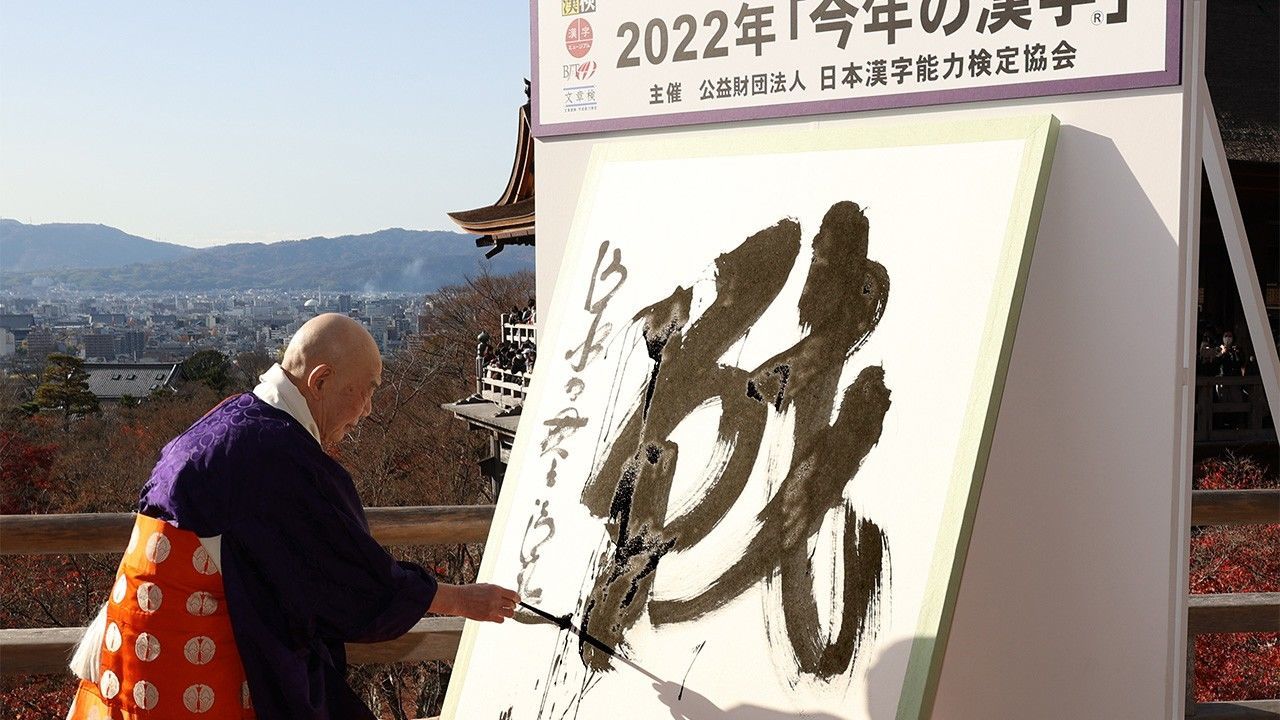 Kanji of the Year for 2022: Strife Comes Out on Top

Society Language Dec 12, 2022
The 2022 kanji of the year, selected in a popular vote, was 戦 (ikusa or tatakau, meaning “conflict” or “battle”). A look at the top ten finishers in a year marked by strife on the battlefield, as well as healthier struggle in the sporting arena.

The past year as summed up by Japan’s kanji-watchers came down to one character: 戦 (ikusa, or the verb tatakau, meaning “conflict”). On December 12, a date matching the numbers 12/12 with the phrase ii ji ichi ji, or “a single good character,” this winner was announced by the Japan Kanji Aptitude Testing Foundation as the Kanji of the Year for 2022.

On December 12, 2022, the Japan Kanji Aptitude Testing Foundation announced the results of its public opinion poll to determine the kanji of the year. The single character best describing 2022, according to 10,804 entries out of a total of 223,768 received, was 戦. Pronounced as sen in words like 戦争 (sensō), war, and ikusa (battle) on its own, this character meaning “strife” or “conflict” was selected on nearly 5% of all entries.

Leading the pack of reasons given for the selection of this character was Russia’s war against Ukraine, which began in February this year. People choosing 戦 had other reasons, though, including North Korea’s belligerent repeated launches of missiles toward Japan and across Japanese airspace, as well as the “struggle” seen among consumers trying to keep their heads above water as prices continued to rise while incomes remained stagnant. Other voters chose the same character based on its appearance in contexts like the Beijing Winter Olympics toward the beginning of the year, the dramatic competition in the Japanese pro baseball world this season, and the ongoing clashes in the soccer World Cup finals in Qatar.

Voting for the kanji of the year takes place via postal mail, in person at bookstores and libraries, and through internet-based voting. This year, 戦 came out only slightly ahead of 安 (an or yasui), bearing the opposite meanings of “peace” and “stability,” as well as “contentment” and even “inexpensive.” Below we give the top-ten list of finalists in the popular vote.

The fifth-place finisher, 争, commonly appears alongside this year’s winner in 戦争 (sensō, “war”). Many voters also noted the conflict in Ukraine as their reason for selecting 悲 (sadness), the seventh-place finisher in 2022 voting, and 安 (peace) made it to a close second-place finish on the strength of voters who wished for an end to hostilities there.

Not all voters selected their characters out of negative sentiment, though. While economic concerns were behind many votes for the second- and fourth-place finishers, appearing in compounds like 円安 (en’yasu, the depreciation of the yen) and 物価高 (bukkadaka, the rising prices consumers now face), there were also many votes cast for 新 (shin, as in the “new” stars in Japanese baseball, pitcher Sasaki Rōki and this year’s home-run king Murakami Munetaka). And 楽 made its strong third-place finish on the back of votes from those who welcomed the new era of “ease” with which they could dine out and travel around Japan as pandemic restrictions faded away. 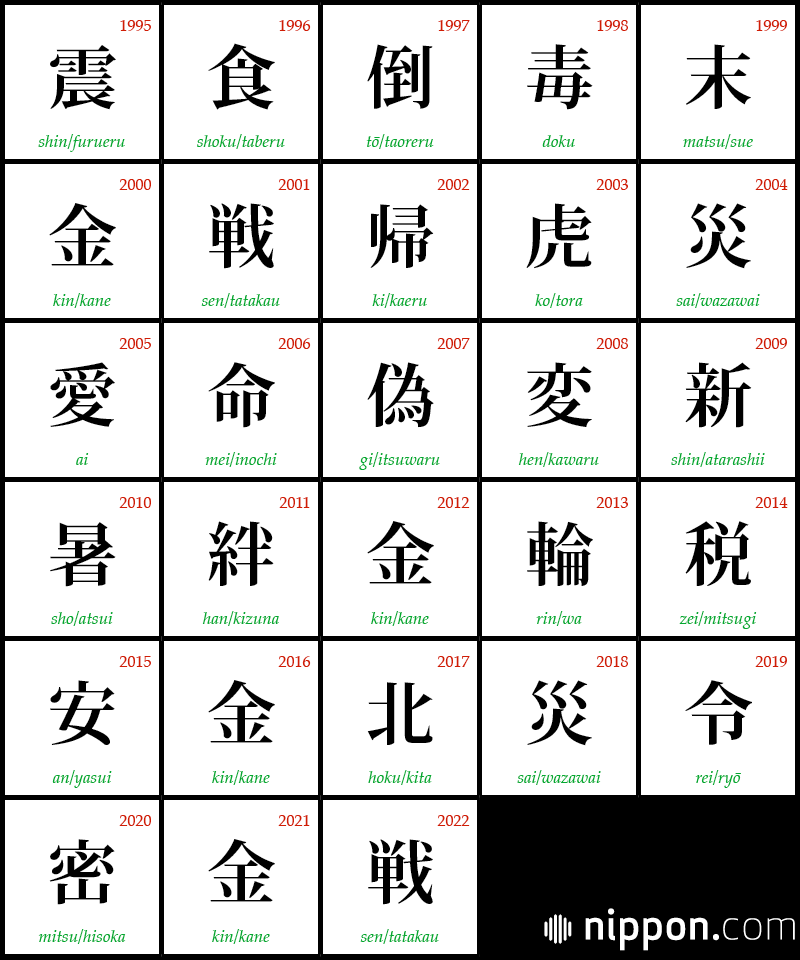 (Originally written in English. Banner photo: Mori Seihan, head priest at Kiyomizudera, writes 戦, the Kanji of the Year for 2022, on December 12 at the Kyoto temple. © Jiji.)