Society Jan 18, 2019
Nearly all criminal cases that go to trial in Japan end in a guilty verdict. Two veteran legal scholars explain how Japan came to have a 99.9% conviction rate and examine the issues facing Japanese prisons.

INTERVIEWER  How did Japan arrive at its current criminal law system?

MURAOKA KEIICHI  Criminal law in Japan can be divided historically into the prewar and postwar systems. In the Meiji era [1868–1912], when the country was rapidly modernizing, Japan promulgated a Western-style constitution that established the emperor as the sovereign head of state. Under that document it had an inquisitorial system modeled after Germany. Following World War II, it adopted the Constitution of Japan establishing the sovereignty of the people, and under the influence of American legal concepts it changed to an adversarial system.

Switching legal systems represented a fundamental shift in Japan’s approach to law. However, it wasn’t a clean break, as Japan rolled many institutional legacies of the Meiji system into the postwar framework. The result is that the Japanese legal system differs from the American model to such a degree that many law experts consider it not a true but a pseudo-adversarial system.

The Role of Judges

INTERVIEWER  What are the main differences between the inquisitorial and adversarial systems?

MURAOKA  The inquisitorial model is a two-sided system, with an investigating judge representing the state and a defendant. It is closer to Japan’s traditional criminal law system, with the judge taking an active fact-finding role by reviewing evidence, questioning the various parties to establish facts, determining what information is applicable, and then passing judgement.

By comparison, the adversarial system is three-sided, consisting of a neutral judge, the prosecution, and the defense. Under this arrangement the judge does not take an active role in investigating but serves as an unbiased referee, weighing the cases brought by the prosecution and defense and ruling according to the veracity of the evidence and testimony.

MURAI TOSHIKUNI  The state dominated the prewar system to such a degree that in the courtroom the public prosecutor sat along with the judge up on the stand, overlooking the defense lawyer and defendant. This arrangement was abolished when Japan adopted the adversarial system, giving partisans equal opportunity to argue their case before the judge, and the prosecution now sits opposite the defense.

However, this doesn’t mean that the Japanese legal system has changed completely. Japanese legal scholars today would hardly espouse returning to the prewar system, but many firmly believe that judges should take a degree of control over proceedings instead of allowing lawyers to argue each aspect of a case in minute detail. Of course there are dangers in this view, not least of which is the fact that some old-line judges firmly believe they can tell if the defense is being truthful without needing to review all the evidence in a case. 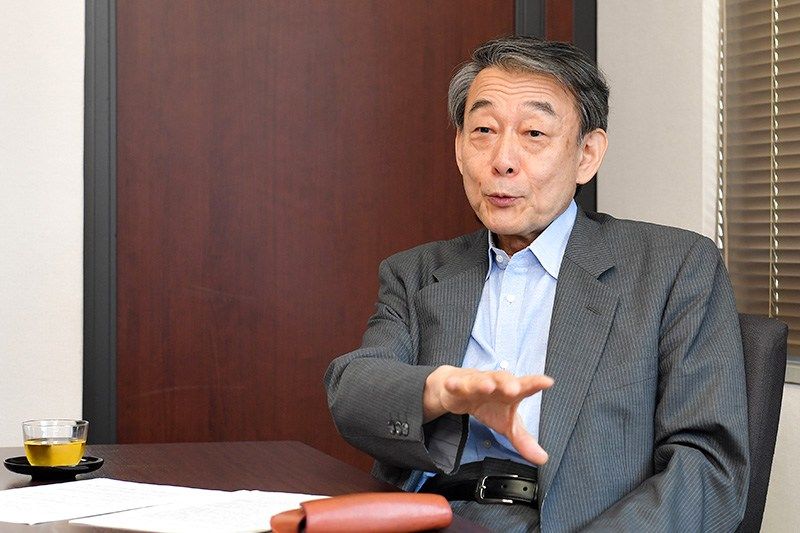 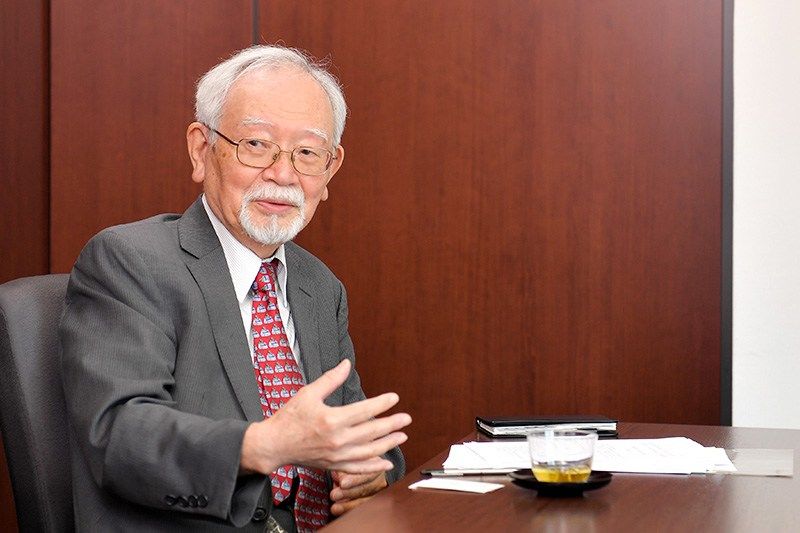 MURAOKA  Unquestionably, some on the bench feel their ability to read a case is infallible. As a result of this and other issues, lawyers and criminal law experts are divided on how to evaluate Japan’s hybrid legal system. There are those who extol its merging of aspects of the inquisitorial and adversarial models. Then there are purists like me who consider Japan’s pseudo-adversarial system to be severely flawed.

Take, for example, the investigation process. Suspects are denied access to a lawyer while being questioned in order to squeeze a confession out of them. Courts even allow the practice. There is also a heavy reliance on documentary evidence that creates a pretrial air of guilt that can influence how a judge tries a case.

Power of the Prosecutor

MURAOKA  It’s said that Japan’s judicial system is based on the idea that it is better to let a hundred guilty people go free than falsely convict one innocent person. In reality, though, prosecutors and the police prefer the more balanced approach of sparing the innocent while assuring that the guilty are punished.

One issue is how to determine the facts when the prosecution and defense present conflicting accounts. Not every case is clear cut, which is why the presumption of innocence must be a priority. Regrettably, this ideal is not shared equally by prosecutors, the police, or Japan’s legal system as a whole.

Naturally the prosecution goes to great lengths to ensure that criminals get their just deserts, but in doing so they also exercise a high degree of discretion in deciding which cases to pursue. Public prosecutors typically concentrate on suits where conviction is almost guaranteed, leading to the suspension of around 60 percent of criminal cases in Japan without an indictment.

MURAI  One critical issue is that judges are not doing so. Whether sitting in a summary court or on the grand bench, judges are expected to follow the ironclad rule that a defendant is innocent until proven guilty. All too frequently, though, court rulings ignore this fundamental principle.

There are of course many on the bench who are capable of hearing cases with an unbiased ear, but they are in the minority. It goes without saying that judges must uphold the standard of presumed innocence, but for this to happen defense lawyers need to step up and take on a greater role in proceedings.

Judges are obligated to give all aspects of a case equal consideration to keep the scales of justice from tipping in favor of the prosecution. As this isn’t happening, defense attorneys need to study the law more thoroughly and carefully follow proceedings to ascertain the leanings of the bench and act accordingly. There’s also a need for judges to learn how to avoid implicit bias.

MURAOKA  The prosecution has too much authority and the defense has too little. This would not be the situation if Japan had a bona fide adversarial system, but the fact of the matter is that the balance of power in Japanese courts is skewed.

In any legal system the state has an advantage of power. This is why countries like the United States with adversarial judicial models have measures such as exclusionary rules built into the legal framework to protect the rights of the accused.

Japan has been deficient on this point. The prosecution exerts its authority to the detriment of the defense, and this imbalance has been allowed to become the status quo. This and the other issues I mentioned previously are what have produced Japan’s 99.9 percent conviction rate.

Judicial Fear of the Prosecution

INTERVIEWER  How do these factors come together to create Japan’s high conviction rate?

MURAOKA  The simple answer is that prosecuting attorneys have broad discretion to suspend suits, even when there is substantial evidence, and only pursue cases that are certain to end in indictment. The reason that some 60 percent of cases are deferred is because public prosecutors are overly concerned about losing a case and tarnishing their reputation.

Source: Ministry of Justice, Annual Report of Statistics on Prosecution

MURAI  Japan adheres to the idea of “precision justice,” whereby prosecuting lawyers are under strict judicial requirements to thoroughly investigate cases to make them nearly airtight. Even so, though, there are defendants who plead innocent. The question in these cases is whether the judges are willing to listen to their pleas with an unbiased ear.

I have heard some judges admit that they fear the level of authority wielded by prosecutors. This creates a situation where they are unlikely to hand down a verdict of not guilty—a decision that would nearly always lead to the prosecution appealing the verdict, potentially overturning the decision in the higher court. This makes it exceedingly difficult for judges to acquit a defendant.

Convictions Across the Board

INTERVIEWER  How does Japan’s conviction rate compare to other countries?

MURAOKA  The conviction rate in most countries, including those with plea bargain systems, is generally over 90 percent. Many trials do end in acquittals, though. By comparison, Japan’s 99.9 percent conviction rate is unnaturally high.

Prosecutors in any country generally pursue cases where they are confident of a positive outcome. However, they are still required to prove the defendant’s guilt beyond a reasonable doubt. Japan’s conviction rate creeping toward 100 percent has raised red flags among legal scholars overseas who question whether judges are actually ruling according to the law or are merely deferring to the prosecution.

Some experts suggest that Japan’s overemphasis on achieving just results at the expense of protecting the rights of the accused results in “rough justice,” although I think the situation can be explained partially in terms of different legal cultures. In Britain, for example, prosecutors use what is called the “51 percent rule” as a baseline in deciding whether to pursue a case, with the figure describing their confidence that a jury will decide in their favor. In Japan, going to trial with such a low level of assuredness of the outcome would be unthinkable. 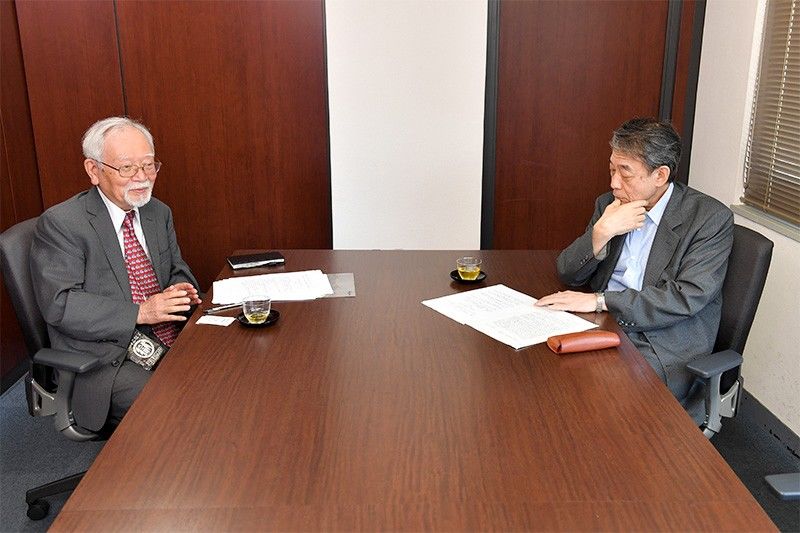 INTERVIEWER  Japan’s recidivism rate is said to be high, but is this really the case?

MURAI  The Japanese press like to make a big deal about the recidivism rate, but there are a lot of factors that make it an inaccurate gauge of crime. It is better to focus on the actual number of reoffenders, which is declining.

In 2016 the recidivism rate was 48.7 percent, which admittedly is high. However, authorities came up with that figure by comparing overall crime figures against first-time offenders. This masks the fact that crime is on the decline overall and makes it seem that recidivism is growing. 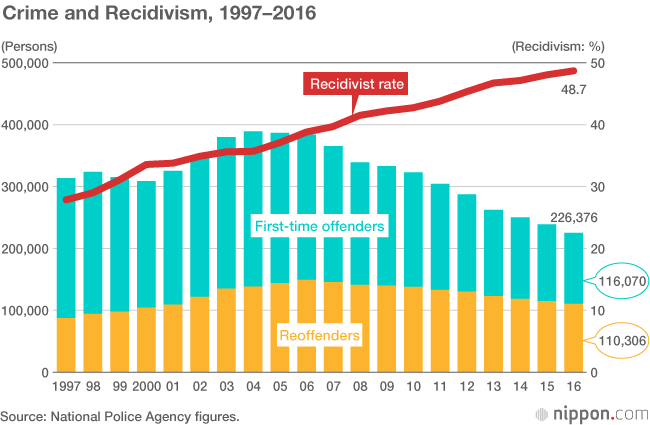 MURAI  The press likes to focus on the negative aspects of Japan’s penal system while ignoring the falling number of reoffenders. Japanese prisons actually have a very good reputation internationally. Prisoners go through rehabilitation programs aimed at helping them return to society and keeping them from reoffending. By comparison, the penal systems in many countries just lock prisoners away, making it hard for them to integrate back into society when they finally get out.

While there are positive aspects of Japan’s correctional system, it’s also important to recognize the problems. One is the military-style organization of prisons. Inmates must adhere to a long list of regulations, including how they fold bedding and wash their face. You’d be hard-pressed to find such a long litany of rules as those that exist in Japanese prisons, and Japan has drawn international criticism for this martinetish approach.

The most pressing issue, though, is the poor level of medical care. Inmates become ill like other people, but because they are incarcerated they have limited options for treatment, and health conditions often go unattended. This situation is of great concern to inmates and can only be described as unjust. The Ministry of Justice is working to address the issue, but has yet to come up with a solution.

(Originally published in Japanese based on an interview by Takahashi Yuki of Power News. Interview photos by Igasaki Shinobu. Banner photo: A trial takes place in March 2018 at the Naha District Court. © Jiji.)