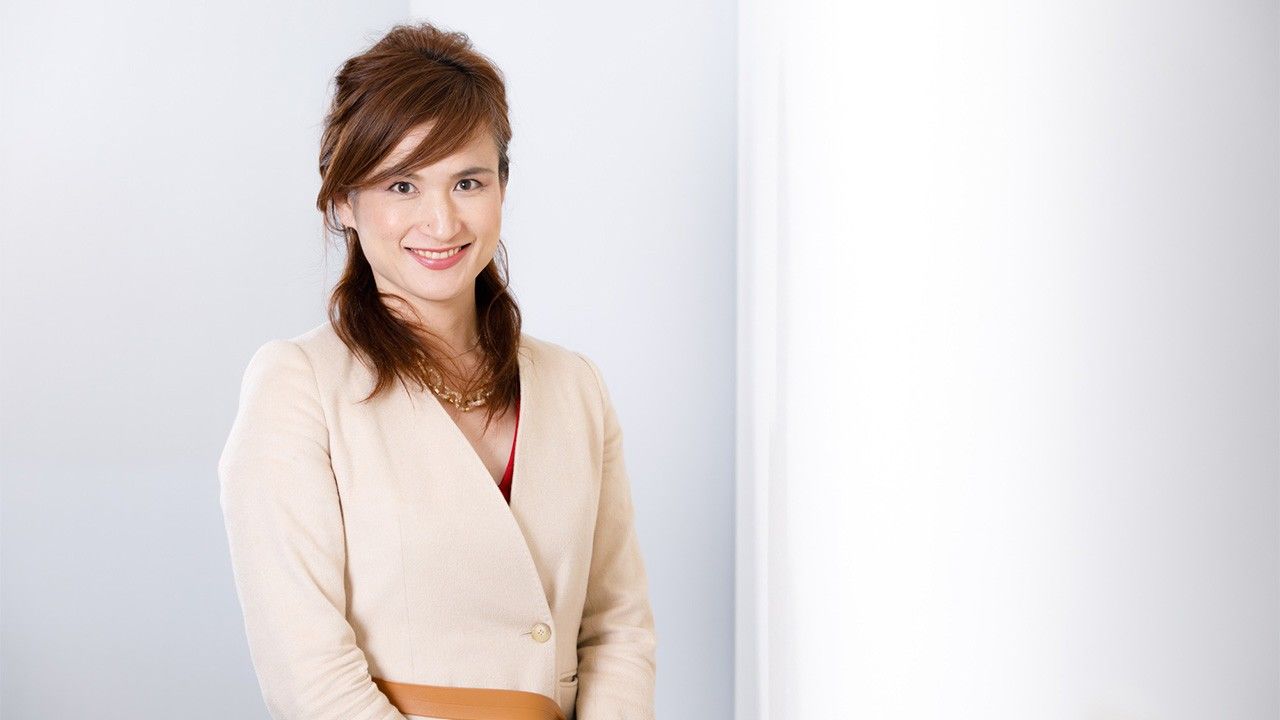 “This Is Me”: Nippon Television’s Tanio Toshimi on Being True to Oneself

Society Feb 8, 2019
Transgender commentator Tanio Toshimi debuted on News Zero around the time that Diet member Sugita Mio made headlines for describing the LGBT community as childless and “unproductive.” While LGBT people working in entertainment are by no means unusual, Tanio is currently the only such individual appearing on a Japanese news program. We asked Tanio about coming out to her employer as transgender and her decision to join News Zero.

Tanio Toshimi kicked off her maiden appearance on the nightly program News Zero in October 4, 2018 with the following message: “I’m Tanio Toshimi. While I joined Nippon Television as a man, I’ve spent the last seven years living as a transgender woman and working in NTV’s film division.”

When Tanio was first approached about appearing on News Zero, she assumed that she would be a guest on a segment about the LGBT community. In fact, though, the News Zero team wanted her to discuss a range of topics in the role of guest commentator. A transgender person had never before appeared on a Japanese news program in such a role, and Tanio says this is what made her decide to say ‘yes’.

“Having worked for many years in a news bureau, I understood the weight and implications attached to the commentator role. I knew that by accepting NTV’s offer I would be taking on a huge responsibility. I also knew that by appearing on the show, I, along with my transgender status, would become public knowledge. I would have faced the consequences of going on the show, whether I liked them or not.

The message Tanio delivered on News Zero showed her resolve. 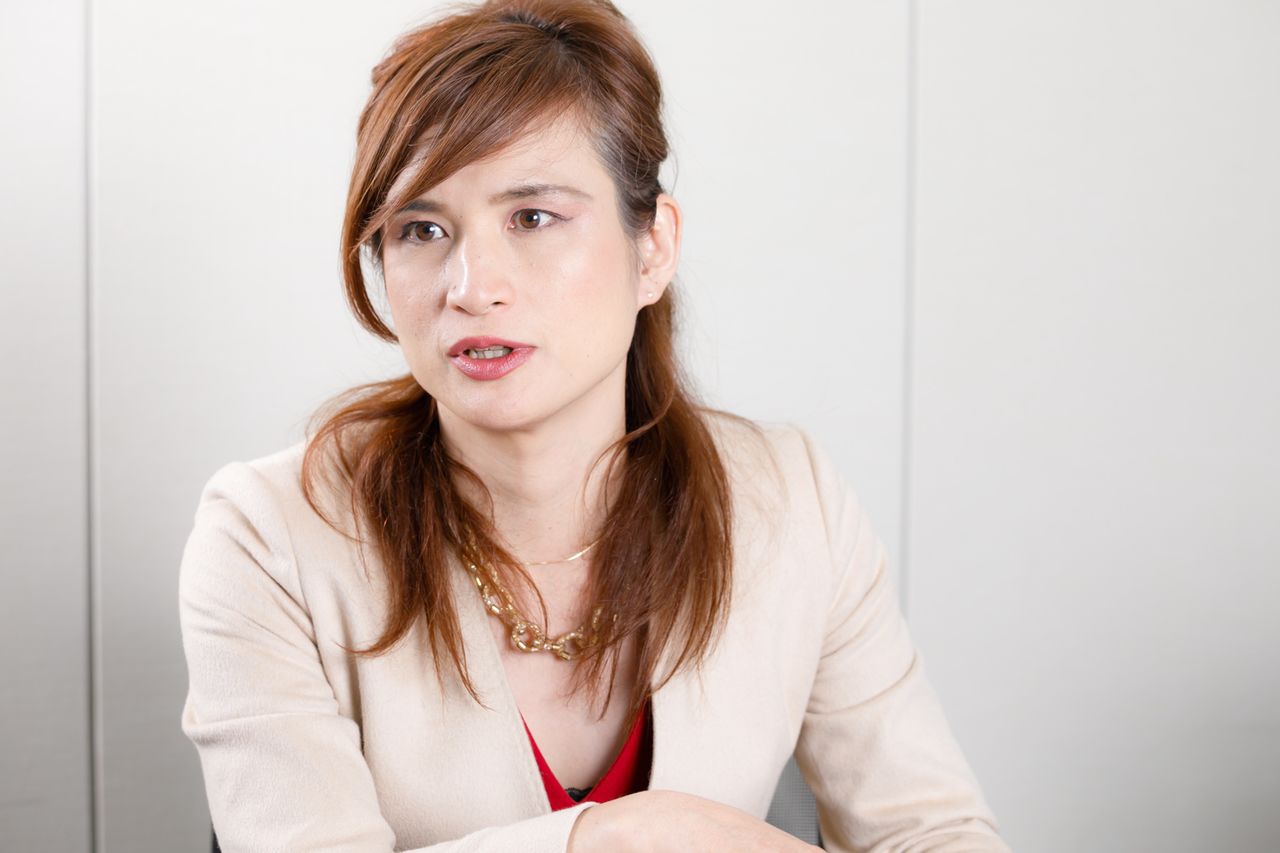 Wanting to Be a Woman

We asked Tanio about life before her career in television journalism.

“Since my childhood in Kobe, I was never comfortable as a male. I dreamed of becoming a girl one day. However, I grew up during the “new half” craze of the 1980s, and the transgender women you saw on TV tended to work in the service industry. They would leave home or drop out of high school to perform in cabarets. While on one level I envied these “new half” women, I did question whether this was the only career open to the transgendered: I wanted to pursue my own path. Ultimately, I ended up living as a man, going to university, moving to Tokyo, and eventually getting my master’s degree. I even dated women.”

Tanio recalls how the Serbian director Emir Kusturica’s 1995 film Podzemlje (Underground) made a huge impression on her while at university.

“Underground is the story of how Yugoslavia resisted Nazism and endured the Cold War and civil conflict before ultimately being broken up. It’s an epic film that shows humanity in all its greatness, perversity, sadness, adorability, folly, vibrancy, and strength, all tied together with beautiful Gypsy music. It was Underground that made me want to be a filmmaker.”

Tanio went onto join Nippon Television in the hope of becoming a film producer, but was assigned to news instead. Under a heavy workload, Tanio’s desire to transition gradually faded. It was at that time that Tanio was posted to Egypt to head up her network’s Cairo bureau.

“Being the only Japanese employee in the Cairo bureau naturally gave me more time for reflection. I was thirty-one—an age when a lot of people start to reflect on their lives. I decided that I would rather die than live the rest of my life as a man. I started growing my hair longer and dressing more androgynously. Working in a job that required me to appear on TV, I began to express myself.

“We Never Know When We’re Going to Die”

Tanio began her five-year stint at the Cairo bureau in April 2005. While US President George Bush had already declared the end of major combat operations in Iraq, the Iraq War continued to drag on, and Afghanistan and Pakistan were also frequent targets of terrorist attacks.

“I naturally spent much of my time reporting from places ravaged by terrorist attacks and wars, in which loss of life is routine. The experience taught me that we never know when we’re going to die. I decided that I wanted to live my best life so that I would have as few regrets as possible if my life was cut short.”

Before being posted in Egypt, Tanio reported on the aftermath of the 2004 Boxing Day tsunami, in which a magnitude 9.0 earthquake centered in the Indian Ocean triggered a massive tsunami that struck surrounding coastlines, claiming over 200,000 lives.

“Communities were reduced to rubble for as far as the eye could see. I remember thinking that this was the most devastation I would ever see in my lifetime. And yet, on March 11, 2011, Japan was hit by the Great East Japan Earthquake. That experience made me appreciate that Japan wasn’t immune to such disasters, and strengthened my resolve to live true to myself. After all, my next day could be my last.”

Coming Out at Work

Tanio returned to Japan thinner, fairer, and with longer hair—the difference was noticeable. Her colleagues commented on Tanio’s adoption of what they saw as an androgynous look, like that of Japan’s musicians sporting the visual kei style. The office even began to speculate just “how far Tanio would go” with her transformation. Tanio felt that she would not be able to change her appearance any further while continuing to appear on TV. As chance would have it, at around this time Tanio was transferred to a film unit within NTV’s programming department. Here, she would go onto produce the movie programs Friday Roadshow and Eiga Tengoku (Film Heaven).

Tanio’s new boss was a woman. “She was very approachable and supportive. Feeling that she was the kind of person who would understand me and give me guidance, I decided to come out to her as transgender in the autumn of 2012.”

Tanio took the precaution of obtaining a diagnosis from a gender identity specialist before coming out as transgender at work, as she did not want people to think she was dressing as a woman “for kicks.” However, Tanio says that she herself places little value on such diagnoses because she sees gender identity as a personal life choice. Supported by her boss, Tanio then proceeded to come out at her workplace one step at a time, eventually securing the blessing of her employer.

Tanio’s boss thanked her for sharing, and advised her to step up the pace of her transition. No longer required to appear on television, Tanio started to dress more femininely and wear makeup.

It was at this point that Tanio received an offer to appear on News Zero, one that would make waves.

“It was great to receive praise and positive feedback from so many people. At the same time, I want to become a woman, as opposed to a ‘transgender woman.’ While I want people to see me as a woman on News Zero, I’m still visibly transgender, so I’m always conscious of the need to try harder. However, seeing as I’ve decided to make a stand, while I don’t necessarily want to be a poster girl for the movement, I do hope to convey some kind of message.”

In December 2018, Tanio was transferred to NTV’s film production group, where she now has the producer’s role she hoped for when she first started working in television.

“I often feel that sexuality isn’t the most important prescriber of an individual’s attributes. In the United States, LGBT characters in film and television are now cast in a variety of roles. You see transgender detectives and lesbian lawyers. In Japan, however, I think characters are still defined by their sexuality. I would like to see more LGBT characters cast in ordinary roles.”

Tanio’s eyes light up when the conversation turns to film. Her top pick for a representation of member of a sexual minority in film was the 2018 Chilean film Una mujer fantástica (A Fantastic Woman).

“The film has a transgender protagonist, Marina, played by the transgender actress Daniela Vega. Marina suffers discrimination and injustice after the death of her boyfriend and struggles to stay herself to be faithful to his memory. I loved the film’s depiction of Marina and the poetic dialogue and soundtrack.” 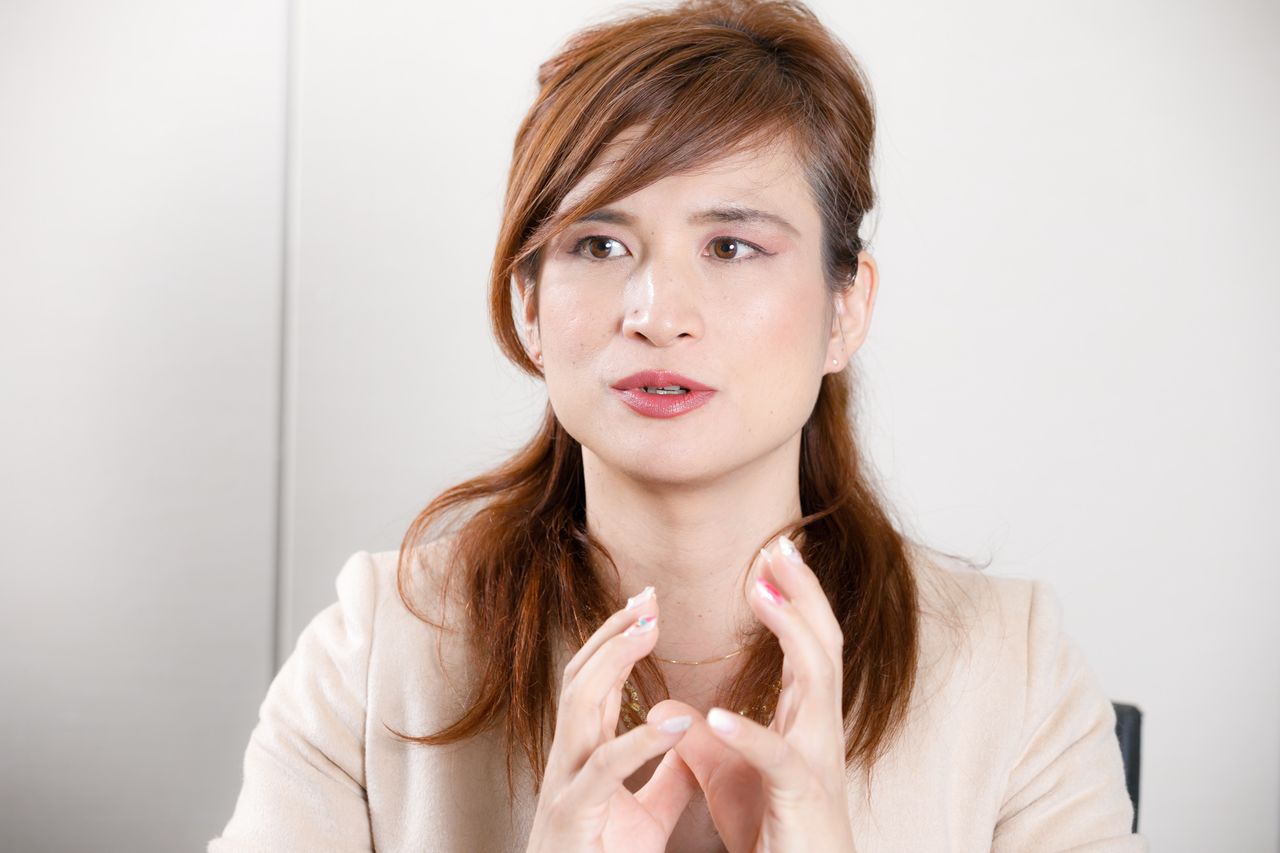 Tanio’s favorite films in the entertainment category are the Lord of the Rings series. While she was in Cairo, she screened the movies for her Japanese friends at her home.

Her favorite film of 2018 in this category is The Greatest Showman, a musical adaptation of a true story of a man who brought together a group of outcasts to create a successful show-business act.

“‘This is Me,’ sung by the bearded lady, had me in tears. I was moved by the powerful self-affirmation of the lyrics.”

(Originally published in Japanese on January 21, 2019. Reporting and text by Kuwahara Rika of Power News. Photographs by Imamura Takuma.)