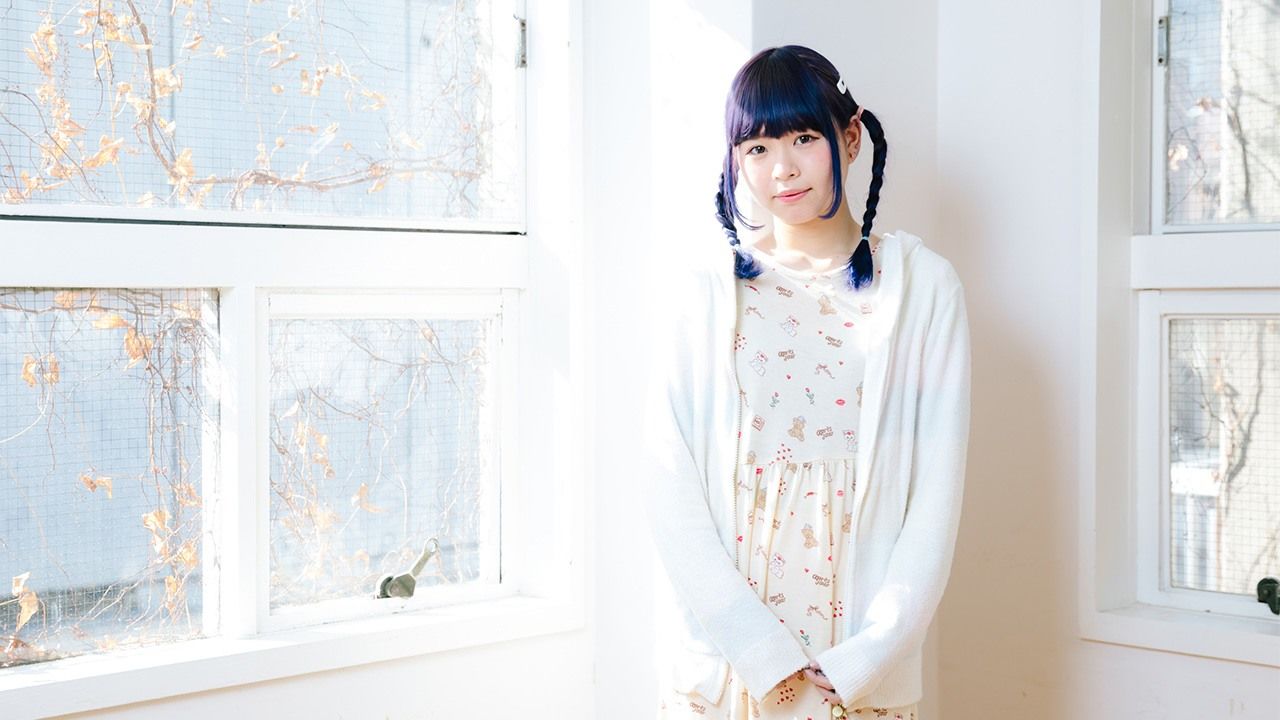 Behind the Glitter of an Idol’s Life: Hard Work and No Pay

Culture Society Apr 11, 2019
In Japan, the term “idol” (aidoru) once referred to a starlet popular more for cute looks and personality than for acting or singing talent. Today the term has fractured to cover a broad range of subgenres. The life of a minor idol is far from easy, though, as the “underground idol” Tsubasa Minmin knows all too well.

Skimping on Train Fare to Buy a Meal

Tsubasa Minmin is a freelance solo musician who currently goes by the name Harajuku Minmin. She was once an “underground idol,” though—a performer who put on live performances for exclusive audiences of just a dozen or so fans in small venues. What made her get into this line of entertainment work?

“As a junior high school student, I was a big fan of the idol girl group AKB48,” says Tsubasa. “They were so cute and so cool. I auditioned twice for their sister group, SKE48, which is active in the Sakae district of Nagoya, but didn’t make it. Later, I successfully auditioned for an underground idol group after seeing their ad in a magazine.”

The group had 10 members, girls ranging in age from 12 to 23. Tsubasa was still a minor then, and her parents accompanied her to the information meeting held at the group’s office.

“We were told they couldn’t pay us anything at first, but they would offer us a contract promising to pay us once we became popular. They did give us 5,000 yen a month for travel expenses, but we put on live shows almost every day and the money wasn’t nearly enough to cover the cost of going to the performance venues in places like Tokyo’s Shibuya.”

Tsubasa was enrolled in a music school at the time. On weekdays, she attended classes at the school during the day and performed with the group in small club venues in the evenings. It was always around 11:00 at night by the time she got home. On weekends, there were three stage performances each day in addition to morning venue performances from 9:30 to 11:00. This left Tsubasa with no time to take part in ordinary activities like her peers, like doing part-time work for a bit of spending money.

“I was always broke,” she recalls. “I would sell my CDs and sometimes I would walk from Roppongi to the club venue in Shibuya to save the 200-yen train fare so I could buy a snack at a convenience store. The club venues charged 2,000 to 3,000 yen for entry, plus 600 yen per drink. Fans were also charged 1,000 yen to have an instant photo taken with us. None of this income was passed on to us, though.” Her manager told her the money was used to pay for operating expenses. It was some time later when she learned that at other places, underground idols were paid 40% to 50% of the photo fees.

At first it didn’t bother her so much that she wasn’t being paid. At the time, she says, she just wanted the group to break into the big leagues, so she never asked for money. For various reasons, she says, this was common among the members of the band. “Some of the girls treated it like a school club activity. They didn’t think of it as a job.”

When the group’s 40-something male manager talked about frequenting nightclubs where other girls were working, though, something didn’t seem right to Tsubasa. “He even told me to skip my music school classes for our live performances, but I was paying tuition, and I didn’t want to let it go to waste. There was a lot I wanted to learn there.”

A Culture That Allows No Protest

It wasn’t long before the hard schedule got to Tsubasa. She developed a bad cough that wouldn’t go away, and her throat hurt. Still, she continued to perform with the group.

“I began to realize that I couldn’t continue this way. So I went to the managing office and announced that I was sick and was going to quit—that in any case, what I really wanted to be was a songwriter.” The company tried to change her mind, but eventually she was able to quit without any trouble. Only six months or so had passed since she first joined the group.

In 2018, Tsubasa recounted this experience on Twitter. It didn’t take long for others to chime in with similar stories. One Twitter user asked for her advice.

“This girl came from a single-parent family. She told me she felt bad that her mother was paying for her travel expenses. She wanted to know if I thought she should give up trying to become an idol. When you’re only a teenager, your manager and the managing office seem to have absolute authority. Even if you think something is odd, you don’t dare to speak up.”

Generally, she adds, a young woman’s parents are against her trying to become an idol in the first place, so she can’t talk to them either. “It may seem a simple thing to quit, but it’s actually very hard when you’re right in the middle of it all. Personally, I think it’s the adults’ fault for creating this situation.”

Despite her sour experience, Tsubasa says she has not given up on becoming an idol. The job is not an easy one—the aspiring star has to be smiling all the time, even while getting her photo taken with men she doesn’t know.

“Yes, it is hard work being an idol,” she admits. “I’m sure there are others who dislike having to shake hands with strangers and pose for instant snaps with fans. You can find these girls complaining on private social media accounts. Then their comments about ‘boring’ performances or ‘creepy’ fans go viral, and their fans are disappointed.”

But, she states, she has never felt that way. “Actually, most of us performing idols enjoy the experience and are grateful for our fans. If you find it hard to interact with fans, you aren’t going to last very long as an idol. Those of us who keep at it are driven by a strong desire to be recognized. When people like us, we want them to be happy, and that makes us want to put on the best performance we can.” 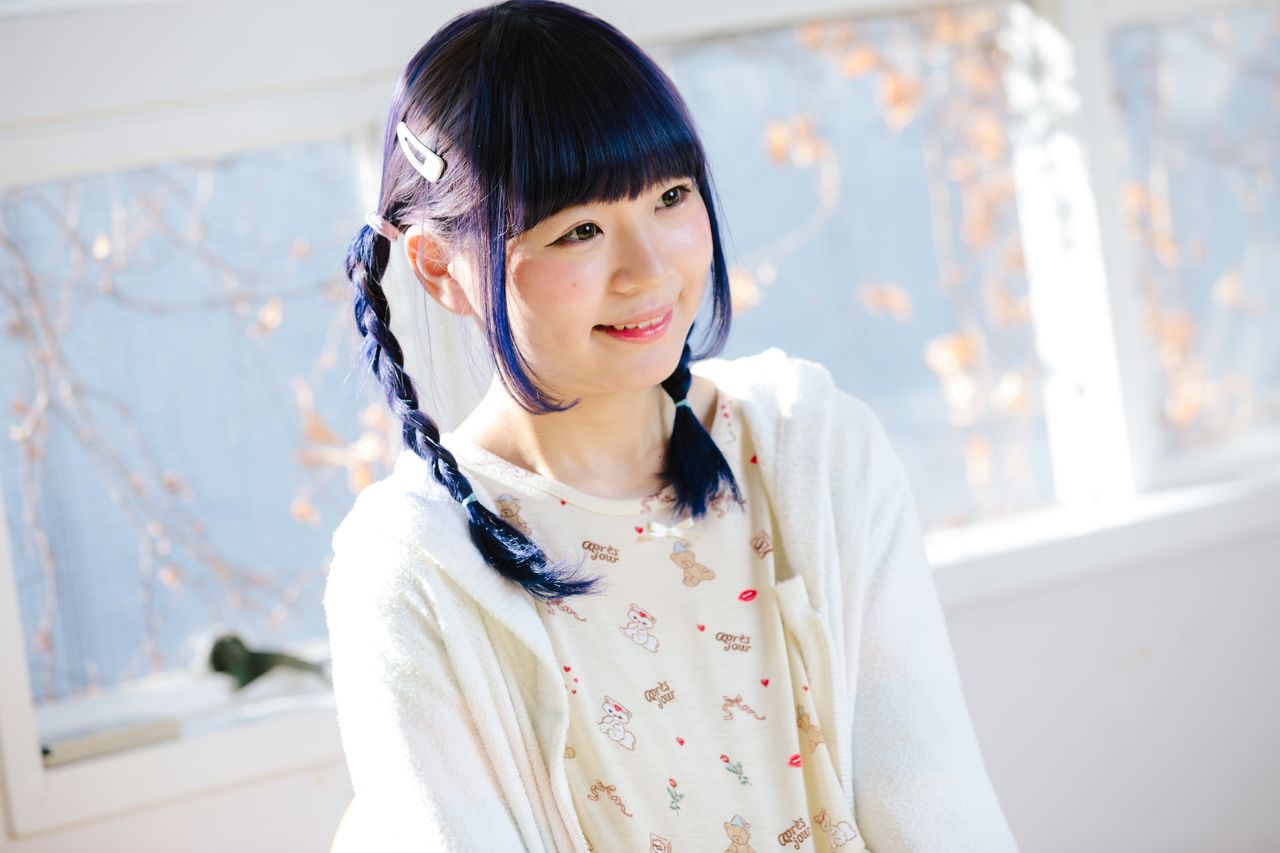 Tsubasa runs down the list of requirements for a young woman thinking of the idol job. “A performance idol sings and dances, shakes hands with fans, and poses for photos. We are especially careful not to destroy our fans’ dreams. For example, it’s taboo for an idol to post a photo with a boyfriend on social media. We also have to be careful that we don’t favor some fans over others.”

This also means, she stresses, avoiding favoritism, such as communicating personally with individual fans through social media or accepting their invitations to meals. “An idol has to be above all that. Our fans see us as an exalted being. Any kind of private interaction would ruin that image and is forbidden. Still, a lot of girls get fired or quit after being caught having personal contact with their fans.”

An Ideal Way to Bow Out

Tsubasa worked for a while as a singer and songwriter after giving up on being an underground idol. She still performs, writing her own lyrics and outsourcing the music writing to others in the industry. She notes that she still acts like an idol in many ways, wearing cute costumes when she sings, maintaining a blog, posting photos on Instagram, and making “idol-like” comments. She still poses for instant photos with her fans, too. Some people berate her for pretending to be something she isn’t, but Tsubasa is unperturbed. “If my fans think I’m an idol, I’m grateful for that.”

To give her career a bit more momentum, Tsubasa tried out for the Miss iD auditions sponsored by Kōdansha, and was selected as a finalist in 2018 and 2019. “Winning the Miss iD award doesn’t mean you will get prize money, a chance to debut, or any kind of work,” she admits. “But the event is meant to highlight the unique characters of all kinds of girls, and there are a variety of awards. Participating puts you in touch with people in the entertainment industry and with other girls who share the same dreams.”

Performing as an idol is not something a young woman can count on continuing indefinitely. What is Tsubasa aiming for today, and what is the end point of her projected career?

“I want to keep music at the center of my activities. Whether they expand to a greater scale or stay as they are now is all up to me. I’d like to see just how far I can go. My vision of the ideal end point as an idol, the moment I decide I’ve done all I can, is to thank my fans, announce that I am retiring, and simply disappear—just like Yamaguchi Momoe did.” The young entertainer admits that she wasn’t around when that happened, but she knows Yamaguchi was an exceptionally popular singer and admires the way she was able to quit in a good way without disappointing her fans or tarnishing her reputation. “That seems like a wonderful way to end a career.”