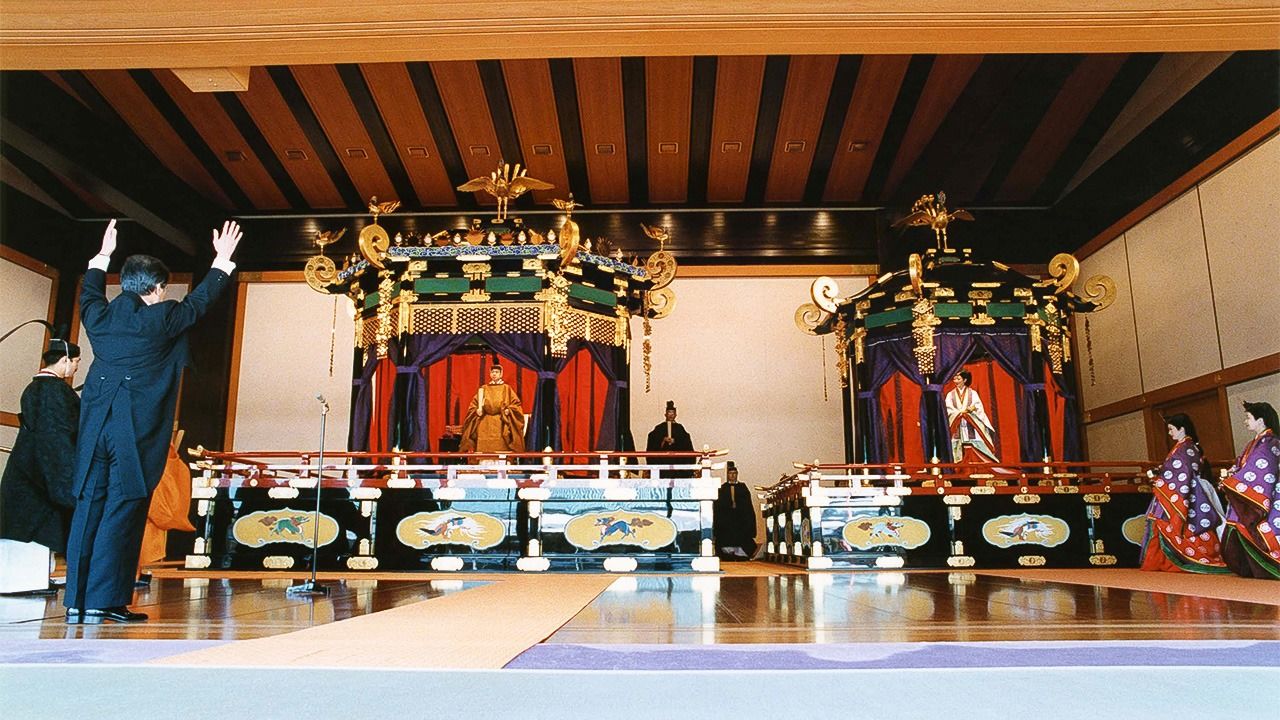 Japan to Spend Record ¥16.6 Billion on Coronation of New Emperor

The Japanese government is digging deep into its coffers to cover the formalities of crowning a new regent. Total expenses for the new emperor’s accession to the throne are expected to reach ¥16.6 billion. Most of the ceremonies and special events are taking place in fiscal 2019, for which ¥14.4 billion has been set aside. The sum also includes funds already allocated in the fiscal 2018 budget and expenditures to be covered in the fiscal 2020 budget. Costs are an estimated 30% higher than when Emperor Akihito succeeded to the throne in 1989. The government says it has tried to rein in expenses by reducing the number of guests and special banquets to be held but that higher expenses for labor and materials have pushed costs up.

Dozens of ceremonies will mark the new emperor’s accession, including a total of nine state functions and cabinet ceremonies over a one-year period beginning in April 2019. The Cabinet Office is in charge of these important events and has set aside a total of ¥3.6 billion in the 2018 and 2019 budgets.

The main ceremonies are the current emperor’s abdication on April 30 that marks his final appearance as the symbol of the state, the new emperor’s ascension ceremony on May 1 where he will receive the imperial regalia, and the enthronement ceremony on October 22. These rites will all take place in the Matsu-no-ma room of the Imperial Palace in Tokyo.

The enthronement, for which ¥1 billion has been allocated in the 2019 budget, is the most significant of these ceremonies. In this ritual, the new emperor, standing atop an elaborate pedestal called takamikura, proclaims to the nation and the world that he has acceded to the throne. The takamikura is kept in Kyoto, and together with a smaller pedestal for the empress, has been dismantled and transported to Tokyo for the ceremony. The budget includes costs for transporting and repairing the pedestals.

In addition to key ceremonies in 2019 and 2020, another 43 events will take place between March and November this year. The government has provided ¥3.2 billion in the Imperial Household Agency’s 2018 and 2019 budgets for these functions.

Controversy over Expenses for the Daijōsai

A central part of the enthronement proceedings is the Daijōsai, a ritual where the new emperor offers newly harvested rice to his imperial ancestors and the gods of heaven and earth, and prays for the peace and prosperity of the nation and its people. This rite will take place in the night from November 14 to 15. The 2019 budget earmarks ¥1.8 billion, including preparations and related expenses in addition to outlays budgeted for in other fiscal years. The overall cost is expected to come to ¥2.7 billion, somewhat higher than the ¥2.2 billion spent when Emperor Akihito acceded to the throne.

The Daijōsai is conducted in specially erected structures in the Imperial Palace East Garden. Costs for building and dismantling these come to ¥1.5 billion in the 2019 budget alone, and the overall amount is expected to reach ¥2.3 billion.

The government has taken various cost-saving measures to control expenses for the Daijōsai and related functions, including reducing the number of guests to 700 from 1,000 and hosting two banquets rather than the usual three. Another area where costs are being pared is the use of wooden planks for the roofing of the three temporary structures rather than the customary thatch, a measure that will save around ¥600 million.

However, disbursements and the source of the money have provoked controversy. Given the ceremony’s strong religious character, Prince Akishino, Naruhito’s younger brother and soon-to-be first in line to the throne, questioned the propriety of spending public money on this part of the enthronement. At a press conference on the occasion of his fifty-third birthday in November 2018, the prince expressed his belief that the scale of the ceremony should be more in keeping with the imperial family’s circumstances and that the money for the Daijōsai should come from the budget set aside for the family’s private expenses. He also voiced disappointment that the Imperial House Agency’s grand steward had refused to consider his point of view.

A similar controversy arose when Emperor Akihito took the throne 30 years ago. Funds set aside for the emperor’s official duties had been used to pay for the Daijōsai, sparking criticism that this went against the constitutional principle of separation of church and state. However, Prince Akishino’s overt criticism of the government’s use of public funds and the high cost of the event caused a furor as members of the imperial family are expected to refrain from expressing political views.

Along with money for the abdication and enthronement rites, the Imperial Household Agency has also earmarked funds for preparing imperial family residences and providing for larger staffs in its 2019 budget.

The agency has set aside some ¥1.2 billion for renovations, mainly at the Imperial Palace in Tokyo where the new emperor and his family will live and at the residence of Prince Akishino, who will become the new crown prince. An additional ¥2.9 billion will go toward expanding staff for the emperor’s family, the retired emperor and empress, and Prince Akishino’s family. Total staff numbers will increase from 159 to 191. Attendants for the new imperial family will increase from 56 to 75, and from 24 to 51 for the new crown prince’s family. Meanwhile, staff for the retired emperor and empress will be cut from 79 to 65.