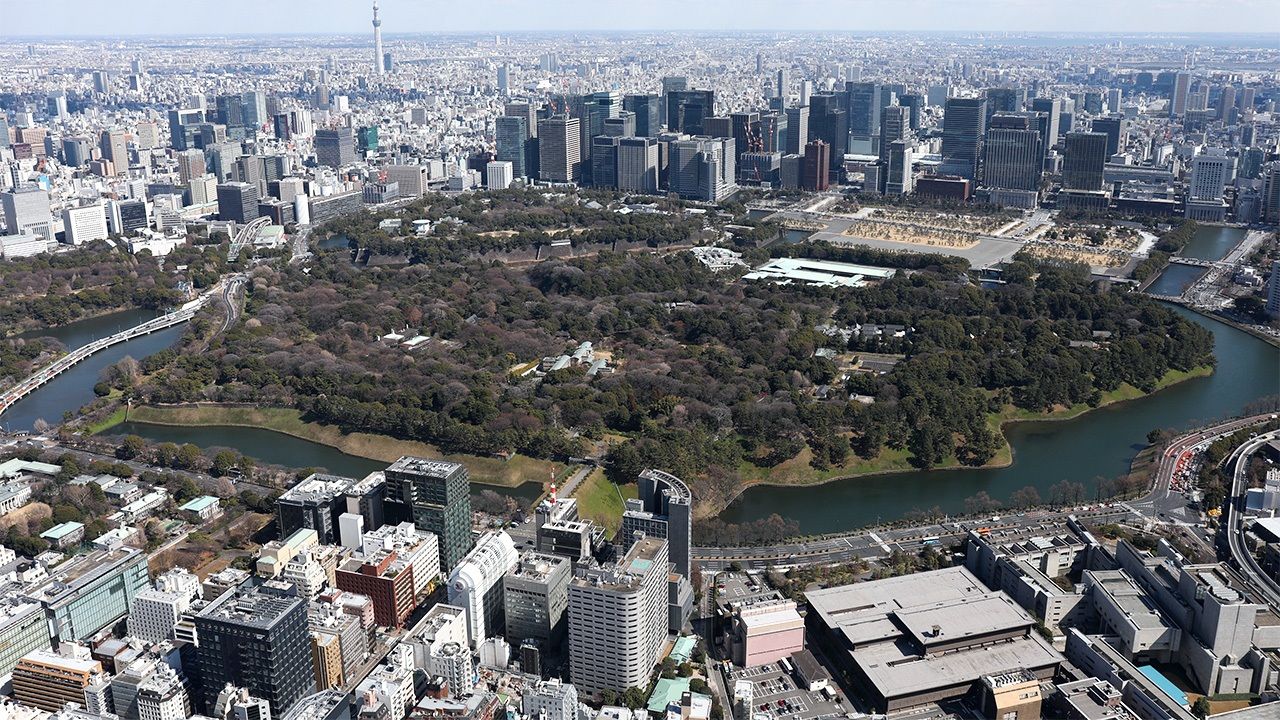 Society Imperial Family Apr 23, 2019
The Imperial Palace in Tokyo is well known, but there are a number of other state properties assigned for use by the Japanese imperial family.

Japan has a number of state properties around the country assigned for use by the imperial family. The most prominent of these is the Imperial Palace in Tokyo, the residence of the emperor and empress of Japan. Located in the center of the capital to the west of Tokyo Station, the palace occupies the ruins of Edo Castle, formerly the seat of power of the feudal Tokugawa shogunate.

The official residence of the emperor and empress was for centuries the Kyoto Imperial Palace. However, in 1868 the Meiji Restoration established a modern state with Tokyo as its capital. The new government designated the castle grounds as the Imperial Palace, and the following year the Emperor Meiji officially moved to the site from Kyoto.

The Imperial Palace sets on 1.15 million square meters of land and is accessed by nine gates located around the premises. The main entrance is at the Nijūbashi Bridge on the southeast corner of the grounds. Inui Street, which runs north to south from the Inui gate to the Sakashita gate, divides the Imperial Palace in half. To the east of the road is the Higashi-Gyoen, a public garden that contains a number of historical structures and ruins like turrets, stone walls, and the old foundation of the main tower of the castle. To the west is the residential area of the imperial couple, closed to the general public, that includes the Fukiage Gardens, facilities for official functions and ceremonies, areas dedicated to traditional practices like observing nature and raising silkworms, and the offices of the Imperial Household Agency, which tends to the affairs of the royal family.

The emperor and empress take part in some 200 official functions each year. Following the 2011 Great East Japan Earthquake and Fukushima nuclear disaster, the royal couple responded to a society-wide movement to conserve electricity by starting to host around 60 audiences and similar events at their private residence instead of the palace building in a bid to save on energy consumption.

The palace grounds are an island of green amid the urban sprawl of Tokyo that are home to a variety of flora and fauna, including fruit- and nut-bearing trees, insects, and even colonies of tanuki—Emperor Akihito is said to have taken part in a study of the furry creatures, sometimes known as raccoon-dogs. Only the Higashi-Gyoen is open to the public, but twice a year, during the spring cherry blossom and the autumn foliage seasons, spectators are invited to enjoy the natural scenery along Inui Street.

Crown Prince Naruhito will ascend the Chrysanthemum Throne on May 1 and will move with his family to the Imperial Palace from his residence inside the Akasaka Estate. Preparations for the move are expected to take some time, though, and Naruhito will travel from his current residence to the palace to perform his official duties until renovations of the living quarters are finished.

Akasaka Estate occupies a little over 500,000 square meters of land, about half that of the Imperial Palace, and is where several members of the imperial family have their residences. After Emperor Akihito abdicates, the emperor and empress will move to the Tōgū Palace, the current residence of the crown prince on the west side of the Akasaka compound. Prince Akishino (Fumihito), the younger brother of Naruhito and second in line for the throne, and his family have their residence on the east side of the grounds. Slightly to the southwest reside members of the Mikasanomiya and Takamado lines of the imperial family. Gakushūin Primary School, long the place of education for young members of the imperial line, is located nearby.

On the north end of the grounds stand the century-old Akasaka Palace, also known as the State Guest House, that is used to welcome foreign dignitaries. The Akasaka Imperial Gardens to the south are the site of spring and autumn garden parties hosted by the emperor and empress and attended by prestigious figures from throughout society.

Other properties in Tokyo include the residence of Prince Hitachi (Masahito), younger brother of Emperor Akihito, in Shibuya, and the Takanawa Imperial Residence in Minato.

Emperor Akihito and Empress Michiko will reside in the Takanawa Imperial Residence while their new home inside the Akasaka Estate is renovated—the work will include making the building easier for the elderly couple to navigate. The pair will also receive new titles. Akihito will be known as jōkō, emperor emeritus, and Michiko as jōkōgō, empress emerita. The Tōgū Palace will be renamed the Sentō Imperial Palace, as the residence for retired monarchs is traditionally so called.

Prince Akishino and his family will remain in their current residence, but the structure will be refurbished to accommodate the increase in staff that comes with his becoming crown prince.

Outside Tokyo are several imperial villas that members of the royal family use for vacationing. The Nasu Imperial Villa in Tochigi Prefecture is a frequent summer retreat. Located in the Nasu Mountains, the main building was built in 1926 and expanded in 1935. In 2008, around 5.6 square kilometers, roughly half the site, was transferred from the Imperial Household Agency to the Ministry of the Environment and opened to the general public as the Nasu Heisei-no-mori Woods. In the wake of the 2011 Tōhoku earthquake, the emperor and empress opened the bath and other facilities at the residence to victims of the disaster.

The Hayama Imperial Villa along the banks of Sagami Bay in Kanagawa Prefecture is another popular summer destination of the royals. It is one of the oldest imperial villas and was a favorite retreat of Emperor Taishō, grandfather of Akihito, who passed away there in 1926. The main residence was torn down and rebuilt in 1981.

A third villa, the Suzaki Imperial Villa, is located in Shimoda, Shizuoka Prefecture. It occupies a secluded spot on the east shore of the Izu Peninsula and even boasts a private beach.

The Kyoto Imperial Palace was traditionally the seat of the emperor and is still used by the royal couple when they visit the region. Many of the current buildings date from 1855 or later and include structures like the state ceremony hall Shishinden where the enthronement of Emperor Taishō and Emperor Shōwa took place. Next to the hall is the Ōmiya Palace, built in 1867.

The imperial house also has a stock farm. Spanning some 2.5 square kilometers in the towns of Takanezawa and Haga in Tochigi Prefecture, the farm rears horses used in various court functions, including those pulling the ornate carriages that escort new ambassadors to visit the emperor. The farm also produces livestock, poultry, milk, eggs, and vegetables for use by the imperial family and guests.

(Originally written in Japanese. Banner photo: An aerial photo of the Imperial Palace in Tokyo taken on March 8, 2019. © Jiji.)