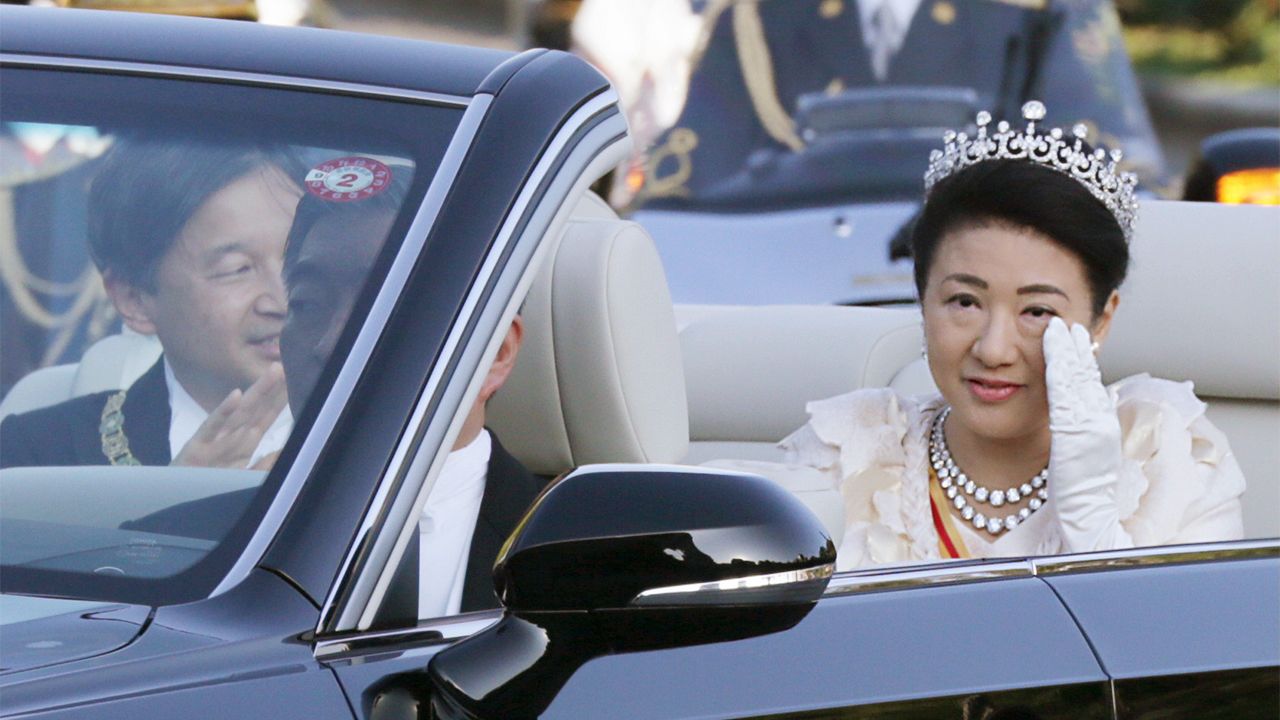 Society Imperial Family Dec 13, 2019
Under the spotlight during the imperial procession on November 10, Empress Masako displayed her emotion and also seemed to reveal the tension she was under.

A Moment of Concern

Emperor Naruhito and Empress Masako watched a national festival held outside the Imperial Palace the evening before the enthronement procession on November 10. As the imperial couple stood on a nearby bridge in the palace from where they could view the stage, the empress was seen to wipe tears away.

On the day of the procession, when 120,000 people lined the streets in celebration, Empress Masako again wiped her eyes several times. Perhaps it was her reaction to receiving good wishes from so many members of the public after the pressure she had faced to produce an imperial heir, and the treatment she has undergone since the 2004 announcement of her stress-induced adjustment disorder. Or maybe her tears represented gratitude for the people who had supported her. In any case, though, “the tears of the empress” left a strong impression. 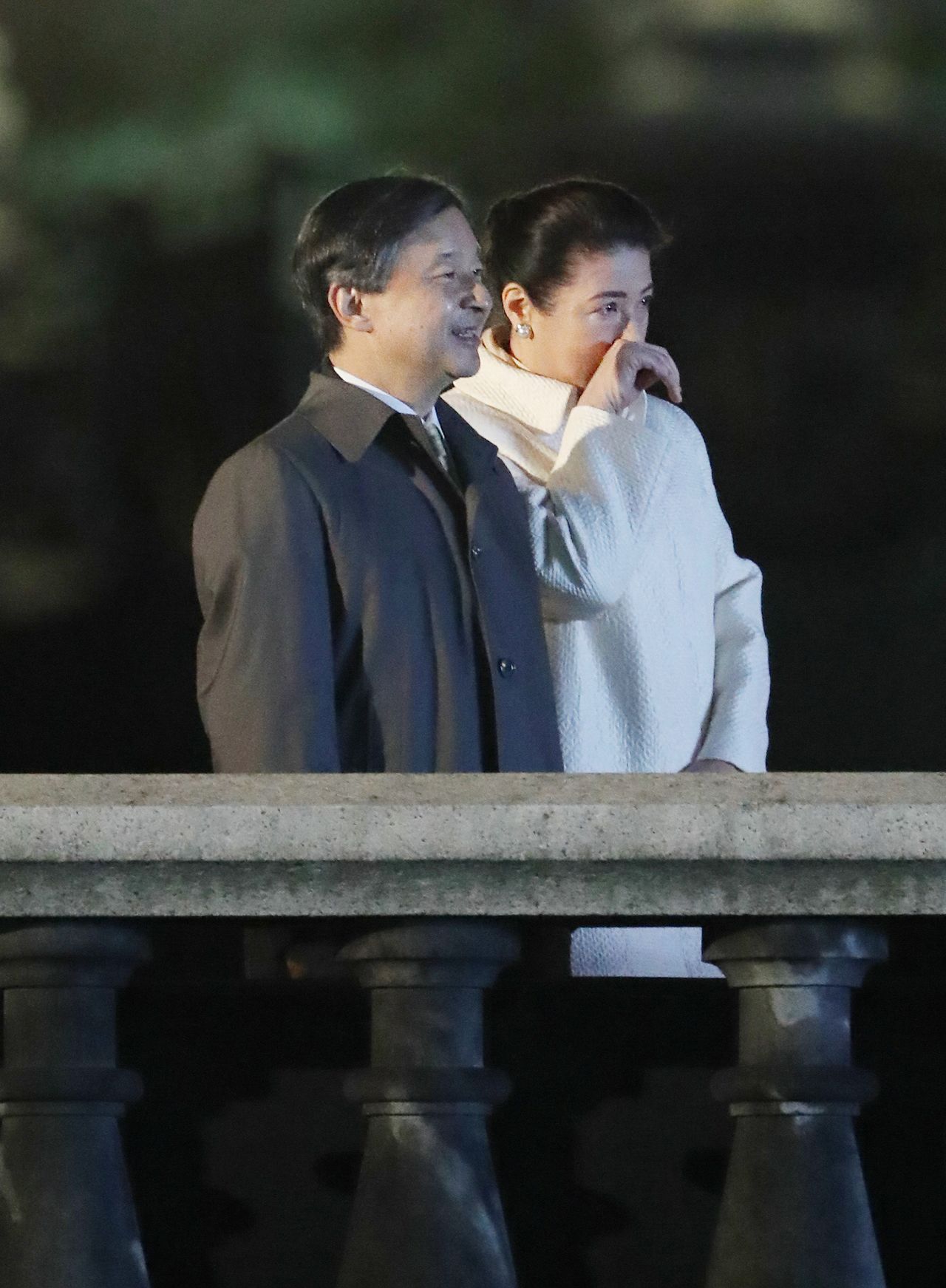 During the 30 minutes of the procession there was one important moment for observers of the empress’s health. The parade began from the palace, and she wiped her eyes as the convertible the imperial couple was riding in proceeded past crowds and landmarks like the National Diet Building. When it passed under the expressway, out of sights of spectators, Empress Masako reached to brush her tears away again. The moment happened shortly after this around halfway through the parade.

Empress Masako suddenly leaned backward to the right. She was in this position briefly before returning to smiling and waving. The car soon crossed a bridge and entered the long straight of Aoyama-dōri. I asked for an opinion of the footage from a medical specialist, who said, “On the Akasaka-mitsuke Bridge, there were no spectators, so it seems the empress abruptly felt a lifting in tension. Having made a public appearance the previous evening, perhaps she dropped off for a moment from fatigue. As a doctor, I focused on how she immediately started waving afterward. She would not act so quickly without a considerable sense of mission. Having returned to her duties, she appears to have recovered greatly.”

Another specialist commented, “As Empress Masako’s body swayed, Emperor Naruhito seemed to notice and speak to her kindly. She apparently reacted to this and was able to recover herself. Seeing how the emperor was fulfilling the promise he made before his marriage to protect his bride, tears came to my eyes. I think his support has been integral to her overall recovery and return to duties.”

The success of the procession also came from the close bond joining the imperial couple, who will be buoyed through the Reiwa era by the warm backing of so many spectators.

Yet even if Empress Masako is back in good health, it is best to refrain from asking too much from the imperial couple. At the end of September, they traveled by train to Ibaraki Prefecture, where the National Sports Festival was held. Because the curtains were lowered in part of the carriage, some people expressed their discontent online that the emperor and empress were out of view.

The present imperial couple, who spent some time in private, such as when eating, were compared with their predecessors, who waved at spectators alongside the train line throughout the journey. The first imperial train journey of Reiwa lasted some 90 minutes, though, and it is unreasonable to expect everything to be done as it was in the Heisei era (1989–2019). Surely, the emperor and empress should be allowed to take an occasional rest. 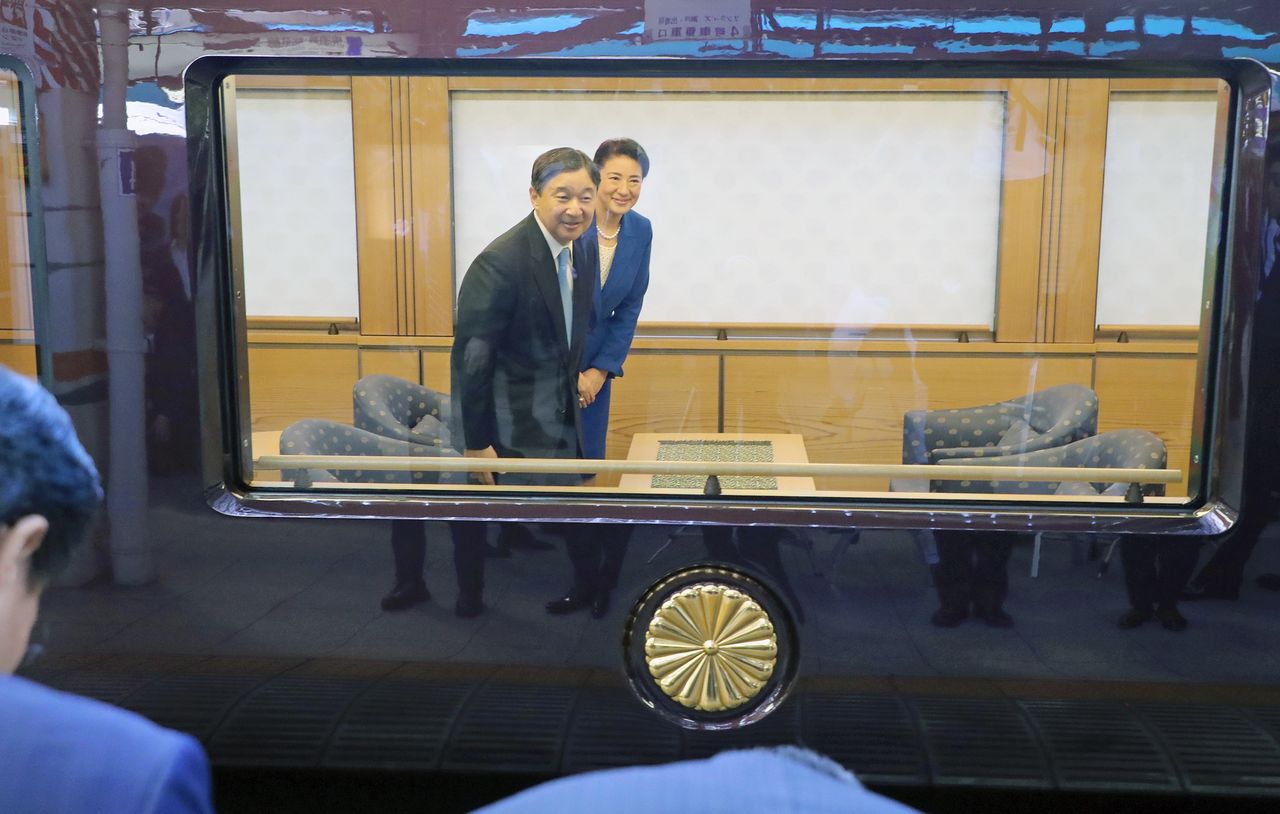 When she was still crown princess on her birthday in December last year, Masako’s doctors stated that while she was on the path to recovery, she still suffered ups and downs and was subject to fatigue. They warned the public that expecting too much could be counterproductive and called for understanding that she should not overexert herself in 2019, a year with many important events. Apparently it was still too early to say that she had made a complete recovery. 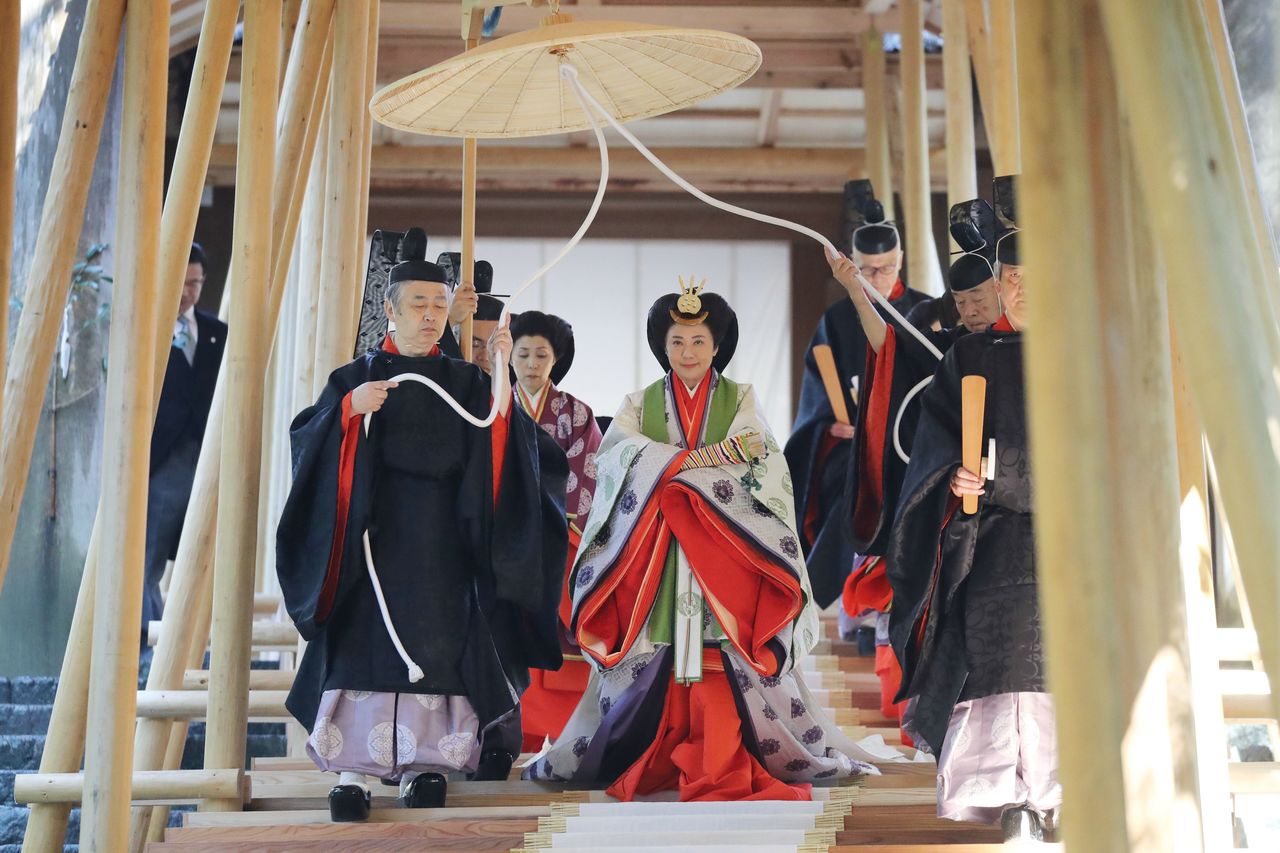 As crown princess, Masako also wrote in 2017 and 2018 of how she was encouraged and supported by the smiles and warm greetings of citizens. She must have had similar feelings upon seeing the enthusiastic well-wishers during the 30 minutes of the procession.

For some years toward the end of the Shōwa era (1926–89), I wrote about the emperor’s medical team, which was led by Takagi Akira. I remember he said that Emperor Shōwa never wanted the Japanese people to worry about his health, so he would never talk about it, and that this is a point that doctors should consider when serving the imperial couple.

It is also an important consideration for the imperial medical team today, particularly when treating Empress Masako.

(Originally published in Japanese on November 27, 2019. Banner photo: Empress Masako wipes her eyes during the imperial procession on November 10, 2019. © Jiji.)