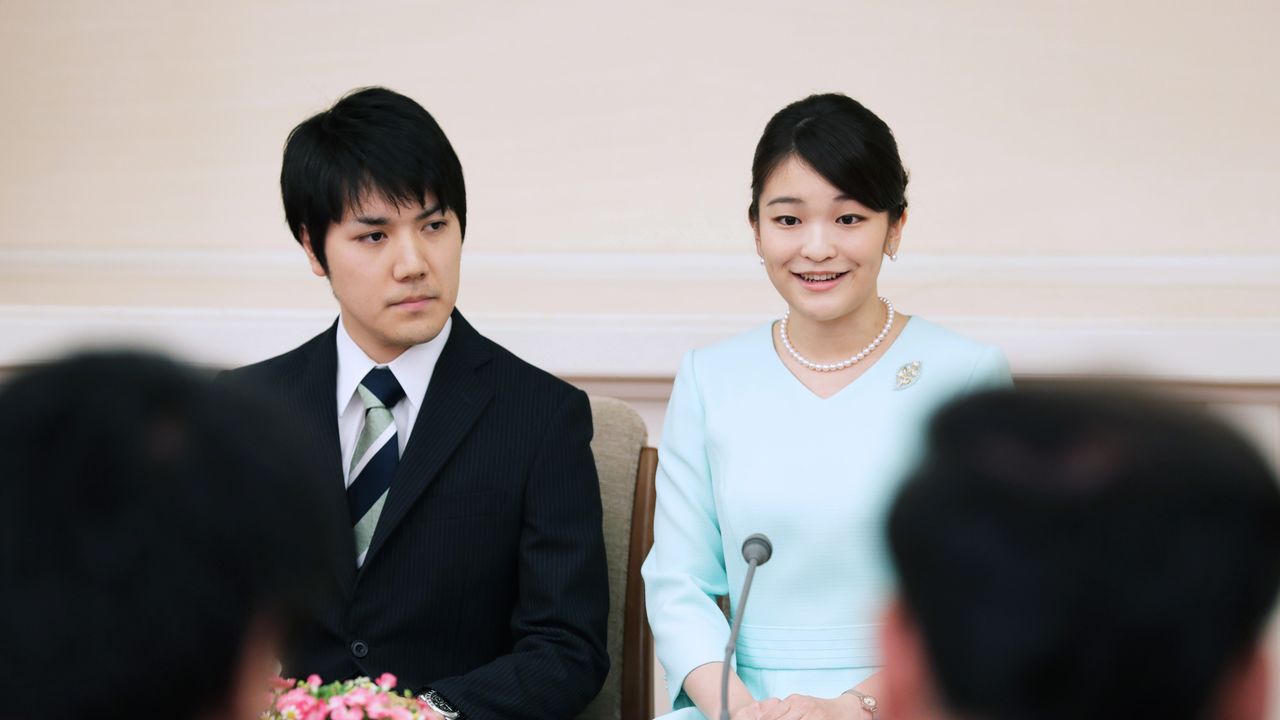 Society Imperial Family Dec 18, 2020
Crown Prince Fumihito’s recent statement that he approves of his daughter Princess Mako’s marriage brings her postponed union closer. However, financial troubles in the family of her prospective husband Komuro Kei and the public disapproval they sparked are still a cloud over any potential ceremony.

In the autumn of 2020, news about the Japanese imperial family focused on Crown Prince Fumihito, the younger brother of Emperor Naruhito. Fumihito was formally proclaimed as first in line to the throne in ceremonies at the Imperial Palace, and he, his wife Crown Princess Kiko, and his daughter Princess Mako all commented publicly on the latter’s postponed marriage plans. Mako’s official engagement to Komuro Kei has been delayed since 2017 amid a scandal over financial problems related to Komuro’s family.

Fumihito’s family has faced a barrage of online criticism over the marriage, and his November statement that he approves of the union also provoked negative reactions. An Imperial Household Agency representative bemoaned the abnormal situation. “There have never been such virulent attacks on imperial family members. We thought that the family had made a smooth transition into the Reiwa era, and we didn’t expect this marriage issue to get so big. Now we have a situation where the crown prince’s family is coming under fire.”

Princess Mako and Komuro Kei met as classmates at International Christian University, and five years later, in September 2017, they unofficially decided to get engaged. After their joyful press conference, it was reported that Komuro’s family faced an issue related to a ¥4 million loan. In February 2018, an announcement came that the marriage and related ceremonies would be postponed until 2020, after the imperial transition was complete.

Six months later, Komuro Kei enrolled on a three-year law school course in New York, aiming to become an international lawyer. Despite the lack of an official engagement, he was described by some in the United States as Princess Mako’s fiancé. In January 2019, he made the following statement about the family financial troubles through his lawyer.

“My mother and her former fiancé were engaged in 2010, but two years later he canceled the engagement. Although it was sudden, my mother accepted his decision and promised to repay the money he had spent during the engagement. He said that he had not intended for her to repay him, though, so both of them recognized that the financial issues, including the support and compensation money, had been resolved. However, one year after that [in 2013], my mother received a letter from her ex-fiancé asking her to repay the cost he had borne during their relationship. My mother and I had both understood that the situation regarding past support had already been resolved, though.”

Despite Komuro’s insistence that there was no need to repay the money, many Japanese citizens had doubts about his marriage to Princess Mako. The fact that she would receive a one-off payment of ¥150 million from the state upon her marriage meant that they felt a personal stake in the question.

In November 2018, Fumihito stated, “Clearly, unless many people can be satisfied and pleased with the situation, we will not be able to carry out the betrothal ceremony.” Princess Mako remained in a distance relationship with Komuro, while the family fell into what Crown Princess Kiko described as “an extremely difficult situation.”

The official Rikkōshi-no-Rei ceremonies proclaiming Crown Prince Fumihito as first in line to the throne were delayed from April to November 2020, due to the COVID-19 pandemic. Ahead of this, Crown Princess Kiko made a statement at her birthday press conference in September, saying that she had talked with Mako, accepted her feelings, and thought it was important to consider the matter together. “I wish to respect my daughter’s wishes as much as possible.”

It appeared that Princess Mako’s parents were ready to accept her marriage. On November 8, the Rikkōshi-no-Rei ceremonies officially meant that Crown Prince Fumihito was next in line to the throne, followed by his son Prince Hisahito. If the succession continues as expected, Mako will one day be the sister of the emperor. 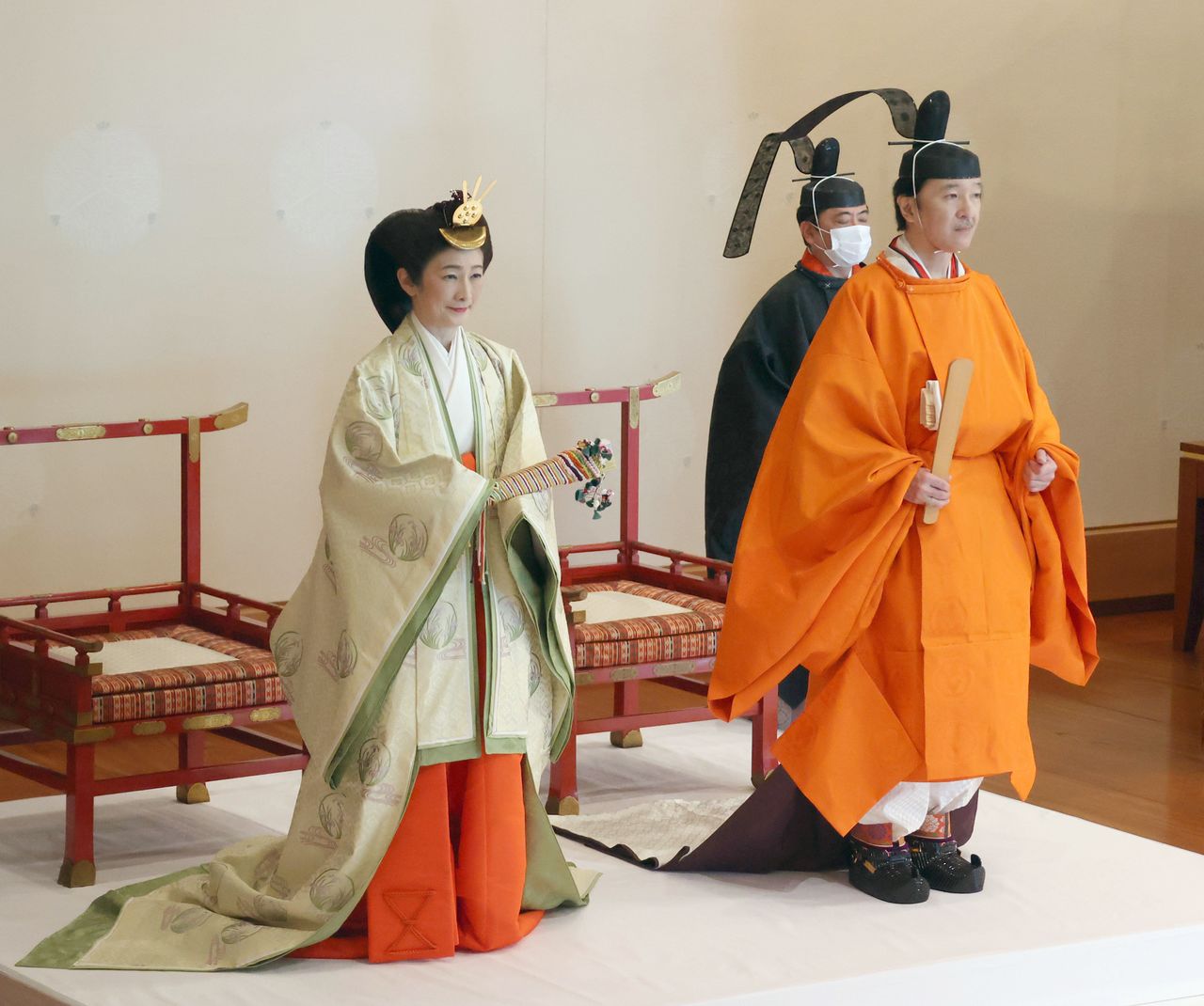 Crown Prince Fumihito and Crown Princess Kiko at the Rikkōshi-no-Rei ceremonies at the Imperial Palace on November 8, 2020. (© Jiji)

A Statement of Appeal

On November 13, Princess Mako made her own statement on the long-shelved question of her marriage: “I know that for various reasons there are some people who oppose this marriage. However, we have become essential to each other, staying close through both happy and unhappy times. We must get married to follow our hearts in our lives.”

There has probably never been such a case of a female member of the imperial family appealing to the public so strongly with her desire to wed the man she loves.

In her statement, Mako also said that she was grateful for the support of the emperor, empress, emperor emeritus, and empress emerita.

I found it quite surprising that she did not, however, directly touch on the Komuro family’s financial troubles. If she had said they would wait until the problem was solved or stated that she would not provide money herself to deal with it, I feel that she would have won public understanding.

Not Ready to Celebrate

Before his birthday on November 30, Crown Prince Fumihito said at a press conference that he approved of the marriage. He commented, “The Constitution states that ‘Marriage shall be based only on the mutual consent of both sexes,’ so if they really wish to wed, I feel I should respect that as a parent.” 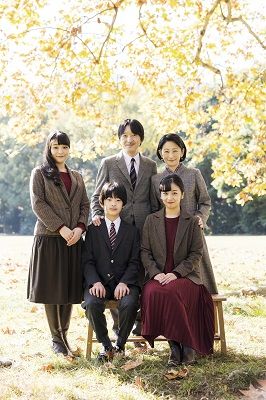 However, he noted that the people were not yet ready to celebrate their marriage. “I sense that there are still many who do not accept and are not happy about the situation. My daughter likely senses this too.” He urged the Komuro family to act in a way that was transparent to citizens. He hoped that they would be able to quickly solve the problem before the wedding. “When it comes time for them to marry, it’s important to talk in detail about what has happened up to now,” he said, urging the couple to sincerely seek the understanding of the public.

This press conference reminded me of hearing the news of Fumihito’s own engagement in the summer of 1989. Seven months after the death of his grandfather Emperor Shōwa (Hirohito), this was a bright spot within a year of mourning for the imperial family. At that time, Naruhito, then crown prince, was still unmarried. The IHA decided that while it was not appropriate to hold a ceremony during the period of mourning, it was acceptable to unofficially announce the engagement. On returning from two years of study in Britain, Fumihito married Kiko in 1990.

While the decision to approve his daughter’s marriage must have followed some mental struggle, Crown Prince Fumihito’s own experience is likely to have guided him.

The crucial point is what action Komuro takes from now on. To make progress on the marriage issue, there will certainly be much weight placed on his awareness and sense of duty, given the scale of public opposition.

When the unofficial engagement was announced three years ago, Komuro said, “I feel a great sense of responsibility in marrying an imperial princess, and I will sincerely take it on. I intend to make every effort required.” He also said that his family had told him to ensure his future wife was happy.

Komuro also said that his favorite phrase was “let it be,” but this hands-off attitude does not fit the current situation. I would hope that he reflects on his words above and does everything he can to make Princess Mako happy.

(Originally published in Japanese on December 2, 2020. Banner photo: Komuro Kei and Princess Mako announce their unofficial engagement at a press conference in Tokyo on September 3, 2017. © Jiji.)