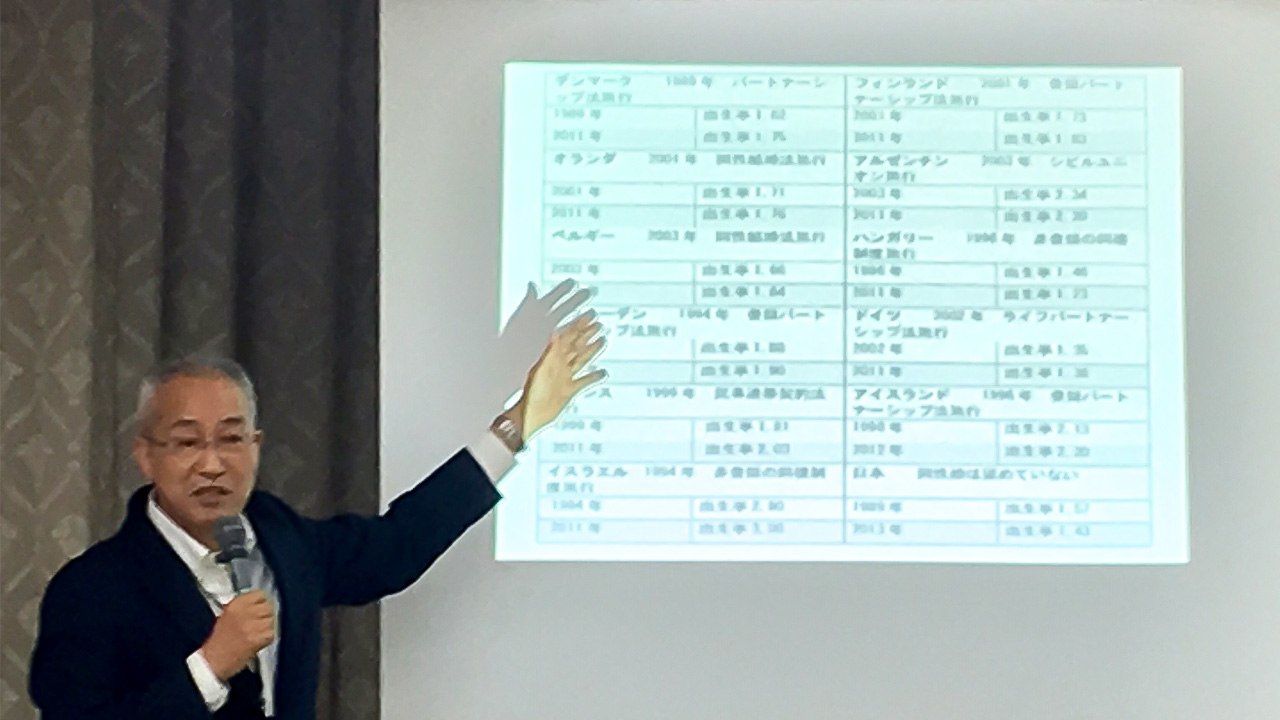 Children Deprived of the Right to Learn About Sex

Society Education Oct 31, 2019
Most Japanese undergo sex education in school, but very few hours are devoted to the subject. What does it mean to be uneducated about sex? What are students learning through sex education in the schools? A talk with Mizuno Tetsuo, a longtime sex educator and a representative director of the Council for Education and Study on Human Sexuality.

Mizuno Tetsuo became a teacher at the age of 25. He began his career at a private high school for girls. Several years later, in the early 1980s, he invited a former pupil who was working as a midwife to come to the school to talk to his students about her career. At the get-together held later to thank her, Mizuno was taken aback when his former pupil admonished him and the other teachers, saying, “What you taught us was wrong and it has tormented us ever since.”

She was referring to school policy. If a student was found carrying condoms, she would be charged with engaging in “illicit sex,” her parents would be called in, and in a parent-student meeting with the teacher, the student would be pressured to stop seeing the boy she was going with.

“I participated in such ‘guidance’ without a thought,” recalls Mizuno. “The administrators assured me that such girls were ‘bad’ and the school would be better off without them. The fact that a girl was carrying condoms meant that she knew something about sex and the possible consequences. And yet we were telling her she was a disgrace. Back then, parents did not say anything, and students meekly complied, afraid to be targeted any further by the school.”

The former pupil’s powerful rebuke made Mizuno realize how wrong he had been. There was something else, however, that hit him even harder.

“Actually, there were some of my fellow teachers who thought the school’s policy was wrong and who refrained from giving such ‘guidance.’ They knew it wasn’t right and refused to carry it out. These were not only teachers who were older than me, but also included some of my own cohorts. There I was in the same organization, yet oblivious to the connection between sex and civil rights, giving absolutely the wrong kind of ‘guidance’ on sex to my students and violating their basic human rights. I never realized what I was doing. That was a shock.” 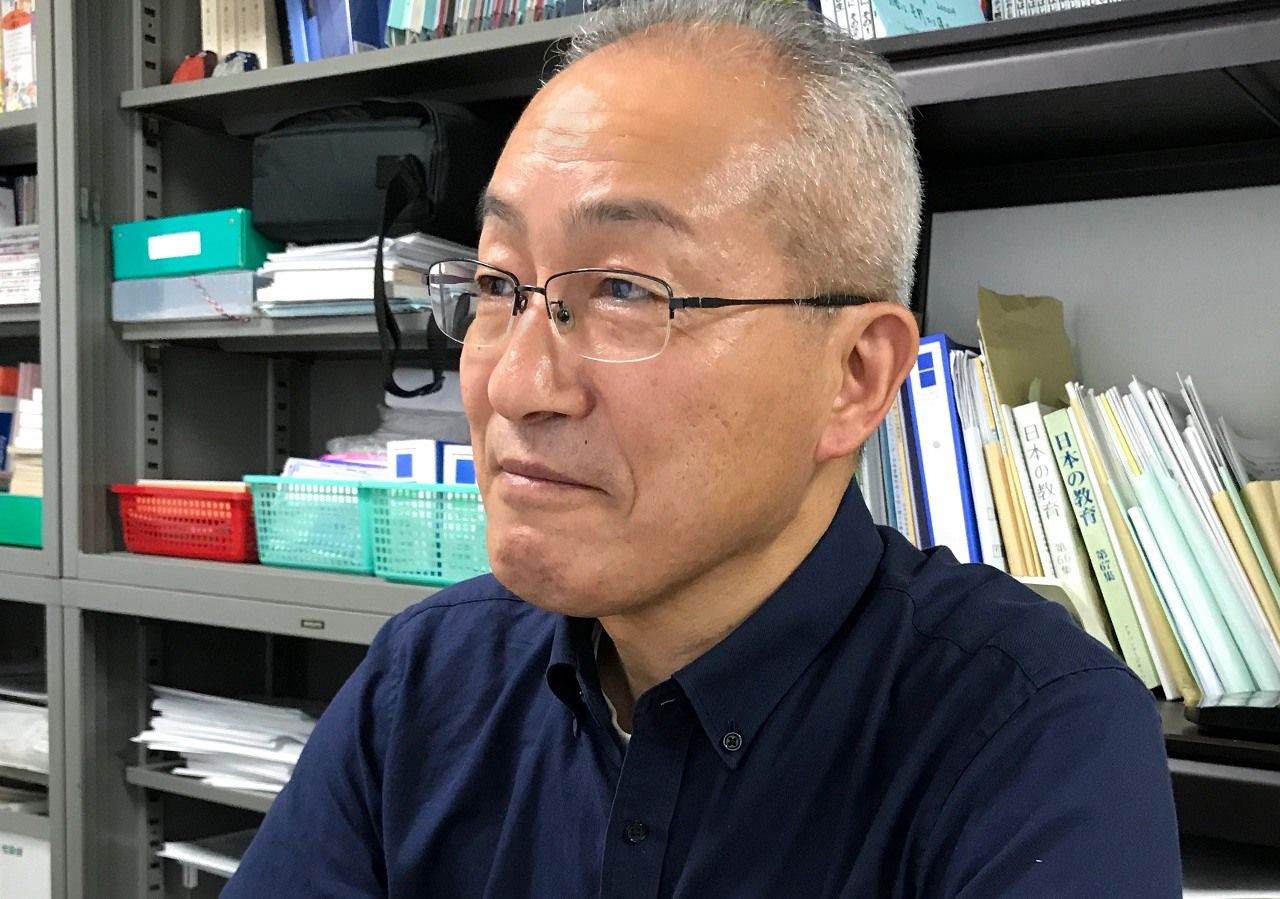 The Start of Sex Ed

Just around that time, there was an overhaul of the school administration. Teachers were asked to work together to set up a new school curriculum and they added sex education. They began by educating themselves, inviting experts, such as gender researchers, to come and talk to them. After two years of this kind of study, in 1996, they introduced a required course called “Sex and Life” to the curriculum for first-year high school students.

At first, the teachers were reluctant, many finding it difficult to name the parts of the body out loud. Too embarrassed to use the words “vagina” and “penis,” some teachers referred only to the “groin” or “crotch.” Others used botanical terms, like “stamen” and “pistil,” to explain sexual intercourse. This continued throughout the first school term. How did the students react?

“The students understood right away that that this was important. It was the late 1990s, and female high school students were being objectified as sexual commodities. It was a time when much was being reported about enjo kōsai, “compensated dating” or schoolgirl prostitution, and burusera, the sale of used girls’ school uniforms as objects of sexual arousal. Students began to push back. ‘Why are we always berated for our disgraceful conduct, but never the men who pay for these things?’ Some classes even protested during the school’s culture festival with slogans like ‘We are not commodities’ and ‘What it means to merchandize sex.’”

A Ban on Teaching to Younger Kids

As they became more knowledgeable about sex, the students began to think for themselves. It has been 20 years since then. Mizuno sees a change in the students he teachers today.

“High-school-age girls continue to be seen as sexual objects. They are referred to as ‘JK,’ from joshi kōsei, or female high school student, in the sex industry. The students 20 years ago were not as sophisticated as now, but they spoke up. Not a few behaved badly and were troublemakers, but they were vigorous and energetic. Today’s students seem to have been sapped of their ability to resist. They appear to think that it is better to keep one’s mouth shut and to just go along with things. That kind of attitude is becoming increasingly pervasive, making it hard to know what the students are really thinking. As their teacher, I try to make a special effort to talk to them and sound out their feelings.”

Mizuno says his approach to teaching has changed over time.

“In the past, we mostly talked about anatomy. Of course, that’s important, but since around 2010, we have been taking a more comprehensive approach following UNESCO’s International Technical Guidance on Sexuality Education. We cover topics like relationships, the commercialization of sex, sexual violence, and the issues of sex and life in society. We have made diversity the foundation of our sex education as well. We talked about diversity before, of course, but our approach was to tell the students there were certain types of sexual minorities and that it was wrong to discriminate against them. Now, we talk about the diversity of our own sexual identity and encourage an awareness of the fact that sexuality is diverse.”

With the Internet and the diversity of social media today, lots of information is easily accessible. Has this changed how students think about sex?

“I collect the questions I am asked when I lecture at high schools and universities. They haven’t changed much. Questions like, ‘Why are people’s sexual organs different sizes?’ and ‘Can you get pregnant if you swallow semen?’ There may seem to be a lot of information out there, but much of it is junk. And to this day, Japan’s public junior high schools only allot around nine hours over three years for sex education, according to a survey by Motegi Terunori of the Kagawa Nutrition University.

“Even more disturbing is that while Japanese criminal law sets thirteen as the lowest age for sexual consent, the National Curriculum Standards restrict what can be taught around that age, with specific instructions that the process to impregnation is not to be taught in fifth-grade science and that the stages of pregnancy are not to be taught in first-year junior high school health and PE classes. This prevents us from teaching young children age 13 and under about sexual intercourse. That’s not right.”

People who object to sex education say we should “let sleeping dogs lie.” They don’t think we should go out of our way to encourage sexual curiosity. Children, they believe, will learn about sex naturally in good time. But is that right? Mizuno doesn’t think so.

“In 2011, Cardiff University in the UK and Merck Serono, a Swiss maker of fertility drugs, published the results of a joint survey of couples seeking to get pregnant in eighteen countries. The survey was titled, ‘Starting Families.’ Japanese couples scored very poorly on basic questions on pregnancy.

“These are couples who really want to have children, but that is the level of their knowledge of sex. Clearly, they know much less than their counterparts in other countries. And that goes back to education. Our politicians are not making sure people get the education they need and yet they are telling women to have at least three children. People say they can learn about sex ‘naturally,’ but the most they are going to learn is how to engage in sexual intercourse. People need to be proactive to learn about and discuss such issues as sex and human rights, date rape, domestic violence, and sexual harassment.”

This year, the Tokyo metropolitan government revised its guidelines on sex education for the first time in 14 years. It is now possible—so long as permission is granted by the parents—for schools to teach about birth control and abortion beyond the limits set by the National Curriculum Standards. The next step, says Mizuno, will be to create an environment in the schools that will allow for proper sex education.

“Sex is an essential part of human development and life,” stresses Mizuno. “But in Japan, we are depriving people of the right to learn about sex, telling them in essence, ‘It’s OK to grow up ignorant.’ The revised handbook prepared by the Tokyo government acknowledges that instruction may go beyond these guidelines. It took courage to write that—it’s good they allow for some leeway. Still, when you teach sex education in a school, you need to have the whole school on board, and you have to get permission from all the parents. These are difficult obstacles to overcome. On top of that, teachers are so extremely busy. It remains to be seen whether we can create a stable environment within our schools for our children to learn about sex.”