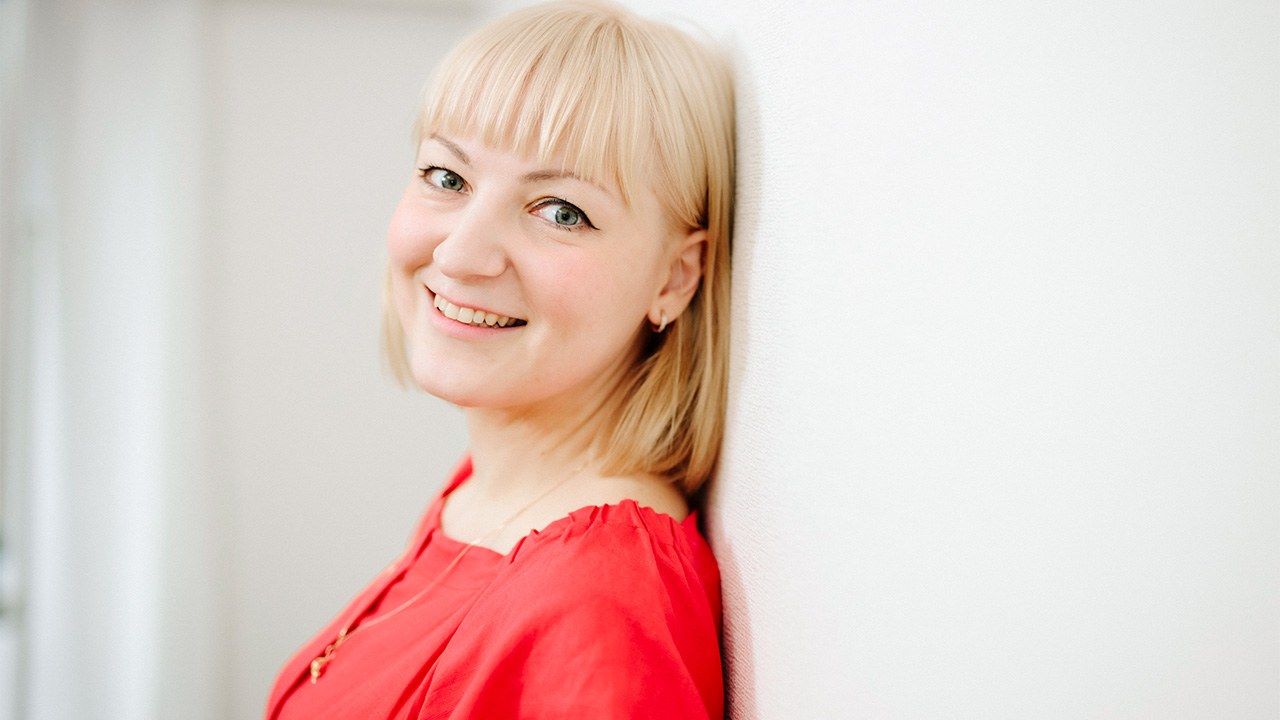 Culture Society Jan 9, 2020
Jenya was born in Novosibirsk, Russia, but lives and works in Japan as a voice actor. How did she get into this field when Japanese is not her native language? What has she focused on in developing this career?

A Passion for Anime Songs

Jenya was only 16 when she first encountered Japanese anime in 1997. She was an avid fan of the anime series Sailor Moon when it aired in Russia and was captivated by the eloquent sound of the Japanese spoken by the characters. “I wanted to speak like that,” she says. This was the start of her study of the Japanese language. She liked to sing, too, and enjoyed singing the anime songs in their original language.

It wasn’t long before she began to think of becoming a voice actor in Japan. “I wanted to do something no one else was doing,” she says. She continued studying Japanese at a language school separately from her college courses. She created her own website during this time, uploading a recording of her singing Japanese anime songs in Japanese and Russian.

“Today, this would not be unusual,” says Jenya. “A lot of people upload videos of themselves singing. But back then, there were no YouTube or Niconico video-sharing sites. Communications technology was still inadequate, making it difficult to upload a full video. That’s why my first upload was just an audio recording of my singing. At some point, a Japanese web surfer stumbled upon my recording and wrote about it on 2channel. I woke up one day in the year 2000 to find that I was a minor celebrity on the Internet.”

Two years later, Jenya had become widely known as “the Russian anime singer who sings in Japanese.” Mondo2 (now Mondo TV), a Japanese CS broadcast channel, asked her to appear on a show. Filming brought her to Tokyo for a week, where she visited anime studios and Akihabara, and even cut a CD, though it did not become a major hit. With the help of the people she got to know during this visit, Jenya moved to Tokyo in 2005 after graduating from college. 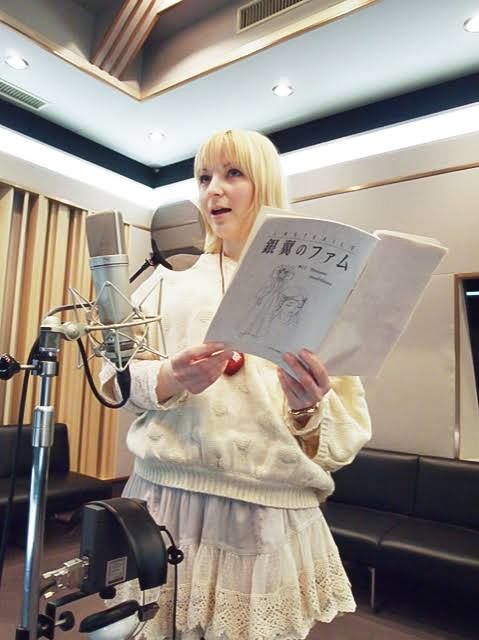 Jenya in the dubbing studio. (Provided by Jenya)

“I figured if I wanted to really learn Japanese, I needed to live in Japan. But instead of going to a Japanese language school or enrolling in a training school for voice acting, I simply went out and made a lot of friends and acquaintances. What I really wanted to do was to get hired by a voice actors’ studio. After about two years, an acquaintance got me some jobs as a Russian language coach for anime productions. Every time there was a party to celebrate the completion of a production, I went around telling people how much I wanted to become a voice actor.”

One studio showed some interest, eventually hiring Jenya. The studio had a training program for its voice actors, giving Jenya a valuable chance to improve her skills.

“It was a lot cheaper than enrolling in a voice acting school,” she recalls. “We had lessons once a week. This is where I first learned how to hold the script and how to read my parts. I started getting more and more jobs, and in 2009, I debuted in the Evangelion film 2.0 You Can (Not) Advance.”

The Advantages of Foreignness

“The normal progression is to go to a training school, get hired by a studio, and then start working,” says Jenya. “But that’s not really suited to a foreigner.” Why? Because you just can’t compete with Japanese people who are aspiring to become voice actors. Foreigners are handicapped by the language. What you have to do, she says, is to make your foreignness an asset and do something in the field that only a foreigner could do. For Jenya, that was providing Russian language coaching.

“Fam, the Silver Wing is an animated film sequel to Last Exile, a television series that started in 2011. It’s a steampunk anime featuring a fictional language called Gurakiesu. The producer, who I’d gotten to know on another production, announced that since I was available, they should make this language sound Russian. I ended up as the language coach and also got a voice acting part. I translated the script into Russian, marked it with katakana as a phonetic guide, and taped a voice sample for the voice actors. I also worked on site, coaching the actors on how they could use Japanese phonemes to sound like they were speaking Russian. Experienced voice actors are imaginative and quick learners, and they catch on right away.”

In 2015, Jenya’s tenth year in Japan, she got a part in Garupan—Girls und Panzer der Film (a film version of Girls and Tanks)—a school-action anime about competitions between girls' high schools in the sport of tank warfare. The part of Klara, a Russian exchange student, was to become one of Jenya’s major roles as a voice actor. The story of how she got the part is typical Jenya.

“I complained on Twitter that I never got to act even though a lot of Russians appear in the Garupan series. People responded and it became a bit of a Twitter flame war ,with comments like, ‘What makes you think you can get a Russian part just because you’re Russian?’ Still, about half my followers were supportive and the production people got wind of my Twitter complaint. And that’s how I got a part in the film. I had met Mizushima Tsutomu, the director, about ten years before, when he was interviewed for a Russian anime magazine article. I don’t remember myself, but I apparently told him then that I wanted to become a voice actor. Later I learned he had never forgotten that.” 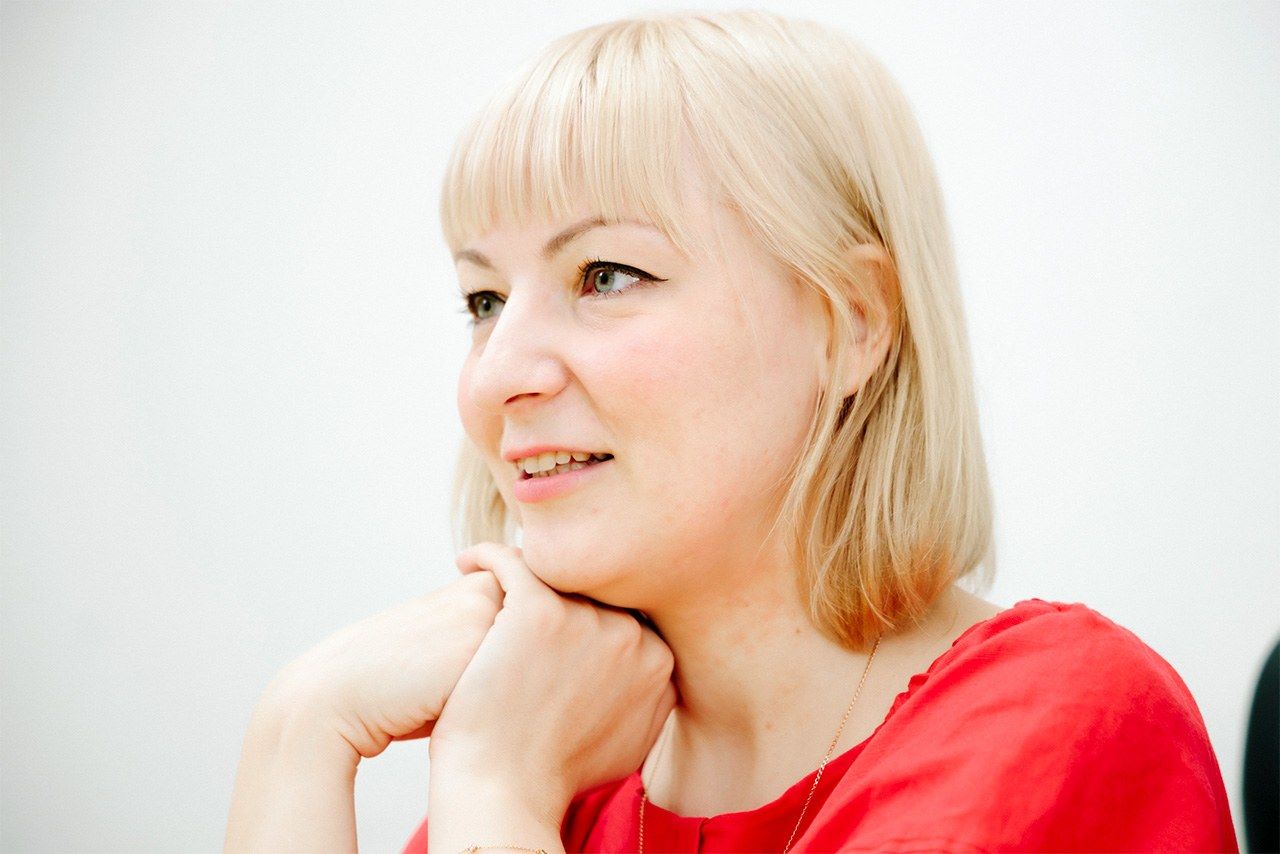 In voice acting, or in any field where popularity counts, you have to make an impression, says Jenya.

“When I first arrived in Japan, I thought and acted like a foreigner, so I tended to come on a bit too strong sometimes. Now I think more like a Japanese. I’m a little more reserved—maybe too reserved, so not so good at making an impression,” she laughs. “I still think it’s good to speak up and say what it is you want to do. Somebody is going to remember later when they need a person like you. In this sense, it’s a bit of an advantage to be a foreigner because you’ll stick in people’s minds.”

What else is important besides making an impression?

“Experienced voice actors are smart people with good manners. Just being around them makes you feel like you’ve stepped up a level. These are select people who’ve made it past all kinds of hurdles and screenings. They have gotten where they are because they have a unique voice or are able to speak in many different kinds of voices, of course, but they also have flair and excellent communication skills.”

A Growing Market for Young Actors

Jenya says the voice acting world has changed considerably since she first came to Japan.

“Back then it was not such a popular profession, so you tended to see the same experienced voice actors working on anime series and films. Now, though, there are a lot of young, newly minted voice actors and a lot of new anime series, like Love Live! for which the characters and their respective voice actors are perceived by avid fans—the ‘Lovelivers’—as one and the same person. You have fans in both two- and three-dimensional realms. And since young actors tend to attract more fans, producers naturally tend to hire more young voice actors. There’s another reason young voice actors are so popular right now. In this profession, young actors in the first three years of their career are considered of junior rank and are generally paid less, which helps to keep production costs down. There are a growing number of young and talented voice actors these days and the competition is fierce.”

“I’ve been involved with the Game Symphony Japan concert at Suntory Hall since its inception. It’s a full orchestra concert devoted to anime songs, and we just celebrated its fifth anniversary. I’m the MC as well as one of the singers and the coordinator for the event’s Russia concert. This is another job I got through Twitter. [Laughs] The program’s conductor-producer first contacted me on Twitter. The Russia concert always gets a full house and standing ovations.” 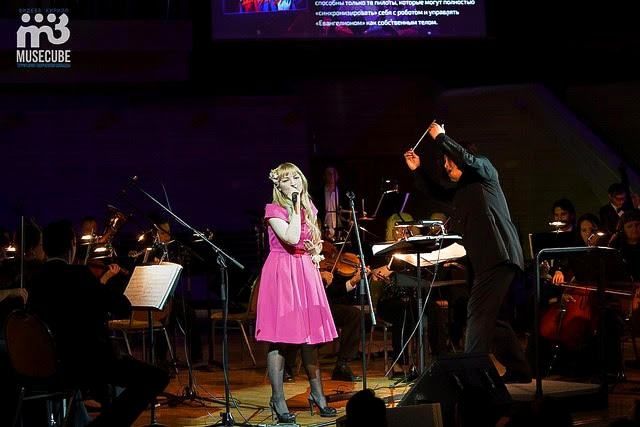 Jenya’s advice for foreigners who want to become voice actors: Start learning Japanese while you’re in your early teens.

“I was sixteen when I started studying Japanese. That was actually a bit late. About the only other voice actor based in Japan who was born and raised overseas is a Chinese named Ryū Seira. She speaks Japanese better than I do, is smart, and recently has also become a manga artist. I think she has an advantage over me because she’s already familiar with the Chinese characters used in Japanese, and is just generally more familiar with the Japanese language than I am.

“Still, I was able to come to Japan and find all kinds of work without experiencing a major culture gap. You aren’t going to succeed at anything if you keep thinking there is nothing you can do. When things don’t work out, you just have to move on and try something else. Voice acting is a hard profession to get into, even for Japanese people. But if that’s really what you want to do, go for it!”

(Originally published in Japanese on October 31, 2019. Reporting and text by Kuwahara Rika of Power News. Photographs by Imamura Takuma, except where otherwise noted. Banner photo: Jenya, a Russian voice actor in Japan.)