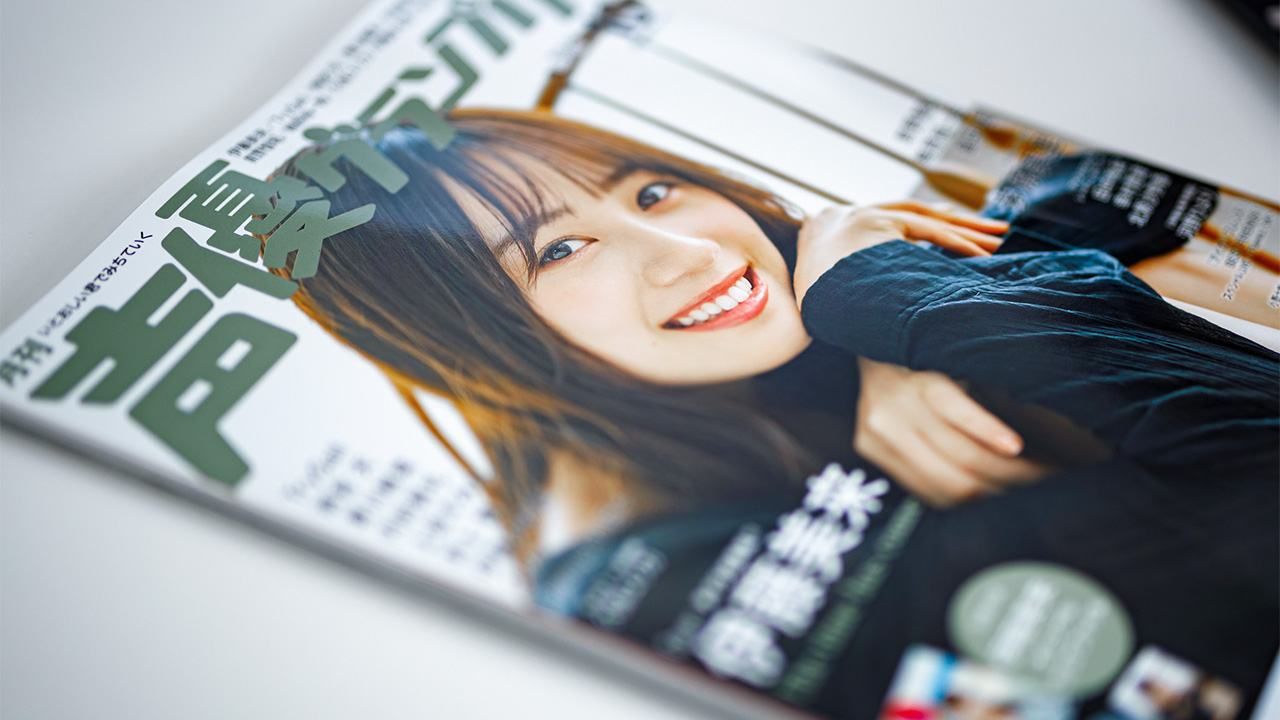 The Changing World of the Voice Actor

Culture Society Jan 20, 2020
Seiyū guran puri is a monthly magazine featuring glossy photos and in-depth interviews of voice-acting personalities. The trade magazine has closely followed the development of the market over the past 25 years. We asked Hiroshima Junji, the journal’s editor in chief, to tell us how the world of the voice actor has changed and is likely to evolve in the future.

The trade magazine, Seiyū guran puri (Voice Actors Grand Prix), popularly referred to as simply Seigura, first came out as a quarterly publication in 1994. From 1997, it began to be published every two months, and then in 2000, it became a monthly, with a new issue out on the tenth of every month. The magazine has a circulation of roughly 20,000. Even though the print medium cannot convey the sound that is so critical to voice acting, Seigura has secured a strong foothold in the field for its in-depth interviews and glossy photos.

Hiroshima Junji, Seigura’s editor in chief, explains, “Before Seigura appeared, the only publications that featured voice actors were monthly magazines specializing in anime put out by well-established publishers, like Tokuma Shoten’s Animēju and Kadokawa Corporation’s Nyū taipu. Their occasional interviews of voice actors sparked an interest in the field among hardcore anime fans. As it happened, the person who was to become the founding editor of Seigura realized that there might be a market for such a magazine when his child reported that several students in every class at his elementary school showed some interest in voice acting as a profession. That calculated to a potential readership of more than 100,000, and we decided to publish a magazine specializing in vivid portraits of until-then little-known voice actors. The strong following we won then has continued to today.”

Seigura readers are hardcore anime fans ranging in age from around 10 to those in their fifties. The majority are university students and newly working graduates in their late teens to early twenties. A number of voice actors who were avid readers of the magazine when they were in junior high school are now featured on Seigura’s covers. 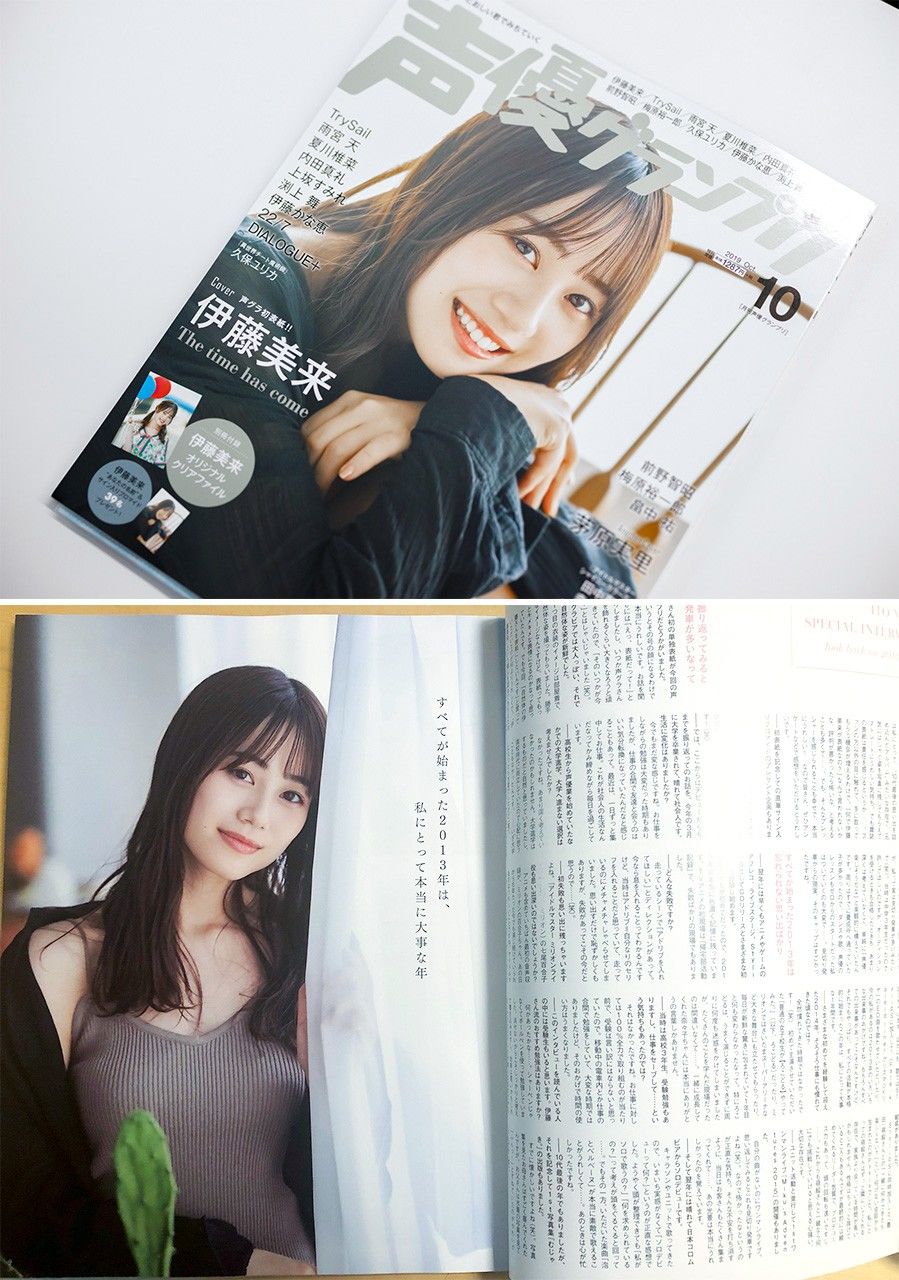 The Seiyū guran puri October 2019 issue featuring Itō Miku on the cover and in the lead article.

“From the beginning, our policy was to cover the full range of both male and female voice actors,” says Hiroshima. “But in the nineties, anime fans were mostly male, and the voice actors we featured were almost exclusively female. While we did sometimes use group photos of male and female voice actors on our cover, it was not until around thirteen years after our inaugural issue that a male voice actor finally appeared on our cover. Since about three years ago, male voice actors have been featured on the cover of at least half of our twelve issues per year. When men appear on our cover, 70 to 80 percent of the readers are women. When we feature women, our readers are nearly all men. The increase in female readers of our magazine is due, I think, to the fact that the widespread popularity of anime and computer games has made it easier for women to openly show their liking for anime and voice actors.”

Seigura never gives the date of birth in its profiles of featured voice actors. Why is that?

“We want to avoid any discrepancy with the voice actor’s anime character. It is not uncommon for voice actors in their thirties to play the part of school-age characters. We don’t want to destroy the fans’ perception of a character if we can help it. That’s why we don’t print the voice actors’ actual ages.” 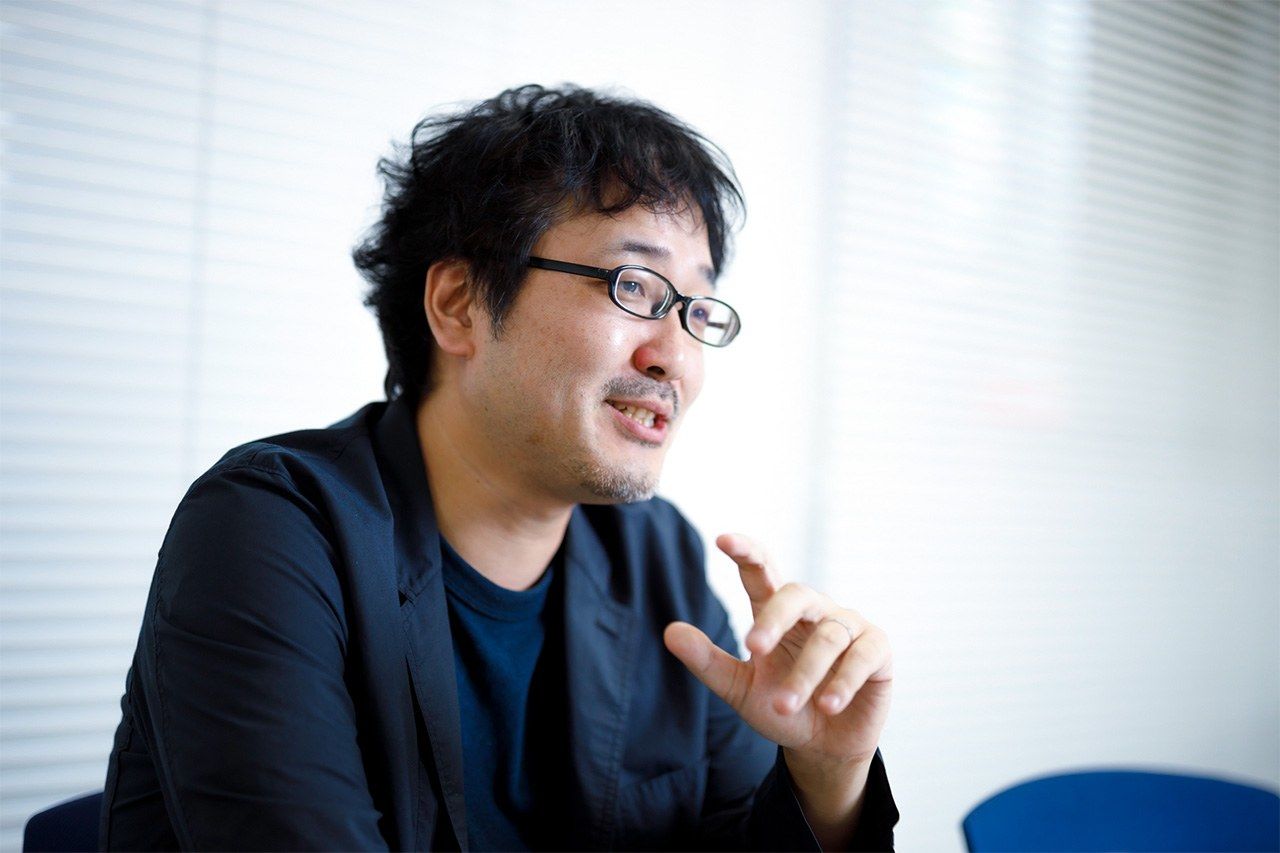 Diversifying Roles in the Internet Era

“The general practice up to now,” explains Hiroshima, “was to air late-night anime programs on television for about a three-month run and then sell them as DVDs later to turn a profit. But that business model is fast crumbling now that videos are available on the Internet and the preferences of anime fans are changing. Today, industry proceeds come from the sale of CD recordings of anime theme songs sung by voice actors and from voice actors’ live anime performances and events.”

Because of this, the performers have been required to learn new skills. “Since around 2010, voice actors have been expected to be able to sing and dance and put on live performances. At the same time, the explosive popularity of smartphone games is driving a new demand for voice actors, expanding their range of work. Voice acting for anime characters has never paid very well. A newbie is paid 15,000 yen per program. If the actor performs as a regular four times a week, that comes out to 60,000 yen. This has forced aspiring voice actors to take on unrelated side jobs just to support themselves. But this is no longer the case, as there are now other things they can do as voice actors.”

With their careers no longer dependent solely on their voices, these performers are finding themselves in greater demand than ever before for a variety of jobs.  What makes a voice actor popular today?

“You’re seeing more people working as voice actors while they go to university. What I’ve noticed in interviewing these people is that the more popular voice actors are able to articulate the world portrayed by the anime they happen to be working on. They have greater depth as a person and say interesting things. They are as a whole well-mannered and mature. You deal with a lot of people when you’re involved in creating an anime program, and you need to make sure people will continue to want to work with you. And, of course, you need to be charismatic and have drawing power at live performances and other events.”

Knowing How to Sell Yourself

“Unlike in show business, in the world of voice acting, you don’t get your jobs through an agency. You have to audition for every new part. As a supplement to Seigura, we publish a voice actors’ directory. We began doing this in 2001 when there were around 300 professional voice actors. Our 2019 directory lists 1,430. In fact, there are so many now that there aren’t enough managers to go around, and it’s increasingly common for a voice actor to report to work completely alone. Because of this, voice actors have to be adept at selling themselves. With the proliferation of online videos and social networking services, it’s possible for individuals to win fans on the Internet without ever going to a training school. Some people have become successful voice actors that way.” 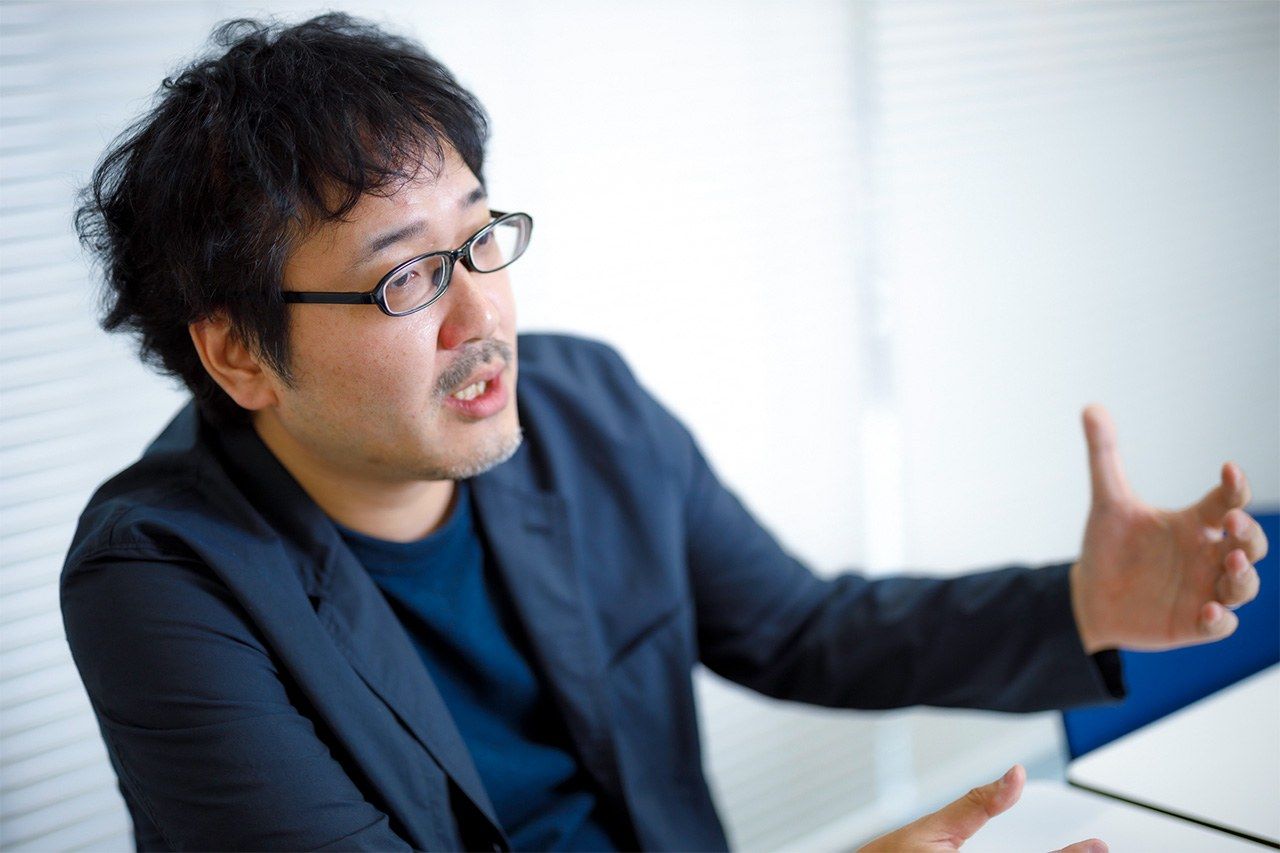 There are other things as well that distinguish the world of voice acting from conventional show business.

“Voice actors are tied to the anime characters they portray. No matter how good-looking they are and no matter how well they sing, they won’t become popular unless their character and the anime story it appears in become a hit. That’s why so many voice actors keep themselves rooted in their core profession, even when they win a following for their other attributes and skills. In a world where individual personalities compete, voice actors have to also compete on the strength of the anime characters who magnify their appeal.”

Some popular voice actors are putting on live performances and appearing at events held outside of Japan. Will there soon be an outflow of Japanese voice actors overseas? What kind of market is there for voice actors in other countries?

“We compile our interview series into books,” Hiroshima says. “When we hold events to sell these books, around ten of the 200 or so fans who show up are non-Japanese. Only one out of every ten to twenty applicants are accepted for these events, so we think there are more foreign fans. Two years ago, we carried out surveys in Shanghai and Hong Kong to see what the market for voice actors might be like in those places. What we learned is that in Asia, at least, people have been watching Japanese anime since they were kids and there are plenty of anime fans. Still, there is the language problem. Our impression is that Japanese voice actors are only just beginning to be recognized elsewhere in Asia.”

Even so, says Hiroshima, about 70% of those accessing Seigura’s Facebook page are foreigners.

“Personally, I think the demand for voice actors is going to continue to increase. For example, as smart speakers become more prevalent, people are going to want to customize the speaker’s voice. They may choose that of a favorite voice actor. As these kinds of needs develop, the work of the voice actor is going to diversify and expand. It’s also likely that people in other countries who grew up watching Japanese anime are going to start creating their own anime programs. I’m sure we will see more major changes as the anime market starts to attract foreign capital and human resources.”