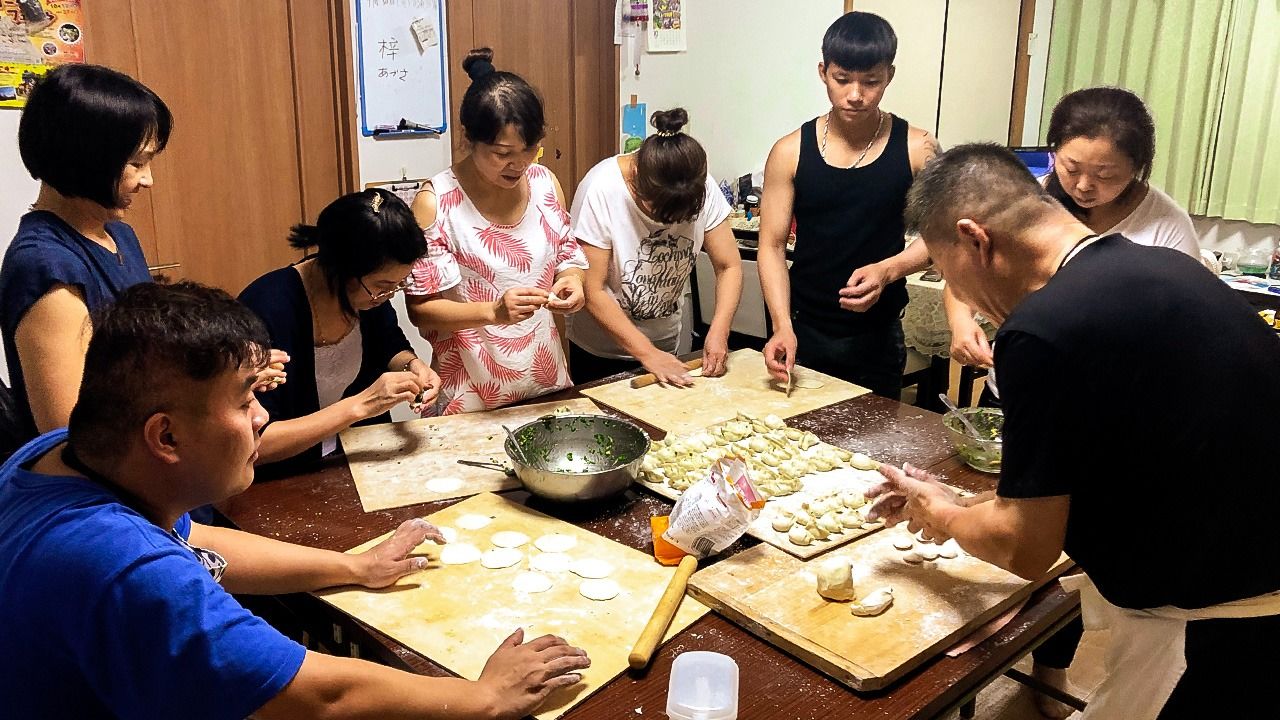 The foreign technical intern training program has been a boon for labor-starved Japan in recent years, as well as an opportunity for residents in neighboring Asian countries to learn valuable job skills. But since its inception in 1990, when Japan launched its “trainee” status of residence, the initiative has been plagued by labor violations and human-rights abuses. Most technical interns lack the language skills, social clout, and understanding of Japanese law needed to stand up to unscrupulous employers, but labor activists like Chinese-born Zhen Kai provide critical support in addressing grievances. An official with the Gifu General Labor Union, Zhen has years of experience doling out legal advice to foreign workers.

From Worker to Activist

Zhen first came to Japan as an exchange student in 1986, when he was 27 years old. He spent two years studying at a Japanese language school and then entered the law program at Tōyō University. After graduating, he joined a Japanese apparel firm, where his duties included interpreting for Chinese trainees employed at a subsidiary.

Over the next six years he gained an intimate understanding of the plight of these foreign workers. He then went to work for a Chinese compatriot, providing language support to companies from mainland China looking to do business in Japan, including helping smooth the process of securing loans from Japanese banks. On the job, Zhen heard grievances from fellow Chinese employees, which he dutifully passed on to the head of the firm. His actions, however, raised the ire of his boss, resulting in his dismissal.

Finding himself unemployed at the age of 40, Zhen set out job hunting, but discovered few firms were interested in hiring someone his age. He eventually started working for a municipally funded international cultural exchange association in Satte, a city in his prefecture of Saitama, helping run projects to build community ties among local residents and the growing enclaves of foreigners. He served for a time as director of the organization before stepping down to open a Chinese restaurant, a decision that led to his career as a labor advocate.

The eatery offered Chinese expats a touch of home and became a favored haunt for trainees living and working in the area, attracted to the restaurant by the sign in the window reading 你好 (ni hao), “hello” in Chinese. The diners shared their workplace grievances, such as long hours of unpaid overtime and denied workers’ compensation claims. Moved by their stories, Zhen in 2004 took their complaints to the international affairs division of the Saitama prefectural government, which advised him to contact the Tokyo-based labor union Zentōitsu Rōdō Kumiai.

Zhen started working at the union as an intermediary and interpreter for foreign laborers in Tokyo and its surrounding prefectures. His reputation as a go-to man eventually reached the organization’s branch in Gifu Prefecture, which lacked a Chinese interpreter. When they offered him a post, he accepted. 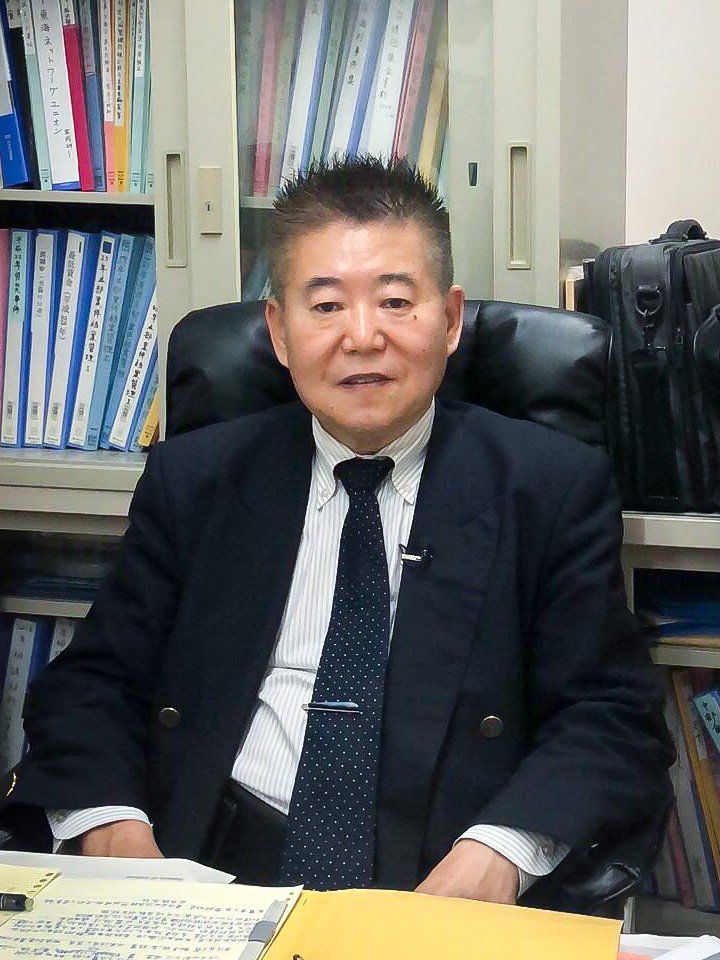 Zhen Kai at his office in Gifu.

After moving to Gifu in 2011, Zhen opened up his home to trainees fleeing workplace abuse and other problems. He initially took in three people, but as the numbers steadily increased, he turned to renting out a three-story building owned by a colleague as a shelter. In the four years since the shelter opened, it has been used by 265 workers from China, as well as countries like Cambodia, Myanmar, the Philippines, and Vietnam.

Zhen says the shelter’s longest residents, people who in some cases have been there more than two years, are waiting for their workers’ compensation claims to be recognized. “Typically, a person hurt on the job receives a lump sum after completing medical treatment to compensate for things like the cost of that treatment and loss of income,” he explains. “But if an employer denies the claim, the case goes to the courts to be decided. The whole process can drag on for months or even years.”

On average, the Gifu labor union office takes more than 100 cases each year. Although few labor activists go to the extent that Zhen does to assist foreign workers, he insists that it is a straightforward issue of helping people who are most at risk of exploitation. “Trainees feel powerless to fight back against an abusive employers,” he asserts. “They come to a foreign land, where they don’t speak the language and can’t take care of problems on their own; they come to the union because they are desperate and alone.”

Many firms hire trainees for manual-labor jobs, and Zhen says he has seen countless injuries due to poor training or inadequate on-site safety measures. He cites an incident of a newly arrived Chinese technical intern employed at an oyster farm who sustained an serious eye injury from a stray wire after falling while aboard a work boat. Such incidents occur regularly. Zhen points to a trainee at a cardboard factory who had three fingers crushed in a machine, and another working at a demolition site who fell from scaffolding when he was not given a safety harness.

However, the dangers are not only physical. Foreign workers are also at risk of mental suffering from abuses like bullying and forced labor. Zhen says he assisted one technical trainee who leapt from the third floor of the company building in a suicide attempt after being severely bullied, and another who was harassed by superiors for using a restroom reserved for Japanese employees after finding the one for Chinese workers occupied.

Unpaid wages and substandard working conditions are also major issues of concern. Zhen recalls a firm employing around 15 trainees from China that coerced workers into remaining on the job for the full length of their contracts by withholding ¥50,000 in wages above normal deductions each month, framing it as “enforced savings.” The company returned the money, an amount totaling ¥1.8 million per person, at the end of three years when the workers returned home, but Zhen says such abuses are inexcusable. “Suppressing wages is strictly against the law,” he exclaims, adding that “the firm also significantly underpaid overtime hours and filed for bankruptcy to keep from having to cough up the money when the labor union caught wind of the violations.” 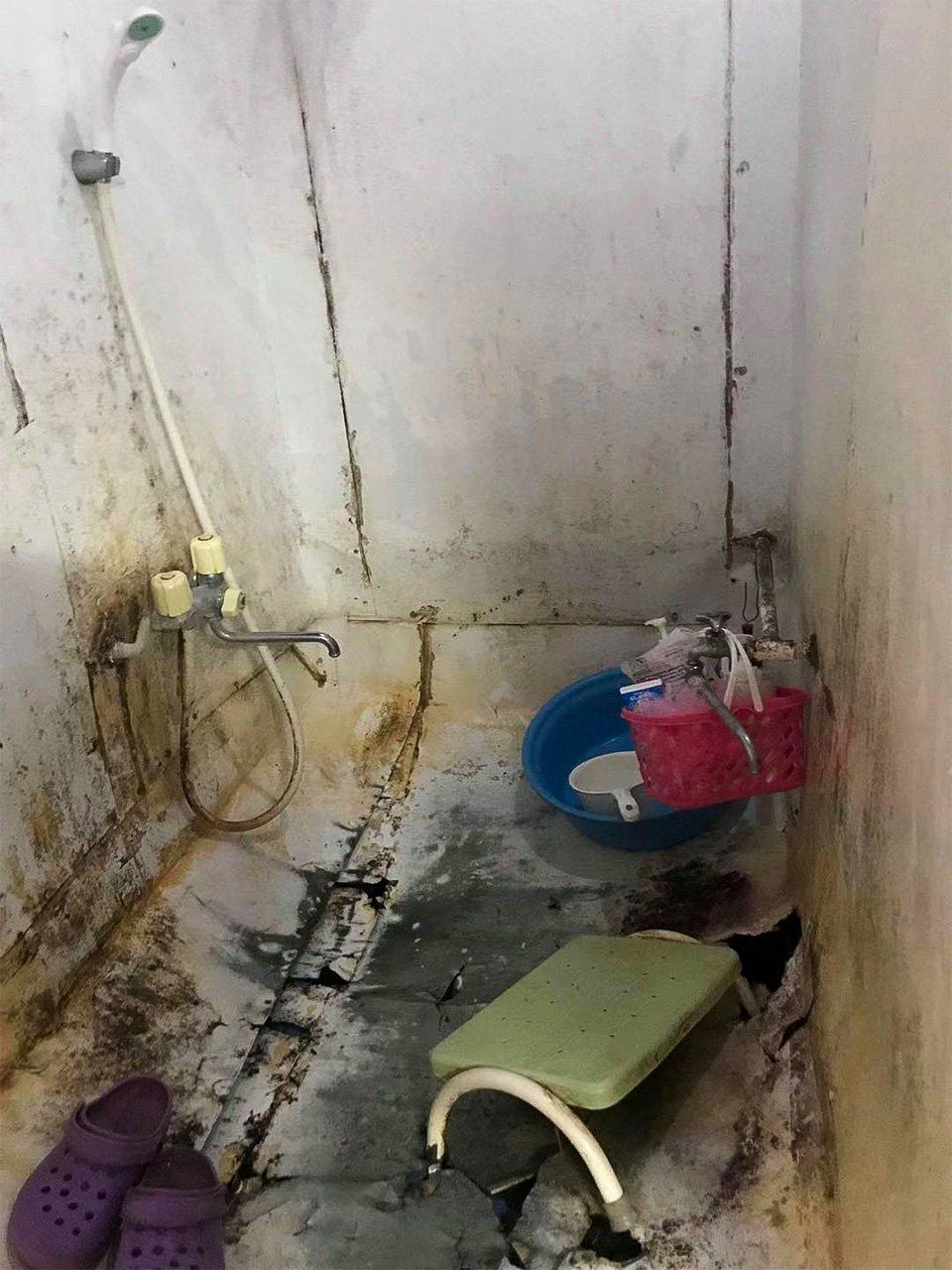 Zhen says technical trainees sometimes endure dangerous or dirty conditions, such as this squalid shower in living quarters for interns from Cambodia.

While the labor union does what it can to protect the rights of technical trainees, Zhen stresses that to improve the overall situation, foreign workers must recognize that they are all in the struggle together. However, it is not always easy for people to see their cases as more than personal matters.

To illustrate his point, Zhen describes the case of a female technical trainee who contacted the labor union about being forced to work extreme overtime. The woman said she collapsed from exhaustion after being made to work three days straight, with a mere two hours of rest over the period. She contacted the labor union after the China-based broker that secured her the position refused to intervene.

During the collective bargaining process, the labor union got the company to agree to settle for ¥1 million, but the woman shot this down as being too small. She also refused the firm’s next offer of ¥1.2 million. As negotiations dragged on, she decided to cut ties with the union and deal with her employer directly, eventually receiving a hefty payout before heading home.

According to Zhen, the woman wanted to avoid paying the union 20% of the settlement as a bargaining fee, which she initially agreed to. On top of this, her broker spread the rumor back in China that the labor union only took her case to receive a cut of the payment, allegations that Zhen firmly refutes. He contends that such cases are not unusual, though. “It’s unfortunate, but not everyone we try to help understands that they are doing fellow trainees in the same situation a disservice by putting their own interests first.”

Technical trainees also seek Zhen’s aid with problems in their daily lives. “I’ve helped with everything from fights to people who have been duped to unexpected pregnancies,” he says. “While these aren’t labor issues per se, they affect a person’s ability to work.” He emphasizes that small problems left unchecked can grow into major issues. “It’s hard work, but it’s better to nip a problem in the bud before it gets out of hand.”

Zhen is not alone in his crusade. The Organization for Technical Intern Training, a supervising body created by the government, offers support to trainees in six languages, but Zhen notes that the advice on offer is limited. “The organization doesn’t deal with nitty-gritty issues in people’s lives,” he explains. This shortcoming needs to be addressed, as foreign workers tend to be socially isolated and will often resort to desperate measures to escape their troubles.

He tells the story of a Vietnamese trainee who went into hiding after his company told him that his work visa was being revoked in three days. “Out of the blue, they handed him a plane ticket and to him to go home,” recounts Zhen. Like many workers, the man had borrowed funds from a local broker in his home country with the promise that he would pay the money back from the salary he earned in Japan. “With his plans inexplicably cut short, he called his mother for advice, but she was beside herself with worry over how they would repay the debt. His fellow trainees couldn’t provide any help either. Desperate, he ran away with a friend to avoid being sent home, but couldn’t find a job because his company still had his passport, foreign resident card, and all the paperwork for his visa. He ended up taking refuge at a friend’s house to keep from being deported, but the stress of the ordeal took a heavy toll on his mental health.”

A Japanese friend eventually introduced the man to Zhen’s office, but Zhen says the nightmare could have been avoided if the Japanese supervising organization had done its job. “A person may apply for a different visa category even if his or her technical trainee visa expires,” he asserts. “But the supervising organization, instead of advising the man, just told the company to send him back to Vietnam.”

In April 2019, Japan introduced a new Specified Skills visa status that opens the way for tens of thousands of low-skilled and semiskilled foreign workers to fill positions in designated sectors like agriculture, nursing care, construction, manufacturing, and hospitality. With the influx of workers from overseas, Zhen contends that the government needs to bolster supervisory mechanisms to ensure that employers give these laborers safe workplace environments and are not engaged in illegal labor practices. This is a role he feels his team at the labor union is qualified to fill. He has formed an NPO and is currently in the process of applying for government grants. While he admits it is a slow process, he remains dedicated to supporting downtrodden foreign workers.