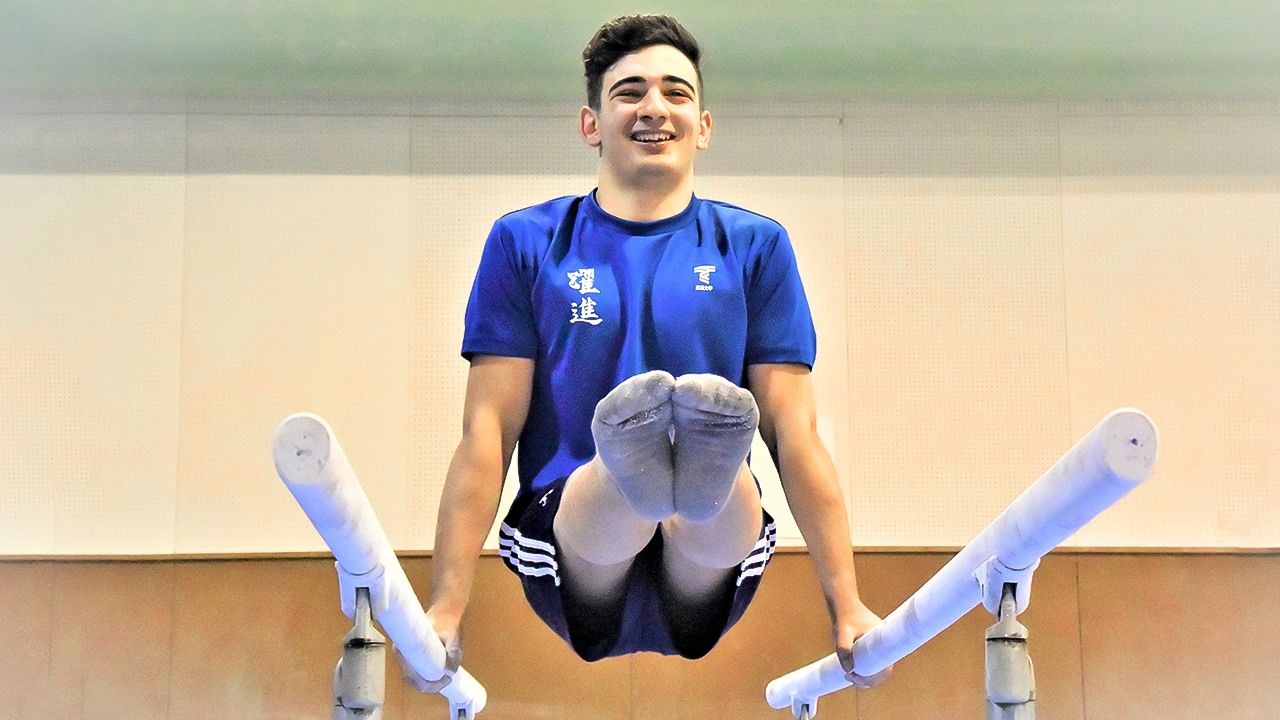 Tokyo 2020 Sports World History Society Apr 3, 2020
Yazan Alsouliman fled his homeland, war-torn Syria, but continues training in pursuit of his Olympic dream. Now studying Japanese at Tōkai University, where he is also on the gymnastics squad, he has represented Syria twice in international competition since coming to Japan in 2018. This 19-year-old is already achieving his dreams—what does the future hold for him?

A Bombed Gymnasium and a Broken Dream

Yazan Alsouliman started gymnastics at age three, encouraged by his father, Munzer, who was keen on the sport. He joined one of the only two gymnastics clubs in his hometown of Damascus. The equipment was aging and facilities were spartan, but this did not quench the enthusiasm of the 50 boys and girls training there.

Alsouliman’s skill gradually became evident, and at age 11, he was selected for Syria’s national team. He competed at the Arab Gymnastics Championships held in Egypt, coming in third in the pommel horse. The result ignited his passion for the sport. 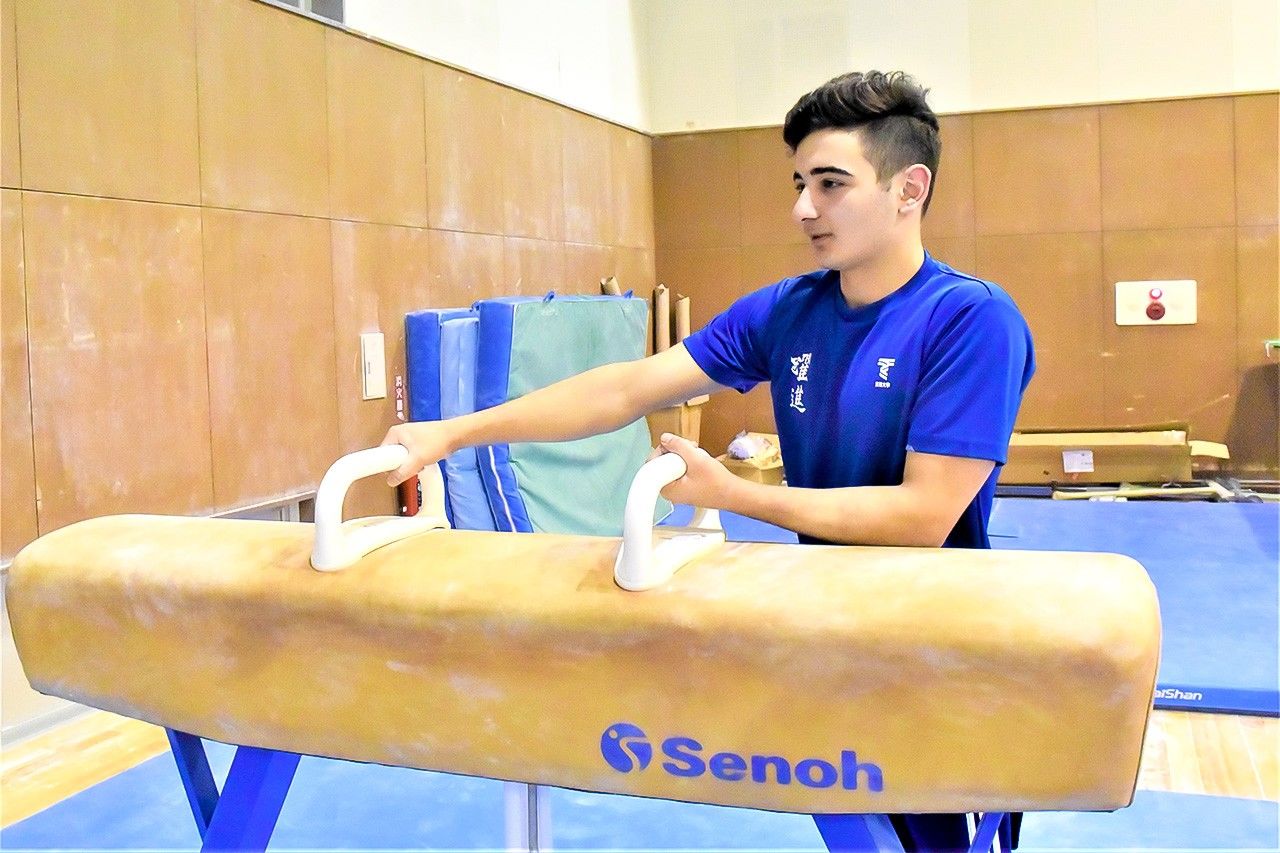 Alsouliman training for the pommel horse.

However, his peaceful days of training were to be short-lived. Alsouliman’s selection for the national team, in 2011, coincided with the outbreak of civil war in Syria. Prior to this, he attended elementary school each morning, followed by two hours of gymnastics training three or four days a week. But the outbreak of conflict cut his training time dramatically. When hazard warnings were issued, forcing him to stay in, his coach would contact him to instruct him to train at home. Often, he would go a whole month without using proper equipment. The number of children in the gymnastics club fell dramatically.

Then, in 2016, the gymnasium used by the Syrian team was bombed. Alsouliman was not there at the time, but when he visited the next day, he found that the equipment had been smashed to pieces.

“I initially didn’t recognize the dangers, but when I was about fifteen, I started to understand the meaning of war,” he recalls. “I felt sad and afraid. Now, I just hope for the war to end as soon as possible.”

Following His Idol to Japan

In those uncertain times, gymnastics continued to buoy Alsouliman’s spirits. He received instruction from the champion Syrian gymnast Fadi Bahlawan, whose experience included first place in the floor exercise for the national team at the world cup. This training helped Alsouliman to improve his floor performance.

His loving parents were passionate about his education, teaching him the importance of living earnestly and studying hard. Foreign language study is deeply engrained in Syria, where he was required to study English from elementary school and French from pre-secondary school. Russian was added to the curriculum from 2018. Alsouliman excelled at English, which kindled his interest in other countries.

His curiosity about Japan began when he was around 12 years old, kindled by names like Sony and the company’s popular PlayStation 4 console. This was around the time when Japan’s Uchimura Kōhei won the individual all-around gold at the 2012 Olympics in London, stirring even stronger interest in Japan for Alsouliman. He was elated to be chosen to go to Japan with the support of the Tokyo 2020 Solidarity Special Program, jointly organized by the International Olympic Committee and Japanese Olympic Committee.

But soon after Alsouliman arrived in Japan, he realized it would not be not so rosy. The language barrier impeded him for the first six months, and he was bewildered by the different customs.

Food was a particular challenge. As a Muslim, he cannot eat pork, and thus needs to check the ingredients of meals. However, when eating out, or even when buying food at convenience stores, he was hampered by being unable to speak or read Japanese, and he often discovered pork in unexpected foods.

Alsouliman was also frequently surprised by Japan’s different customs. He was unused to hierarchical relationships, and was treated coldly by the squad for not speaking to his seniors in appropriately polite language. But the toughest time for him was the month of Ramadan, when Muslims are expected to fast between roughly 2:00 am and 7:00 pm. Fasting in itself is testing, but to add to the this, all training was scheduled during the time when he could not eat. He drank water, out of consideration for his health, and snacked on bread if his hunger became unbearable. But it was also an emotional challenge for him as the only person fasting among his teammates.

Regardless, he never skipped training. Alsouliman studied Japanese enthusiastically and approached his training seriously. He won the support of those around him, which gradually eased the difficulties he faced in daily life.

Konishi Yasuhito—coach of the gymnastics squad at Tōkai University, where the young Syrian is enrolled in the Japanese language course for international students, and a trainer for the Syrian team—applauds Alsouliman’s language progress, “Now he converses freely with the team in Japanese. Giving heartfelt support to his teammates and helping them out in training will no doubt be a valuable experience.” Alsouliman is also grateful for his colleagues at Tōkai, who he says “live like a family.”

Dreaming of Peace for His Homeland

Two years have passed since he came to Japan. What are his impressions of the country and its people? According to Alsouliman, “People here take a serious approach to everything, including work and training. They don’t slack off just because the boss isn’t watching. It’s wonderful how clean and beautiful the city streets are. People don’t throw litter, not because there are police watching, but of their own volition. That’s what makes Japan number one for me. I wish Syria could be like this too.” 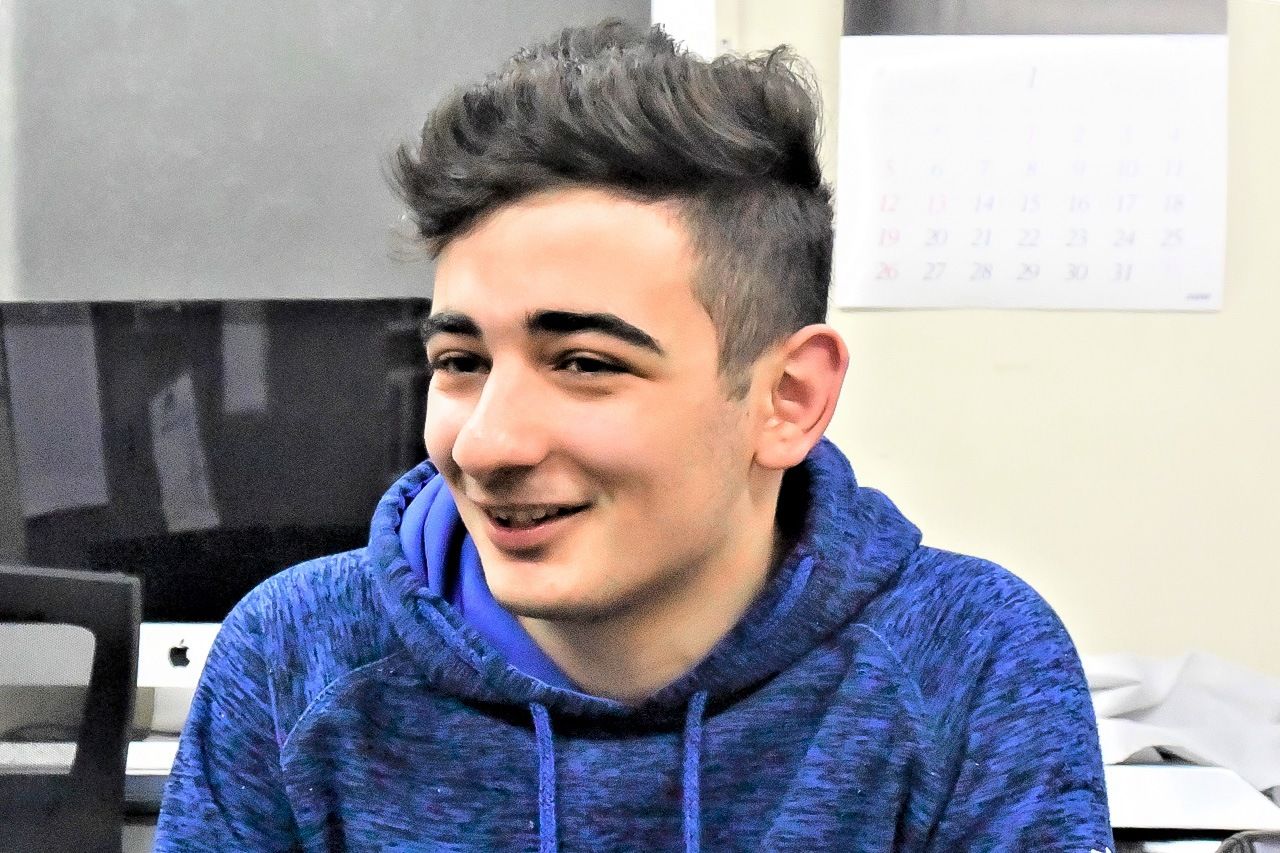 Alsouliman feels that coming to Japan has helped him to develop a plan for his life. He recently passed his university entrance exams, and in April 2020 will commence his physical education studies at Tōkai University. He hopes to go on to graduate school, and to keep competing until around the age of 30. His eventual aim is to become a gymnastics coach, possibly in Japan or Syria, though he is also considering Australia or Canada.

Alsouliman is naturally also concerned about his family back in Syria, and says that the war-torn country is always in his prayers. He video-chats with his mother almost every day. Although their conversation is often just casual chitchat, he is reassured to know that she is fine. He is earnestly pursuing his dreams in Japan, while ever grateful for the opportunity he has to devote himself to training in safety.

(Originally published in Japanese. Banner photo: Yazan Alsouliman training on the parallel bars. All photos by the author.)