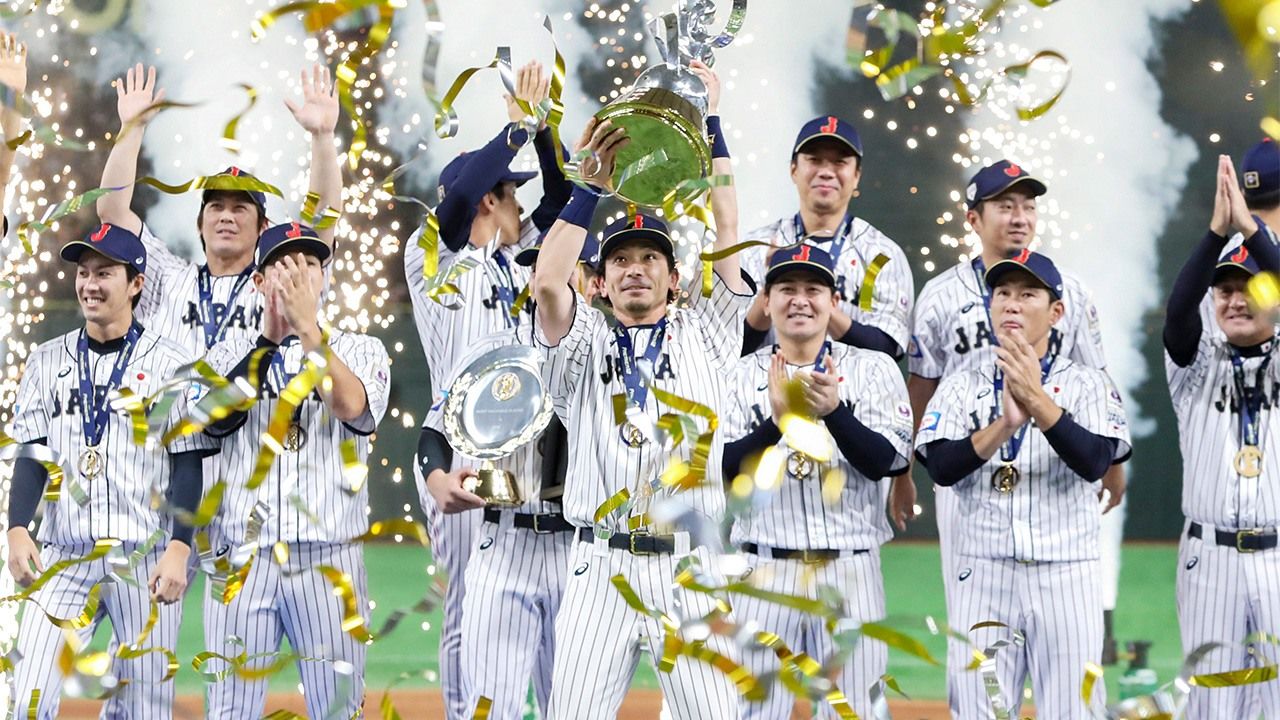 Tokyo 2020 Sports Culture Society Entertainment Apr 7, 2020
Samurai Japan, the Japan national baseball team, came out on top at the WBSC Premier 12 tournament in November 2019, beating rival South Korea 5 runs to 3 in the championship game. Manager Inaba Atsunori has instilled his players with the confidence they must have to win in the upcoming Olympic Games.

The championship game in the WBSC Premier 12 tournament held last autumn saw outstanding play by Japan’s baseball superstars. Japan came from behind on a 3-run homer by Yamada Tetsuto of the Tokyo Yakult Swallows, and Suzuki Seiya of the Hiroshima Tōyō Carp also made some great plays, winning him the title of tournament MVP.

Not everyone took the field, though. Among the team members benched for the WBSC Premium 12 tournament to ensure they stay in best condition for the Olympics were Sugano Tomoyuki of the Yomiuri Giants, known for his steady right-hand pitching, and outfielder and powerful batter Yanagita Yūki of the Fukuoka Softbank Hawks.

The global COVID-19 pandemic has thrown much of Japanese society into turmoil, though, and the sports world is no exception. The Nippon Professional Baseball season opener, originally scheduled for March 20, has been postponed for now until April 24, and the Olympics themselves are now slated to take place a year later, in the summer of 2021. But the baseball players aiming to take one of the 24 slots on the national squad continue to practice and maintain their conditioning, with their eye on the games—whenever they take place.

With only six teams scheduled to compete, the upcoming Olympics tournament will have an unusual format of a group round with possible rematches in later rounds. Japan’s most challenging rival will be South Korea, and the games are certain to be intense. The full roster of 24 players is scheduled to be decided in June. 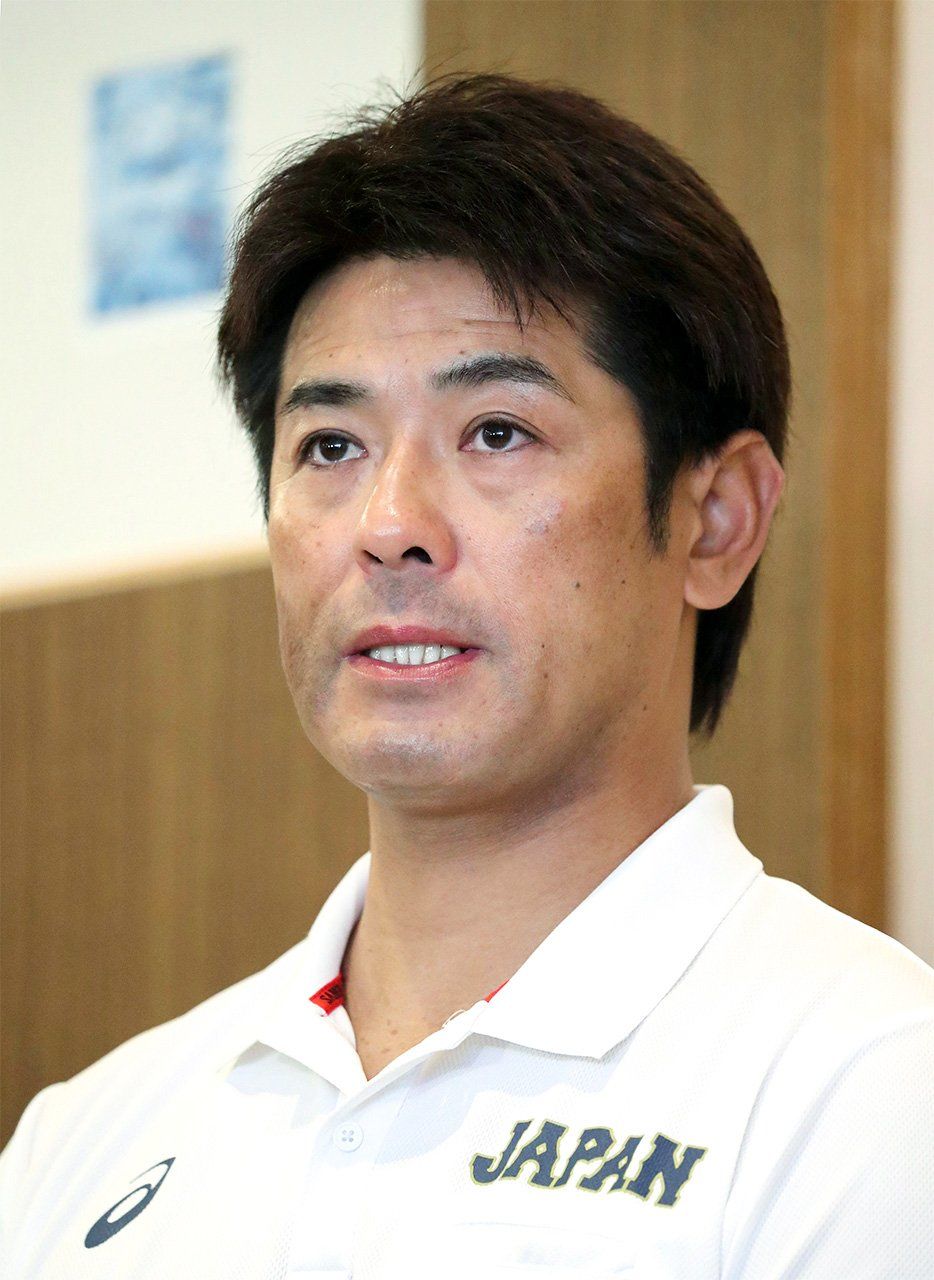 Baseball may have been invented in the United States, but it is today a true national sport in Japan. At the 1964 Tokyo Olympic Games, an exhibition game was held between a team of Japan’s top student and amateur players and a US team of college students.

A demonstration tournament was included in the 1984 Los Angeles Olympic Games, although baseball was still not an official Olympic sport then. Legendary University of Southern California coach Rod Dedeaux assembled an all-star US team of college students that included Mark McGwire, who would later go on to become a leading slugger in Major League Baseball—and who also became notorious for his involvement in a doping scandal. Despite such formidable opponents, the Japanese mixed team of college students and amateur players won the tournament final to become the champions.

At the 1992 Barcelona Olympics, baseball was at last included as an official Olympic sport. Cuba was the favored contender at that time, but Japan did manage to capture the bronze medal. In the following Atlantic Olympics in 1996, Japan won silver in the final game against Cuba.

Professional baseball players were allowed to participate at the 2000 Sydney Olympics, when the games were opened up to professional athletes. Japan entered a mixed national team of amateurs and professionals, but only got as far as fourth place, missing a medal altogether. For the 2004 Olympic Games in Athens, Japan assembled a team consisting exclusively of professional players and the highly popular manager Nagashima Shigeo, referred to by Japanese fans as “Mister,” was appointed as team manager. Just before the games, however, Nagashima was incapacitated by a stroke. While the team continued to play under a hastily appointed substitute manager, Samurai Japan only got as far as the bronze medal. These circumstances only heightened the Japanese determination to win gold, but the national team missed the podium again at the 2008 Beijing Olympics, ending in fourth place.

Baseball was removed from the Olympics at the 2012 London Games, due in part to the lack of enthusiasm for the sport in Europe and Africa, and because MLB teams were reluctant to allow their top players to risk injury on a national team. The Tokyo Olympics will feature baseball once again, after a hiatus of three summer games, but it is already known that the next summer Olympics to be held in Paris in 2024 will not include baseball. Tokyo may well be Japan’s only chance to win an Olympic gold medal in the sport.

The Olympic and Paralympic Games have been postponed until 2021. But despite the sudden change of schedule, once the NPB regular season finally starts, we can expect to see the hopeful members of Samurai Japan once again take the field in their respective uniforms, honing their skills as they continue to dream of Olympic gold.