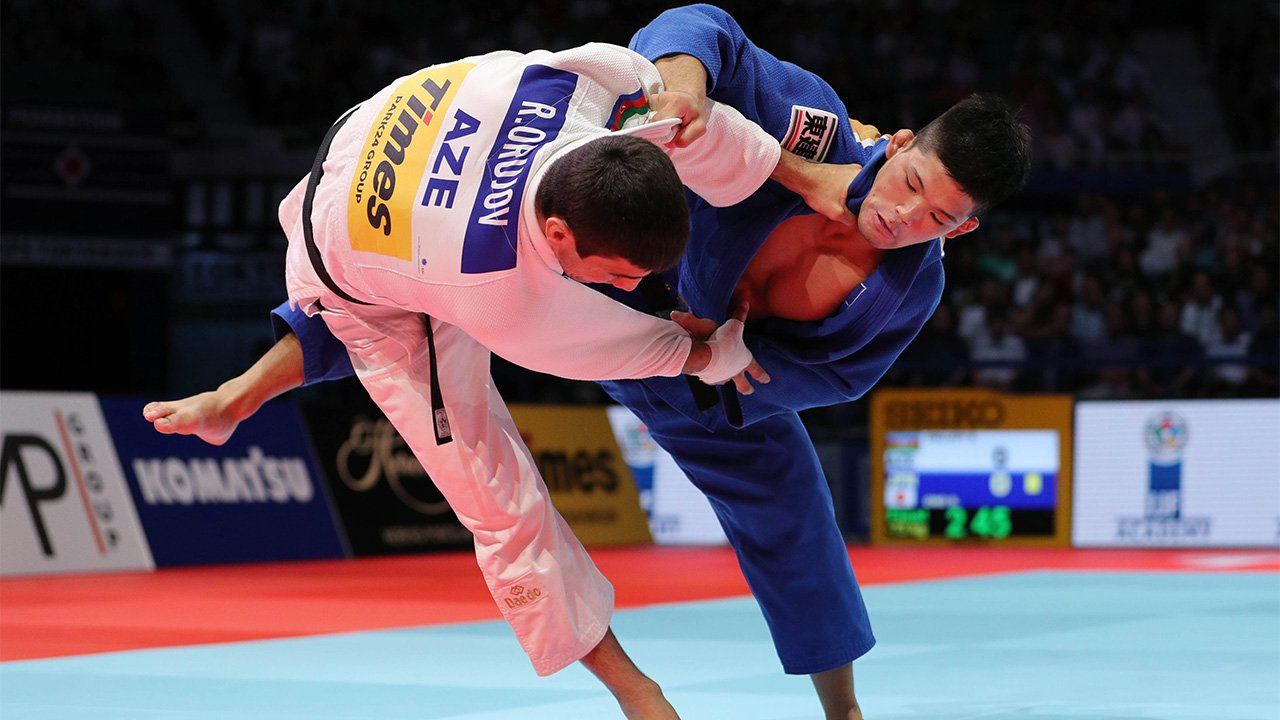 Tokyo 2020 Sports Culture Society World Apr 13, 2020
Jūdō has always been one of Japan’s Olympic fortes. Since it was introduced as an official sport at the 1964 Tokyo Games, Japan has won 39 gold medals—three times more than closest rival, France. At the upcoming Olympics, Ōno Shōhei is the favorite to win the men’s jūdō in the 66–73 kilogram (lightweight) class.

Ōno Shōhei was born in 1992 in Yamaguchi Prefecture. He attended the elite Kōdōgakusha jūdō boarding school in Tokyo before entering Nara Prefecture’s Tenri University. Kōdōgakusha also boasts Olympic gold medalists Koga Toshihiko and Yoshida Hidehiko among its alumni, while three-time gold medalist Nomura Tadahiro honed his skills at Tenri. Ōno has been fortunate to study at such institutions.

His competitive career has not been an easy road, but he persevered—developing mental and physical fortitude through his zealous training. Japan’s men’s jūdō team has been back in the spotlight since the 2012 London Olympics, where they put on a strong performance, despite failing to secure gold. Ōno placed first in the World Jūdō Championships in 2013, 2015, and 2019. His first Olympics was Rio de Janeiro, in 2016, which he entered as the favorite. Prior to the event, he set himself a formidable goal of winning “at least the gold medal,” and he achieved an overwhelming victory. While he displayed his dominance on the mat, his expressions of respect for his sparring partners set a fine example for all jūdōka. Even the world’s top-ranked competitor, France’s Teddy Riner, acknowledged his strength.

Although Ōno took a break from competitive jūdō for his postgraduate studies, he considers these three years well spent, considering the gap between Olympic Games. At the 2019 World Championships, he made a name for himself, both in Japan and internationally, by winning all six bouts with ippon moves—decisive throws or pins that win the match instantly—rather than on points earned with less decisive techniques. But even after defeating rival An Changrim of South Korea at the Dusseldorf Grand Slam in February 2020, he coolly stated that he was “only focused on the main event,” referring to the Olympics.

He describes his style as tackling his opponent firmly and throwing him correctly. This strategy has secured him numerous ippon wins.

Although the Tokyo Olympics have been rescheduled to summer 2021, due to the severity of the global spread of COVID-19, Ōno Shōhei’s heart, technique, and physique will not be shaken. There is no room for laxity in his drive to prove his supremacy.