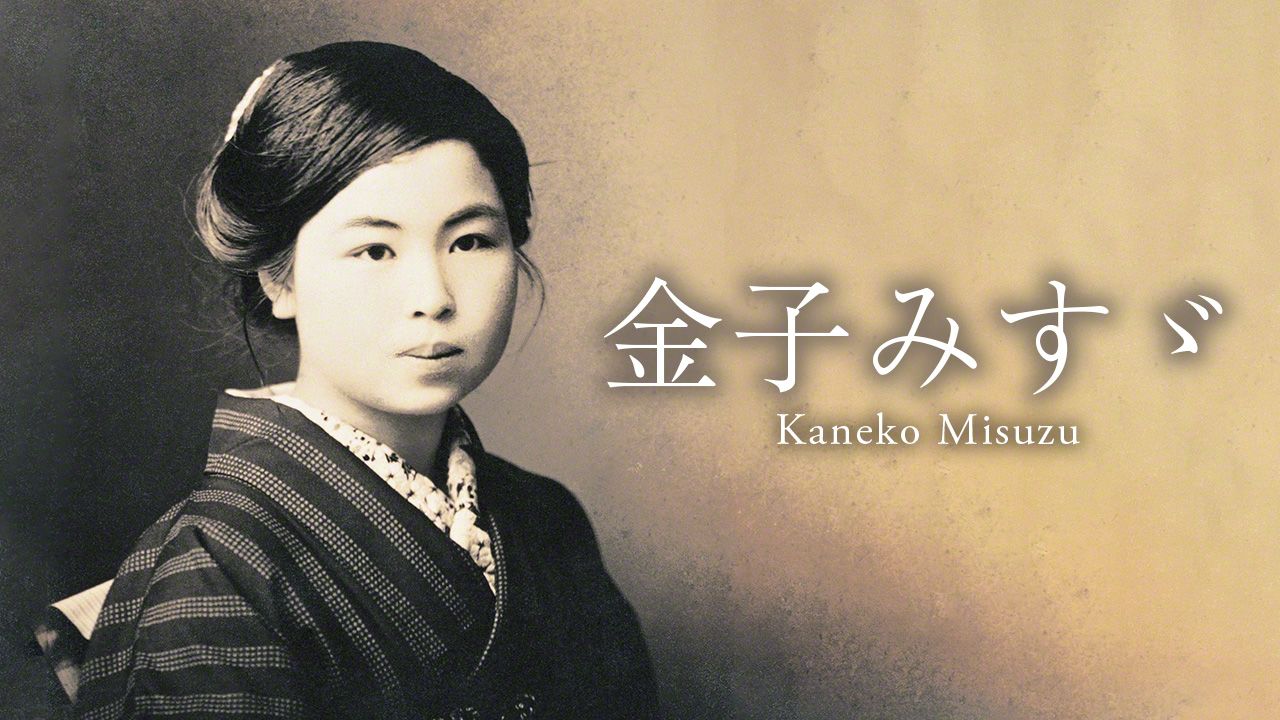 Kaneko Misuzu: Rediscovering the Life and Work of Japan’s Poet for Children

Culture History Books Mar 10, 2021
Yazaki Setsuo remembers the fateful encounter he had with the writing of children’s poet Kaneko Misuzu and the long search that helped to bring her work back into the light after it had been forgotten for half a century.

The beginnings of serious Japanese writing for children date back to the early decades of the twentieth century. The fashion for writing dōyō, poetry and nursery rhymes that could be enjoyed by children and adults alike, is often dated to the publication of Akai tori (Red Bird), a children’s magazine, in July 1918. One young woman in particular shot across the scene at the height of the movement, producing numerous verses that earned her the praise of the poet Saijō Yaso as “the brightest star among all the young writers of poetry for children.” That woman was Kaneko Misuzu. 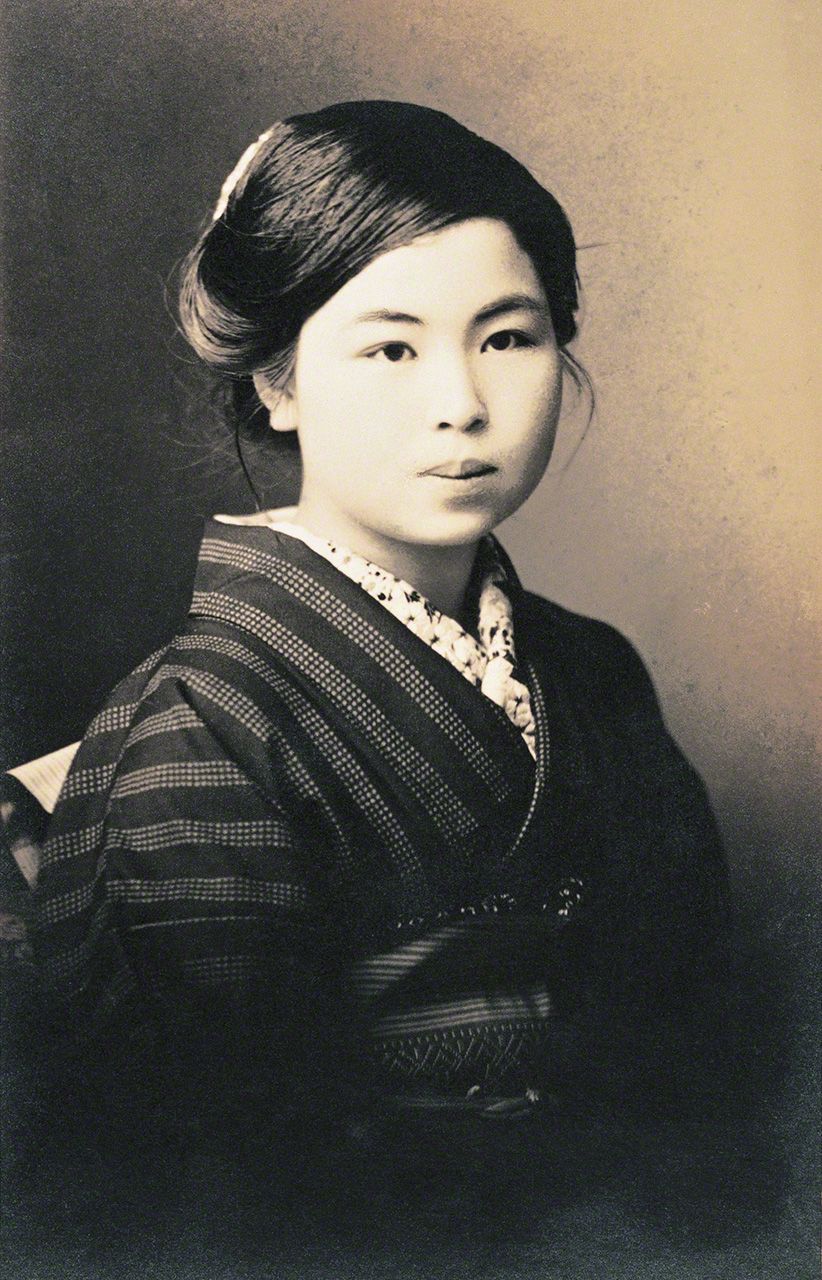 The Akai tori magazine was part of a movement that aimed to create works of artistic merit for children. It was followed by other magazines that published children’s stories and poetry, including Kin no fune (Golden Boat) and Dōwa (Fairytales). Some of the leading poets of the day published children’s songs and poetry in these journals: Kitahara Hakushū in Akai tori, Noguchi Ujō in Kin no fune, and Saijō Yaso in Dōwa.

Kaneko published around 90 verses, mostly in Dōwa, and became something of an obsession for other poets writing verse for children. Tragically, her short life came to an end on March 10, 1930, at the age of just 26.

After her death, her life and work were buried in obscurity. Despite numerous attempts to find out more about her, she remained a mythical figure among aficionados of the children’s writing of the early twentieth century.

I first encountered one of her verses (“Tairyō,” or “The Big Catch”) in my first year at university in 1966, when it was included in an anthology of children’s writing published by Iwanami.

At sunrise, glorious sunrise
It’s a big catch!
A big catch of sardines!

On the beach, it’s like a festival
but in the sea, they will hold funerals
for the tens of thousands dead.

When I first read “The Big Catch,” I was astonished. It quite eclipsed the other 300 or so pieces in the anthology. In just 10 lines in Japanese, this poem had overturned my anthropocentric way of looking at the world completely. Until that moment, I had more or less taken it for granted that sardines and other creatures existed essentially to provide us with food. Suddenly, my perspective shifted, and I understood how dependent we were on other creatures: that our very existence was only possible thanks to the sacrifice of the precious lives of all the fish we pulled out of the sea every day.

I was astonished by the quality of the verse and longed to read more by the author. My search for Kaneko Misuzu had begun.

I started haunting the used bookstores of Jinbōchō in Tokyo, looking for books with Kaneko’s name in them. I visited the National Diet Library and various museums of literature, but didn’t find anything. From Satō Yoshimi, another writer of children’s songs, I learned that Kaneko had always submitted her contributions from an address in Shimonoseki, Yamaguchi Prefecture, and that she died at a young age.

Later, Danjō Harukiyo, a contemporary of Kaneko who had contributed poems and songs to many of the same magazines, compiled Mayu to haka (Cocoon and Grave), a self-published collection of 30 of the children’s poems Kaneko had originally submitted to Dōwa. But after that, the trail went cold, and I made no further progress in my search for the next 10 years. Even in Shimonoseki, I could find no one who recognized Kaneko’s name. I decided to change direction and start my search again, this time from the Shimonoseki bookstore from which she had originally submitted her writings.

This was my breakthrough. From the bookstore, I finally managed to trace a line to Kaneko’s surviving relatives, and learned that her brother, Kamiyama Gasuke, was still living in Tokyo. Sixteen years had passed since my first encounter with her poem about the great catch. It turned out that Kamiyama had preserved three volumes of Kaneko’s poems, carefully transcribed in her own handwriting. Together, the volumes contained fair copies of 512 verses, expanding the size of her known oeuvre more than fivefold. From him I was also able to learn a little more about Kaneko and the kind of person she had been. 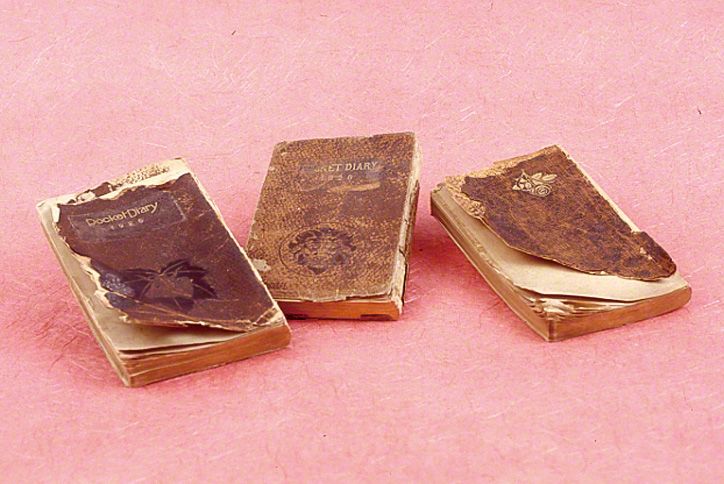 The three handwritten notebooks of Kaneko Misuzu’s verse, kept by her brother for more than 50 years.

Kaneko Misuzu (real name Teru) was born on April 11, 1903, in the fishing village of Senzaki on the Japan Sea coast of Yamaguchi Prefecture (today part of Nagato). She was the eldest daughter of Kaneko Shōnosuke and his wife Michi. Other members of the family included elder brother Kensuke, two years older than her, and their grandmother, Ume.

Two years later, another brother, Masasuke, was born. This was the man I would meet all those years later in Tokyo, where he worked as a director and lyricist under the penname Kamiyama Gasuke. The following year, the children’s father died. Michi’s sister Fuji had married into the Ueyama family that ran the Ueyama Bun’eidō bookshop in Shimonoseki, and with their support, the Kaneko family started up in the same business, selling books from the Kaneko Bun’eidō bookstore.

In 1907, Masasuke was adopted into the Ueyama family as an heir to take over the bookselling business. After leaving the Setozaki Elementary School in 1916, Kaneko entered the Ōtsu High School for Girls. A gentle, cheerful, and kind-hearted girl, she excelled in her studies and was liked by everyone in her class. When she was in her third year at the school, Fuji died and Michi (Misuzu’s mother) took her sister’s place in the Ueyama family. 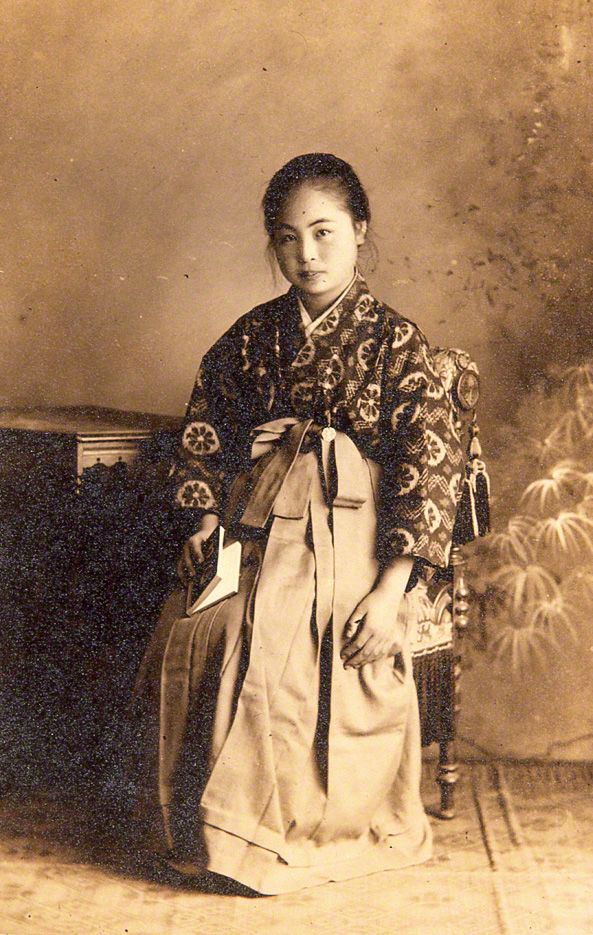 Misuzu in her days at the Ōtsu High School for Girls.

In 1923, three years after graduating from her school for girls, Kaneko moved to Shimonoseki and began writing nursery rhymes and other poetry for children while working as the sole employee of the Ueyama Bun’eidō bookshop, where her mother Michi now lived. About a month later, under the pen name of Kaneko Misuzu, she submitted her verses to four magazines, including Dōwa. All four submissions were accepted. It was Dōwa that became her main outlet for her writing in the years that followed.

On the recommendation of her uncle, Kaneko married in 1926, and a daughter Fusae was born in November that year. However, her husband insisted that Kaneko should concentrate on being a wife and mother and forbade her to write poetry or correspond with other poets. She copied out her poems into three notebooks, entrusting one set to Saijō Yaso and another to her brother Masayasu. And with that, her brief career as a writer came to an end.

Eventually, exhausted physically and mentally by the pressures of married life, Kaneko divorced her husband. She wanted to bring up Fusae by herself, but under the law at the time, only the father had custody. She tried repeatedly to persuade him to let her keep the child, but he refused to budge. The day before her husband was due to come and collect Fusae, Kaneko left a last letter to her husband begging him to take the child to live with her mother, Michi. She ended her short life of just over 26 years on the morning of March 10, 1930.

Touching Readers Across Time and Space

For the next half a century, Kaneko Misuzu’s works vanished from the public eye. They reemerged with the publication of an edition of her complete works by Jula Publishing in 1984, which brought together poems from the three handwritten notebooks kept by her brother. Today, her poems frequently appear in Japanese school textbooks and her work has been translated into more than 10 languages, bringing her to the attention of readers around the world. Why is her writing still able to touch readers so far removed from her in time and space? I think one explanation for this enduring popularity can be found in the words of my mentor, the poet Mado Michio, who made a distinction between poetry and children’s songs or nursery rhymes (dōyō).

Kaneko’s verses have touched so many people’s hearts because she wrote for the universal humanity she found inside herself. Part of the pleasure that readers get from her writing comes from this sense of recognition of themselves in her verses, and the thrill of seeing their own emotions, which perhaps they could not put into words themselves, reflected back at them.

I would like to close this piece by introducing “To the Bright Side,” a poem that carries a powerful message of hope to the world we live in today, suffering from the impact of the coronavirus pandemic.

To the Bright Side

Even a leaf
in a shaded thicket
leans to where the light leaks in.

Insects in the night
fly close to a lamp
even if their wings might burn.

Children of the city
flock to where there’s more space
and the sun shines.

Let us hope that the days ahead will bring us closer to the light and joy expressed in these lines.

(Originally published in Japanese on February 24, 2021. All photographs courtesy of Preservation Association of Misuzu Kaneko’s Works. English poems from Are You an Echo? The Lost Poetry of Misuzu Kaneko, translated by David Jacobson, Sally Ito, and Tsuboi Michiko.)