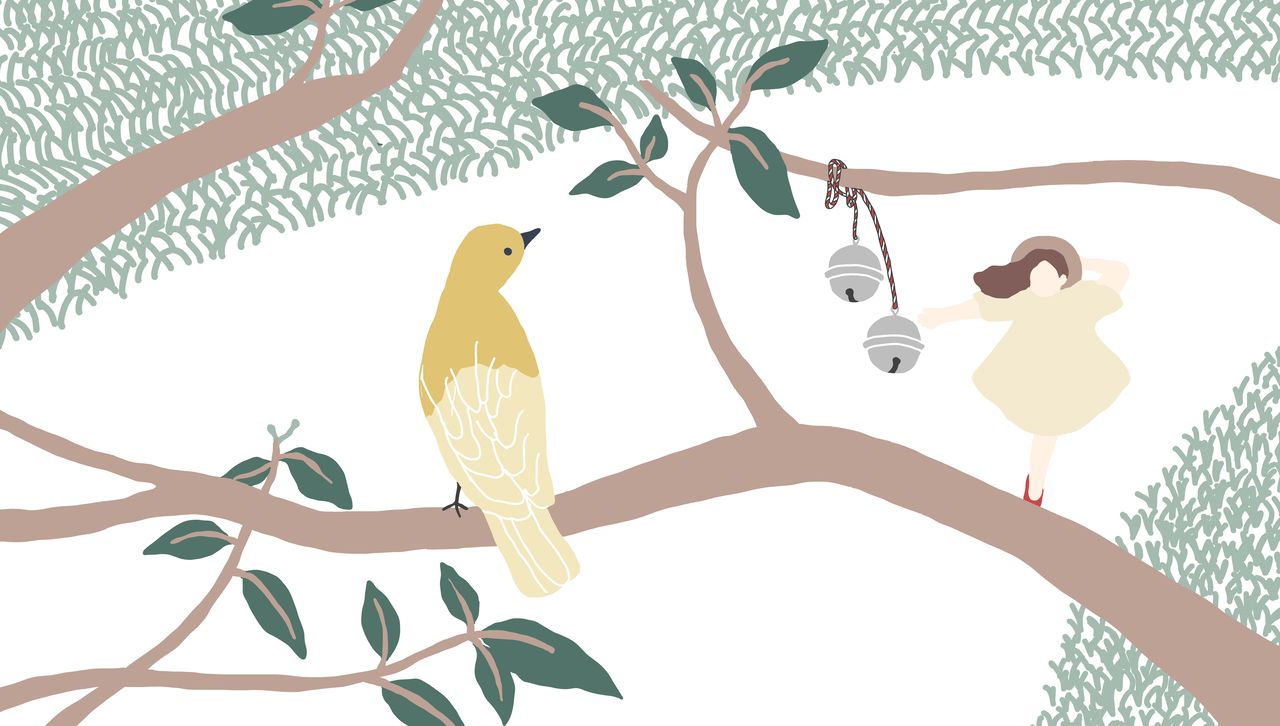 Culture Mar 16, 2021
One hundred years after they were written, Kaneko Misuzu’s children’s songs and poems continue to resonate with readers of all ages. The poems embrace a forgiving, tolerant vision of the world: reminding readers that “we’re all different, and that’s just fine,” and urging us to have respect for the important things we cannot see.

It’s All Right to Be Yourself

Bird, Bell, and I

Even if I spread my arms wide,
I can’t fly through the sky,
but still the little bird who flies
can’t run on the ground as fast as I.

Even if I shake my body about
no pretty sound comes out,
but still, the tinkling bell
doesn’t know as many songs as I.

Bird, bell, and I,
We’re all different, and that’s just fine.

This is one of Kaneko Misuzu’s best-known works. The poem conveys a message of tolerance and understanding, one that finds value in diverse ways of being: Everyone is different, but everyone has their own strengths. You are what you are. It’s all right to be yourself. All life on earth, including human beings, has its unique strengths and its own role to play. These differences make all lifeforms precious and unique. Everyone is perfect in their own way: the perfect version of their own unique self.

It is a vision of the world that is far removed from an egotistical, human-centered understanding.

My favorite part of the poem is the first line of the final stanza. The title of the poem in Japanese is “Watashi to kotori to suzu to” (Me, the little bird, and the bell) but the line in the poem itself reverses this order to refer to “suzu to kotori to, sorekara watashi” “the bell, the little bird, and me.” Not “me and you,” but “you and I”—this choice expresses an openness and acceptance of others, delighting in the differences that make each of us precious and unique. We’re all different, but we all have our special qualities.

Another important aspect of the poem is the way in which it focuses on the things we can’t do, and all the things we do not know: the speaker can’t fly like a bird, but then the bird can’t run as fast as she can along the ground. We are all champions within our own areas of expertise.

When we come into the world, we are helpless and ignorant creatures who can do nothing for ourselves. As our knowledge and abilities increase, we often start to discriminate between those who can do things and others who cannot.

Misuzu focuses first on the things that we can’t do, and only then reminds us of the things we can do and the types of knowledge we do possess. The poem reminds us that we all have our own stories, our own histories, our own accomplishments and experiences. We are all precious beings with our own unique gifts.

Unseen Things Are Still There

Deep in the blue sky,
like pebbles at the bottom of the sea
lie the stars unseen in daylight
until night comes.
You can’t see them, but they are there
Unseen things are still there.

The withered, seedless dandelions
hidden in the cracks of the roof tile
wait silently for spring,
their strong roots unseen.
You can’t see them, but they are there.
Unseen things are still there. 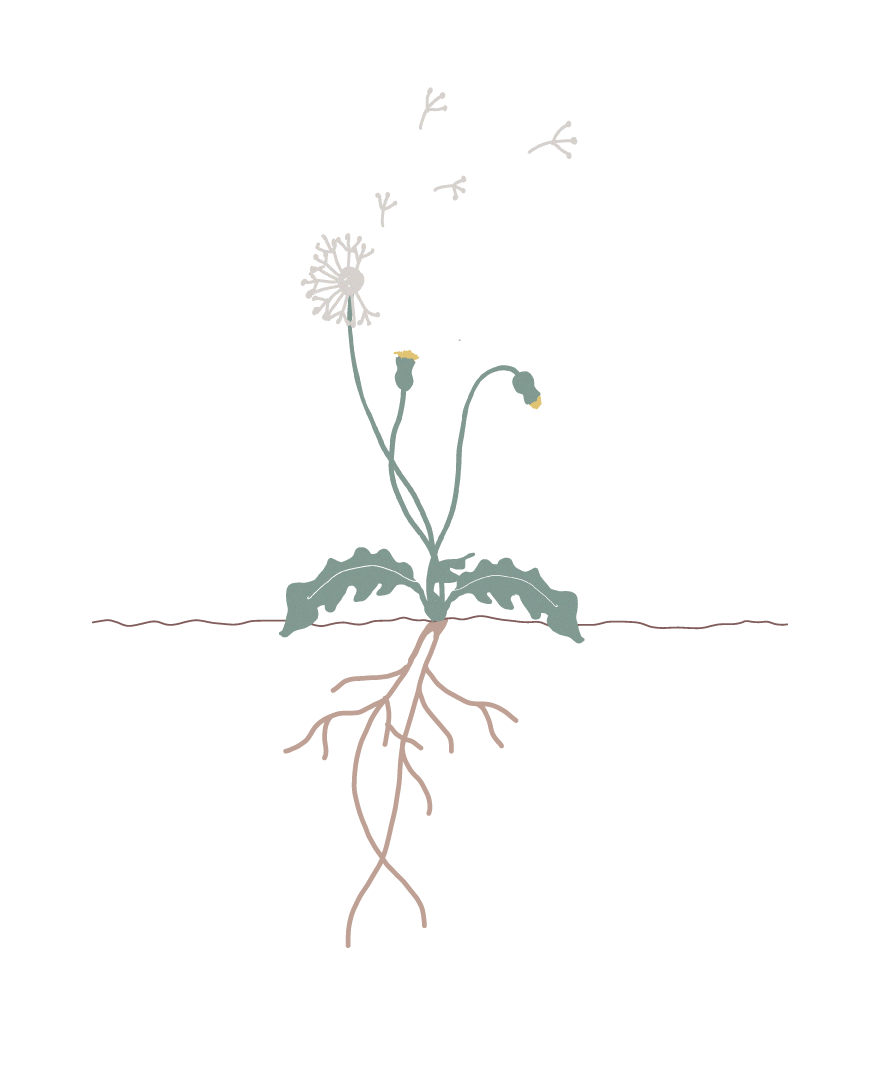 Here, Misuzu reminds us of all the little things that lie beyond our sight in the world, encouraging us to break away from our tendency to focus only on the things we can see. There are hints here of the same sensibility we saw in “The Big Catch,” where she writes of the invisible sadness of the sardines beneath the waves, mourning their friends and relatives who have been caught in the fishermen’s nets.

As well as the visible things around us, our surroundings are also filled with invisible air. It is thanks to this air that we are alive. There are many things we can’t see: not because they don’t exist, but because—just like the stars during the daytime or the dandelions hidden high up in the rooftops—we forget about them or fail to notice them because of a lack of imagination and an inability to go beyond the surface and think more deeply about things.

The verse brings to our attention the things we had failed to notice before, spurring us to take stock and look properly at all these things that help us make us who we are.

The Important Things that Can’t Be Seen

Snow on top,
It must feel cold,
The chill moon shining down.

Snow on the bottom,
It must feel heavy,
Hundreds of people on you.

Snow in the middle,
It must feel lonely,
No earth or sky to look at.

Reading this poem about a piled-up blanket of snow, I am moved by the way in which the poet does not see snow simply as an undifferentiated mass, but instead takes careful note of the three different layers of snow on top, bottom, and middle. Although other people might have come up with the conceit of the snow on the top and on the bottom, probably not many people had ever thought about the snow in the middle before.

Whenever I read this poem, I am reminded of the words of a village head I met once in Hokkaidō, where I had traveled to see the drift ice. He welcomed us to his village and then recited lines from the poem by heart.

“All my life, I’ve seen so much snow,” he told us. “And now I’m in my seventies. But until this year I had never once thought about the snow in the middle. I feel ashamed of myself for never having considered that which is truly important in all those years.” And he started to weep again.

His response drove me to reflect within myself about Misuzu’s children’s songs. I felt a voice within my heart asking insistently: like that elderly village head, had I too not lived my life without ever looking at what really matters in life?

Kaneko Misuzu’s poems pose the same probing question of anyone who reads them: “And what about you?”

Kaneko Misuzu (real name Teru) was born in 1903 in the fishing port of Senzaki on the Japan Sea coast of Yamaguchi Prefecture. During a brief career as a writer, she became one of Japan’s most accomplished writers of poetry and songs for children. She died in 1930 at the age of just 26. After her death, her work fell into neglect for decades. The writer Yazaki Setsuo searched for traces of Misuzu for decades until finally discovering a manuscript containing 512 of her poems, which was published as a new edition of her complete works in in 1984.

(Originally written in Japanese. English poems “Bird, Bell and I” and “Stars and Dandelions” are from the book Are You an Echo? The Lost Poetry of Misuzu Kaneko, translated by David Jacobson, Sally Ito, and Tsuboi Michiko. “Blanket of Snow” is from the book Something Nice translated by D. P. Dutcher. Illustrations © Moeko.)