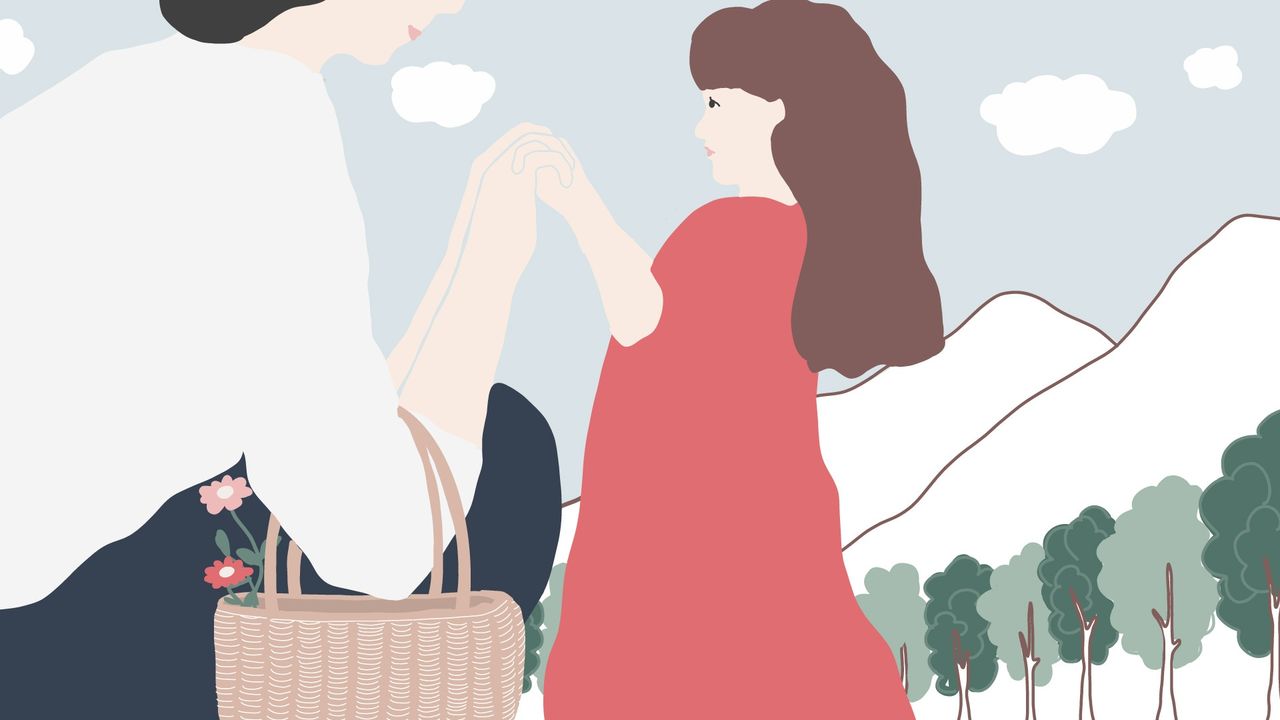 Culture Books Apr 8, 2021
Kaneko Misuzu’s flights of imagination took her everywhere: from small things invisible to the human eye to the open skies and the vast cosmos beyond. At the same time, she was able to describe human emotions in language that was memorable and easy to understand, based on her keen observations of everyday life. An exploration of the humility and generosity of spirit that make Misuzu and her work so appealing.

And, and then, God
is in the tiny little bee.

In “Bee and God,” God is not some distant, awe-inspiring supernatural being located far from our daily experience, but right here inside everything we see around us, including ourselves. It’s a happy, reassuring thought.

For Kaneko Misuzu, everything on earth—not just animals and plants, but lifeless things like stones and minerals as well—were part of a greater unity, living together and supporting one another to form a precious whole. This idea would have been impossible for someone who saw the world from an anthropocentric perspective. 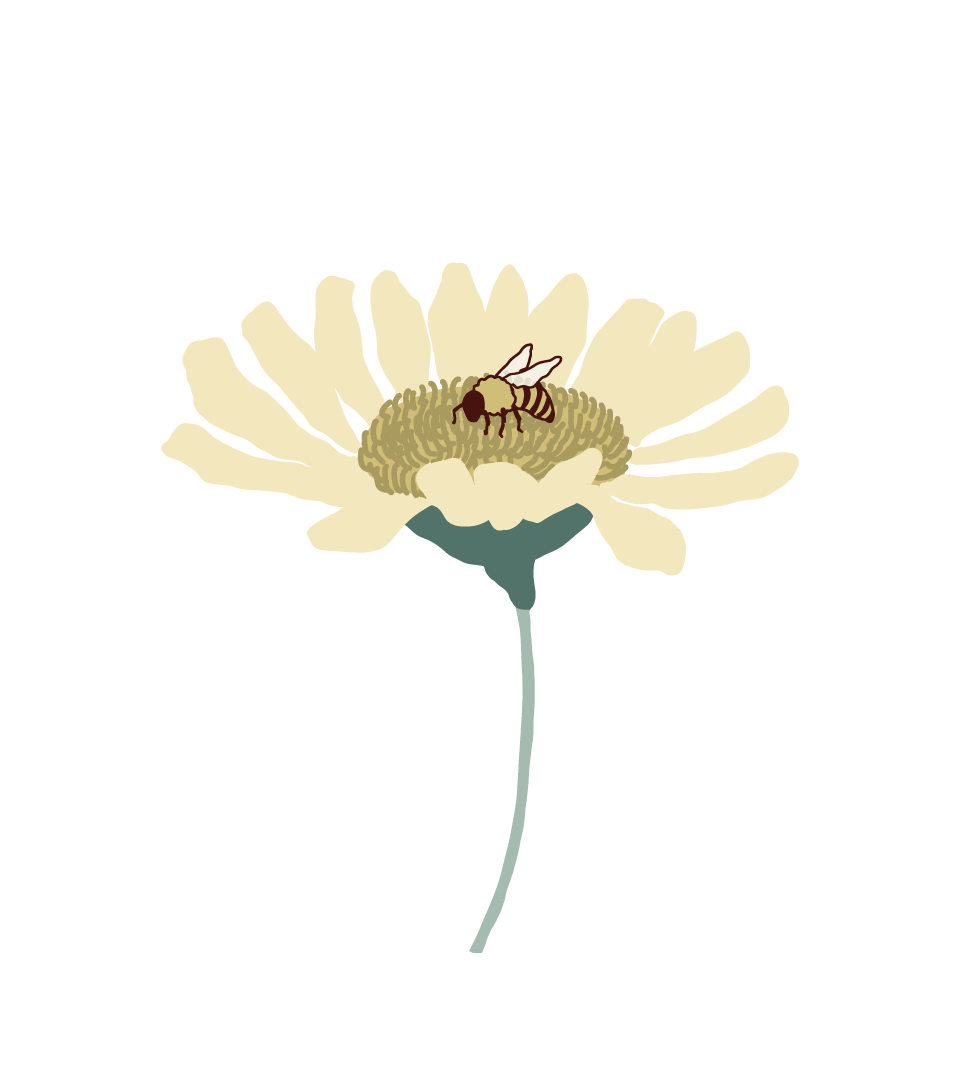 I once bent down to pick up the leaf of a persimmon tree that had fallen onto the ground in front of me. When I took the leaf in my hand, I was overcome by a strange sensation, as if I had suddenly been lifted up into the sky and were looking down on the scene from high above where I stood. Somehow, this single leaf contained an aerial photograph showing a great river, branching off into numerous streams as it gently flowed, and by its side the town, rendered silent by distance.

I might never have been moved by this strange moment of shifted perception if I had not encountered Misuzu’s lines about God and the bee. The idea that the whole is contained in its parts, as the parts are contained in the whole, was one that resonated with me. In that moment, I felt profoundly the power of its truth.

Human beings are just one part of life on earth—and yet so often people act as if they can do as they please, as if we are the only things that matter. Even when people have the best interests of the natural world at heart, they often speak of “caring for the environment.” But that is the wrong way of looking at it. The earth cares for us—that is the only reason why our species is still able to exist.

There’s apparently a saying in Native American cultures: “We do not inherit the Earth from our ancestors; we borrow it from our children.” I am reminded of this attitude of humility and respect whenever I read Misuzu’s poems, and of the importance of inscribing it in the hearts of all people—before it is too late.

Are You an Echo?

And then, after a while,
becoming lonely

Are you just an echo?
No, you are everyone.

What is the original echo but the call-and-response formed by the two beating hearts of a mother and her baby? “I’m here.” “You’re there.” “I’m happy.” “I’m happy too.” “I love you!” “I love you too!” It is through the closely matched antiphonal beating of these two hearts—separate but one, joined but apart—that we human beings are born into the world and begin our lives.

In this sense, an echo is most noble of human actions.

When children are small, surely all parents experience a child’s pain almost as their own, and echo the child’s cry of pain: “Ouch, that hurts,” almost as if they could feel the pain themselves. But how quickly we and the children grow, and before we know it we are putting ourselves first, voicing our own feelings rather than accepting the child’s pain and sadness as our own.

We no longer give that echoing murmur of sympathy: “Ouch, that hurts . . .” Instead, we try to argue with the pain: “It doesn’t hurt.” “Don’t cry.”

A child comes into the world trusting in the assurance of love from a unique mother and father. And yet now those parents no longer sympathize with the child’s pain but insist on seeing things from their own perspective. How does this make the child feel? And what becomes of these feelings of sadness and pain?

To love someone means to deal with them properly and to accept their pain and sadness as our own. This, I feel, is Misuzu’s message.

Living On in the Memories

A silkworm enters its cocoon—
that tight, uncomfortable cocoon.

But the silkworm must be happy;
it will become a butterfly and fly away.

A person enters a grave—
that dark, lonely grave.

But the good person
will grow wings, become an angel
and fly away.

“Actually, a silkworm doesn’t turn into a butterfly, even when it grows up and leaves its cocoon,” a little girl told me once after reciting these lines.

And she was quite right. Even if a silkworm reaches adulthood, it will never become a butterfly capable of fluttering high into the sky. And, of course, many silkworms never make it to adulthood. They are used for human purposes to produce silk, and never live to see the world outside their cocoons.

Perhaps this sad thought made Misuzu want to take pity on the silkworms, who die before their lives have even begun, allowing them to spread their wings as butterflies and soar into the sky.

Humans die too, after which they find themselves inside a dark and lonely grave. But unlike the silkworms, we at least have been born into the world and have tasted its wonders. And we can live on in the memories of the people we touched during our lives.

Misuzu talks of “good children” (ii ko) in her poem—but all of us are “good children” in the sense that we came into the world by inheriting the gift of life from our parents. And that is good enough for you and me. Good enough for all of us. Perhaps this thought can help to make the idea of dying less fearful.

After Misuzu’s death, her mentor, the poet Saijō Yaso, discussed these lines in his essay, “One night in Shimonoseki: Reminiscences of the late Kaneko Misuzu,” describing it as “probably her greatest masterpiece.”

I hope that this short introduction will help to bring Kaneko Misuzu and her work to the attention of more people around the world. If her work can bring to readers in other languages something of the enjoyment and nourishment it has given me over the years, nothing would make me happier.

(Originally published in Japanese. The English poems “Are You an Echo?” and “Cocoon and Grave” are from the book Are You an Echo? The Lost Poetry of Misuzu Kaneko, translated by David Jacobson, Sally Ito, and Tsuboi Michiko. Illustration by Moeko.)