Guide to Japan Society Jun 11, 2021
Japan is known for its lucky cat figurines, but Mako, a snow-white kitty who watches over a store selling lottery tickets, is a real-life manekineko. To date, customers playing the odds have won a total of ¥2.6 billion. Good news travels fast, and the shop now attracts people from far and wide in hopes that some of the feline luck will rub off.

For many Japanese, spending a few hundred yen on the lottery, or takarakuji, is a familiar pastime; a way to buy a dream for spare change. There are some 8,000 outlets nationwide that sell tickets for the various sweepstakes, but one in Tokyo’s Edogawa has a reputation for big wins thanks to the shop’s mascot Mako. 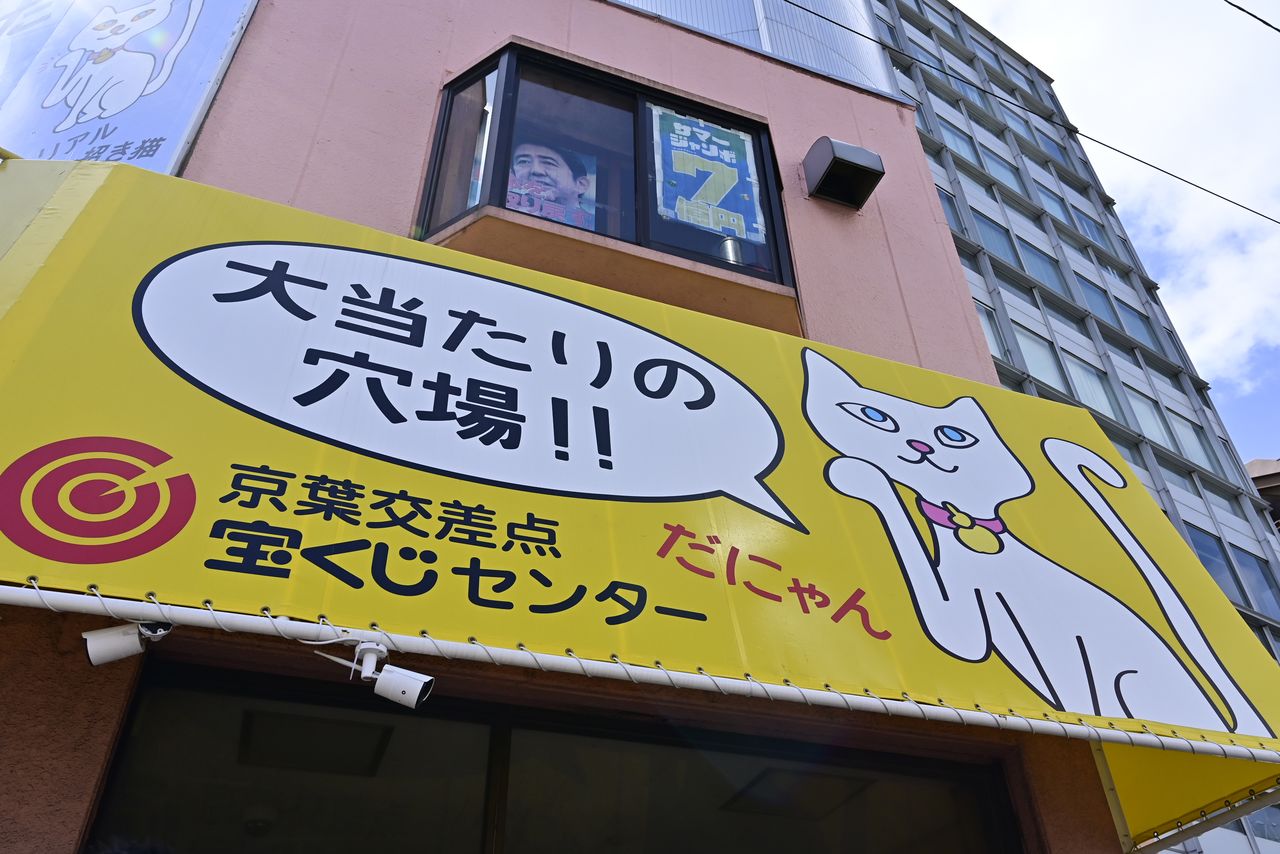 An image of Mako on the sign for the lottery shop beckons passersby to come in and try their luck.

The snow-white Mako keeps watch over the store alongside owner Yoshida Seiichi and his younger brother Toshiaki. Lucky cat figurines called manekineko have long been used by stores to ensure good business, their beckoning paws believed to attract good fortune. The feline statuettes are typically ceramic, but at the Yoshida brothers’ shop, Mako serves as a real-life manekineko, bringing big wins to customers.

Seiichi say that Mako was born in the neighborhood around ten years ago and that his mother Tsuya brought her home. “She fell in love with her at first sight,” he recounts. She chose to name the kitten Mako after a cat the family had when the brothers were still little. By all accounts, she doted over the creature as though it was her own daughter. “In time, Mako chose to spend her time in the store with us, and that is when someone first won big in the year-end lottery,” says Toshiaki. 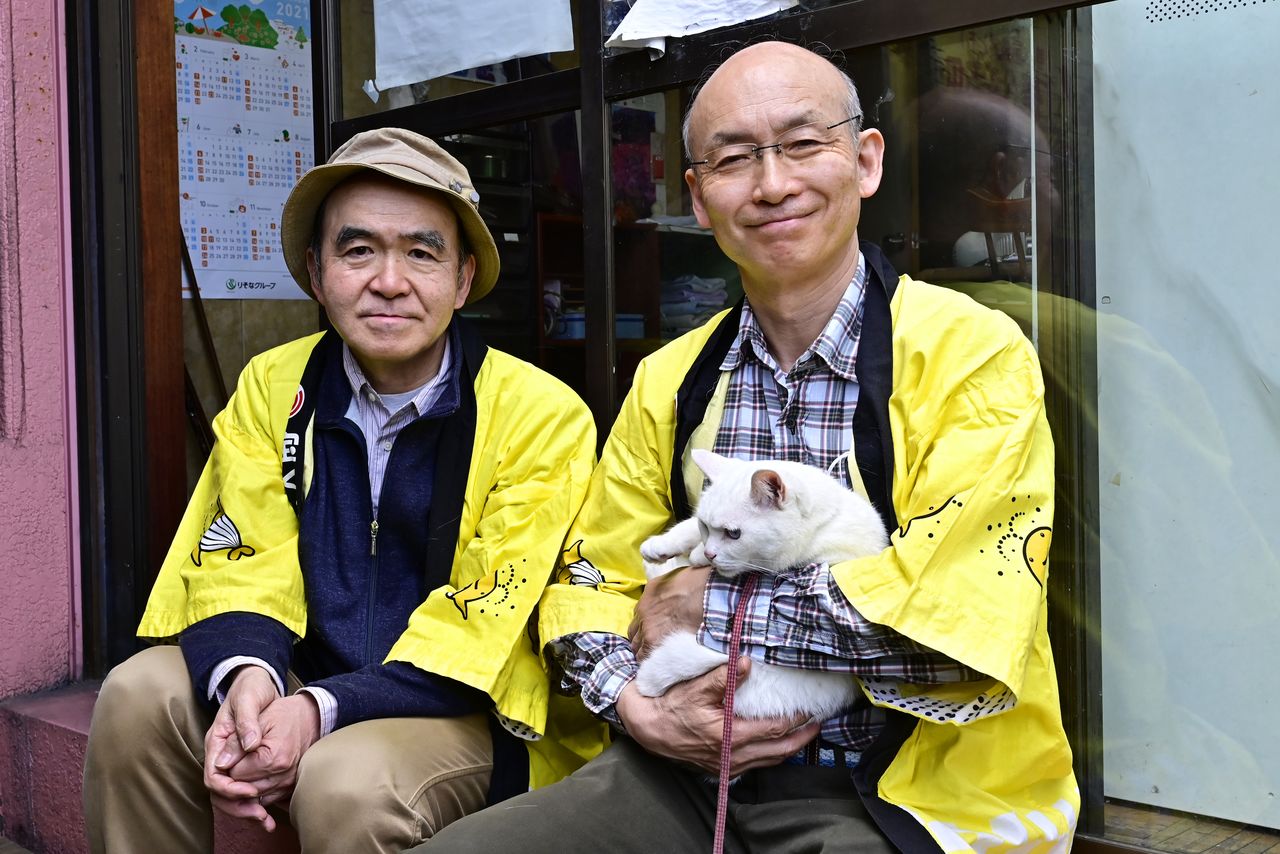 At some stage, a rumor started that stroking Mako when buying a ticket would increase the chance of winning the lottery, and before long her fame as an authentic manekineko spread around Japan, attracting customers from every corner of the country.

Mako has soft, white fur and sports a kink at the end of her tail, making it look a little like a hook. This has only added to her prestige as there is a belief in some parts of Europe that cats sporting such kinks bring good luck. 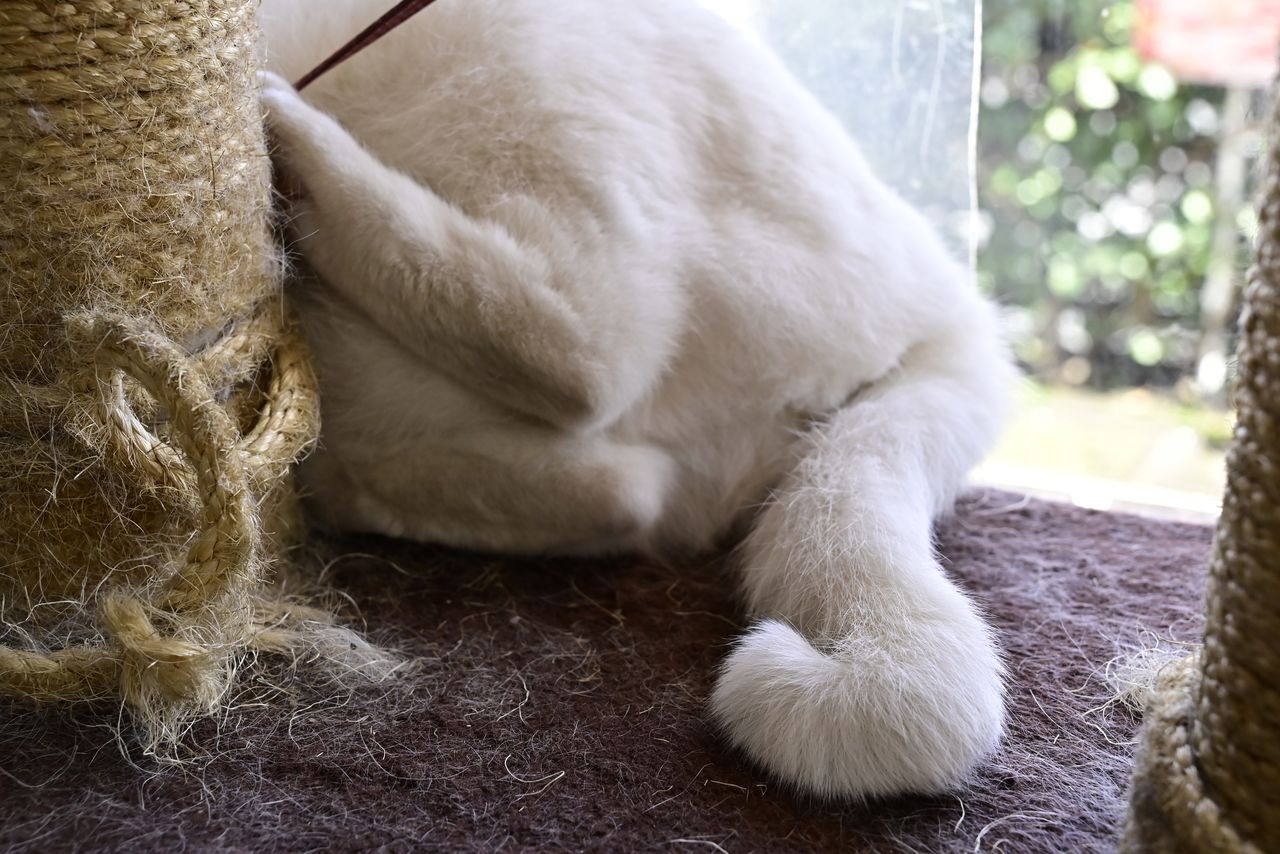 Mako shows of the twist in her tail.

The onset of the coronavirus pandemic has forced the Yoshida brothers to limit the contact customers have with Mako. The strokes and pats that accompanied lottery ticket purchases have been put on hold until the risk of infection subsides. However, this has not dulled customers’ adoration for Mako and her lucky gift.

People who have won are known to offer their thanks by bringing her favorite treats. In the ten years Mako has been at the store, there have been 29 big lottery wins, totaling a whopping ¥2.6 billion.

The Star of the Neighborhood

Although Mako has made many people happy, she herself went through a very sad time two years ago when Tsuya passed away at the age of 87. Recounting that sad period, Seiichi says that “she kept looking for her mother and calling out to her. We felt so sorry for her. Even now, it still seems as if she hasn’t yet recovered from her heartache.” 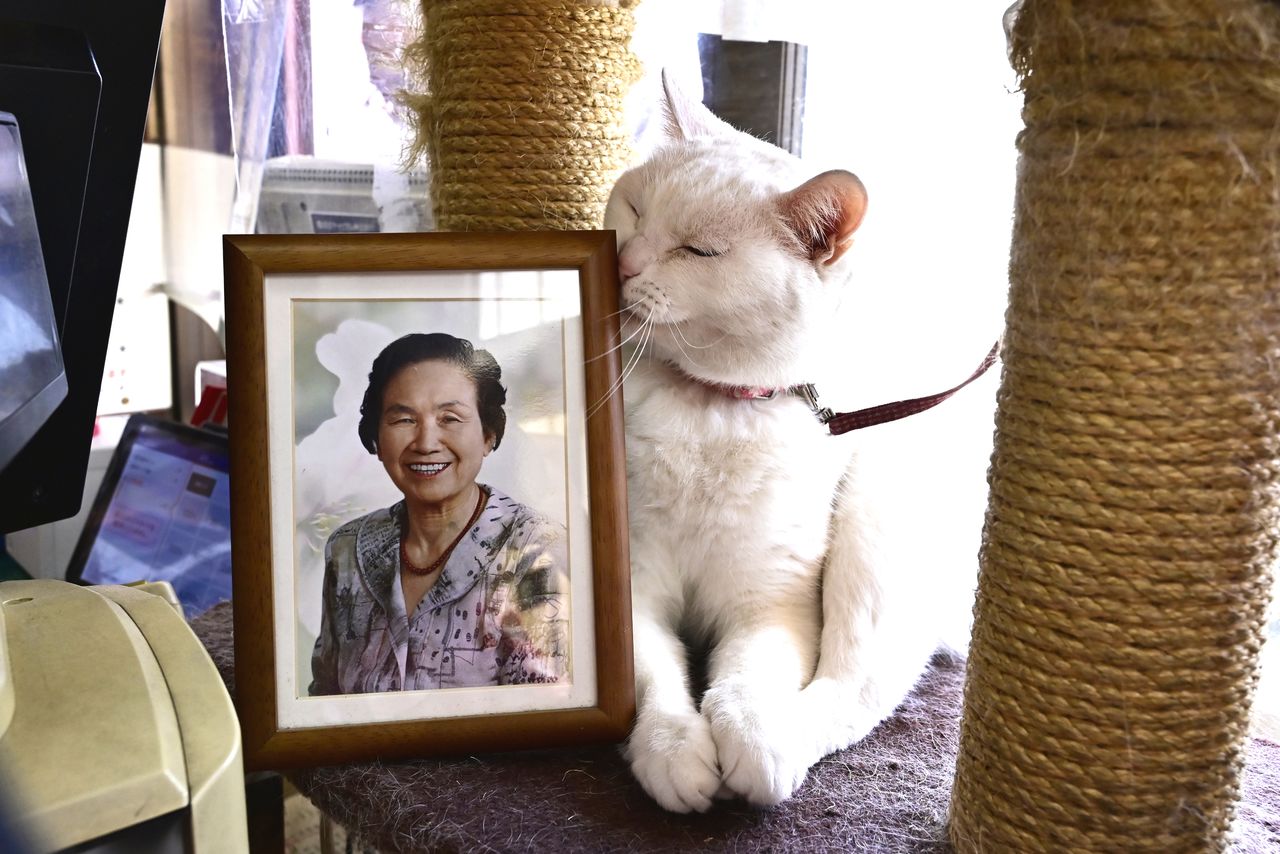 When the store opens at 8:30 am, people from the neighborhood drop by to wish Mako a good morning and see how she is. “They used to do the same thing for our mother,” says Toshiaki. “Everyone used to stop by to ask after her.” Seiichi adds that “it’s almost as though she has taken mom’s place in the family.”

Under the watchful eye of Tsuya from above, Mako continues to bring good fortune to those who visit the store.

(Originally published in Japanese. Banner photo: Mako, the celebrity cat, at her post at the Yoshida brothers’ lottery ticket retail outlet. All photos by Yamaguchi Noriko.)