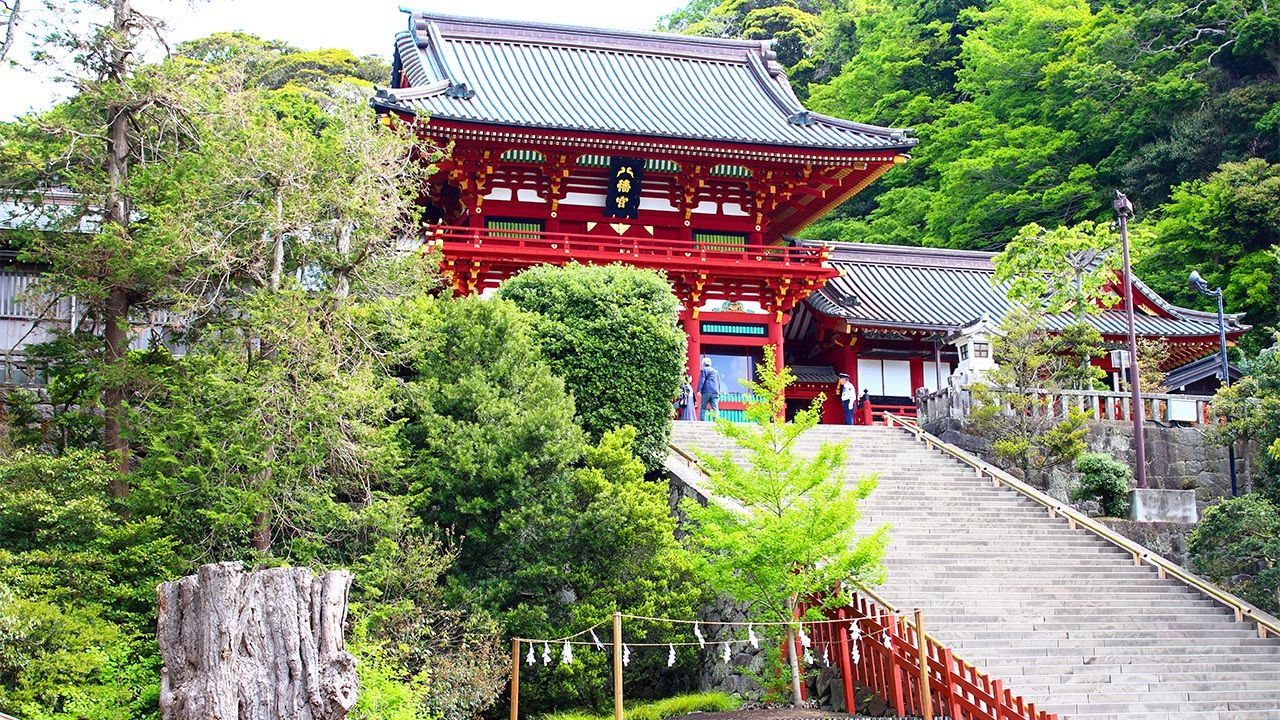 Tsurugaoka Hachimangū: A Shrine at the Center of Kamakura History

History Nov 25, 2022
Minamoto no Sanetomo was assassinated under a large ginkgo tree by the grand stone steps of Tsurugaoka Hachimangū Shrine in Kamakura. The last of the Minamoto shōguns, Sanetomo also had a close relationship with Emperor Go-Toba. His death ended the cooperative relationship between the imperial court and the shogunate, ushering in an age of confrontation.

Minamoto no Sanetomo (1192–1219) was only 11 years old when he became shōgun, the third in the Minamoto line of military rulers of Japan. He came to power in extraordinary circumstances. His elder brother, the second shōgun Yoriie, had been imprisoned (later to be assassinated) in Izu in today’s Shizuoka Prefecture by the Hōjō, a powerful family in the government. The following year, in a marriage of political convenience, Sanetomo wed the daughter of a relative of Emperor Go-Toba.

Sanetomo had an exceptional capacity for learning and was given a special education in waka poetry and other aspects of imperial court culture. As he had more and more contact with the imperial court, he gained the favor of the emperor, leading to the later compilation of the Kinkai wakashū collection of his poetry. 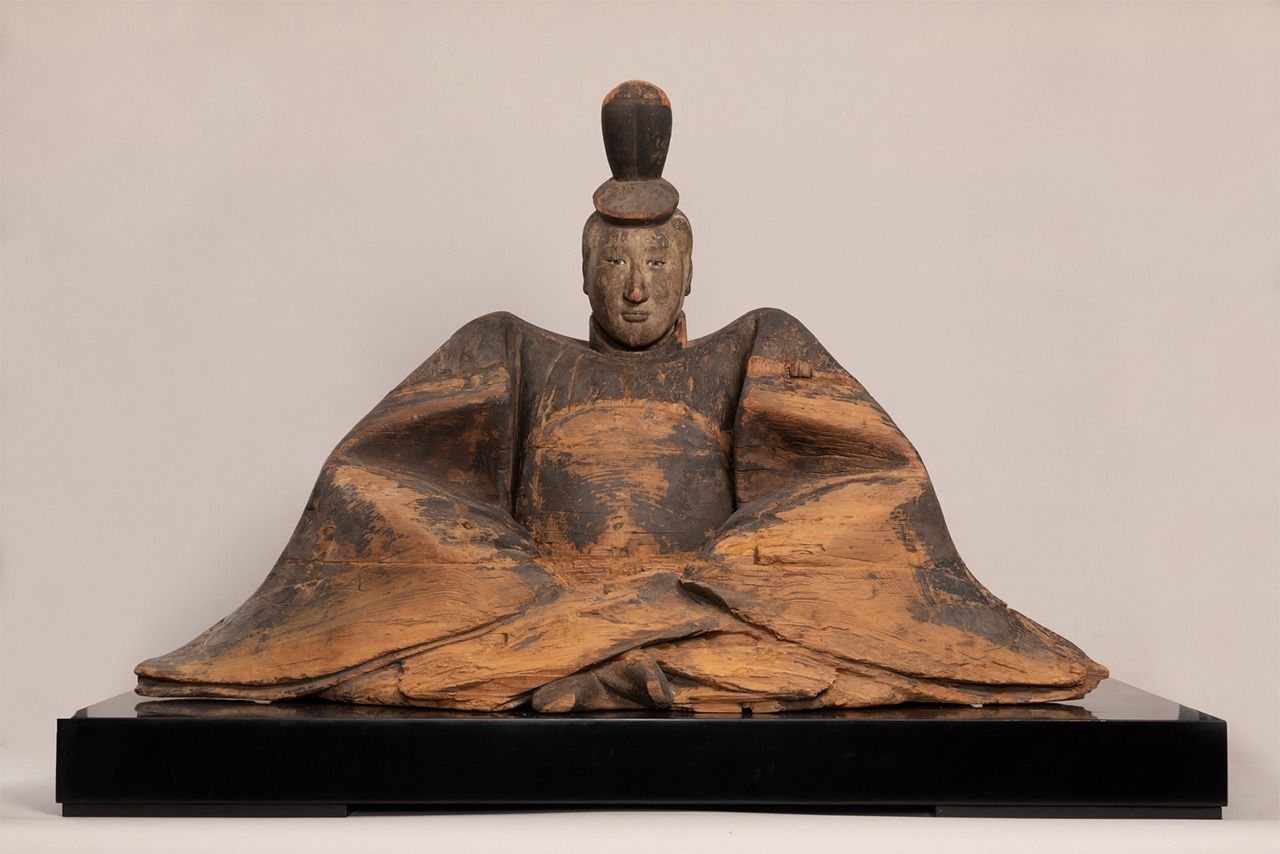 A seated statue of Minamoto no Sanetomo Based on tree ring measurements from the wood used to make the statue, it is believed to have been created in the thirteenth century. (Courtesy of Kai Zenkōji)

In Kamakura Seaside Park, which is located along National Route 134 near Yuigahama Beach, there is a monument engraved with a poem by Sanetomo. It was selected for the Hyakunin isshu anthology of poems and reads: It was a pitiless time when yesterday’s friend was today’s enemy. But here we can sense the shōgun’s gentle disposition and his desire for peace. 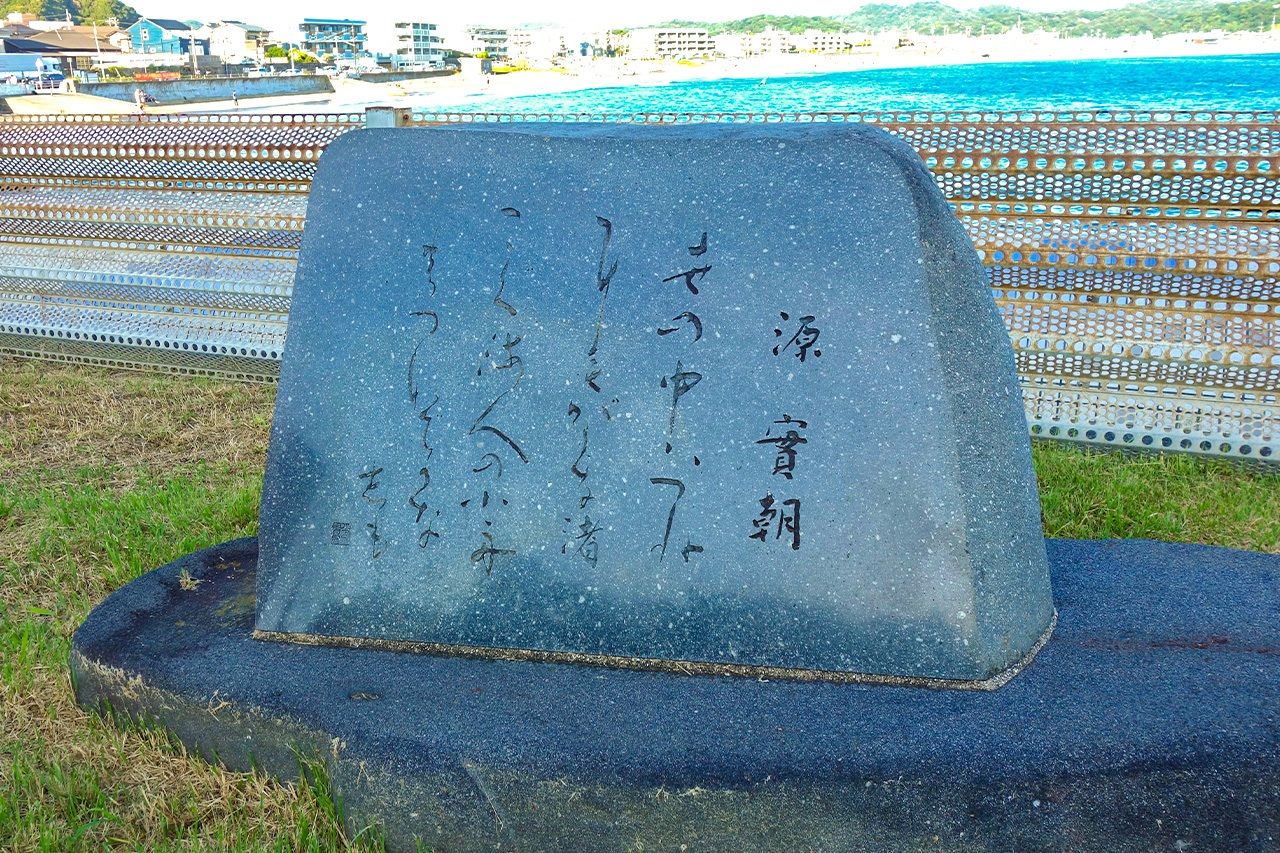 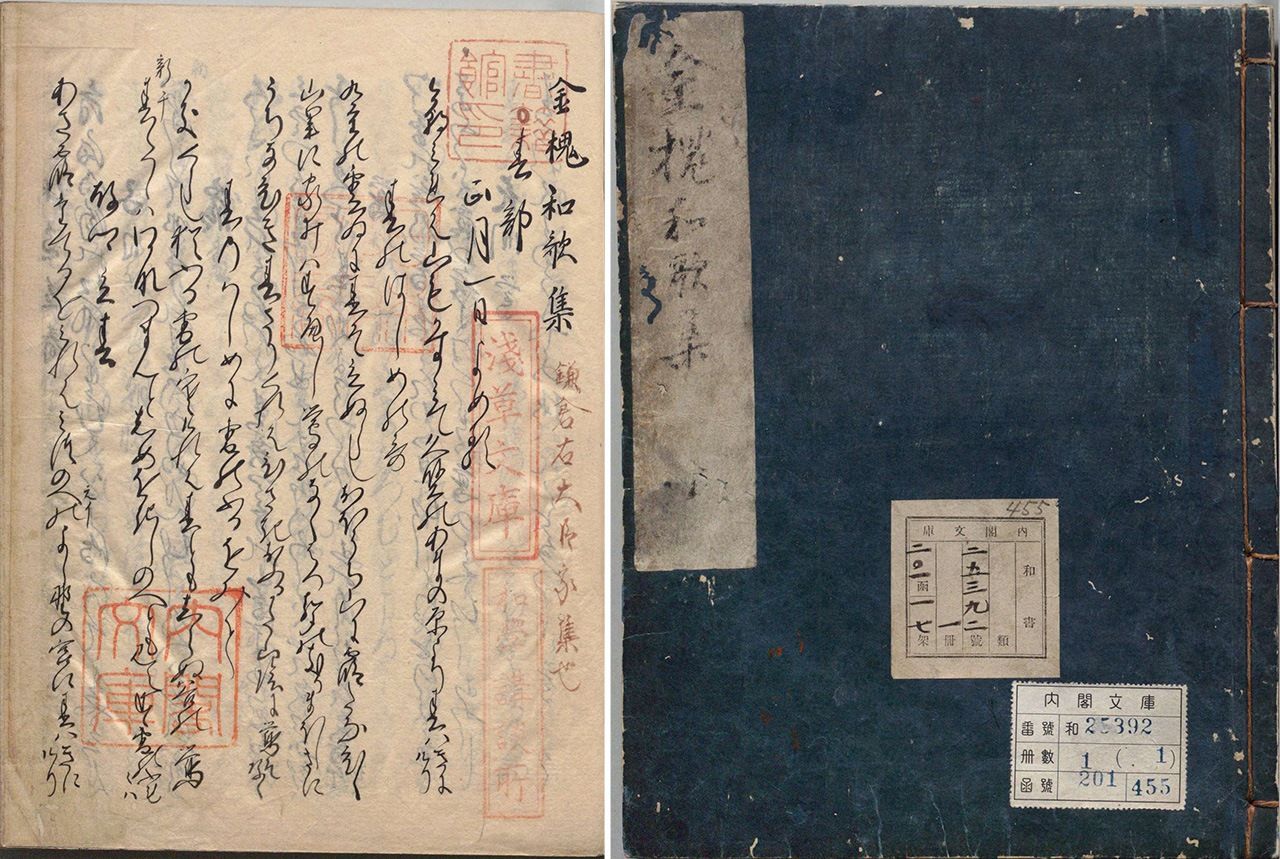 The Kinkai wakashū. (Courtesy of the National Archives of Japan)

In the past, Sanetomo has been seen as too devoted to imperial court culture to lead a military regime. But recent academic theories have rejected this image as mistaken. Professor Takahashi Shin’ichirō of the University of Tokyo’s Historiographical Institute says, “He was personally and actively involved in court proceedings and politics.” Takahashi also points out that waka poetry and kemari (an ancient football game) were not simply “play” but necessary tools for maintaining a relationship with the imperial court.

Sanetomo was not blessed with children, but if the name of Minamoto was to end with him, he wished to bring it prestige. And he succeeded in doing so. In the social sphere of the imperial court, he rose to become minister of the right, effectively the number-two position. However, just ahead of this social success a pitfall lay in wait.

Assassination of a Shōgun

On January 27, 1219, a ceremony to celebrate the new minister of the right was solemnly held at the Kamakura shrine Tsurugaoka Hachimangū. Many high-ranking nobles from Kyoto had been invited to attend.

It was a cold day, and by night around 60 centimeters of snow had piled up. After dusk, Sanetomo left the shōgun’s palace for the shrine. When the ceremony finished, he descended the grand stone steps to leave. According to the historical record Gukanshō, it was then that a man suddenly attacked Sanetomo and struck off his head, shouting, “I take revenge on behalf of my father!” Another member of the rebel gang then attacked and murdered a man they mistakenly believed was Hōjō Yoshitoki. Yoshitoki, who had been ordered to stay behind by Sanetomo, narrowly escaped death.

The rebel’s name was Kugyō (or Kōgyō), and he was the son of Sanetomo’s deceased elder brother, Yoriie. From Kugyō’s perspective, not only was there the connection with his father Yoriie and his elder brother Ichiman, who had both been killed at the hands of the regent Hōjō, but there was also a possibility could become shōgun himself. So can see Sanetomo as a tragic figure who was made shōgun for the convenience of others, and whose fate was to incur resentment. 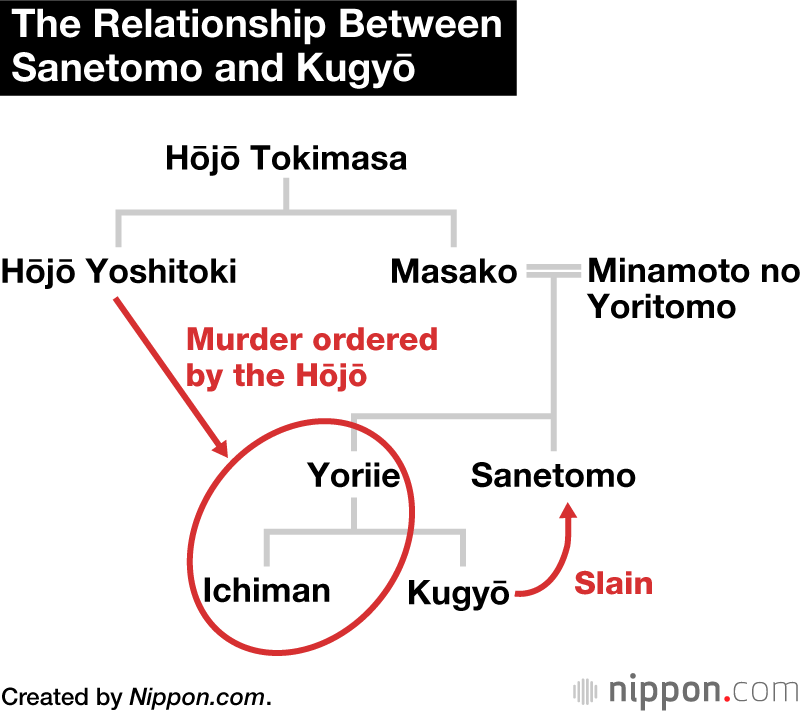 After the murder, Kugyō, while still holding the head of Sanetomo, shouted “It is I who should be shōgun.” But he himself was killed. 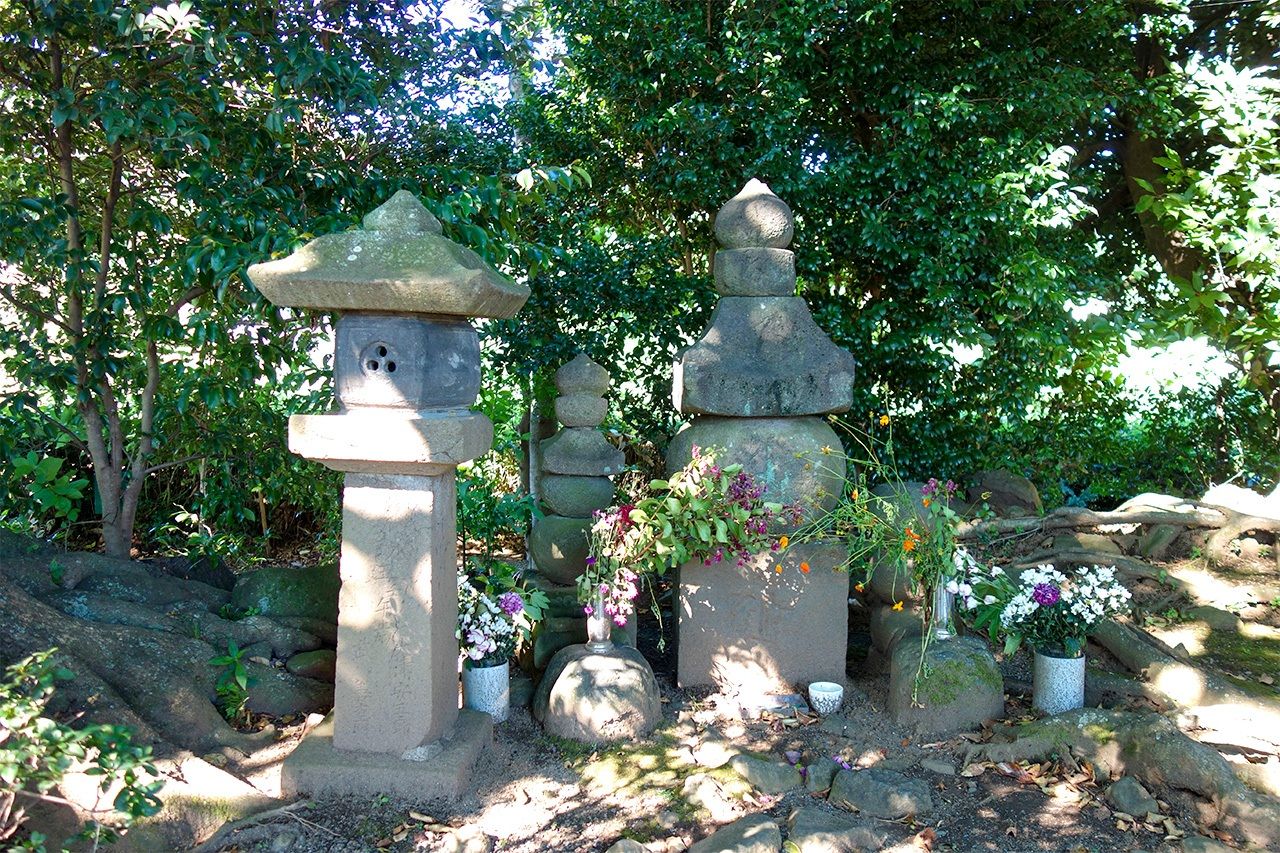 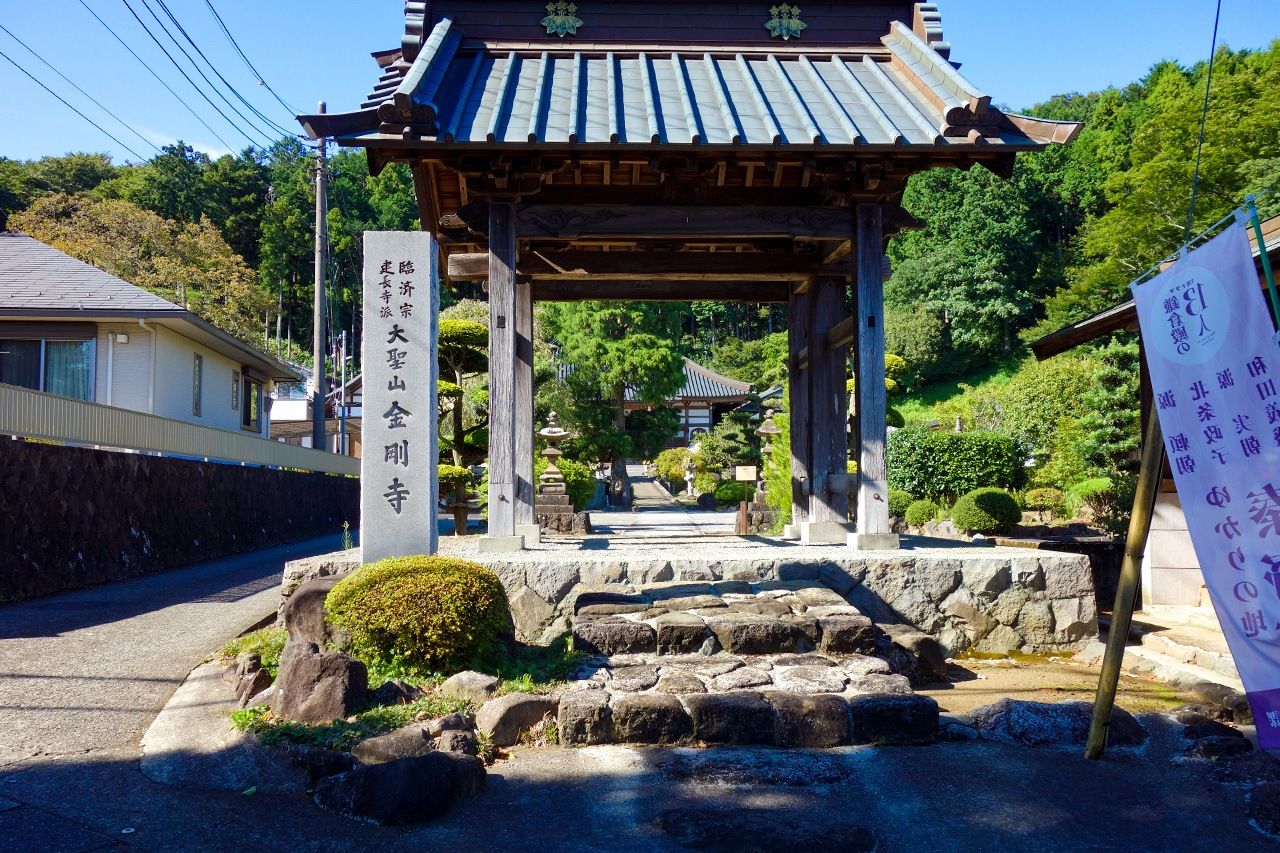 The Wrath of Emperor Go-Toba

One man in particular was bitterly troubled when he heard of the shocking incident: Emperor Go-Toba in Kyoto, the head of the imperial court.

Professor Kondō Shigekazu of the Open University of Japan speculates on the emperor’s state of mind following Sanetomo’s assassination.

“The Kamakura shogunate hadn’t been able to protect Sanetomo. Go-Toba had been close to Sanetomo, so he lost trust in the shogunate, which had failed to protect his favored man from the rebels. I think he just felt he couldn’t trust them anymore.”

And there were political considerations for Go-Toba. Originally, the intended role of the samurai class was to serve the imperial court using their martial skills. Despite that, the samurai of the eastern domains established their own shogunate in Kamakura, far from Kyoto. Go-Toba wanted the warriors to once again come under the control of the imperial court, and prevented from being able to do as they please. Because of this, he relied on Sanetomo’s presence in the Kamakura government, and he intended to meet Sanetomo’s and the shogunate’s request for a prince of court to become the next shōgun.

Although the early years of the Kamakura shogunate were full of power struggles among samurai families, its relationship with the imperial court was relatively stable. However, when that axis of stability wavered, the wheels of history began to turn once more. 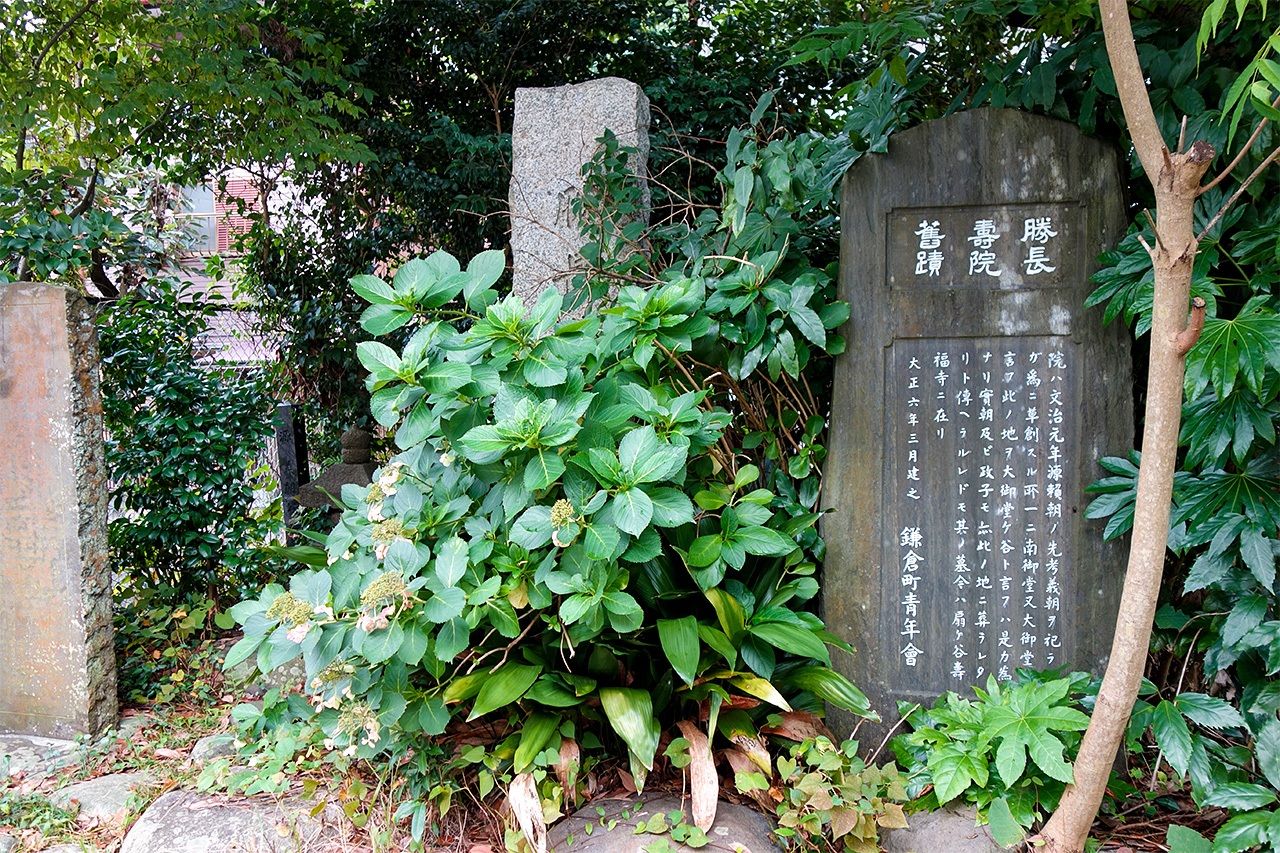 Sanetomo’s grave is located at the former site of the temple Shōchōjuin, considered one of three major sites of worship built by Minamoto no Yoritomo, along with Tsurugaoka Hachimangū and Eifukuji. (© Mochida Jōji) 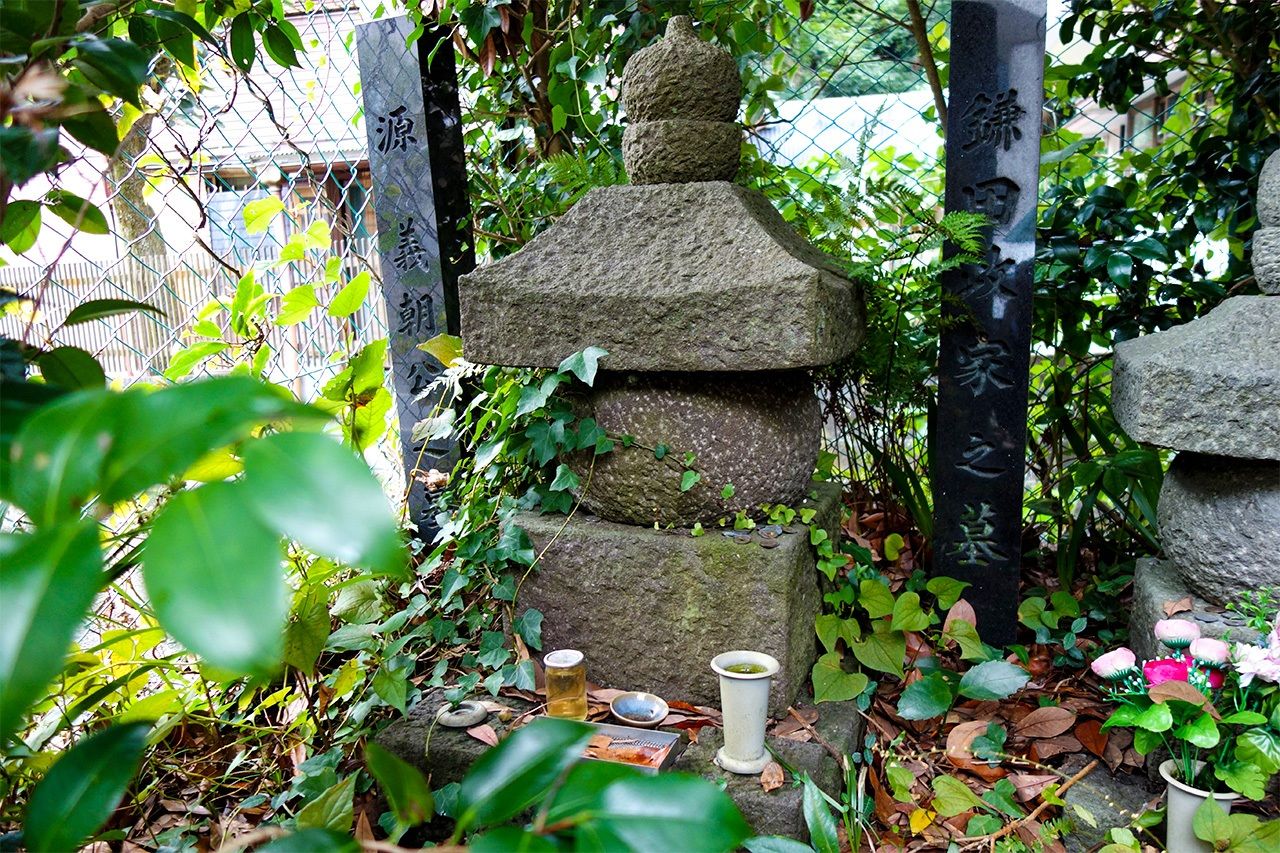