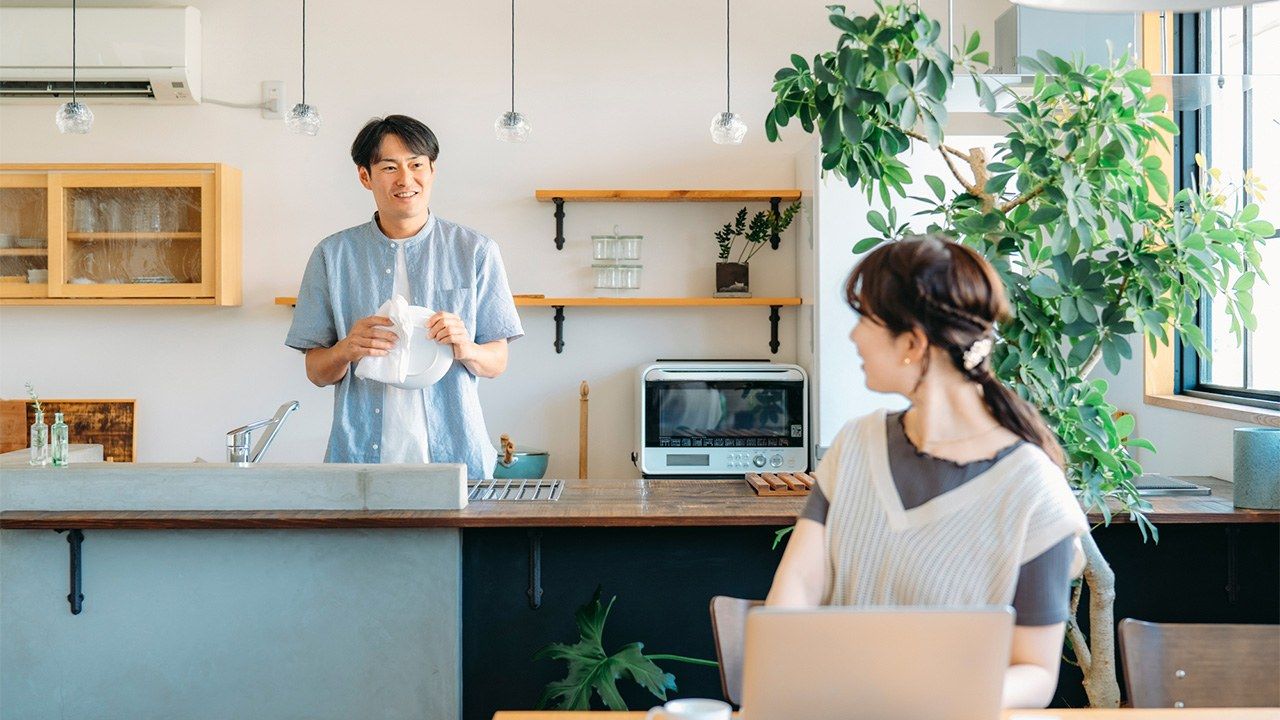 Love in Japan and Taiwan: Youth Perspectives on Marriage

Society Lifestyle Family Jul 1, 2022
Leading sociologists from Japan and Taiwan compare cultural differences—here, those related to romance and marriage. What is the cause for the rise in unmarried couples? What is the relationship between love and marriage? The discussion reveals an increase in women undertaking higher education and the dysfunction in societies under pressure to transform. 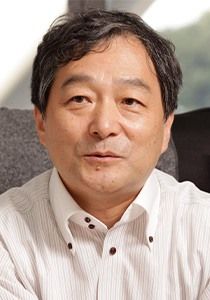 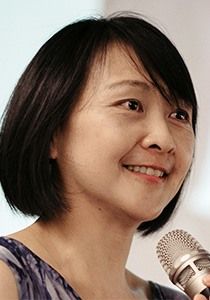 Higher Education and the Decline in Marriage

MODERATOR  Dr. Lan, Taiwan’s declining birthrate is even lower than Japan’s—at 1.07, one of the world’s lowest. What are your thoughts regarding youth who forgo marriage and children?

LAN PEI-CHIA  In regard to love and marriage, even in modern Taiwan, people hold very strong romantic aspirations, and there is no obvious sign this is waning. But a certain proportion of higher educated Taiwanese women are remaining unmarried. It’s not that they don’t have romantic visions or long for marriage, it’s simply that they can’t find their ideal partner—someone who would do an equal share of housework, respects women, and is in a similar economic position. Women would happily marry under those conditions.

This is a distinguishing feature in Taiwanese gender culture. Equality between the sexes has made significant progress in the public sphere, such as in education and the workplace. The number of tertiary-educated women exceeds tertiary-educated men. Taiwanese middle-class women enjoy relatively equal opportunities compared with those in Japan.

But the situation in regard to marriage remains unequal. In Taiwan, men are not expected to bear an equal share of the housework and child-rearing duties. This is another factor explaining why women are hesitant to marry.

YAMADA MASAHIRO  Women in Japan have a strong preference for marrying a man of higher social status, and set criteria such as a higher income or higher educational level than their own. This seems similar in Taiwan. In Japan, too, men with an insecure income find it hard to choose a partner, which exacerbates the low birthrate.

A significant factor is emerging disparity among men. This is what I term the “expectation-gap society,” a phenomenon that has developed since the 1990s. Women have always sought men with a stable income, and so men tend to give up on the idea of marriage when their income is low.

In the past, when I presented these results in Britain, a British professor told me that women there don’t choose men due to money but due to love. I believe that the perception of marriage as economic lifestyle where love is not the focus is a factor behind the drag on the birthrate.

LAN  “Loser dog,” a slang term for an unmarried and childless older woman, was once seen as a negative term. But now in Taiwan, many real estate agencies advertise reasonably priced apartments as “a perfect property for a loser dog.” The meaning has come to positively refer to women with economic resources. Interestingly, the word “loser snake” is used to describe floundering men with insufficient money or education who remain unmarried, and has retained its negative nuance.

No Faith in Loving Marriages?

MODERATOR  Dr. Yamada, you have claimed that Japan’s initiatives to counteract the sluggish birthrate have failed. Why do you think this?

YAMADA  I think the failure is due to basing efforts on Western precedents. In the West, aside from southern Europe, young people generally live by themselves, although it’s more economical to live with someone else. Governments provide employment assistance and maternity support, which encourages more couples to cohabitate and start families.

But in Japan, young people tend not to live alone, so government initiatives fail to address the issue. There is no reason for women living with their parents to marry a man with a low income and start a new life with him. But there are a limited number of high-income men, and therefore fewer women are marrying. Another factor is that, in Asia, people place less importance on love. They tend to believe in money more than love.

In Japan and other Asian countries, people probably believe in love between parents and their children, but not between husband and wife. Media coverage concerning the marriage of Princess Mako to Komuro Kei paid little attention to how much the couple loved each another. All of the focus was on if she would be able to make a living, and whether her partner was suitable. This was evidence that, essentially, many people see marriage in financial and familial terms, and couldn’t care less about romance.

Also, in Japan, people are increasingly paying less attention to love between couples. Consequently, single men tend to satisfy their desires with hostess bars and sex workers. This is not the case in the West, where both men and women seek a partner.

MODERATOR  Since the 1990s, the phenomenon of the “parasite single” has far from declined. In fact, it has increased, keeping the birthrate low, and many singles continue to live with their parents.

LAN  Taiwan also has a new buzzword, similar to “parasite single,” that reflects this trend in modern society. Elderly people refer to them as “mommy’s boys,” or perhaps “daddy’s girls.” Both terms are used to criticize children who are unable to make a living and therefore remain dependent on their parents. “Parent eater” is another term used to describe them.

Another related catchphrase in Taiwan is the “crushed generation.” From the perspective of young people, they lucked out, in a way. Sure, everything is stagnant, the economy isn’t growing, and real estate and rent are expensive, while their incomes are low. But these young people talk of “lying flat,” with the implication that, given the circumstances, they may as well just take it easy. It’s a concept introduced from China that describes some youth who feel it’s irksome to make an effort, and worthless even trying. 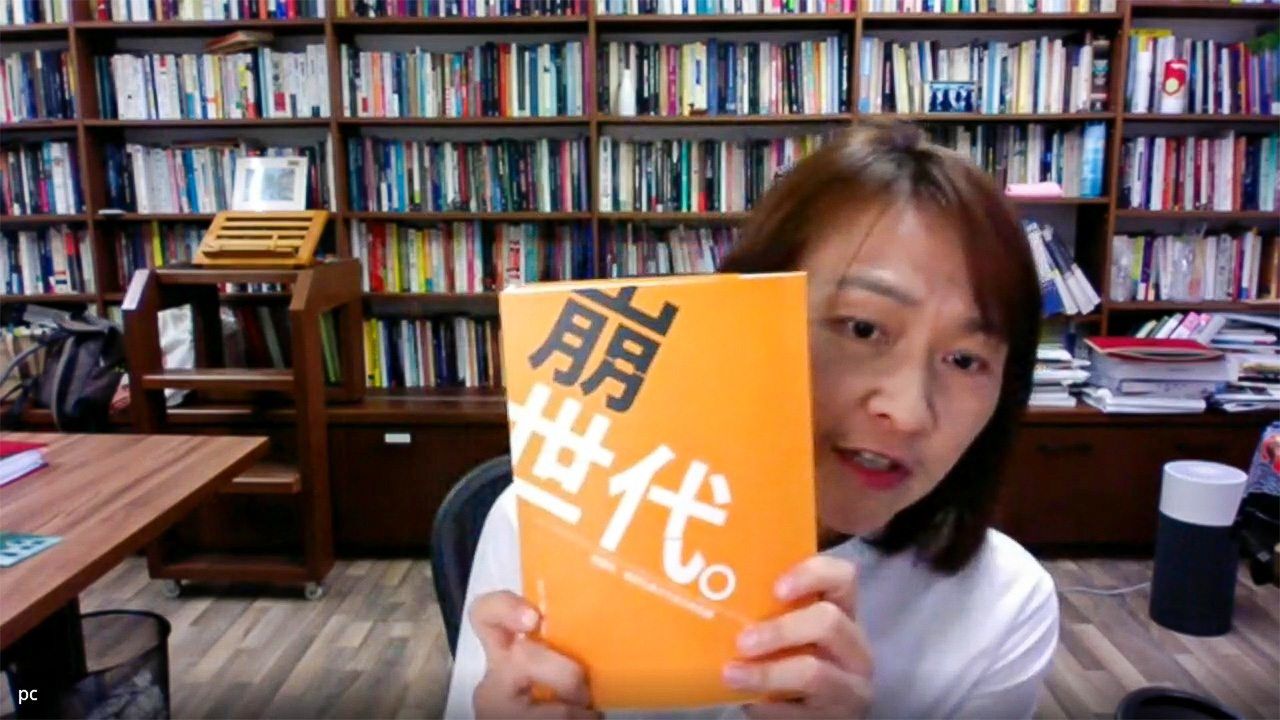 A Fulfilling Life without Money

MODERATOR  What age group is the so-called “crushed generation?”

LAN  These are the people around thirty years old—the generation born from 1981 to 1990.

YAMADA  In Teihen e no kyōsō [Race to the Bottom], a book I published in 2017, I described how young people are on the verge of falling into the lower class. 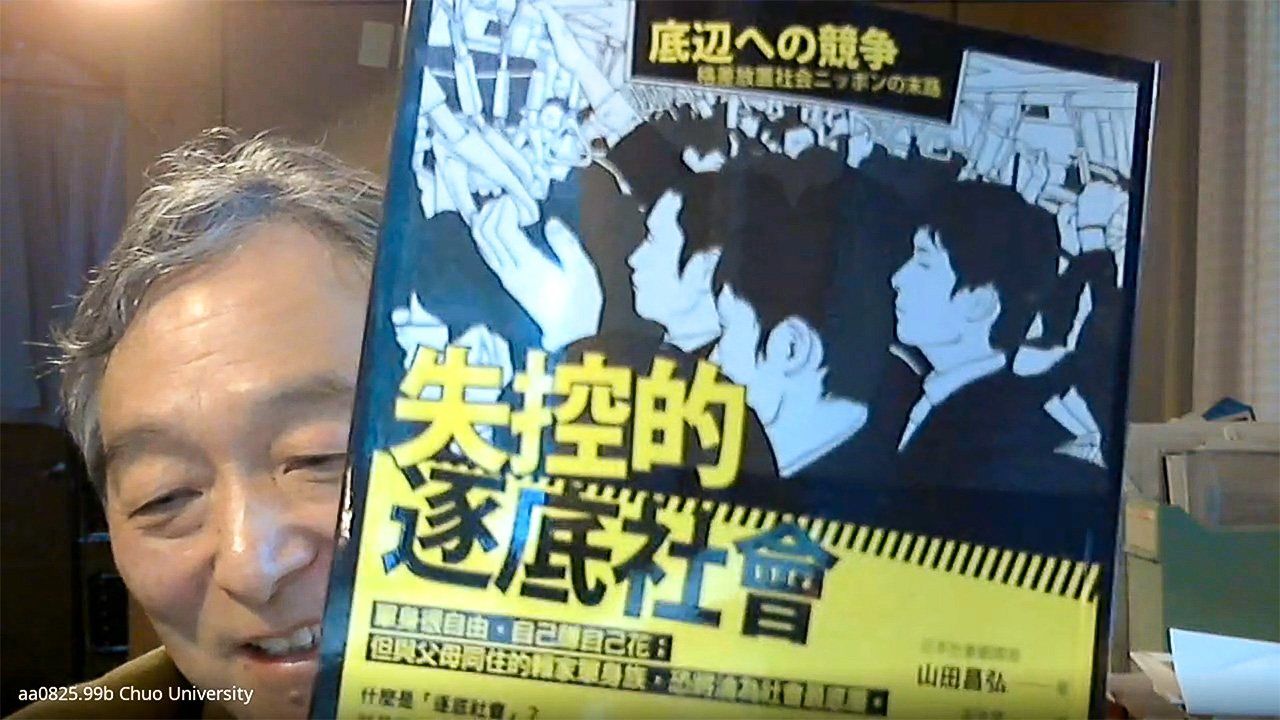 One major issue is that Japan’s youth enjoy a high level of satisfaction and happiness. I’m now sixty-four, so when I was young, thirty to forty years ago, Japan was in its bubble era of prosperity. Many youth at the time felt they couldn’t be happy unless they owned certain things such as brand-name goods or a car. Essentially, they desired to be upwardly mobile. Young people today show no interest in love, luxury goods, or cars, but they’re still happy. They’re contented if they get high scores in games they play, find food that’s cheap and tasty, or own trendy knickknacks and clothes. Basically, Japanese youth are starting to discover tricks to find happiness and satisfaction even with little money.

Now in Japan, there is a genuine economic disparity, and youth don’t see any way to overcome it, so instead they fill the gap in virtual worlds. I’m now studying singles in their fifties, and one such working woman I interviewed was happy to spend her time obsessing over pop idols young enough to be her son. Men find comfort in visiting a local bar and chatting with the proprietress. Without families, these singles find happiness elsewhere. Those in their twenties are happy just to get “likes” on Instagram. I sense that there is a growing trend in Japan of people who, while unable to fill the gap in reality, try to do so in the virtual world.

MODERATOR  We’ve heard how, in Japan, people are redirecting their desires from the real to the virtual, choosing a path that is more suited to the hard facts. What’s the situation in Taiwan?

LAN  Japan and Taiwan have many things in common. I feel that the situation in Japan is around ten years ahead of Taiwan. Nevertheless, there are also differences between us. The circumstances Dr. Yamada described are also emerging in Taiwan. In the future, things will probably become even gloomier. People will become more alienated, the value attached to love will further diminish, and human relationships will become poorer.

But we should be thinking of ways that we can turn things in a positive direction. I hope our society can have a pluralistic and flexible concept of love, so that people without steady partners can live without suffering social discrimination. 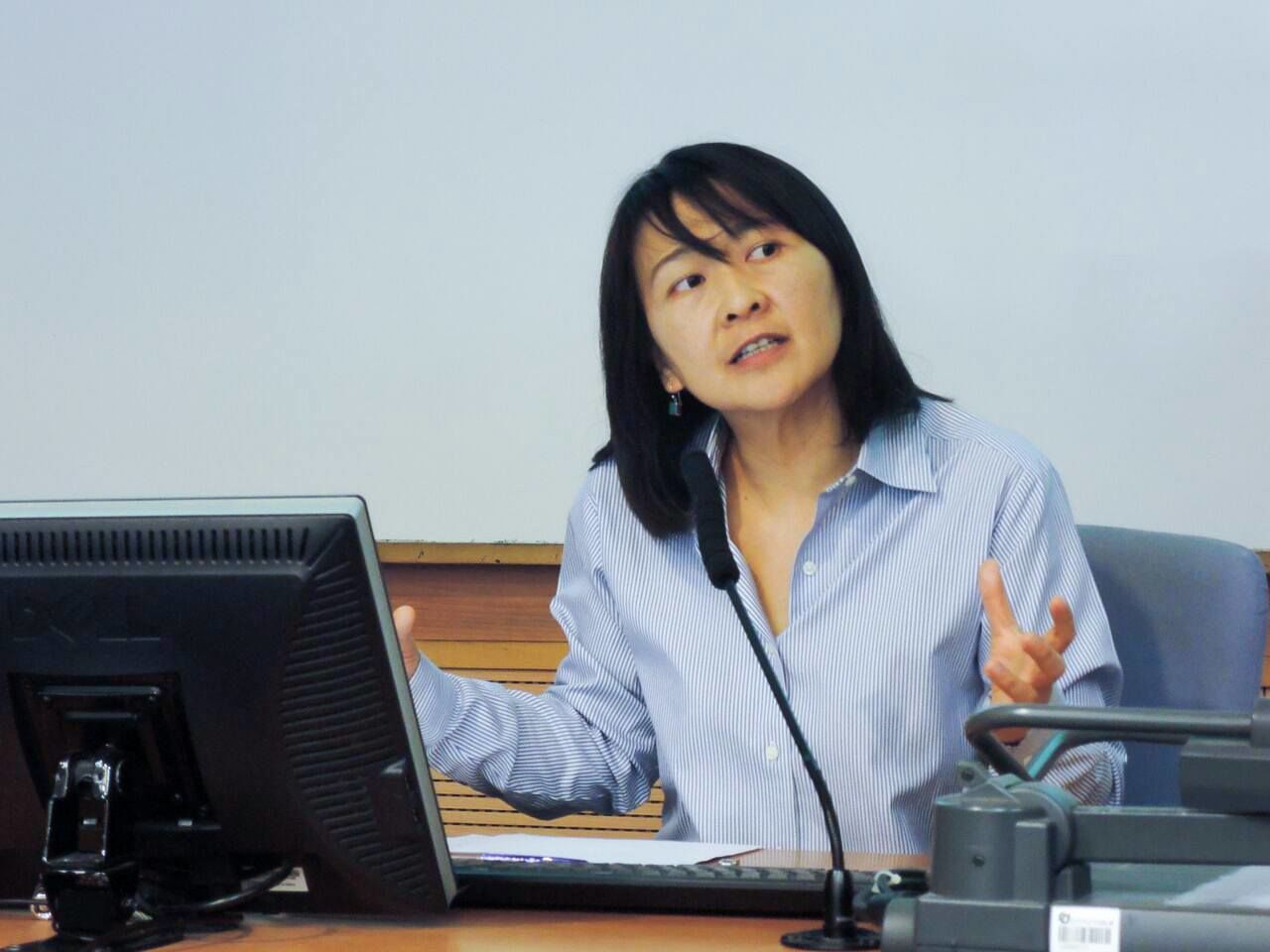 (To be continued in “Japan’s Lifetime Employment vs. Taiwan’s Labor Mobility.”)