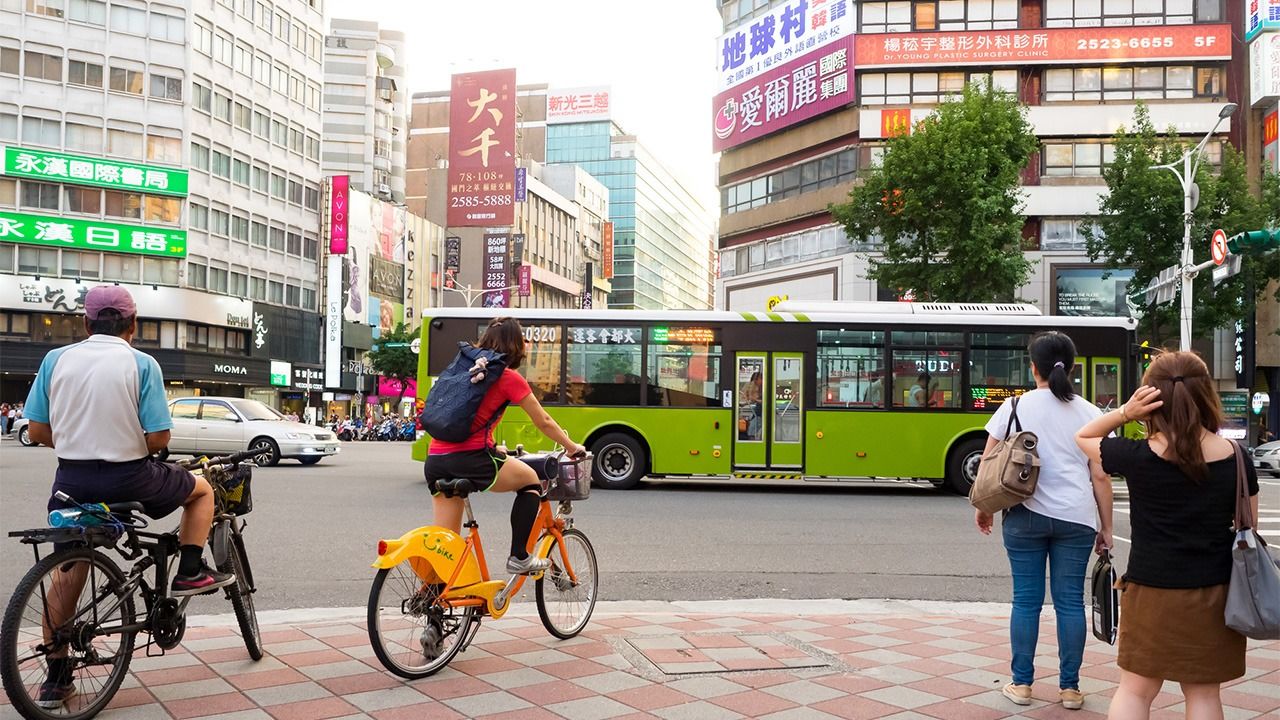 Japanese and Taiwanese: My Two-Part Identity

“Going Back” to Both Japan and Taiwan

I am half Japanese and half Taiwanese. I was born and raised in Japan, and that is where my home is. But my father is Taiwanese, and I have many family members living in Taiwan. When I travel from Japan to Taiwan, I do not say that I am “going”; I say that I am “going back.” That is how I have expressed it ever since my childhood. And I also say that I am going back when I head from Taiwan to Japan.

The members of my father’s family speak to each other mostly in Taiwanese, the distinctive form of Chinese traditionally used on the island. But Japanese is the main language of my family in Japan. Though my father is from Taiwan, Japan is where our lives are based, and my mother is Japanese; under these circumstances it was only natural that Japanese became the principal language in our home. When I was little, Japanese was the only language I knew—all I could understand in Taiwanese was a smattering of words for my favorite foods.

When the time came for me to start elementary school, my parents thought I should learn to speak Chinese (Mandarin), and so they put me into a nearby Chinese international school. There are two types of Chinese international schools in Japan: the ones that are oriented to Taiwan (Republic of China) and those that are aligned to mainland China (People’s Republic of China). The one in Kobe, where I grew up, is a PRC-oriented institution. I have been told that my father resisted the idea of sending me to a school affiliated with the mainland, but the nearest ROC-oriented school was in Osaka, too far for me to commute in the early grades of elementary school. So in the end I went to Kobe Chinese School.

At this school we learned to read and write the simplified Chinese characters used in the PRC. Meanwhile, even after I started elementary school, we continued to visit my father’s family in Taiwan from time to time, and I began noticing the differences between the traditional Chinese characters I saw there and the simplified ones I saw at school. Also, since my father often spoke about Taiwan, I came to be troubled by the clear differences between what my father said and what I heard about the mainland and Taiwan at school.

Though it may be an extreme comparison, one could liken my situation to that of a child with a parent from South Korea who is enrolled in an international school oriented to North Korea.

Attending the PRC-oriented Kobe Chinese School was the source of some strains, but it gave me the ability to speak Chinese. Mind you, being born and bred in Japan, I speak it with an accent, and I cannot rattle it out like a native. Still, my friends in Taiwan say that my Chinese is less accented than that of people who studied the language as an adult.

The Taiwanese Sensitivity to Accents

Since the fall of 2018 I have been working at a research institute in Taiwan. This has been my longest continuous stay there. What I find most awkward is introducing myself. Ever since I was a child I have considered myself to be both Japanese and Taiwanese (and not to be fully Japanese). So I always start my self-introductions by saying “I was born in Japan and am half Japanese and half Taiwanese.” Unless I say something like this, people ask me, “Why do you speak such good Chinese?” and I have to provide an explanation.

Sometimes, though, my quick self-introduction is not enough to satisfy native Taiwanese, and I find myself under their critical gaze. Last year, when I interpreted at a research conference in Taiwan, one local academic approached me and asked if I was Japanese. I explained that I had been born in Japan and was half Japanese, but Taiwanese on my father’s side. He gave me a skeptical look. “Taiwanese, you say? But you don’t speak with a Taiwanese accent. Why not?” “Well,” I replied, “I attended a mainland-oriented Chinese international school in Japan. Maybe that affected my accent.” Again looking at me skeptically, he retorted, “But you’re Taiwanese, right? Why would you attend a mainland-oriented school?”

It is not as if I had wanted to go to a PRC-oriented school. And I was not about to get into the conflicted feelings that I experienced as a result of going there. So I just glossed over the particulars and made my way through the encounter. I often find myself in this sort of situation—being asked why this and why that after I deliver a self-introduction. It is probably because I come across as a peculiar sort of Taiwanese to those who were born and raised on the island.

Mandarin Chinese was introduced to Taiwan by the Nationalist government that took over the island after World War II. I surmise that the Taiwanese distinguished between themselves and the new arrivals from the mainland by attuning themselves to differences of accent when speaking in Mandarin. I often develop connections with Taiwanese studying in Japan, and the first time I speak to them, they always ask me if I am from Hong Kong. (Meanwhile, people in Hong Kong tell me I speak Mandarin with a Taiwanese accent.) It strikes me that Taiwan is the place where people are most sensitive about accents in spoken Chinese.

Living with Two Identities in Taiwan

Let me share some of the startling experiences I have had while living in Taiwan.

When people in Taiwan refer to me as “Japanese,” it gives me an awkward sense of discomfort. The same happens when people in Japan call me “Taiwanese.”

One time I attended a meal at the invitation of a Taiwanese acquaintance, who was hosting the event. I did not know any of the other guests, and a friend of my acquaintance went around introducing me to them as “a Japanese who can speak Chinese.” I had said that I was half Taiwanese, but it seemed that the message had not quite gotten through.

On another occasion I was answering questions about the Taiwanese living in Japan, and the person I was talking to asked me, “Why do you think about Taiwan, even though you were born and grew up in Japan? Shouldn’t you be thinking about Japan?” It may not have been a deeply considered question. But Taiwan is where my father was born and raised, and I cannot avoid caring about it. In fact, I care about it even to an excessive degree: I often talk about “going back” there and refer to myself as a “Taiwanese born in Japan.” This is quite baffling to people who have lived in Taiwan their whole lives.

When in Japan, I pick up the Japanese news without conscious effort, and I breathe the Japanese atmosphere. But in order to find out about Taiwan I have needed to go there from Japan and actively look for information.

Though I may not be expressing it well, I think of myself as being neither a “perfect Japanese” nor a “perfect Taiwanese.” I realize that nobody is a perfect specimen of any nationality or ethnicity and that the notion of “normal” Japanese, Taiwanese, or whatever is an illusion. And I still feel troubled at times about my own identity. I believe that I am whole as the sum of my two parts. So I was shocked to be asked, “Why do you think about Taiwan?” This question surprised and perplexed me.

Still, this and the other dissonant encounters I have cited all occurred when I was introducing myself or speaking to somebody for the first time. Once the initial stage is over, I make friends with people, and they all listen intently to what I say in my accented Chinese. And I consider all these encounters to be valuable experiences made possible by my first long-term stay in Taiwan. I intend to work on my Chinese pronunciation and see how far I can get in overcoming the accent that Taiwanese hear.