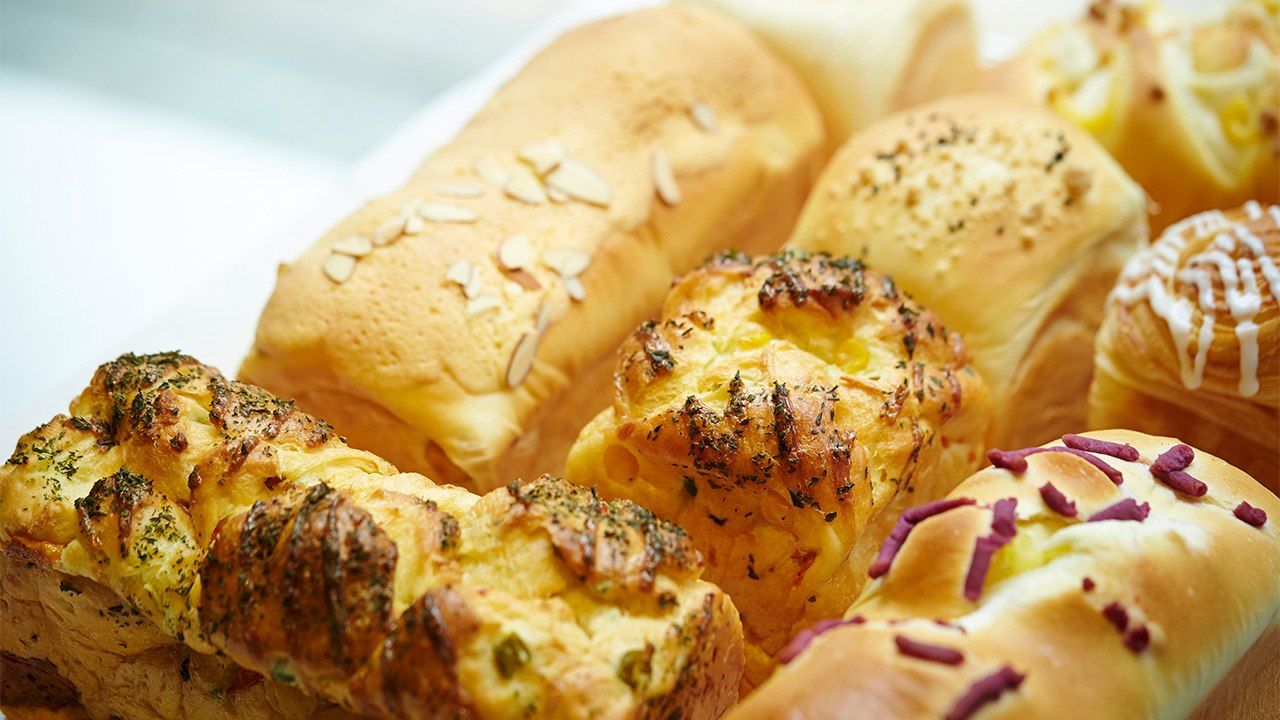 The Roots of Japanese Bread Culture

Japan may be known as a country where rice is king, but its appetite for bread, particularly sweet and savory snack varieties, has grown unabated over the last decade. The boom in bread started soon after the 2008 global economic crisis put a strain on consumer pocketbooks. Up to then, fancy layered cakes—decadent fruit-topped sweets slathered in cream and chocolate mousse—were all the rage. However, demand for these extravagances waned as purse strings tightened.

Looking for a new indulgence, urban shoppers turned their eyes to bakeries. Unlike creamy cakes, which have a short shelf life, bread offered an affordable and tasty alternative that could be set aside for days—and even longer if frozen—boosting the appeal of the familiar food item.

Over the years, a nearly endless stream of consumer information in print and online has helped Japan’s bread culture flourish. Since the 1990s, enthusiasts around the country have regularly blogged about regional snack breads and the media has kept a culinary spotlight on the food. However, it was when the women’s magazine Hanako published a special on Tokyo bakeries in November 2009 that the current bread frenzy really got off the ground. The issue opened the eyes of frugal-minded readers to the idea that they could satisfy their cravings for tasty eats without needing to empty their wallets.

This burgeoning interest in leavened delicacies has inspired bread-themed events around Japan. One of the first of these so-called bread festivals takes place in Nirayama, Shizuoka Prefecture. Started in 2007, it commemorates Egawa Tarōzaemon, a locally born scholar of Western learning and culinary pioneer who in 1842 purportedly became the first Japanese to bake bread.

In Tokyo, large-scale events in Setagaya since 2011 and Aoyama since 2013 highlight creations from bakeries around the metropolitan area and farther afield. Other cities have followed suit with their own bread events, including Kawagoe in neighboring Saitama Prefecture and Kobe in Hyōgo Prefecture.

The bread boom has also taken root in the Kansai region, reaching a level where denizens of cities like Kyoto, Kobe, and Osaka now outconsume their Kantō counterparts. The growing number of specialty shops at department stores and other retailers offering gourmet selections from leading local bakeries attests to the high demand for kneaded delights.

Tailored to the Japanese Palate

Traditional European breads also helped boost interest in native-born styles like koppepan, a soft, oblong roll said to be modeled on a bread from France. Somewhat resembling a hot-dog bun, these have long been a part of school lunch menus around the nation and occupy a special place in the Japanese psyche.

Koppepan is wonderfully adaptable and is found in countless forms, including sweet breakfast types spread with margarine and jam as well as sandwich varieties stuffed with unusual fillings like fried noodles and croquettes. Since 2016 there has been a steady uptick in specialty shops where customers can mix and match ingredients to create their very own original koppepan sandwiches. 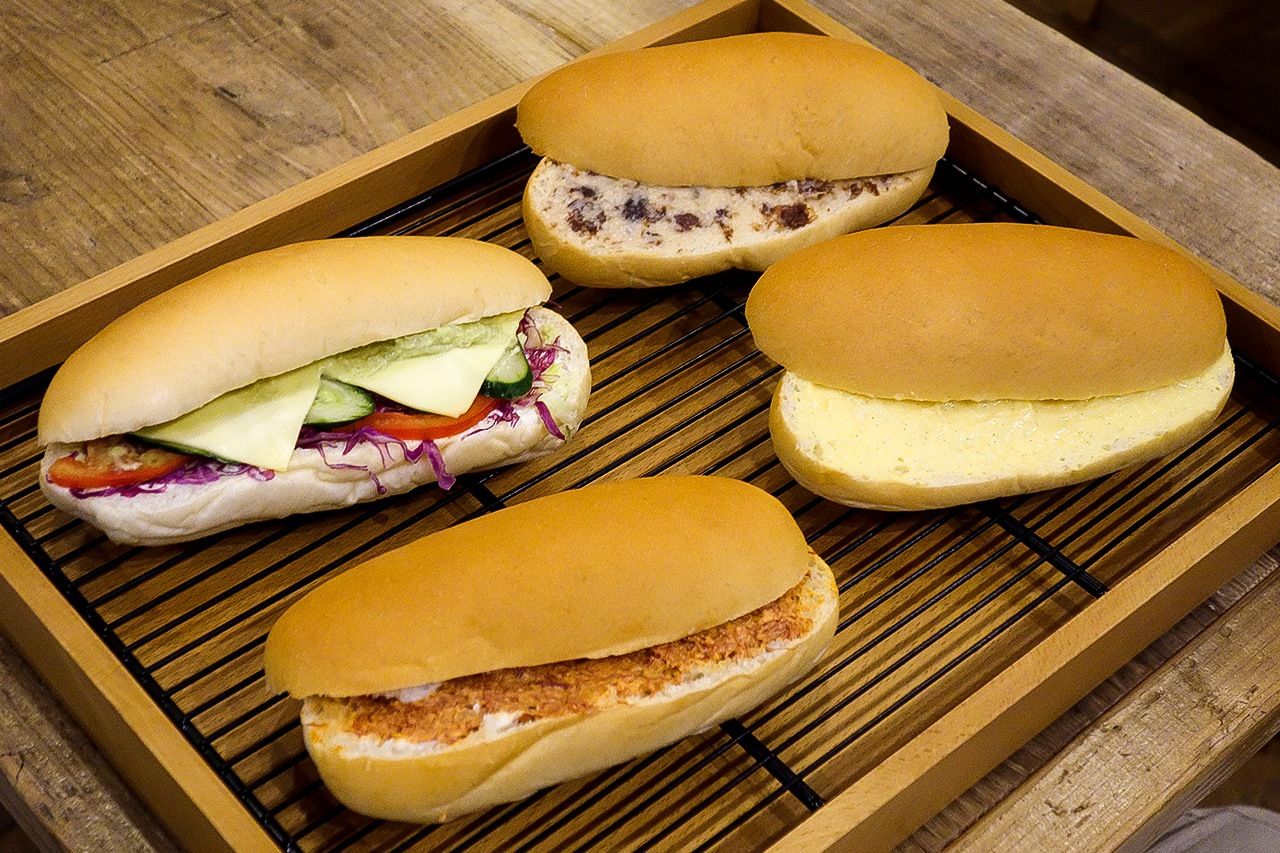 A selection of koppepan sandwiches.

The last few years has seen an uptick in interest in Japanese-style snack breads from regional bakeries. Events at department stores in major cities have drawn attention to an array of fresh creations by daring bakers. Recent products winning acclaim on social media include brightly colored loaves from a Sendai bakery that resemble watermelons when sliced and hearty potato salad-filled buns popular in Ibaraki and Nagasaki Prefectures.

Japanese bread culture is also taking sandwiches into uncharted culinary territory. Recent trends include dessert-type variations made with cream cheese and fruit, along with other nontraditional fillings like Japanese rolled omelets.

Since 2013, demand for premium white bread has also been on the rise. The convenience store chain Seven-Eleven made a splash with its Premium Gold brand that was nearly twice the price of standard varieties. Fans continue to pay even higher prices to get their hands on super-soft breakfast loaves from a growing number of specialty shops.

The distinct trajectory of Japanese bread culture is largely due to the food never having been a staple. In Europe, the need for storage demanded denser doughs and harder crusts. However, Japanese bakers have been free to experiment with different styles, adding fillings and making bread fluffier to appeal to Japanese tastes. 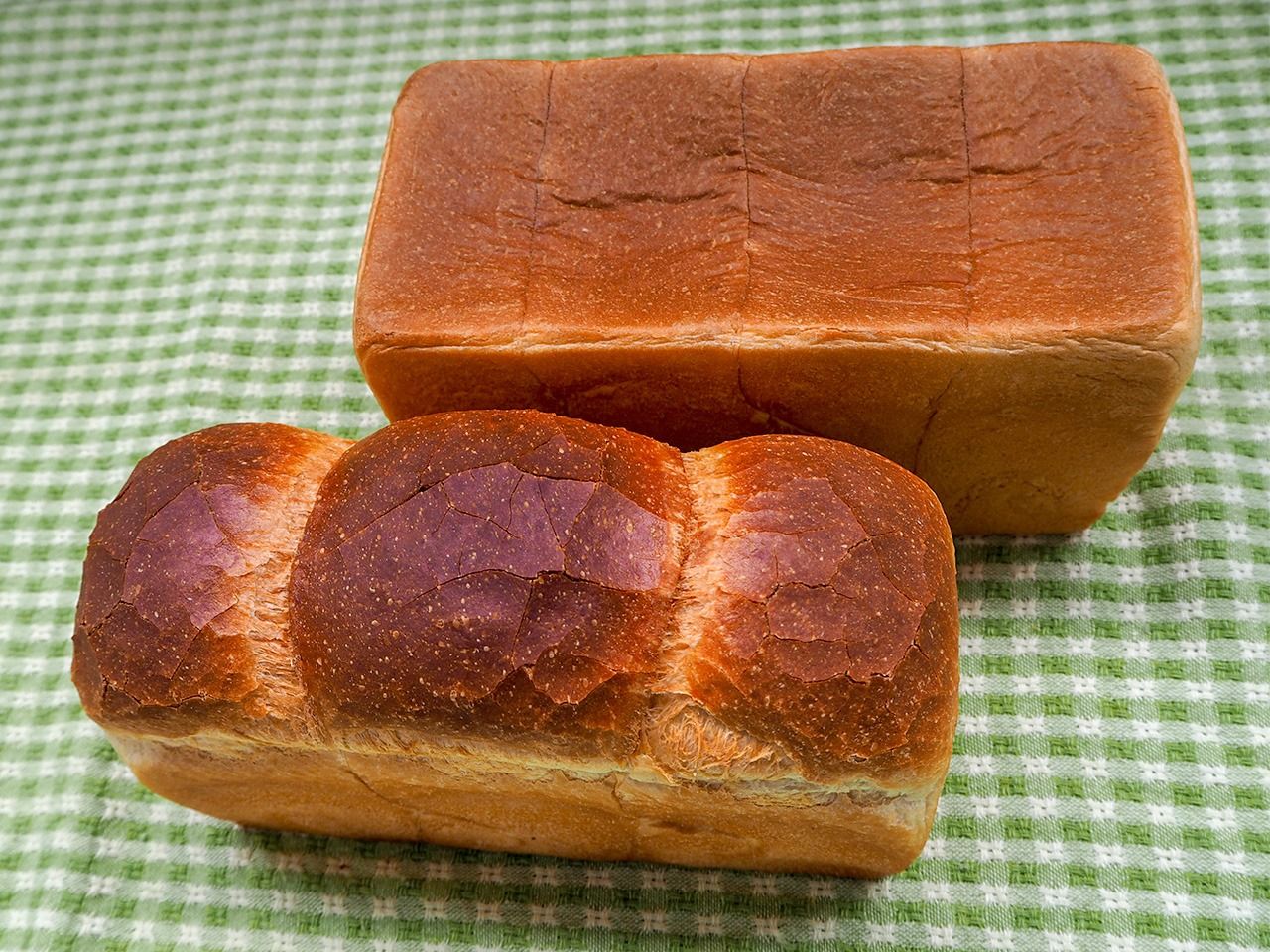 A loaf of premium white bread from Ginza’s Centre the Bakery.

Japanese snack bread is most representative of local tastes. The distinct style of bread got its start at the famed bakery Kimuraya in Tokyo’s Ginza district in 1874. Former samurai Kimura Yasubē opened the shop in 1869 with his son in the vicinity of what is now Shinbashi Station (the store now stands along Ginza’s bustling Chūō-dōri). However, Japanese at the time found bread hard and unappealing, and the Kimuras struggled to sell their products. Taking a hint from manjū, a popular type of steamed bun stuffed with different fillings, Yasubē added sweet bean paste called an to his bread rolls to create the now ubiquitous Japanese bean bun anpan.

Following the debut of anpan, Japanese snack bread rapidly diversified. As bread does not enjoy the traditional culinary status of rice, bakers have had to steadily create new tantalizing varieties to appease the shifting tastes of Japanese consumers. Today, bakery shelves are stocked with an assortment of soft buns filled with ingredients like jam, custard, and even curry.

It is hard to say exactly why Japanese taste in bread evolved the way it has. Some speculate that the tradition of donburi dishes, bowls of rice topped with different ingredients, was influential by giving early bakers the idea to add components before baking to create distinct and tasty ways to enjoy the new food.

Another appeal of Japan’s bread industry stems from the region’s culinary similarities. Traditional Western-style breads have limited appeal in many Asian markets where rice or noodles are the main staples. Japan’s century and a half of breadmaking history is a valuable guide for finding the right mix of texture and flavor to appeal to local tastes.

The influence can be seen in Taiwan, which has its own version of anpan and has developed a preference for soft types of bread. Japanese-style bread is also gaining fans in Indonesia and South Korea. In Dubai in the United Arab Emirates, there is even a chain of Japanese-themed bread shops that use baking techniques and ingredients imported from Japan.