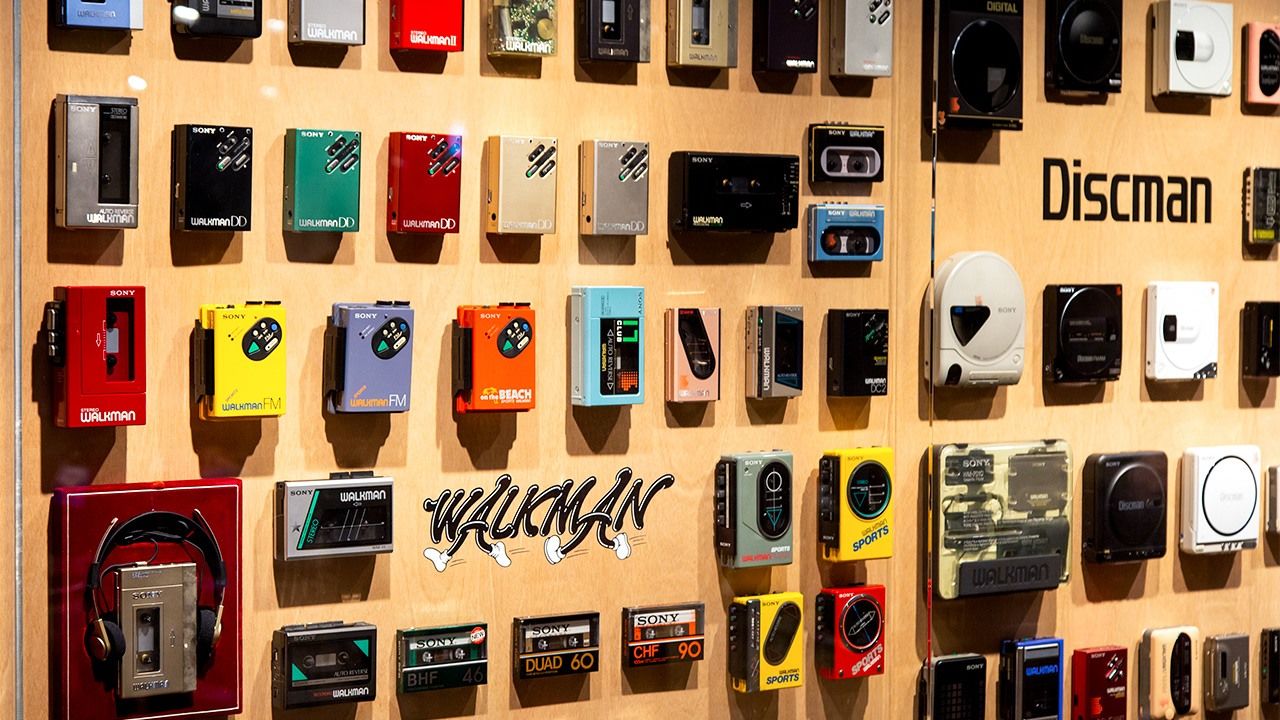 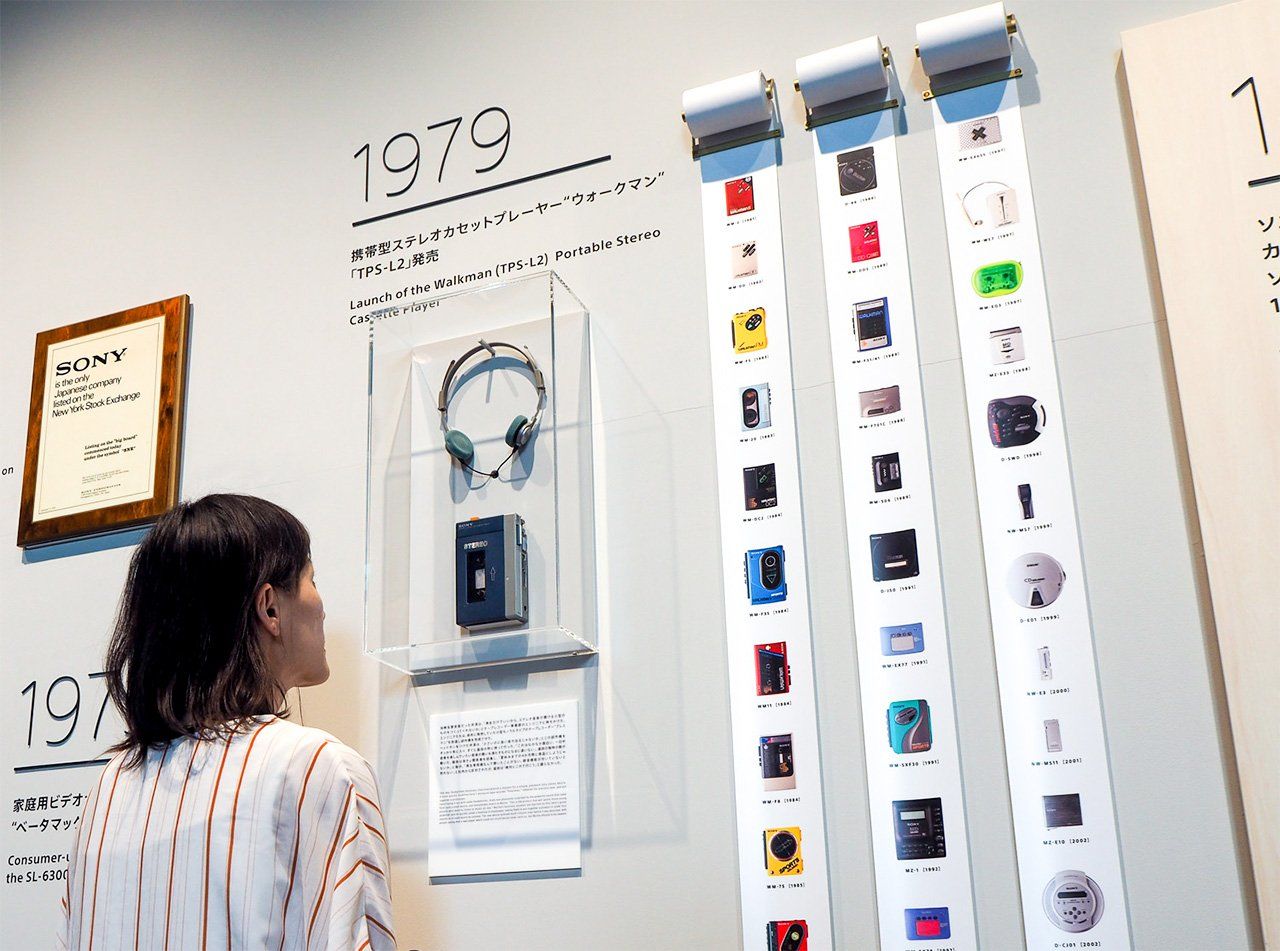 The original Walkman on display at Sony’s head office in Tokyo. Photograph taken in June 2019.

Forty years have passed since Sony’s Walkman first made music truly portable. Launched on July 1, 1979, it paved the path forward through cassettes to CDs, downloads, and streaming services on smartphones. The second-generation device, which went on sale in 1981, sparked a global boom. 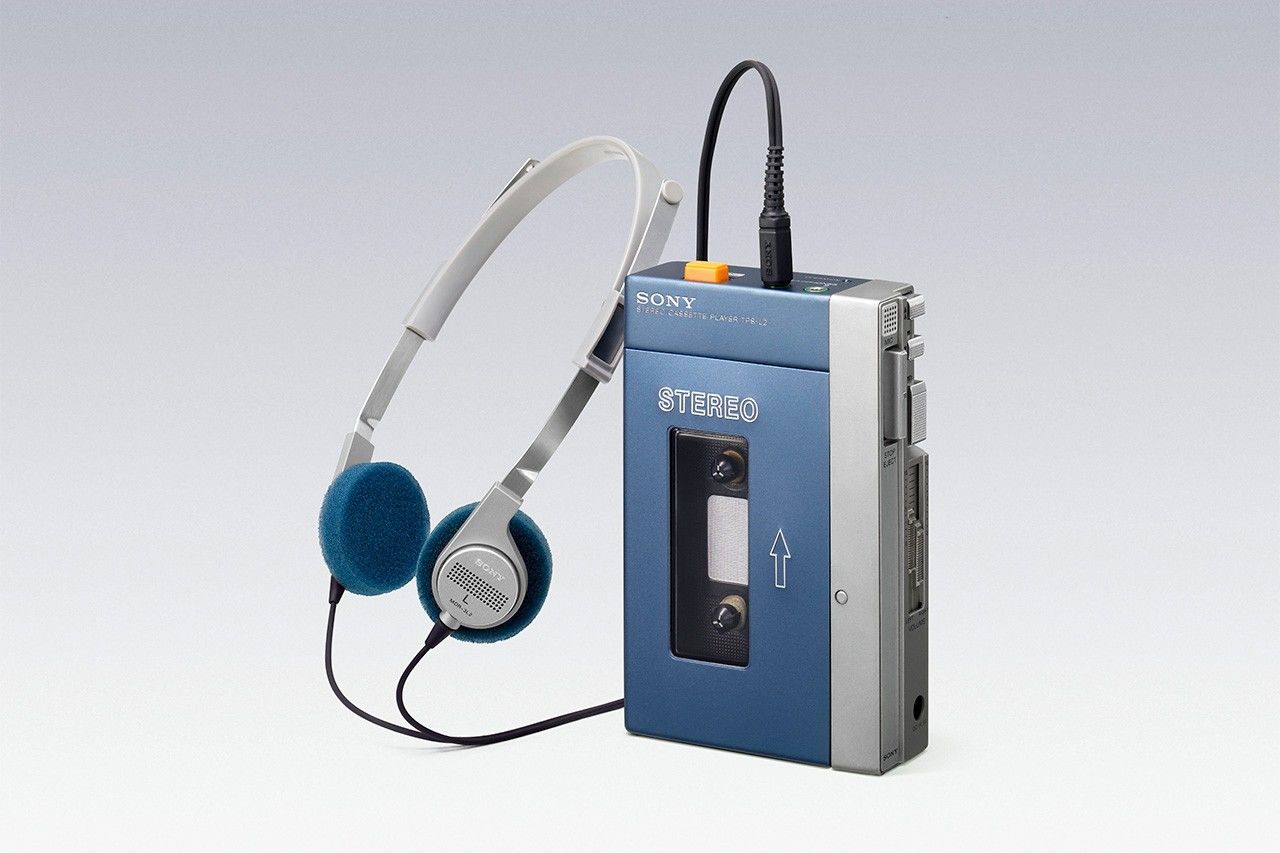 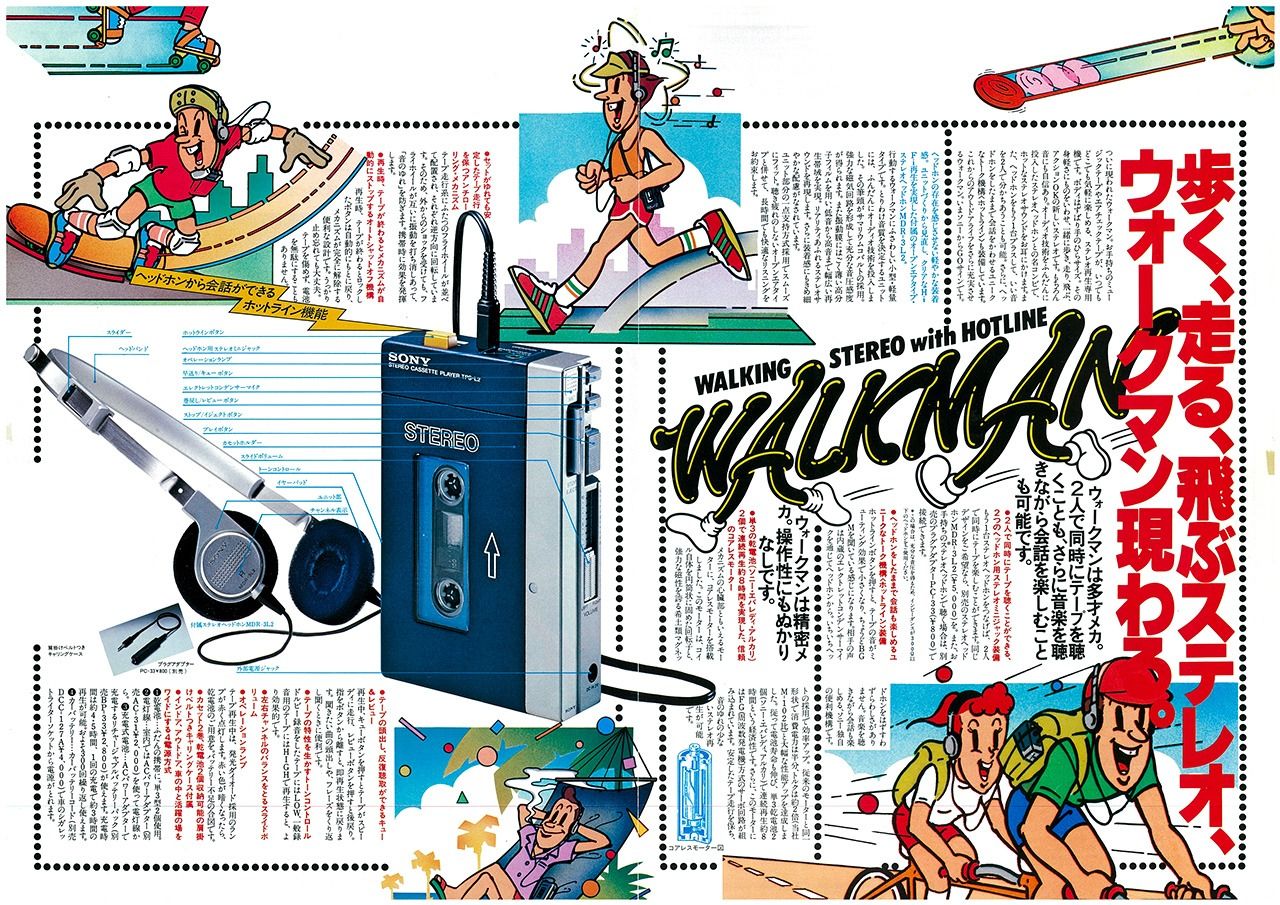 The catalog for the first Walkman was laid out like a magazine, with extensive explanations.

The original Walkman had an initial production run of just 30,000 units, showing that Sony was not confident it would be a huge hit. At the time, the standard view was that music lovers enjoyed their tunes on a living room stereo system, and the company must have pondered how to effectively present its new concept.

A portable recording device known as the Pressman, which Sony marketed to reporters, was the basis for the development of the first Walkman. Although this is not the only story about the Walkman’s origins, the Sony official website states that Honorary Chairman Ibuka Masaru had asked for a modified Pressman so he could listen to music in airplanes on business trips.

Kuroki Yasuo led the development team and became known as Mr. Walkman. In his book Uōkuman-ryū kikakujutsu (Walkman-Style Planning), he gives the following explanation. “It’s a fact that there was no clearly directed plan to make and sell the Walkman. Young engineers created it just to see if it was possible, and it was never in the product development list for the tape recorder division. This lack of planning is what makes the Walkman story so fascinating.”

Another engineer, Ōsone Kōzō, has told the same story in interviews, which suggests that a device first created for fun later came to the attention of managers. This seems to be closest to the truth of what actually happened—or that is what I believe, at least. The development period for the Walkman was only around four months. Even taking into account that many of the Pressman devices were adapted into products, this is an exceptionally short span for that era. 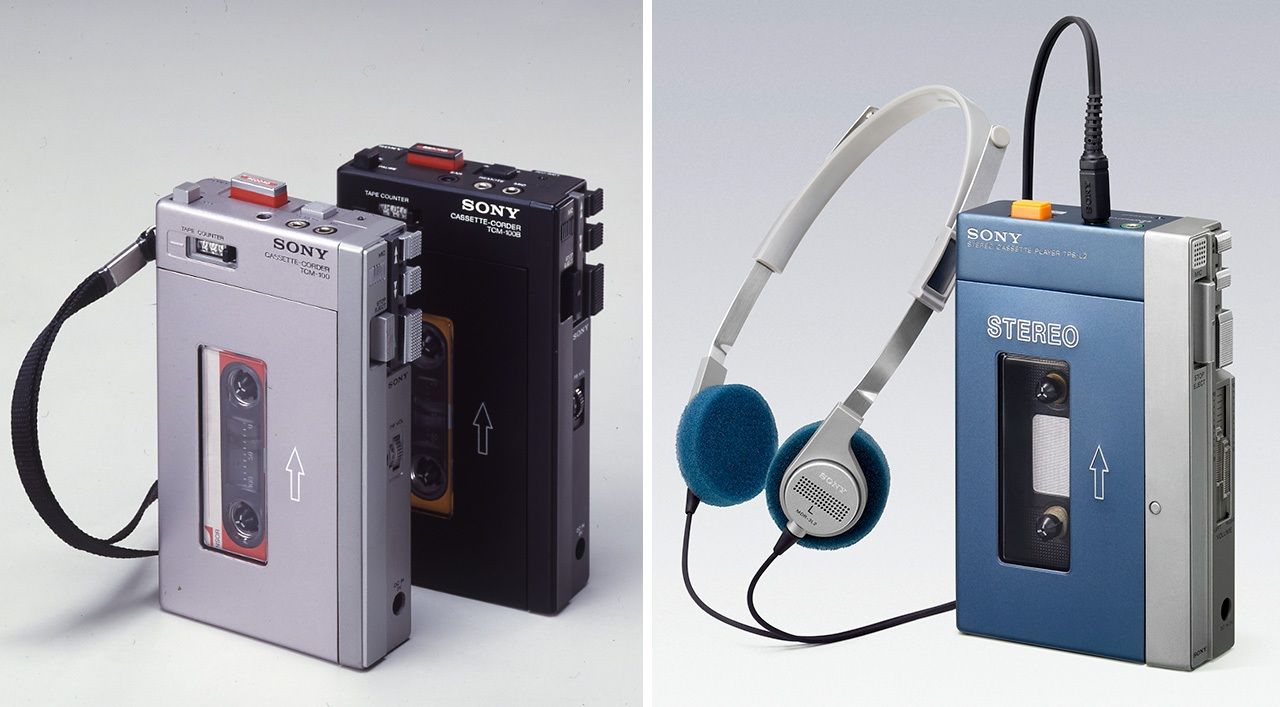 The Pressman (left) and the first-generation Walkman were highly similar in appearance. 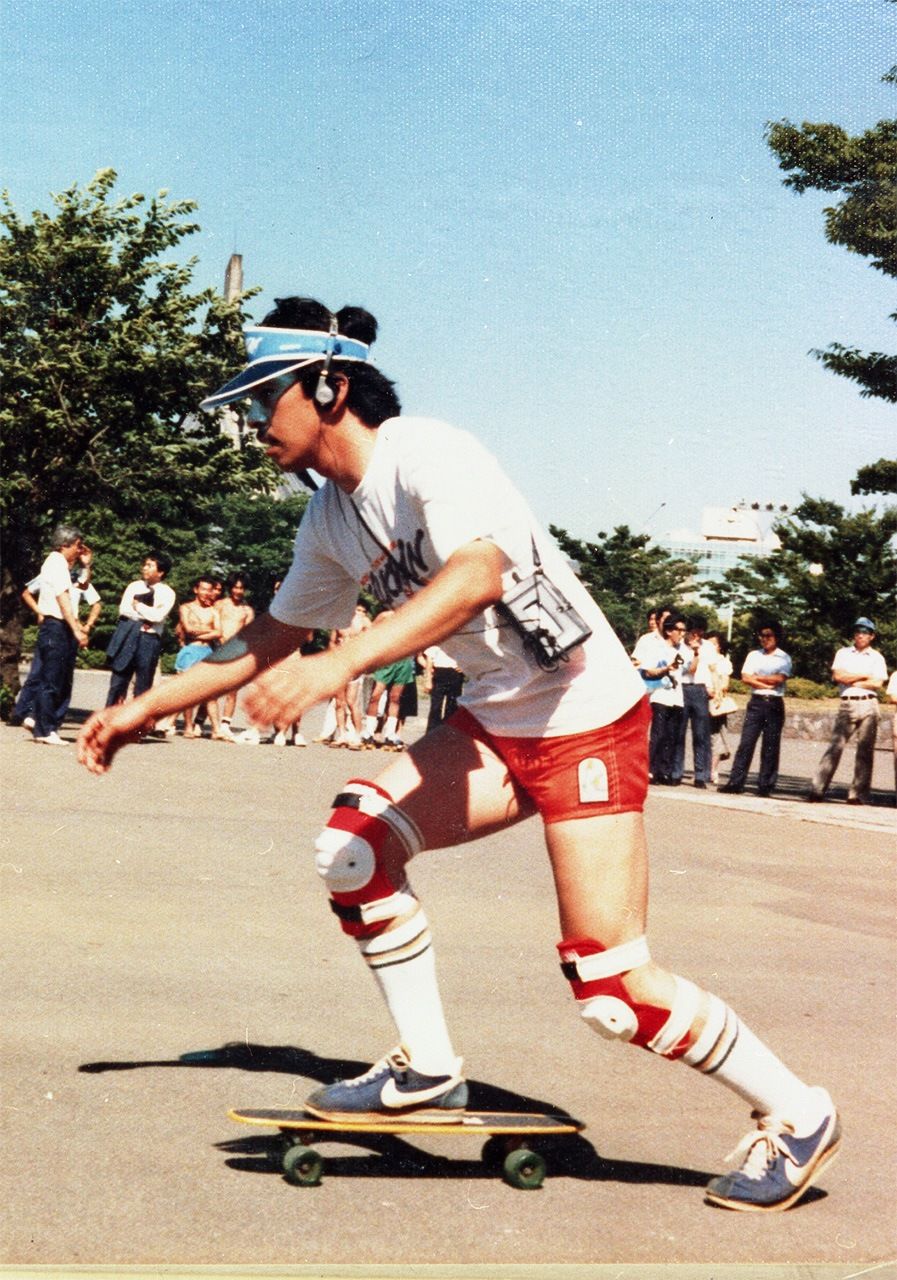 A demonstration for reporters in Meiji Park showed how the Walkman could be used on the move. The journalists were given their own devices with cassettes of music and narration to walk around with.

Although the first month’s sales were nothing special, the first 30,000 units sold out in less than three months. This explosive popularity continued into the following year. In April 1980, the Nikkei Sangyō Shimbun reported breathlessly that even monthly production of 20,000 units was not enough to keep up with demand. Total sales for the first seven months amounted to 140,000. Compared with the social phenomenon the Walkman would become, however, this was just a prologue.

In January 1981, the Nikkei drew attention to students listening to portable stereos before university entrance examinations. The Walkman’s popularity among the young drew a reaction from their elders, as described by Kuroki in his book. “Adults blasted the Walkman as a device for shutting out the world and drowning in narcissism, and began to lament a rise in isolated individuals.” 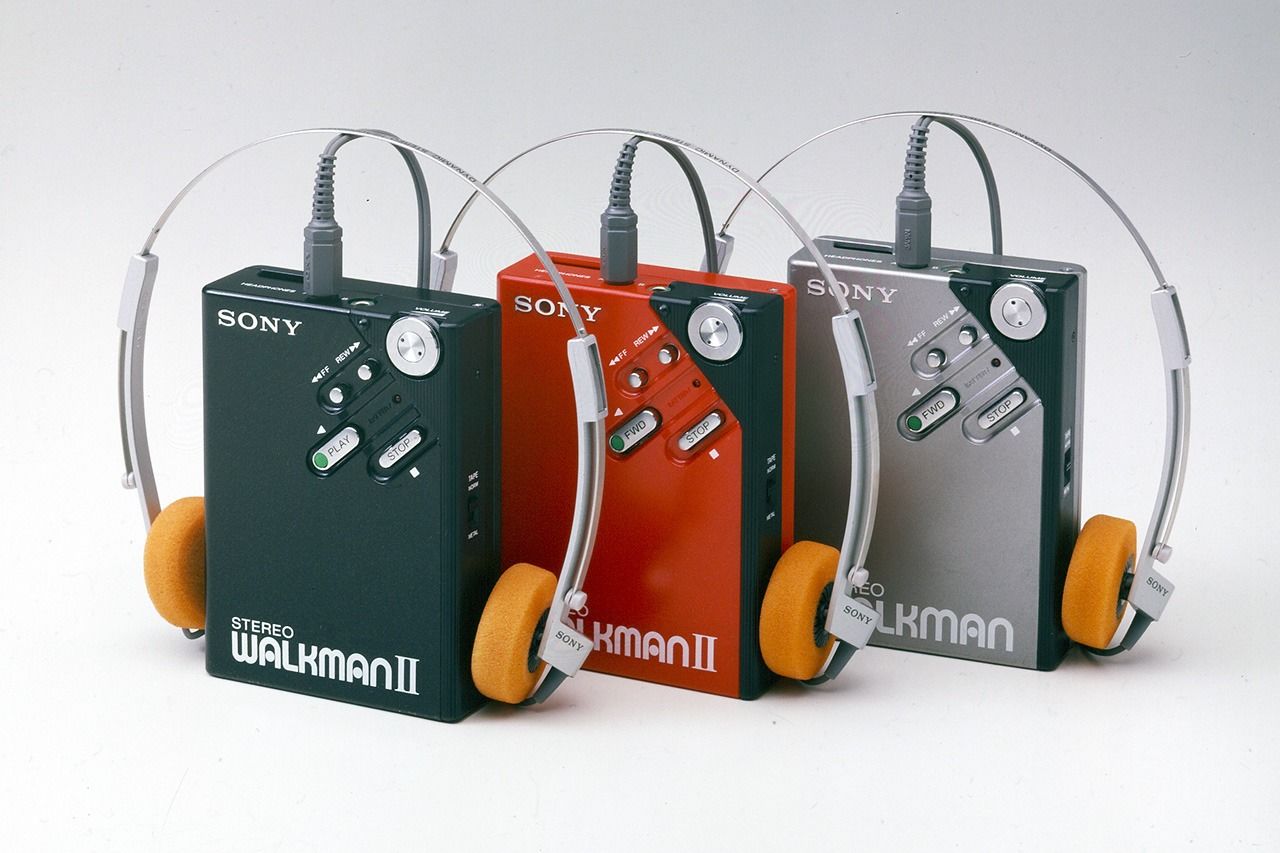 The second-generation Walkman, the WM-2, went on sale in February 1981, just 19 months after its predecessor, at a price of ¥32,000. Unlike the first generation, the WM-2 was not directly based on an existing product, so it could be reimagined to meet an ideal form. The engineers aimed to reduce it to the size of a cassette case, and refined the design by moving the controls from the side to the front.

This model caught on overseas in particular, and is the most memorable version of the Walkman for many around the world who lived through the era. Around the same time, the product’s popularity spread from the young and fashionable to wider society. Having learned from the continued shortages of the first-generation device, Sony ensured greater production for the WM-2. In November 1981, the Nikkei reported that its sales had hit 1 million units in nine months. By comparison, the first Walkman sold 1.5 million units over its first two years.

Rivals like Aiwa, Matsushita Electric (now Panasonic), and Toshiba invested in their own similar devices, but the Walkman boasted overwhelming dominance as a brand. As the November 1981 Nikkei article put it, “They’ve been forced to acknowledge the advantage of getting in first and the mystic power of the Sony brand among young people.”

Of the 5.5 million Walkman units shipped as of the end of October 1982, more than 60% were exported, demonstrating how rapidly the product had gained mindshare and popularity abroad.

Reports that demand had peaked began around the end of 1983, but Sony’s release of the Discman portable CD player in 1984 and the MiniDisc Walkman in 1992 kept the company in the vanguard of the portable player market. 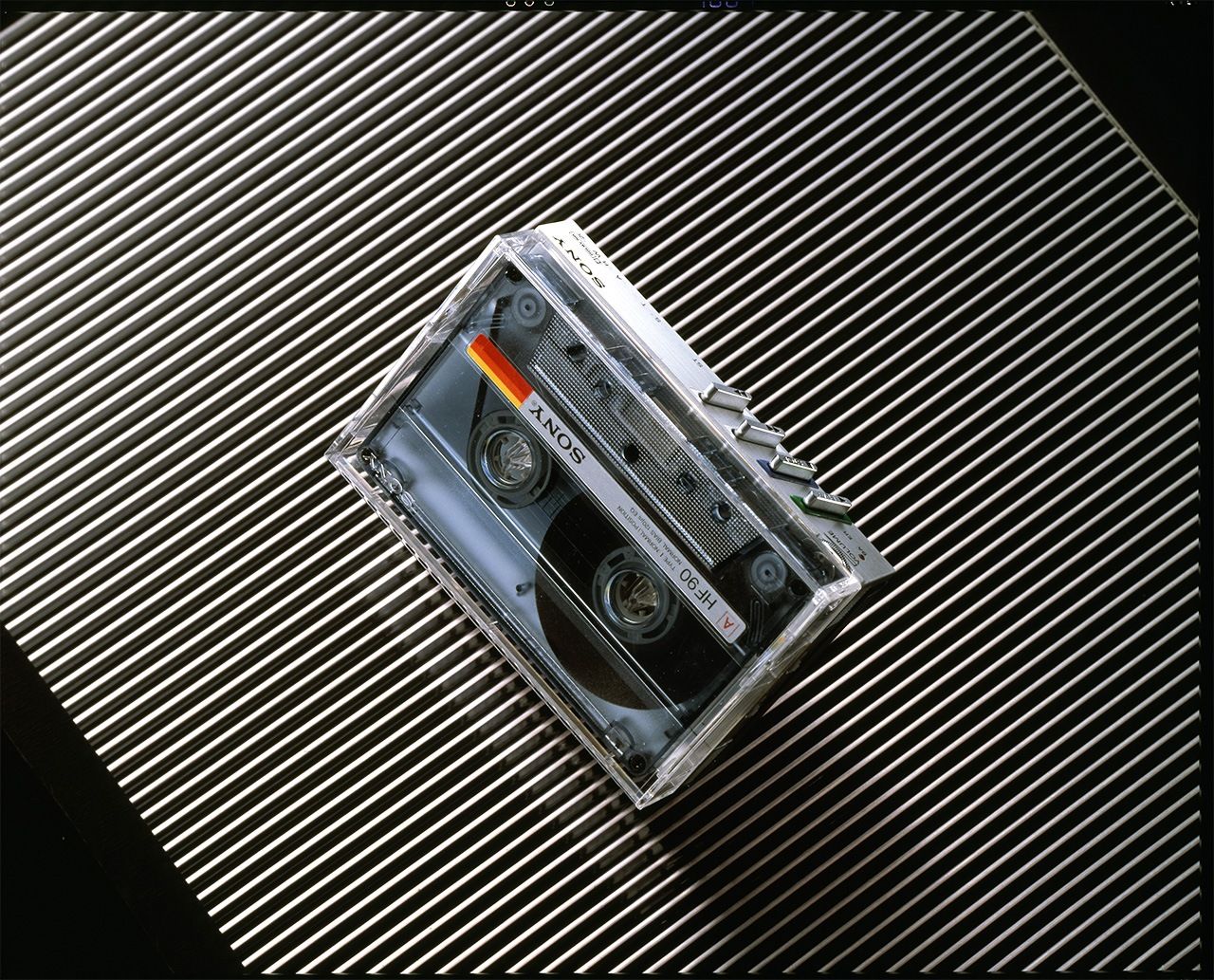 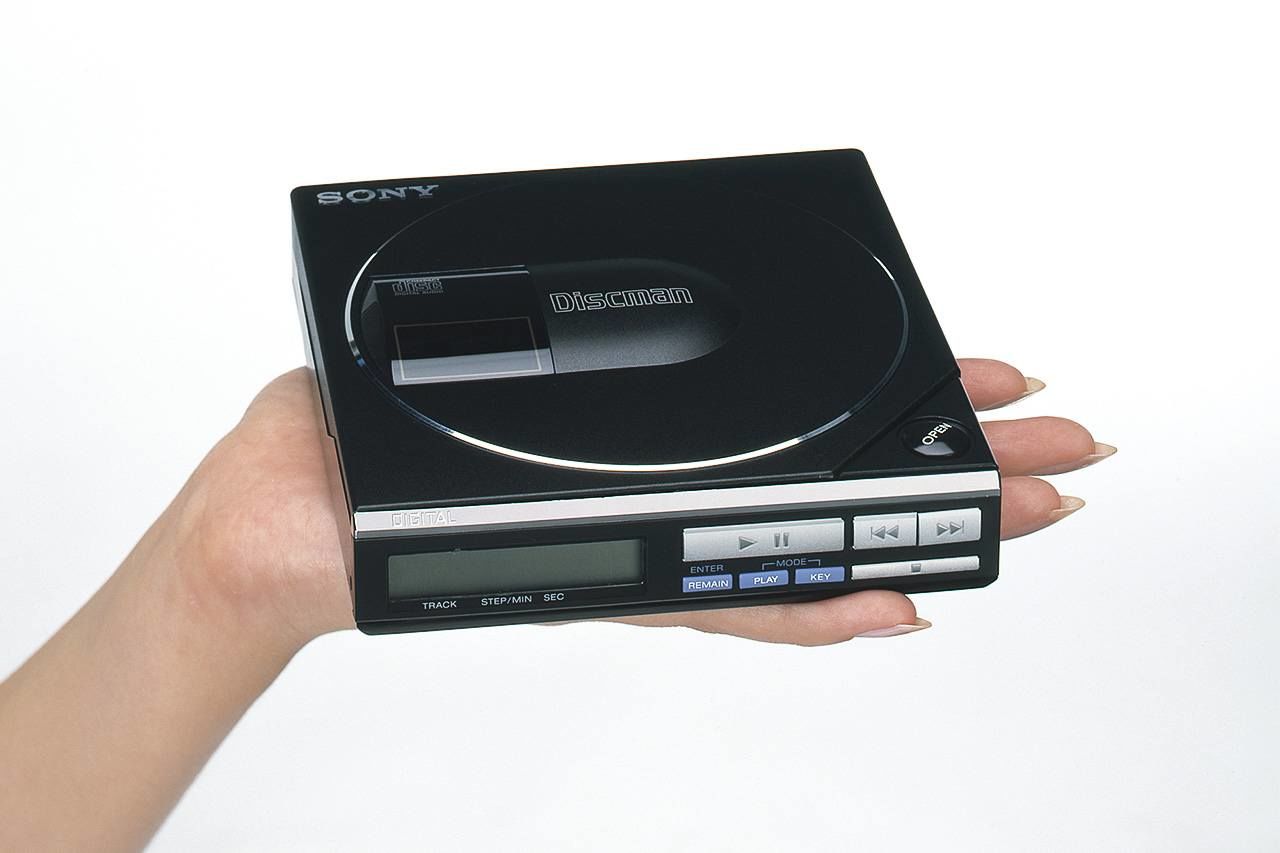 The original Discman, launched in 1984. 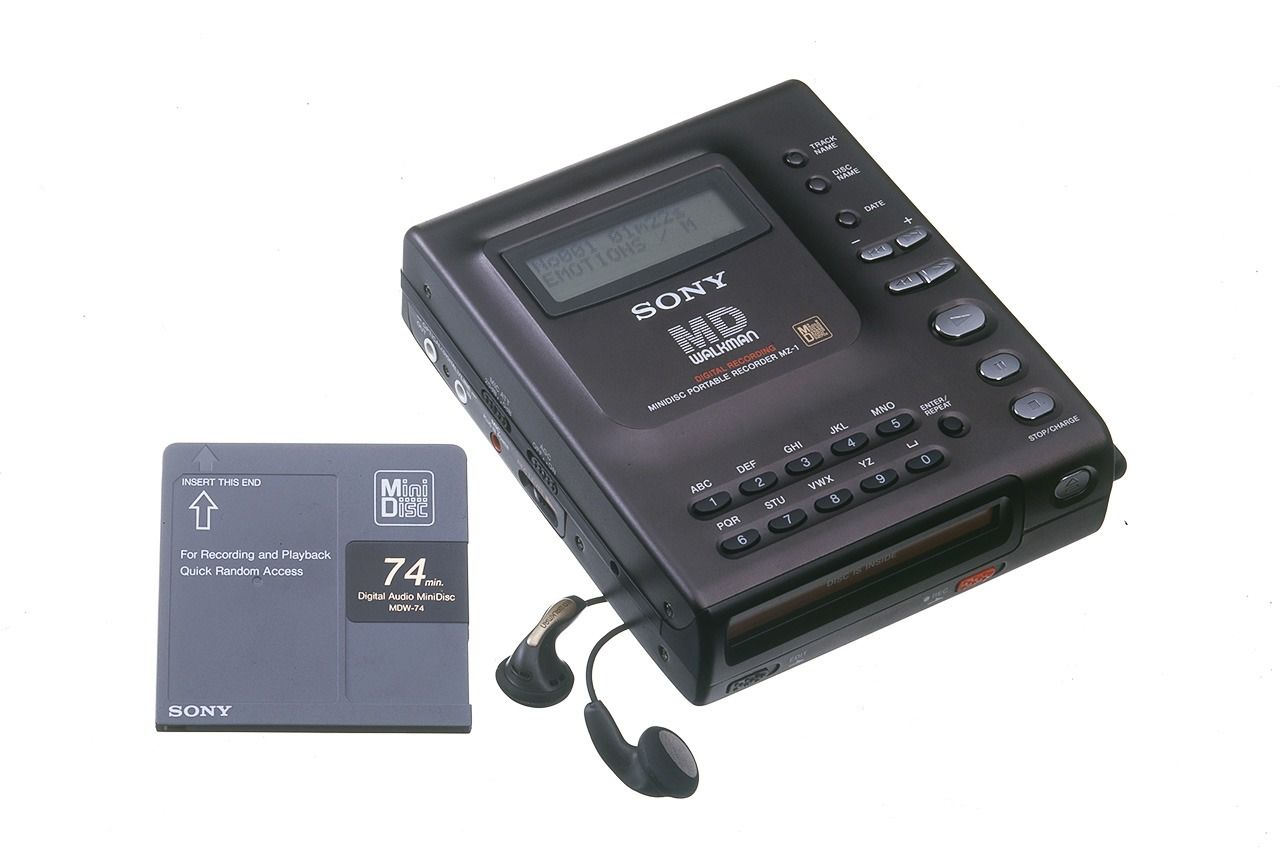 The MiniDisc Walkman hit markets in 1992.

In the last few years, there has been a movement toward renewed appreciation of cassette tapes, just as with vinyl. Tokyo still has a number of businesses specializing in cassettes, while working WM-2 models exchange hands for around ¥20,000–40,000 on peer-to-peer marketplace apps like Mercari and Yahoo Auctions. This may require serious effort from sellers, however, as many descriptions note that items have been assembled using parts from multiple products. 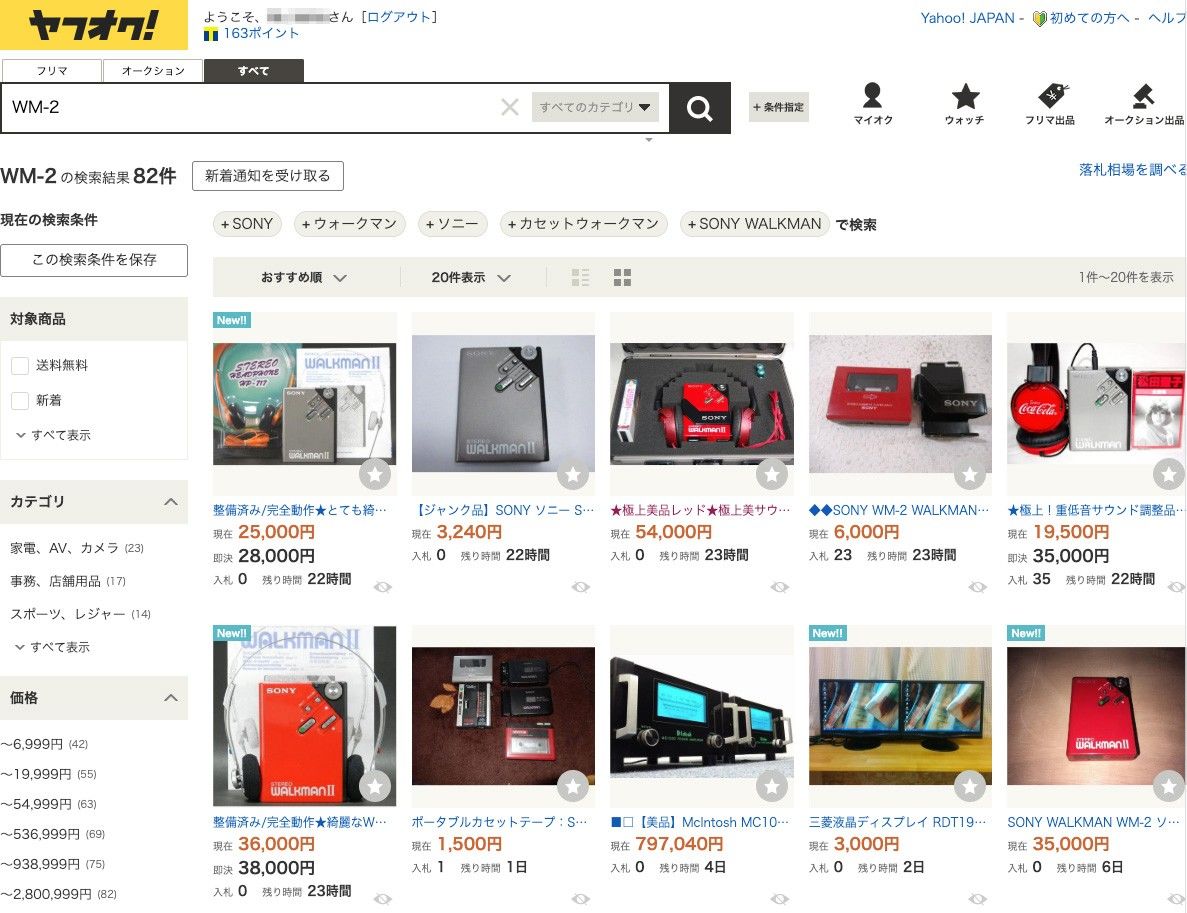 A number of manufacturers have released new record players with USB ports and built-in Bluetooth, which compete in a niche but lively market. Used LPs continue to be popular, and it is not unusual for top artists to release vinyl versions of their latest music.

Could cassette tapes and the Walkman live on by carving out the same kind of cultural space? Sony, at least, has no current plans to restart production of parts for its iconic device. And despite a small, recent increase in interest, tapes still lag far behind records in market share.

The cassette Walkman set off a lifestyle revolution 40 years ago, but it remains to be seen whether it can enjoy a revival or if it will be consigned to the history books.

(Originally published in Japanese on July 5, 2019. Banner photos: Walkman models of varying vintages on display at a fortieth anniversary event at Ginza Sony Park in Tokyo on July 1, 2019.)