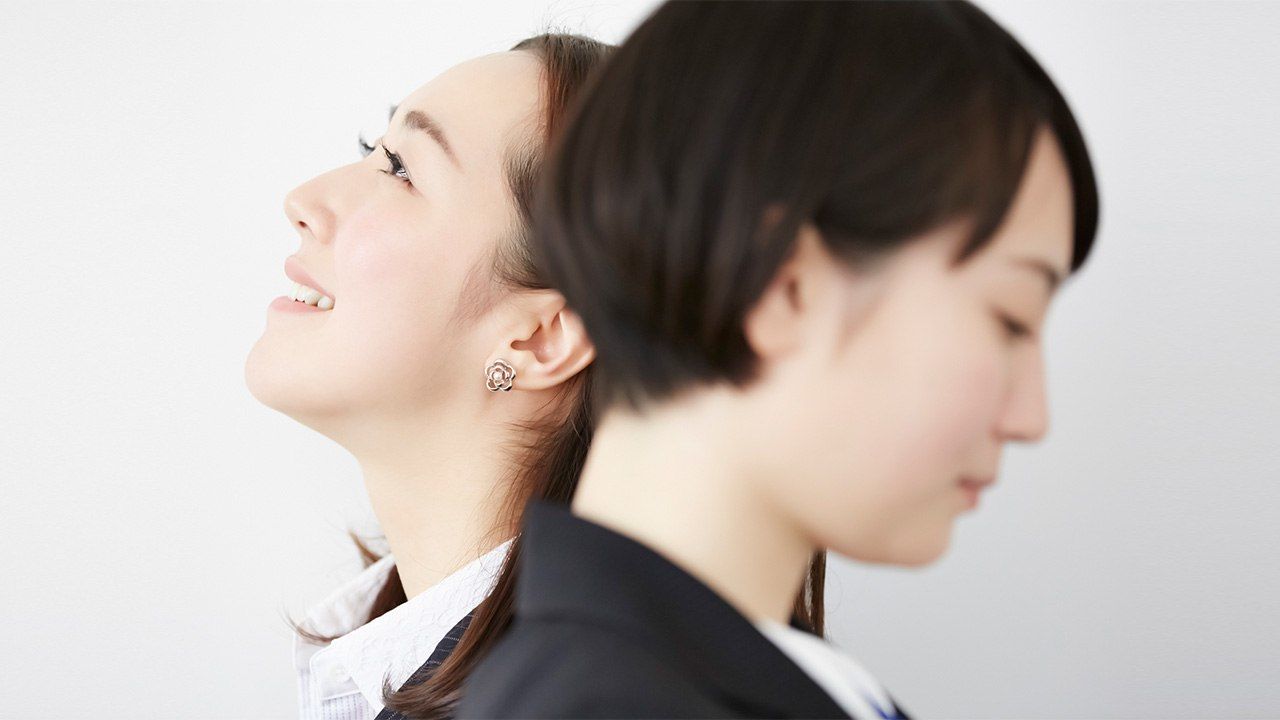 Japanese Play It Safe While Europeans Take a Gamble

How does the Japanese perception of reality shape Japanese culture?

There is a hypothesis ascribed to the linguist and anthropologist Edward Sapir and his student Benjamin Whorf stating that the language we use conditions our world view and thinking. I have given thought to how this applies in my own case. I have lived in Japan for almost 45 years, and to the extent that I have come to think in Japanese as Japanese people do, my Arab birth culture can seem strange and unfamiliar to me. But on the other hand, because my native Arabic language is still deeply embedded in me, there are still many times when Japanese behavior strikes me as foreign. I sometimes feel as if I am adrift between the two cultures, Arab and Japanese.

Japanese people are said to interpret the word “risk” (risuku, the English word that has been adopted into their language) as “something dangerous that will lead to a negative outcome.” As a result, it is only natural that people living in Japan do their best to avoid risk—on the way to work or school, in conversation, and in countless other situations in life. People here discipline themselves to behave in the least risky way. The end result is a safety-first society.

In contrast, the concept of “risk” in the Western societies on which Japan modeled its modernization contains a stronger sense of “a calculated act that will be a great success if it goes well.” This calculation has at its heart the idea of gambling on a successful outcome. It is the polar opposite of the Japanese usage, with its strong nuance of a negative outcome.

I have been teaching at Japanese universities for 15 years, and I also see this risk-averse tendency among my students. I try to create opportunities for discussion and opinion-sharing in class, but even when called on, it is rare for a student to offer a meaningful response. However, if I wait a while, students will start to talk to their neighbors and discuss among themselves. It is not that they do not have an opinion to express. If no one else is raising a hand, students decide it is safer not to raise theirs. The Japanese aptitude for reading the room, or not speaking out of turn, is a necessary skill to avoid the risk of being “the protruding nail that gets hammered down.”

Optimist or Pessimist—All in Our Genes?

Consistent with their risk-averse nature, Japanese people are said to have the world’s lowest appetite for personal investment. Bank of Japan statistics show that compared with households in major Western economies, Japanese households were far more likely to hold their financial assets (a huge ¥1.83 quadrillion as of the end of 2018) as cash and deposits than invest them in higher-risk stock and investment trusts. A major factor behind this fact is people’s negative perception of income that is dependent on risky investments. So however hard the government tries to promote investment over savings, it makes little headway. Interestingly, there seems to be a genetic element behind the negative take Japanese have on risk.

Research by the Wellesley College psychology professor Julie K. Norem posits two broad categories of thinking in humans—defensive pessimism and strategic optimism. Defensive pessimists believe that no matter how often they succeed, they might still fail next time. Strategic optimists, on the other hand, generally think positively, and firmly believe they can do something even without concrete evidence.

The key determinant of a person’s status as a defensive pessimist or strategic optimist is the chemical serotonin. Serotonin is a neurotransmitter, which is linked with a sense of security and motivation if present in the brain in sufficient quantities, but if lacking, can explain higher anxiety and irritation. A protein called a serotonin transporter is responsible for carrying serotonin around the brain, and it is the genotype of this protein that determines whether adequate serotonin gets distributed.

Serotonin transporter genes come in two types—the limited capacity S-type and the high-load-bearing L-type. We inherit one of each gene from our parents, so there are three possible combinations—SS, SL, and LL. 70% of Japanese people have the SS pair, while those with LL number less than 10%. The Japanese population thus has a preponderance of people with lower serotonin activity, and who may therefore be considered defensive pessimists with a tendency to be anxious or foresee the worst.

Wa as the Brain’s Brake Mechanism

I want to make it crystal clear that I am not saying strategic optimists are superior, or that defensive pessimists cannot succeed in life. As can be seen from the title of Norem’s book, The Positive Power of Negative Thinking, negative thinking can generate positive energy. People who think that they might mess up or face obstacles ahead plan carefully and avoid causing chaos or trouble for others by taking rash action. They win others’ trust by being ultraconscious of how their acts will impact those around them. Seen in this light, defensive pessimism seems to underpin Japanese diligence and attention to detail.

The human brain operates through the dual mechanisms of our accelerator-like hopes and desires and a brake-like function that reins them in. While the accelerator operates to control our innate, instinctive behavior, the brake function is something we acquire as we grow and develop as human beings. In Japan, where people often wish to avoid becoming a “protruding nail,” the brake function has an especially important role.

The preeminence of the brake mechanism can also be seen in language. Japanese favors the use of indefinite, vague, “safe” expressions such as “It might possibly be . . .” “It could be . . .” or “It could be thought that . . .” It is considered part of Japanese culture to suppress one’s feelings and physical expressions. Having the strength to control oneself even when sad or troubled, and not display excessive emotion in front of others, is a feature commonly attributed to the Japanese character.

These cerebral brakes also underpin the Japanese spirit of wa, or group harmony. To satisfy the needs of society, rural village-dwellers would have to consider the needs of the whole village before their own personal desires, and plant and harvest rice crops together with everyone else. This was possible thanks to the operation of the brakes in each villager’s brain. There are countless other examples of Japanese behavior patterns in which such brake activity is the norm.

Negative and Positive: A Tied Match

It is precisely these brake-like behaviors that manifest in the form of care and consideration for others, and that have given birth to the Japanese spirit of omotenashi, or hospitality.

In this world where people are seeking a so-called “global standard,” it is easy to think that the way to succeed is by adopting Western-style strategic optimism; a world in which people take the positive view and express their hopes and desires without holding back. But cultural, social, and even genetic factors can limit our ability to become strategic optimists. Would you not agree that negative and positive—and the brain’s brake and accelerator mechanisms—are like light and shade, inextricably linked and of equal value? I may well believe this because I am deeply immersed in a majority “defensive pessimist” society, of course.