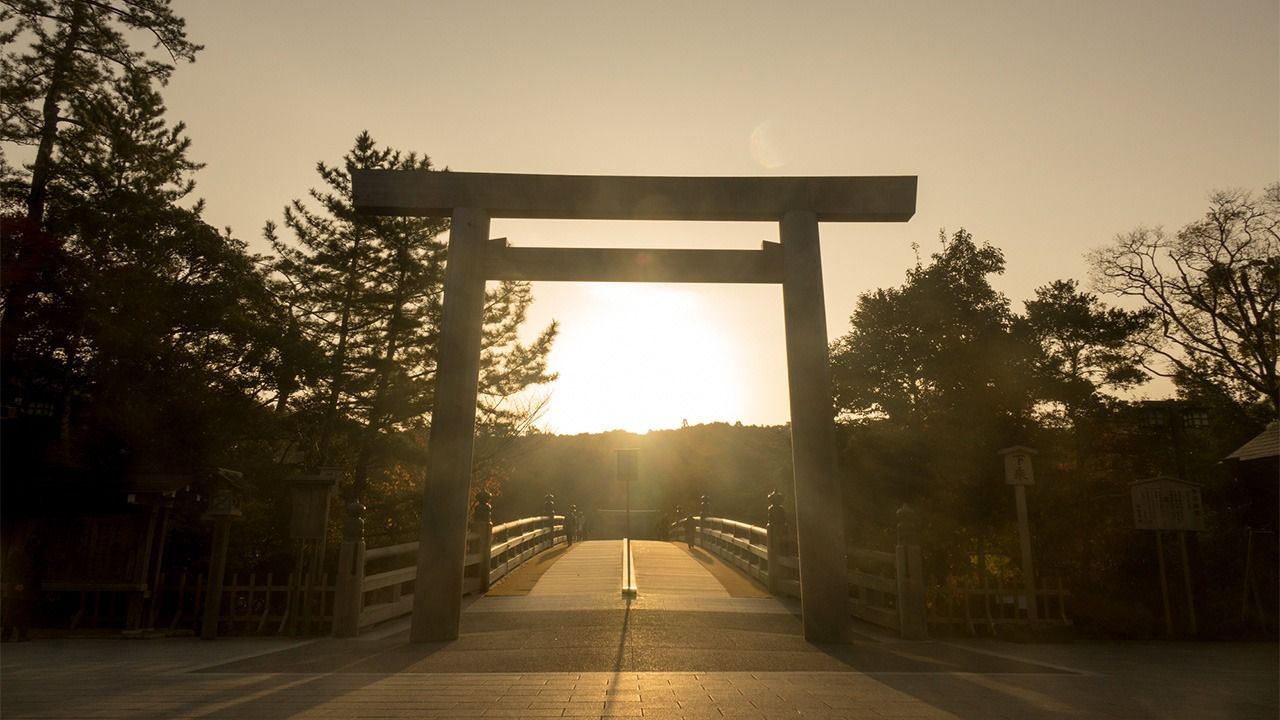 Culture History Oct 23, 2019
Amaterasu is the highest deity in Japanese mythology. In the most famous legend about her, she shuts herself away in a cave, bringing disasters to both the world and heaven.

Birth of the Sun Goddess

In the legendary account of Kojiki (Record of Ancient Matters), the god Izanagi and goddess Izanami create the islands of Japan. Izanami goes on to give birth to a host of deities of natural phenomena like the sea, mountains, grass, and wind, as well as those of ships and food. In giving birth to the fire deity Kagutsuchi, however, she burns her genitals and dies of her injuries. Grieving and alone, Izanagi seeks her out in Yomi, the realm of the dead. Izanami tells him he should not look at her, but he does not follow her words and discovers that she has become a rotting corpse covered in maggots.

Terrified, Izanagi flees from Yomi, shaking off several pursuers. When he returns to our world (Ashihara no Nakatsukuni), he ritually purifies himself at the river mouth of Tachibana in Himuka. As he washes his face, three deities appear: the sun goddess Amaterasu when he pours water on his left eye, the moon god Tsukuyomi when he does so on his right eye, and Susanoo when he does so on his nose. These three are considered the most important of Izanagi’s offspring.

In ancient Japan, place names conveyed the characteristics of the land. Himuka (日向) represents present-day Miyazaki Prefecture, facing (向かう) the bounty of the sun (日) on its eastern Nichinan Coast by the waters of the Pacific Ocean. From the perspective of the central province of Yamato, it was also viewed as an auspicious location; by an alternate reading, Himuka is where the sun (日) travels (向かう) west from Yamato.

Tachibana takes its name from an evergreen tree with brightly colored citrus fruit. In the second volume of Kojiki, it is written that the tree was brought from Tokoyo, a land of eternal youth beyond the sea. In other words, Tachibana in Himuka is the total opposite of the gloomy land of the dead, and the ideal location for purification, which was why the three deities came into existence there. Izanagi was overjoyed at their birth, placing Amaterasu as ruler of the heavenly plain.

As the kanji of Amaterasu’s name (天, ama; 照, terasu) indicate, she was a sun goddess, shining (照) from heaven (天). The story of when she shuts herself away in a cave demonstrates the extent of her power in this role. When her younger brother Susanoo wreaks havoc on the heavenly plain, the frightened Amaterasu hides in a cavern, plunging both the heaven and world into darkness, which causes all kinds of disasters. The myriad gods gather and discuss what to do, deciding to perform a ritual—one involving a ribald dance and uproarious laughter—calling on her to emerge. Amaterasu is enticed from the cave, and shines on the earth and heaven once more.

Her light is essential in both realms. This is why Kojiki says that her descendants came down to the world to rule Japan as emperors. Legitimizing the early Japanese state of Yamato might be called the main theme of the Kojiki legends. It is also the reason why Amaterasu is revered as the highest deity in Japanese mythology.

The ritual performed outside the cave is directed overall by the god of wisdom, Omoikane. At this time, two deities make the sacred mirror (Yata-no-kagami) and beads (Yasaka-no-magatama), which are two of the three items in the Imperial Regalia. The third—the sacred sword (Kusanagi-no-tsurugi)—appears in a later episode in Kojiki.

Two more gods perform a kind of divination, burning the shoulder bone of a stag over bark from the hahaka, or bird cherry tree, and reading the resulting cracks in the bone. They then respectively make offerings and give a ritual prayer.

Then, the goddess Amenouzume enters a frenzy, baring her breasts and dropping her skirt as she dances. The direct references to her breasts and genitals derive from the worship of the life force of women as child bearers, a force that can return the world to normality.

As Amenouzume dances, the eight hundred myriad gods break into laughter, and tell the by now uneasy Amaterasu that there is a more powerful deity than her. When another god holds out the mirror, Amaterasu thinks that this is the “powerful deity” they are talking about. Doubtful, she moves closer, and a strong-armed god takes her by the hand and pulls her fully out of the cave. Just as Amaterasu is said to be the ancestor of Japan’s emperors, several of the gods in the story were said to be the forebears of major clans. Thus, the image of the eighth-century emperor surrounded by supporting clans of the Yamato court is reproduced in the divine myth of Kojiki.

Some suggest that the motif of the sun’s disappearance and rebirth is based on the natural phenomena of eclipses or the winter solstice. It is easy to imagine that the shock of a total eclipse of the sun provided the inspiration, but it would seem unlikely for the legend to become fixed due to such a rare event, and without the repetition needed to convey the story down through generations. Although not as spectacular, I think it is likely that the natural cycle of the return of spring after the sun’s diminishing in strength through to the winter solstice was the basis for the story.

Ise Shrine is dedicated to Amaterasu as the highest national deity, yet at times she shows reverence to nameless, unspecified gods. Just before the cave story in Kojiki, she is described as working at making heavenly garments. Why is this?

In Nihon shoki (Chronicle of Japan), another early history, Amaterasu is also known as Ōhirume. Some suggest this name could be read as describing a miko or “shrine maiden,” venerating a male sun god, but that she was later upgraded to a sun goddess. As there are many examples of sun gods in myths from around the world, there may be something in this idea, meaning that traces of a lower-status Amaterasu appear occasionally in the record.

Kojiki was written to legitimize the ritual power of the emperor over the state. Theoretically, it should have been impossible to assign authority to one man over people of so many values and beliefs across the Japanese islands. Yet, the hierarchy of Amaterasu and the lower gods reflected that of the imperial court whose ancestors they were said to be, presenting the emperor as uniting the country’s religious thinking. By virtue of being a descendant of the sun goddess, the emperor saw his position and power assured.

(Originally published in Japanese on September 3, 2019. Banner photo: The great torii at Ise Shrine, which is dedicated to Amaterasu. © Pixta.)