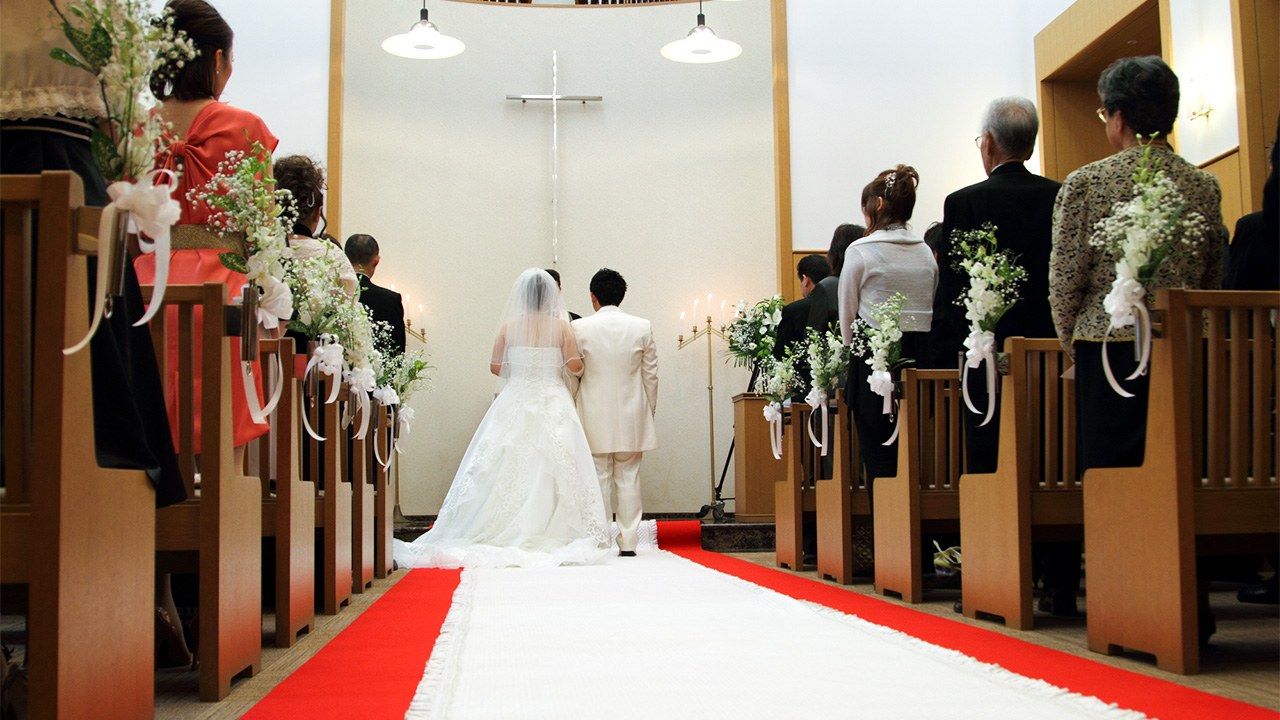 A Little Faith: Christianity and the Japanese

Society History Nov 22, 2019
Christianity has a generally positive image in Japan. Despite this, Christians make up less than 1 percent of the population. The reasons for this apparent paradox can be found in the complex history of the religion’s reception in Japan.

A Christianity Without Christ

Christianity is the world’s largest religion, with an estimated 2.4 billion followers, or nearly one-third of the world’s total population. But in Japan, Christians are a tiny minority. Unlike in neighboring South Korea, where some 29% of the population identify as Christians, in Japan the religion’s followers make up just 0.8%.

But while more than 99% of Japanese people are not Christians, this does not mean that they dislike Christianity, or have a negative image of the religion. Far from it. In fact, it is fair to say that many Japanese people are quite familiar with various aspects of Christian culture. Children have heard of Jesus, of course. But at school they also learn about people and events connected with the history and culture of Christianity, from Martin Luther and Dostoyevsky to Mother Teresa. Many adults are interested in Christian art and music, and take pleasure in visiting cathedrals and churches during their travels overseas. Christmas is a firmly established event on the calendar popular with people from all generations and backgrounds, and many couples choose to get married in a Christian-style wedding, even if they are not believers. Christian culture in general has a positive image.

At the same time, most Japanese people have little or no interest in the Christian faith per se. Again, they do not critically reject Christian teachings after thorough study; they are simply not interested and never bother to find out. Japan is home to numerous schools founded by missionaries and other Christians. According to one survey, as many as one in ten Japanese has attended a Christian school at some stage on their journey from kindergarten to college. Despite this exposure, the number of believers has remained stubbornly small. Japan’s tiny Christian population is made up of 60% Protestants and 40% Catholics, but many Japanese people would struggle to explain the difference or show much interest in understanding it. For most Japanese, their interest in Christianity is in a version of the faith that has been more or less stripped of its doctrinal content.

The Economic and Military Impact of Early Missionaries

Christianity was first preached in Japan in 1549, when Francis Xavier (1506–52) arrived with a group of missionaries in Kyūshū. They enjoyed considerable success in making converts, and the number of Christians increased dramatically in the early years. But within just 60 years of their arrival, the religion was outlawed. The ban continued for some 260 years, and during this period Christians were subjected to ruthless persecution and oppression, including torture and execution. There were numerous reasons why Christianity was repressed in Japan between the seventeenth and mid-nineteenth centuries. But the main reason was probably that Christianity in those days was not simply a religion, but a social and economic force with the potential to shake the foundations of Japanese politics and society.

The main driving force behind Christian proselytization in sixteenth-century Japan was the Society of Jesus. To help them continue their missionary activities efficiently and to support and expand the Christian community in Japan, the Jesuits were deeply involved in the “Nanban” trade between Japan and Europe. This involvement in economic activities brought huge profits to certain daimyō (feudal lords), but also involved the missionaries in the supply of weapons. The missionaries were not simply men of religion, but political figures with an important economic and military influence. They rapidly became a powerful faction that was impossible to ignore.

Some of these early missionaries seriously considered calling on Spanish and Portuguese forces to subdue Japan. In fact, there was probably never any serious plan in these countries for a military conquest of Japan, but there were more than a few missionaries who stressed the need for military strength to defend the church and its activities. It is not surprising that many people involved in running the country at the time felt mistrust and suspicion of the Christians.

The missionaries were also extremely intolerant of Japan’s existing religions, regarding Buddhism, for example, as a kind of heathen idol-worship propagated by the devil. They had no doubt that Christianity was the one true faith and that all other religions were misguided. Some missionaries encouraged Japanese Christians to set fire to Buddhist temples, and destroyed statues hidden by Buddhist priests inside caves. This can be confirmed by documents written by the missionaries themselves.

It is easy to get the impression from sources like Endō Shūsaku’s novel Silence, recently made into a film by Martin Scorsese, that the persecuted Christians were simply victims. But the violence was not all one-way. It was certainly not the case that Christianity was oppressed despite a wish on the part of the Christians to live peacefully alongside other religions. Today, in the twenty-first century, we tend to take it for granted that different religions should respect each other and live in harmony. But at the time of the early Christian missionaries in Japan, such thinking was not so common.

How Christianity Helped to “Teach” Japan to Modernize

When Christian missionary activities once more became possible in Japan following the lifting of the ban in the second half of the nineteenth century, large numbers of missionaries started to arrive in the country again—this time mostly Protestants. Japan at the time was living through a period of dizzying political change as the country hurried to modernize. What people wanted was to learn the scientific knowledge and languages of the outside world. Since the missionaries were eager to use education and language teaching as opportunities for proselytization, the needs of the two sides matched well. But for the Japanese at the time, Christianity was little more than a useful tool for modernizing and “civilizing” Japan. It was an aspect of Western culture, something foreign rather than something that could be made Japanese.

From around the end of the nineteenth century, the religion became known in Japanese as キリスト教 kirisutokyō, a newly coined translation from the English that replaced the previous term, kirishitan, a phonetic rendering of the Portuguese. A new set of Japanese translated terms was introduced: 教会 kyōkai for “church,” 宣教 senkyō for “mission,” and 殉教者 junkyōsha for “martyr.” The term 宗教 shūkyō became established as the normal Japanese word for “religion” around the same time. All these terms used the same kanji 教 kyō, meaning “teaching,” emphasizing the pedagogical, rather than doctrinal, aspects of religion. This fact is suggestive of what modern Japanese were looking for from Christianity and religion in general.

Some Japanese intellectuals at the time believed that Christianity had played a key role in inculcating moral values into Western societies and helping them develop into powerful, modern states. Many believed it would be a good idea for Japan to introduce the religion too, as a way of catching up with the West. Ōkuma Shigenobu (1838–1922), the founder of Waseda University, also valued Christianity as a means of moral education, though ultimately he did not regard it as anything more than a useful fiction. Japanese people wanted practical teachings that would help Japan to develop into a modern, civilized country, and this led to a strong tendency to regard Christianity from the limited perspective of education and public morality.

In fact, the relationship between the Japanese people and Christianity is still quite short. As I have already mentioned, the Jesuits came to Japan in 1549, and the ban on Christianity began just 60 years later, lasting for nearly 260 years. Protestants and Russian Orthodox Christians also started to enter Japan starting from the second half of the nineteenth century, but during the Russo-Japanese War and World War II, these “Western religions” came under pressure from official disapproval again. It is only since the enactment of the current Constitution following World War II that true freedom of religion has been guaranteed in Japan. In that sense, ordinary Japanese people have only been in contact with Christianity for around 150 years. Perhaps a wider-ranging, more comprehensive engagement with the religion still lies in the future.