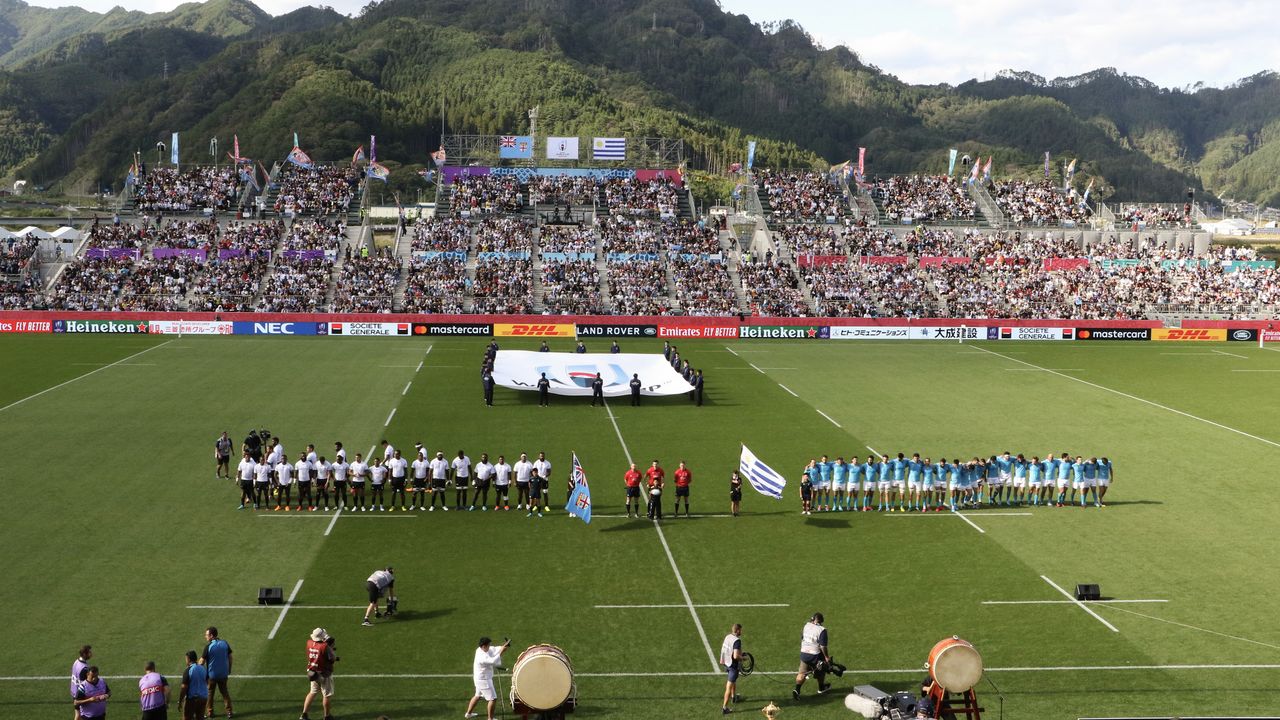 Legacy of the 2019 Rugby World Cup: Inspiration from Kamaishi

Sports Guide to Japan Dec 5, 2019
The success of the 2019 Rugby World Cup in Japan leaves a positive legacy for future events. Among the inspirational stories, Kamaishi in Iwate Prefecture stands out.

The 2019 Rugby World Cup Japan saw South Africa emerge from the ruck as world champions. Springbok members also took home the major prizes of the tournament. During the World Rugby Awards on November 3, Rassie Erasmus received Coach of the Year honors and flanker Pieter-Steph du Toit was named Player of the Year. Cheers rose up throughout the venue as the names of recipients were read out.

The loudest applause was for the announcement of the Award for Character, a prize recognizing the display of outstanding integrity. This year, it was awarded to one of the host cities, Kamaishi, for its shining example that enhanced the values of rugby. 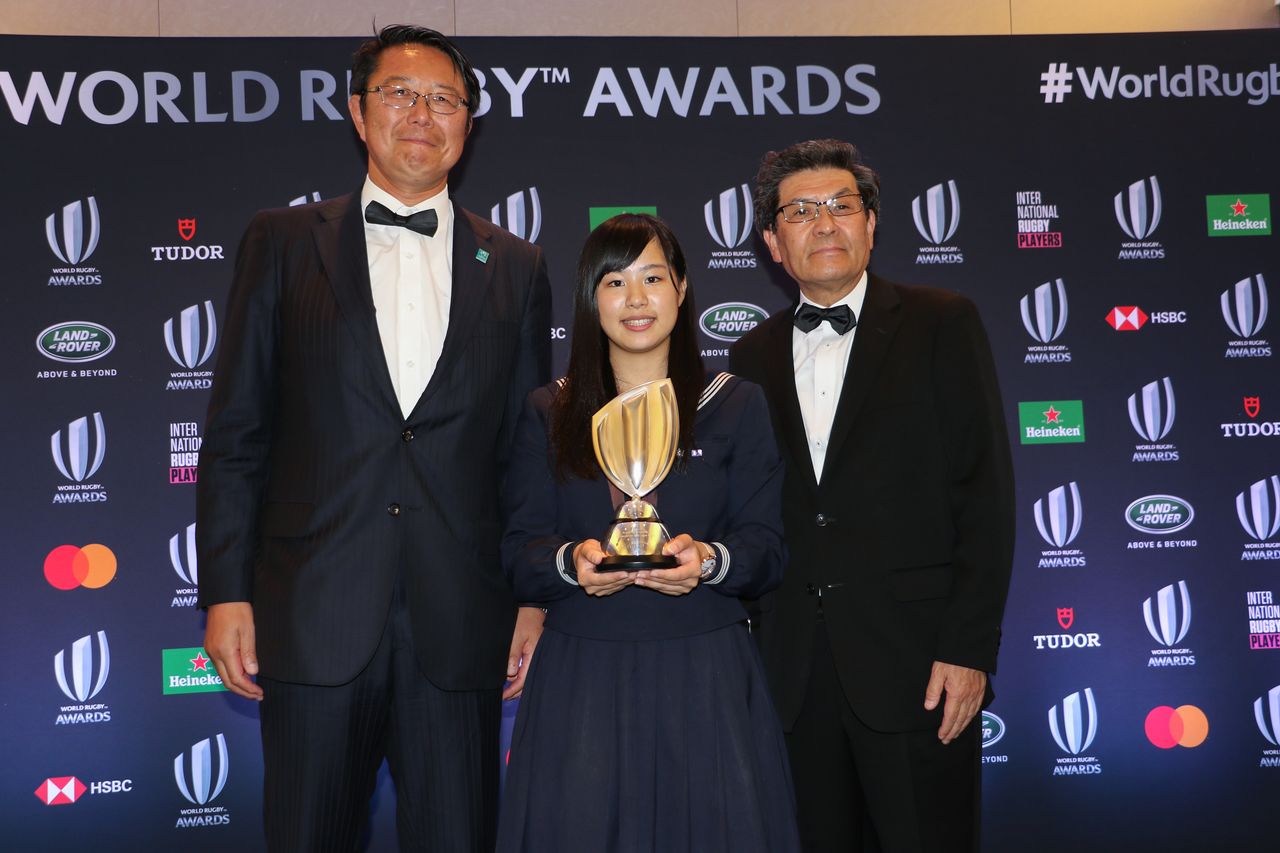 Kamaishi suffered widespread destruction in March 2011 when a massive tsunami triggered by the Great East Japan Earthquake engulfed the city. Some 1,000 of Kamaishi’s 30,000 residents were killed in the deluge. In the eight years since the catastrophe, citizens have tirelessly worked to rebuild their lives and communities, and many hoped the World Cup would demonstrate the city’s recovery from the unprecedented disaster.

Among the 12 venues that hosted matches, Kamaishi Unosumai Recovery Memorial Stadium was the only newly-built facility, constructed on the grounds of a former elementary school that was destroyed by the tsunami. The cozy stadium normally accommodates only 6,000 spectators, but a temporary stand was added for the World Cup, providing 10,000 extra seats. Two giant rental screens were also installed. It was the tournament’s smallest venue, and arguably its most remote, setting a three hours from Tokyo by on the Tōhoku Shinkansen and an additional two hours on the local Sanriku Railway.

A Town Welcomes the World

On September 25, 14,025 spectators converged on the stadium hosted and viewers around the world tuned in for a pool match between Fiji and Uruguay.

Local volunteers, joined by more from Sendai and Tokyo, welcomed the visitors with beaming smiles and high-fives. High school students from the area also got in on the action. Although unable to serve as official volunteers, one group made a YouTube video showing how to reach Unosumai Station, where the stadium is located, and another shared experiences of the 2011 disaster with visitors. 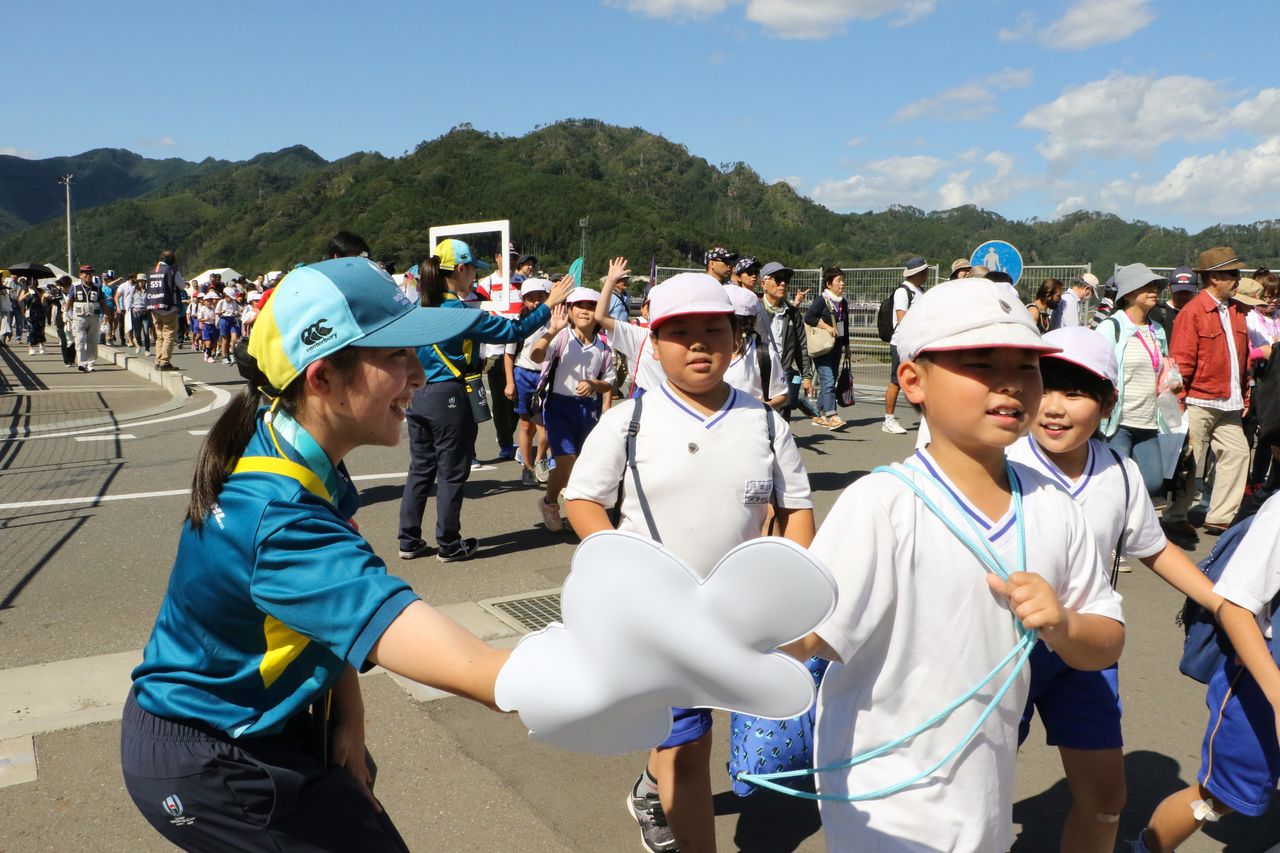 Volunteers welcome children with high-fives. Smiles were never in short supply during the event.

The sun shined bright on match day, perfect weather for displaying furaiki, the colorful fishing boat flags traditionally hoisted in the stands during games. Before wireless radio, fishing vessels displayed such banners as they headed home to port to notify family members and colleagues waiting ashore of a bountiful catch. They became a fixture at games in the years when the Nippon Steel Kamaishi won seven successive national titles starting in 1979, and were subsequently adopted as a symbol for the local World Cup efforts.

Before kick-off, 2,000 local elementary and junior high school students sang “Arigatō no Tegami” (Thank You Letter), a song composed to express gratitude for the disaster and recovery assistance the city had received from around the world. As the game got underway, the crowd loudly cheered the players on the field. 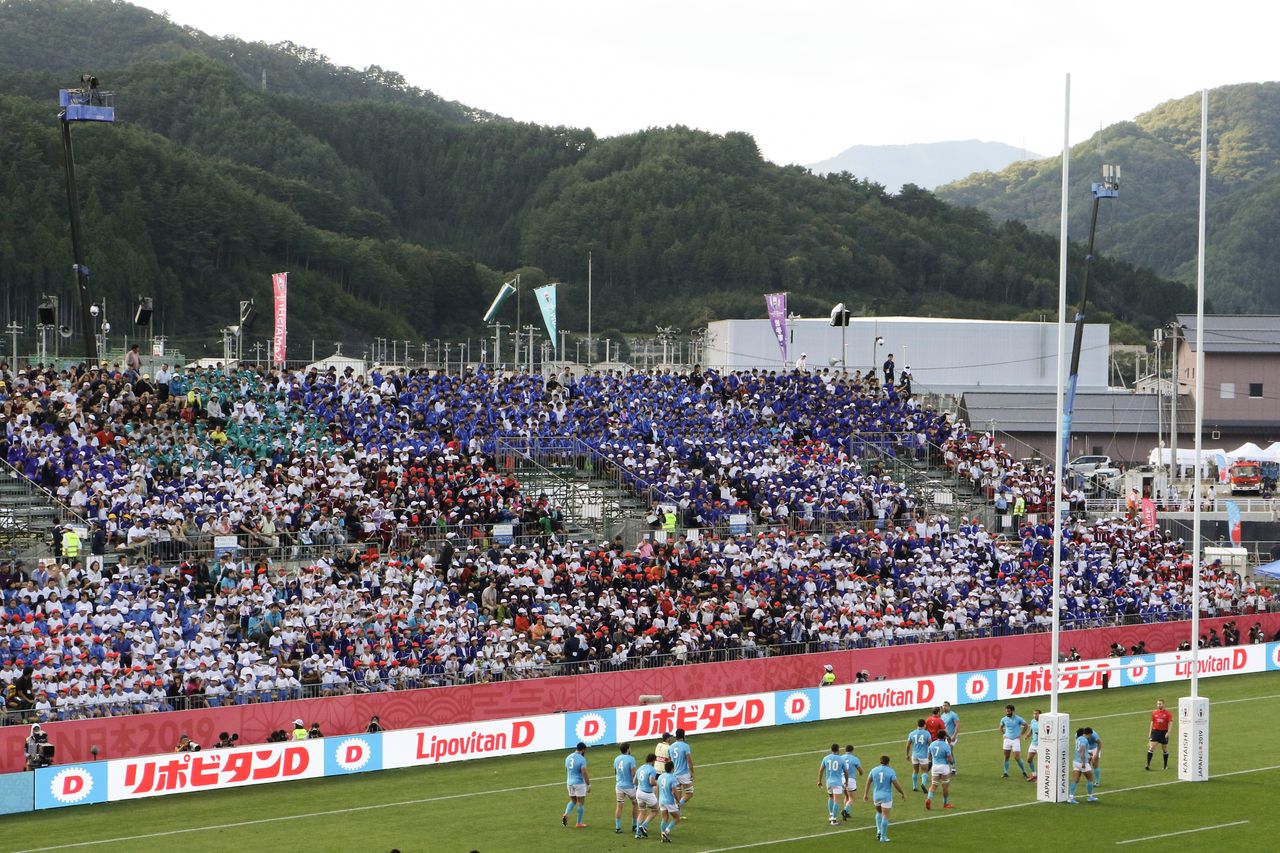 Students from local elementary and junior high schools cheer from the action from behind the goal posts.

Spectators were treated to a thrilling match. The Fijian team time and again marched down the field with magical pass work, but struggled against Uruguay’s ferocious tackling.

When the final whistle blew after 80 minutes of play, victory belonged to underdog Uruguay, the last of the 20 countries to qualify for the World Cup. The game provided the first upset of the competition. 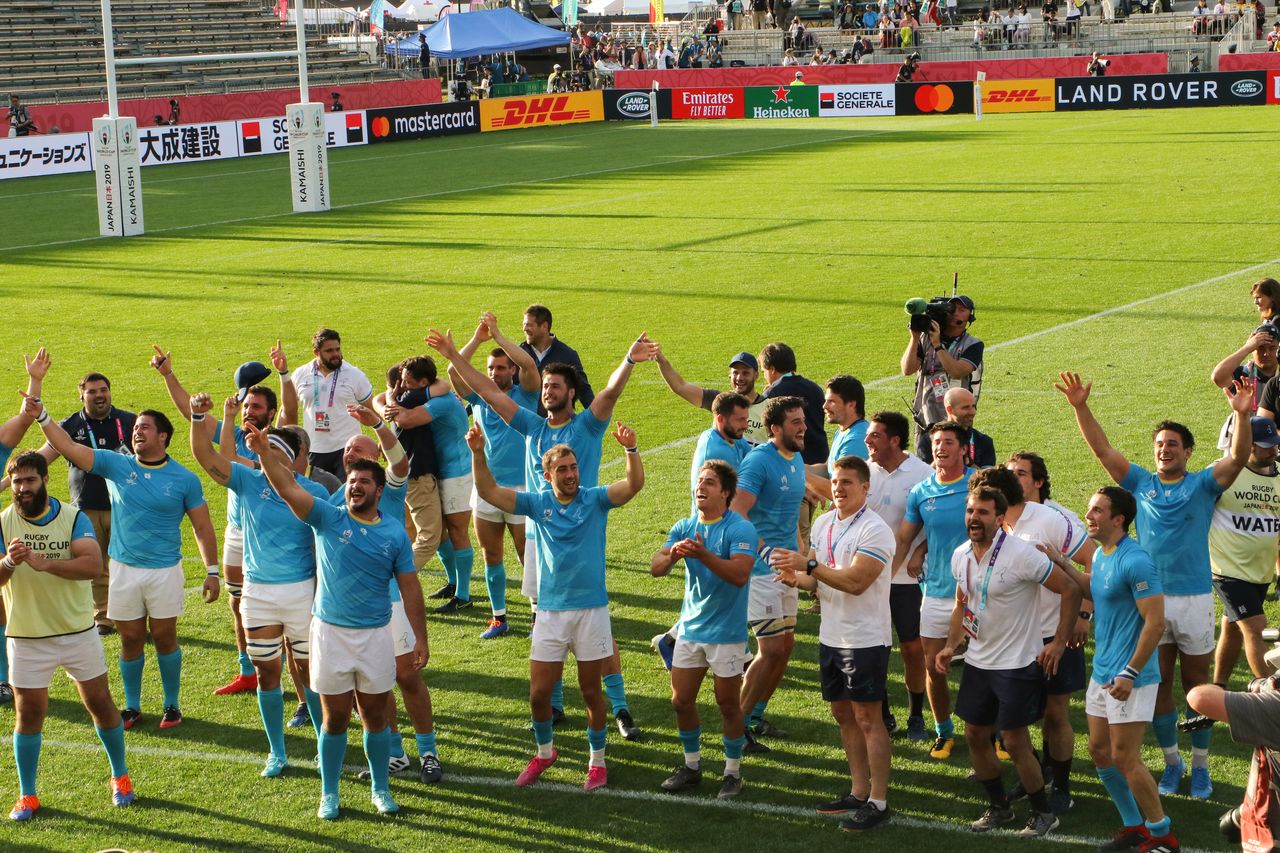 Agustín Pichot, World Rugby’s vice chairman, joined Japanese Crown Prince Fumihito, who served as honorary president of the tournament, in praising Kamaishi for symbolizing the spirit of the World Cup. Pichot lauded Kamaishi for displaying abundant love, stressing that it is something that the Rugby World Cup ought to do. He then went on to say that neither earthquake nor typhoon was been able to stop the World Cup and that all of Kamaishi demonstrated a strong desire to host the competition.

Two matches were scheduled in Kamaishi, but Typhoon Hagibis put a stop to the October 13 game between Namibia and Canada when the powerful storm made landfall, unleashing its destructive forces across eastern Japan. Planners hoped the storm would veer out to sea or quickly blow over, but as Hagibis bore down, the decision to cancel was made on the morning of the match.

This, however, was not the end of the story. Members of the Canadian team, who were staying in town, lent a hand in cleanup efforts in areas affected by flooding, volunteering to scoop mud and dispose of damaged furnishings. Social media lit up with praise for the burly players, who, denied the chance to demonstrate their prowess on the field, assisted the citizens of Kamaishi as they once again dug out from disaster.

The Namibian players staying in nearby Miyako also got in on the action by organizing an event for the local community the same day to provide moral support to those affected by the typhoon. 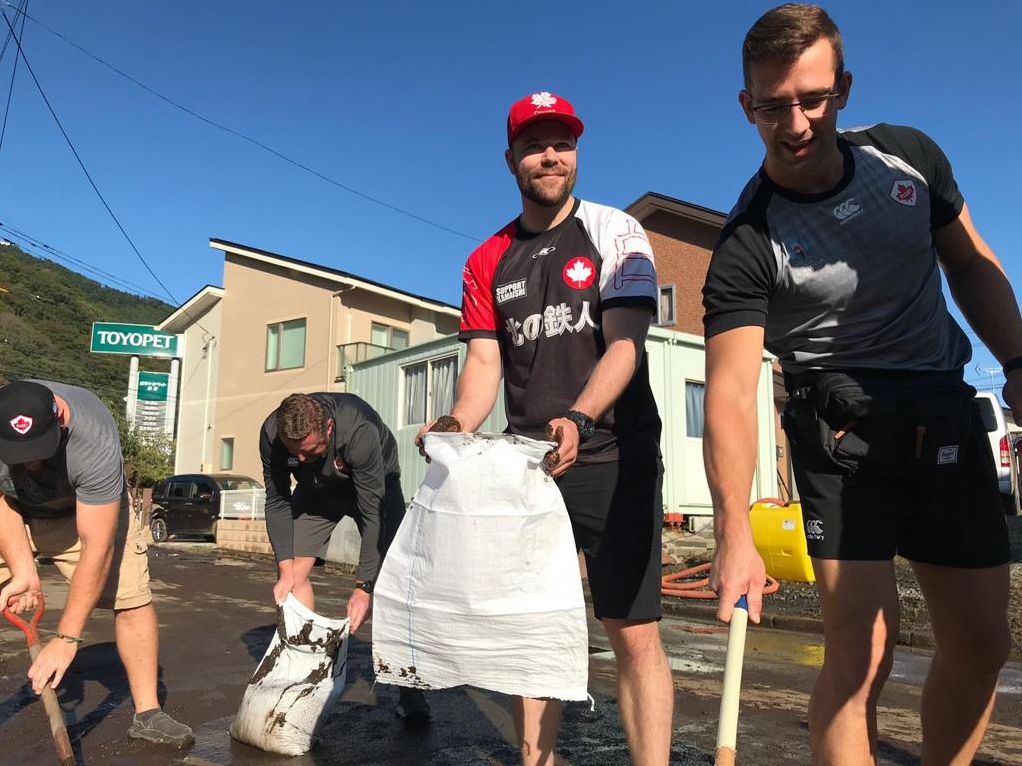 Horaguchi Rui, a senior at Kamaishi High School, echoed the feelings of the community when speaking at the World Rugby Awards she said that “although we were disappointed when the cancellation was announced, the volunteer efforts of the two teams greatly boosted the morale of locals.” She also expressed hope that the Canadian and Namibian teams would have the chance to return to Kamaishi to play.

Apparently, this idea was floated at a social gathering held for the Canadian team following their volunteer work. Pichot also voiced his support for the idea and said World Rugby would lend its support to make the rematch a reality. He then went on to praise the Canadian and Namibian teams for transcending their roles as rugby players through their admirable display of humanity.

Sakuraba Yoshihiko, general manager of Kamaishi Seawaves rugby union football club, also spoke of the pride felt in Kamaishi at hosting the World Cup, saying the games symbolized the solidarity of its citizens. In receiving the Award for Character, he expressed his hope that Kamaishi had in some way been able to help to enhance the value of rugby.

The hospitality of Kamaishi residents helped to draw out the strengths of the players, who answered in kind on the field of play and in the neighborhoods affected by the typhoon. The World Cup helped to share the appeal of the region with the world, as it did with all twelve Japanese host cities. But the inspiring story that unfolded in Kamaishi has come to represent the spirit of the 2019 Rugby World Cup in Japan.

(Originally published in Japanese. Banner photo: Fishing boat flags fly at the match between Fiji and Uruguay at Kamaishi Unosumai Recovery Memorial Stadium on September 25, 2019. All photos by Ōtomo Nobuhiko, unless otherwise noted.)