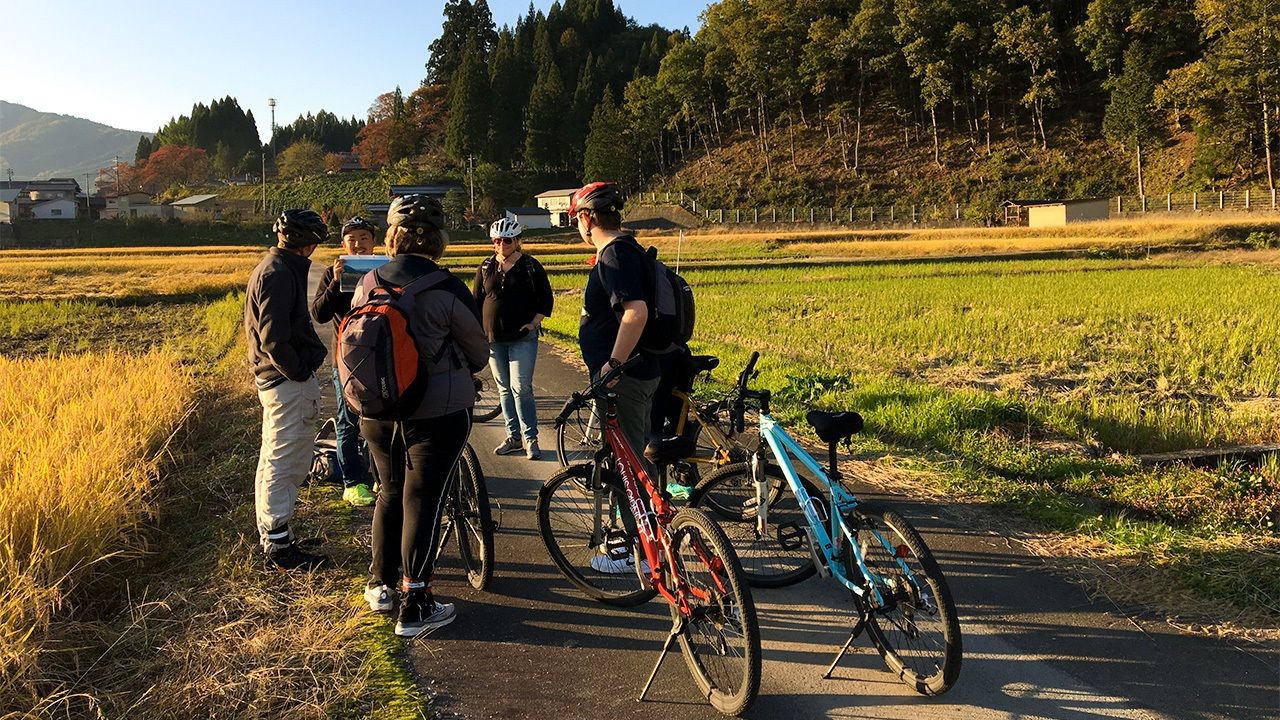 Economy Guide to Japan Global Exchange Lifestyle Travel Mar 13, 2020
The bulk of tourists to Japan take a so-called Golden Route: Tokyo, Hakone, Mount Fuji, Kyoto, and Osaka. But does this give a true taste of Japan’s real flavor? Hida-Furukawa is a small town that, while lacking famous tourist sites, aims to entice visitors to try ordinary Japan.

So says Yamada Taku, CEO of the tourism consulting firm Chura-boshi, which operates in the Furukawa district of Hida, Gifu Prefecture.

Cairns, in northeastern Australia, is known worldwide thanks to its proximity to two World Heritage sites—the Great Barrier Reef and the Wet Tropics of Queensland, where the tourist town Kuranda is located. But Hida-Furukawa is a municipality largely unknown even in Japan.

It is wedged between Takayama, recommended by the French travel guide Michelin, and the World Heritage destination of Shirakawa-gō, famed for its traditional homes with their steep thatched roofs. Overshadowed by its neighbors, Furukawa tends to be passed over by visitors to Japan. 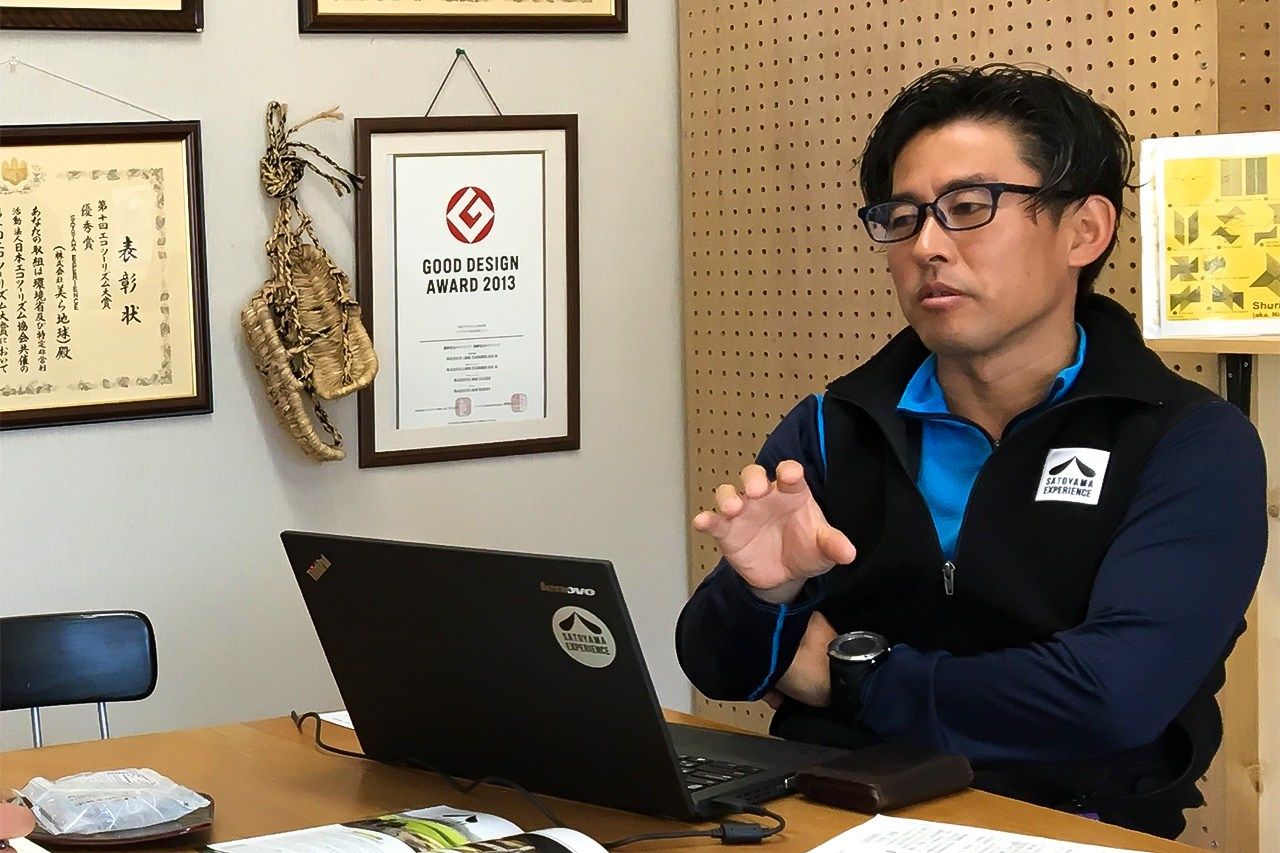 Why, then, has Yamada decided to make this rural spot the focus of his efforts? As he explains it, he aims to design “cool experiences” of rural Japan. At first glance, Japan’s countryside has nothing to offer, but he believes there is potential to attract tourists from around the world for a quintessential Japanese experience.

The Allure of Nothing 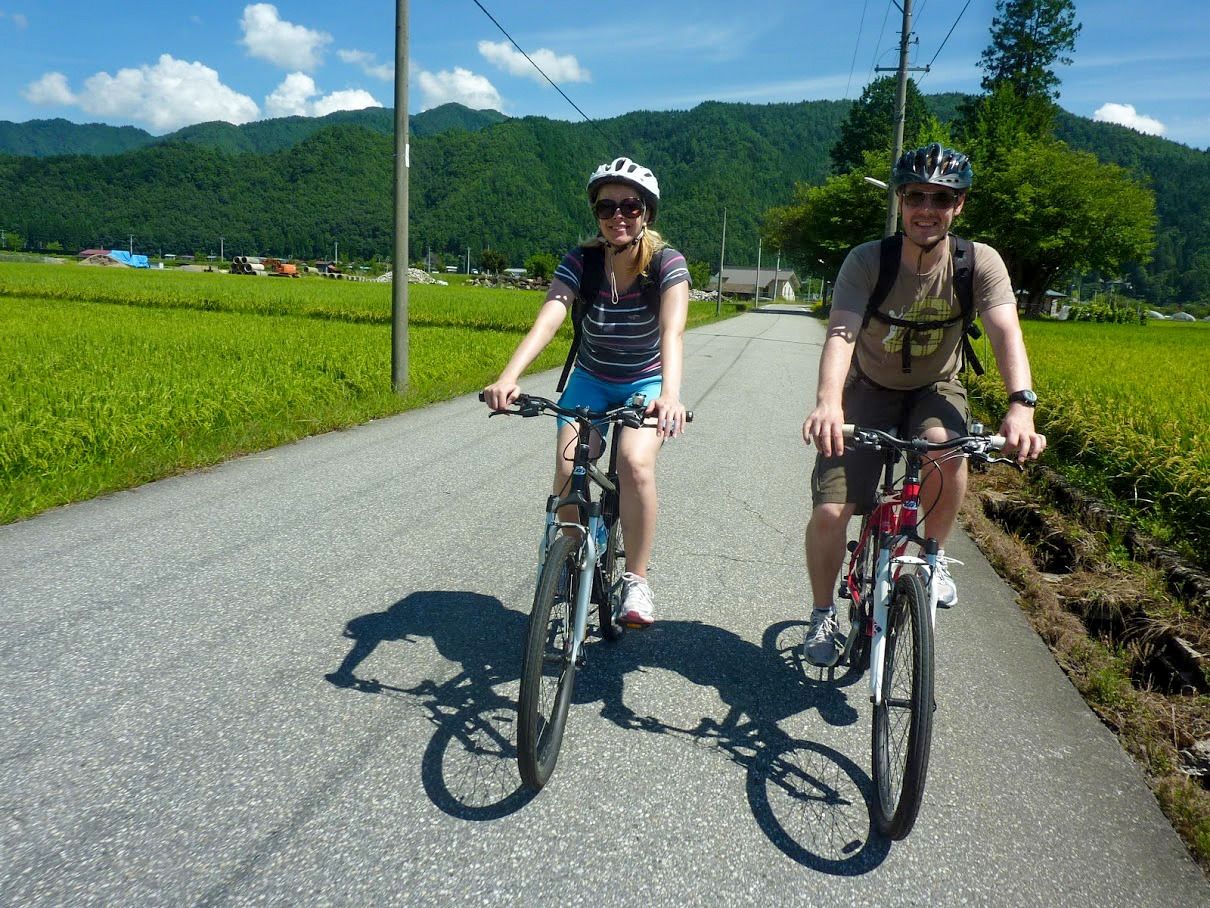 Foreign cyclists are now a common sight in the foothills of Furukawa. (Courtesy Hida Tourism Association)

Hida-Furukawa lacks heritage-listed castles and temples. There are no art galleries flaunting famous works. Instead, the Satoyama Cycling tour showcases Furukawa folk going about their daily routines. The tours have garnered over 900 reviews, mostly five-star, on the “word-of-mouth” travel website TripAdvisor. Many join the tour after reading about it on the site, and the cycle continues.

The allure of “nothing” as a selling point is based on Yamada’s personal experience. Born in Nara Prefecture, he was fascinated with other countries from a young age. After completing graduate school at Yokohama National University, he was employed by a US consulting firm. He had realized his dream of a job in the United States, and worked diligently while brushing up his English. But it kindled his appetite to see more of the world. He quit the company before turning 30 and set off traveling with his wife Shiho.

With just their backpacks, they journeyed for 525 days, mainly in South America and Africa. In South Africa, they joined a three-day trek, visiting remote villages on horseback, eating home-cooked meals prepared by villagers, and experiencing a night of traditional dance. There were no hotels, so the group pitched tents on the village outskirts. Despite a lack of notable tourist attractions, interacting with the locals and seeing their daily routines proved an exhilarating experience.

The couple also visited villages in the mountains of Belize, south of Mexico on the Caribbean coast. One hamlet had no electricity or running water, and only candlelight at night. Yamada remembered his time at the consulting company, where the office lights never dimmed, and most needs could be met with the flick of a switch. Yet, for him, the tortillas in the village, cooked on a wood-fire stove, were superior.

While still traveling, he resolved to move to the Japanese countryside.

After returning to Japan, the couple searched for a lifestyle in line with their new inspiration, but met with little success at first.

Then, in August 2006, a friend introduced Yamada to Murasaka Yūzō, manager of a printing company in Hida-Furukawa and former head of Furukawa’s tourist association, before its amalgamation into the city of Hida. He was well-known locally and involved in resident-led efforts to revitalize the community. Time seemed slower in Furukawa, with its picturesque streets and natural surroundings. It opened Yamada’s eyes to life in a satoyama environment, which blends carefully managed natural resources with the human homes built right next to them. He knew it was the place for him. 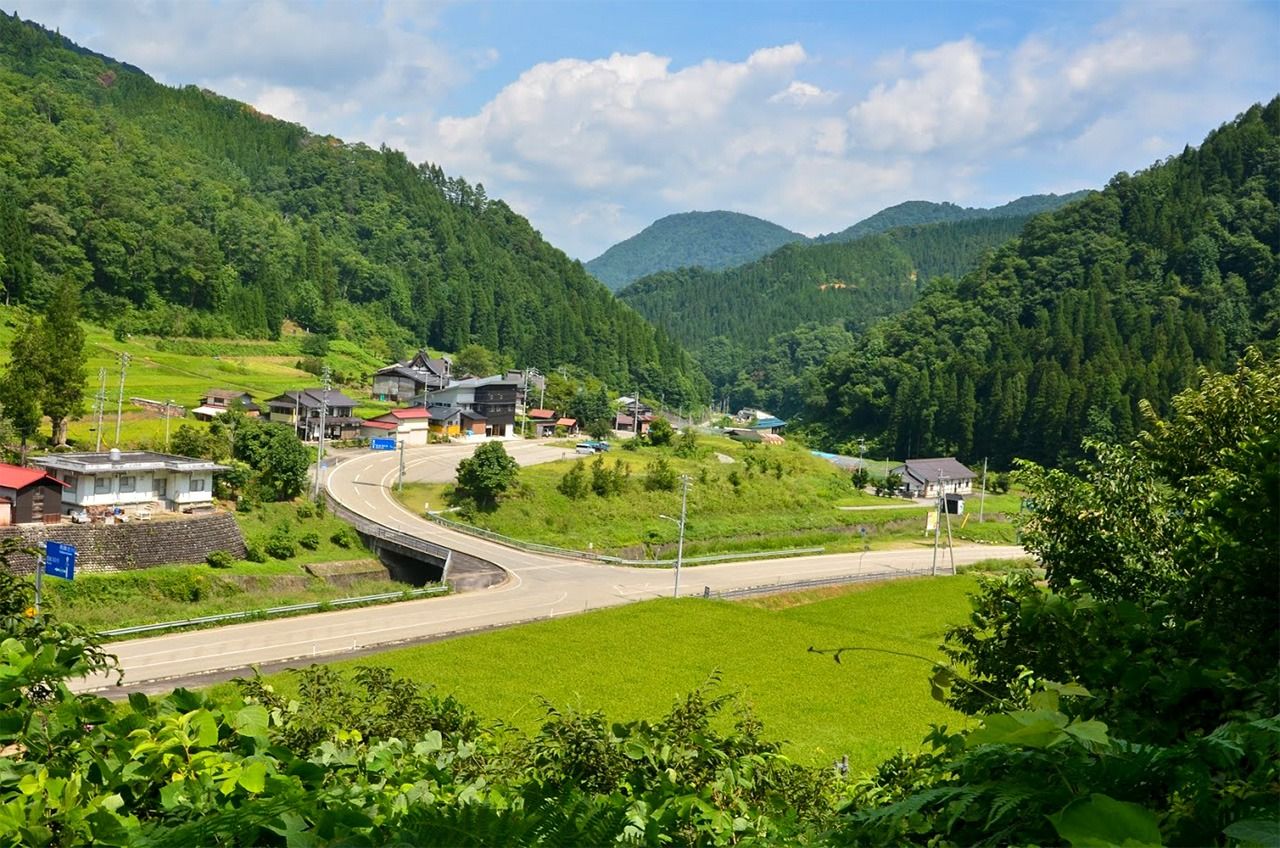 When he expressed his wish to move there, Murasaka’s response was blunt. “We’d love young folk like you to move here, and these summer days are fine enough, but life is tough in winter. You should look elsewhere. Goodbye.”

Yamada left, but Hida Furukawa stayed with him. He visited regularly without his wife, who was then pregnant. To live in Furukawa, he felt the need to win Murasaka’s acceptance.

Yamada suggested producing a guidebook to promote Hida to foreigners. He thought Murasaka, as a printing firm manager, would warm to the idea, but he spurned it. Disappointed, Yamada started back to his home in Kawasaki, Kanagawa Prefecture. Suddenly, he got a call. It was Murasaka. “I’ve been asked to head Hida’s tourism association. I refused, because I’m too old, but I could accept if you’d work as my advisor.”

Yamada strove earnestly to uncover Furukawa’s hidden appeal. But rather than try to entice sightseeing buses, he narrowed the target to travelers seeking to meet locals. In 2009, he launched Hida Satoyama Cycling tours. It started as a cycle rental, with just three bikes, and let tourists cycle by themselves with self-guided tour maps.

In Kyoto, this might be enough to run a business without guides on staff, but Hida attracts far fewer tourists. Sensing the need to offer added-value, Yamada introduced tour leaders.

I joined a tour with four visitors from the United States. At 2:00 pm, our group set off from a street lined with old white-walled warehouses and sake breweries, in a district with a grid layout harking back to its days as a castle town. Colorful carp idled the adjacent Seto River as it meandered through town, providing postcard-ready views. 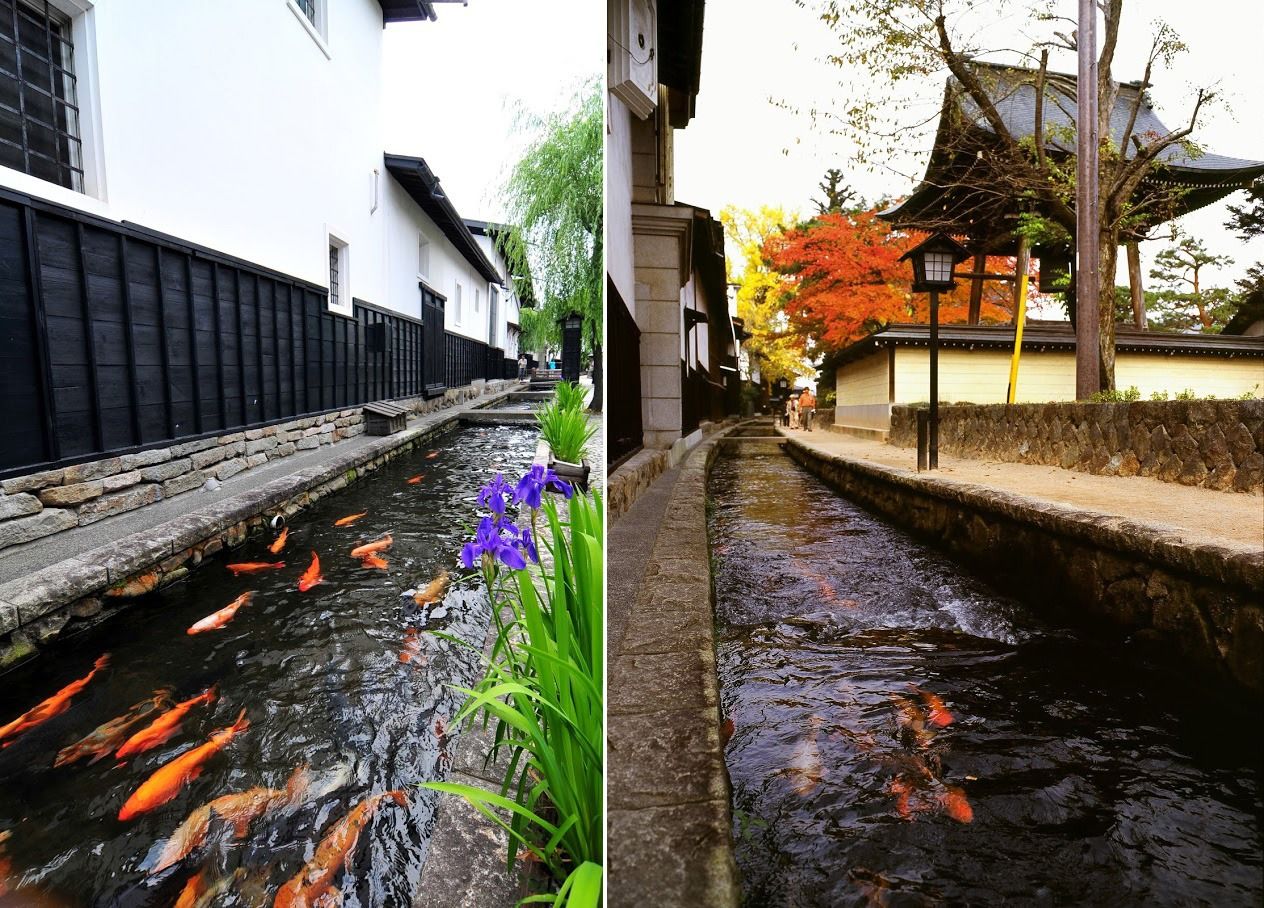 The Seto River is popular with visitors. Colored carp gleam like gems against a backdrop of whitewashed warehouse walls. (Courtesy Hida Tourism Association)

According to our guide, the location is popular with visitors, although the carp are not there for that reason. Initially, local residents wanted to beautify the river, and introduced 230 carp, hoping to discourage illegal dumping of waste. Now, around 1,000 carp inhabit the Seto and, over the years, resident volunteer groups have installed lanterns and feeders for them.

The Hida region is prone to heavy snowfalls, and during winter, plowed snow is flushed into the Seto River. The carp are therefore moved to a nearby pond from late November to early April. The volunteers help to relocate the carp, and the routine has come to symbolize the arrival of winter and the return of spring.

However, the cycling tour takes in more than just pretty streets—our interest was piqued with stops that introduced the lifestyle and customs of the locals. 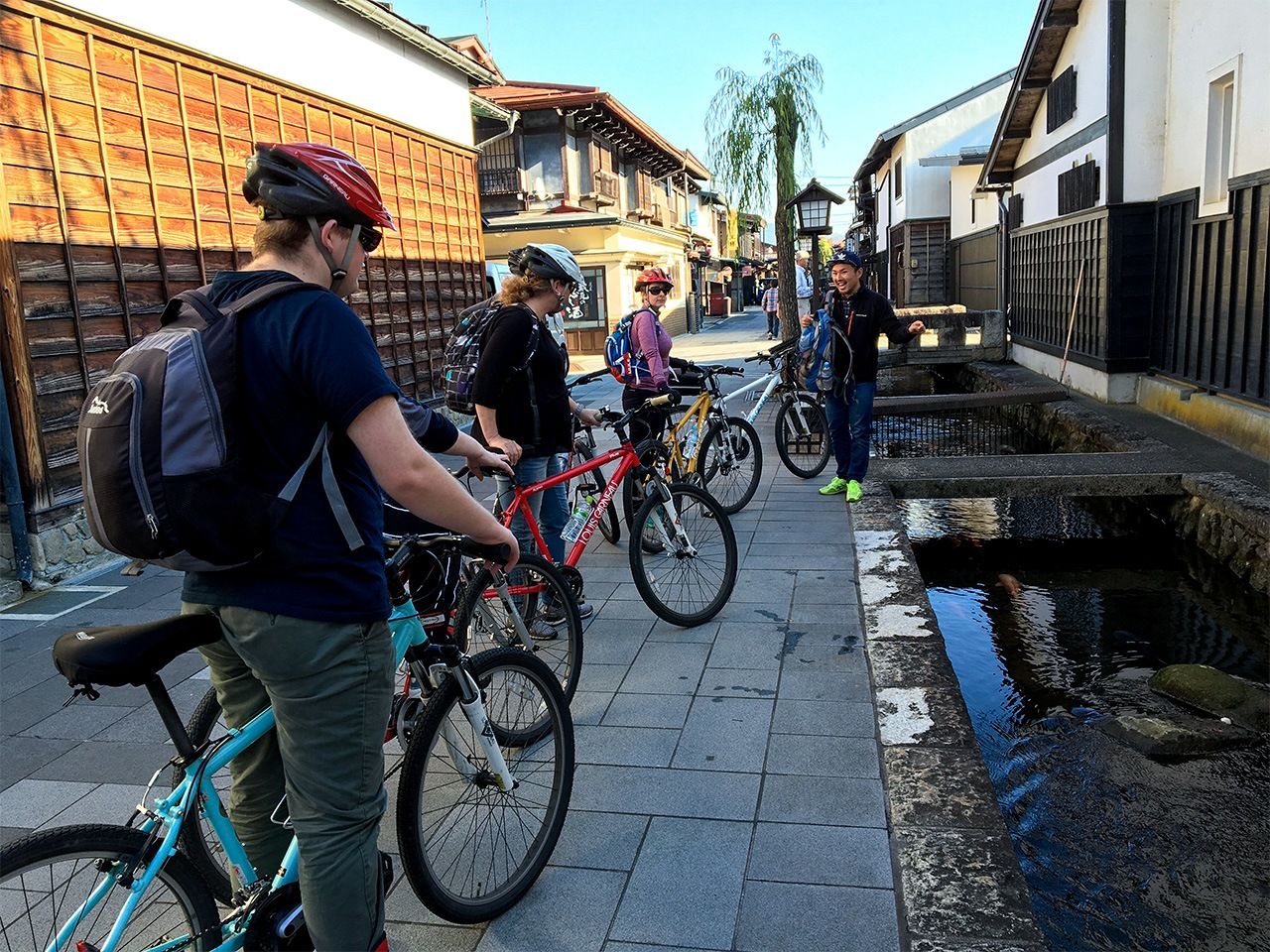 The guide describes the river and the townsfolk. (© Demachi Yuzuru)

As the guide was speaking, children toting randoseru backpacks passed by, heading home, watched over by chatty old women on the street. Such scenes were not created for tourists. Rather, we were enjoying a peep into everyday life.

Next, the guide pedaled ahead, leading us to the outskirts of town. A farmer in the field noticed the group, waved and greeted us with a friendly “Konnichiwa.” 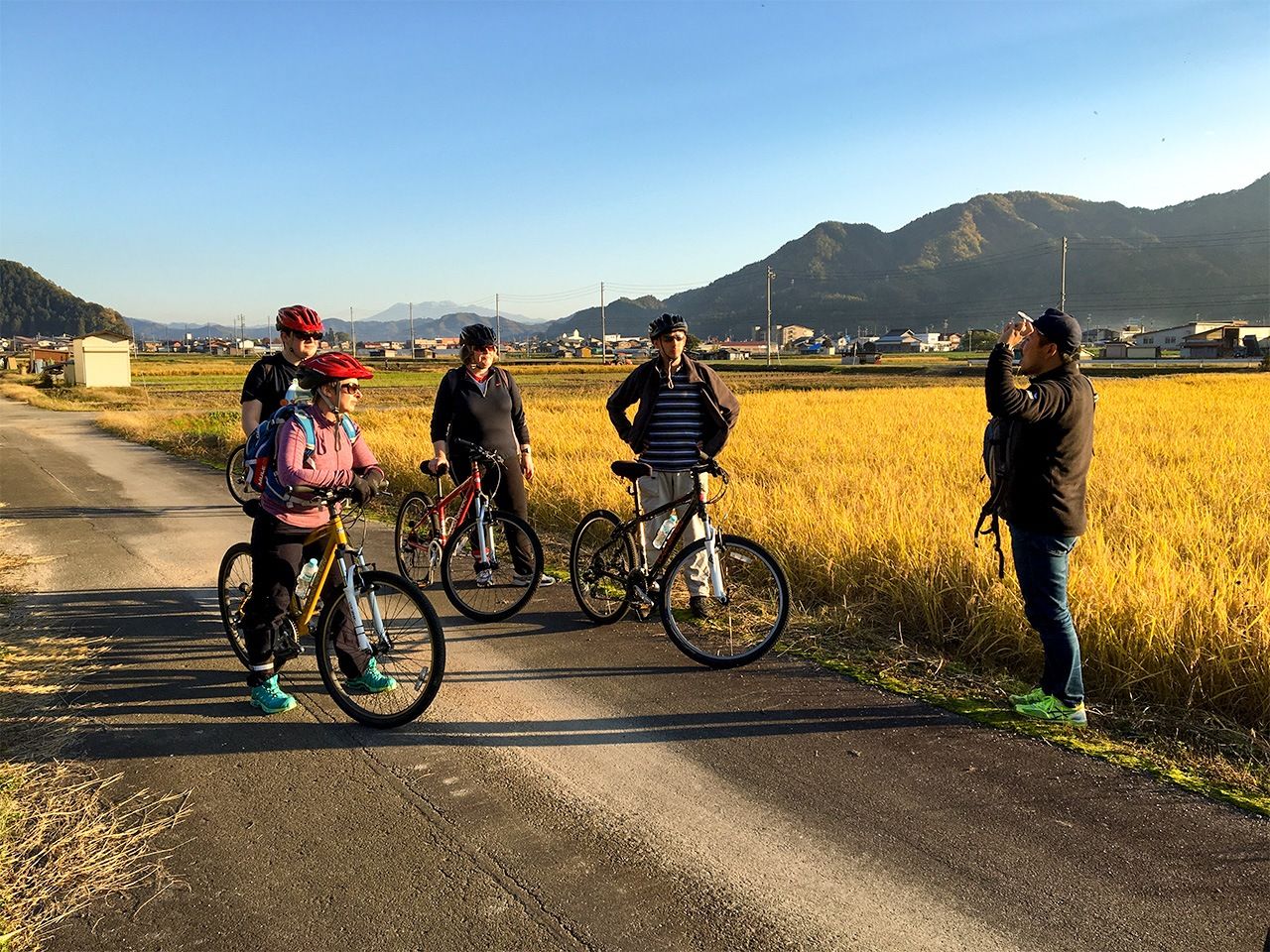 The cyclists dismount on a track between fields for more insights from the guide. (© Demachi Yuzuru)

Our group was thrilled when a passing farmer gave them each a fresh persimmon. We enjoyed interaction with townsfolk, with interpreting help from the guide. Later, we visited a barn to see Hida beef being reared. With Matsuzaka and Kobe beef now household names abroad, the Americans were keen to learn about the differences.

Most of Hida Satoyama Cycling’s guides have lived overseas and speak fluent English. They faithfully explain Hida life, traditions, and customs, even drawing pictures at times. The 3.5-hour standard course costs ¥8,100. Although it seems mundane to locals, the tour gives visitors from afar a close-up look at a style of Japanese life poles apart from Tokyo and Osaka.

Yamada says that all of Japan, not just Hida-Furukawa, is currently enjoying a global tourist boom. Yet he feels that golden opportunities are going to waste. He believes Japanese people can better utilize their sense of the seasons and nature, transforming local components into a highly marketable “product.”

The feedback on TripAdvisor speaks for itself: “Great scenery, great people, great guide!”

To impress tourists from abroad, it is important that residents actively share their hometown pride. An atmosphere of regional vitality is the greatest tourism resource. A lack of famous temples or national parks is no obstacle.

Familiar daily life can be the greatest drawcard for foreign tourists. With insights from Hida-Furukawa, seemingly mundane towns could realize untapped potential.