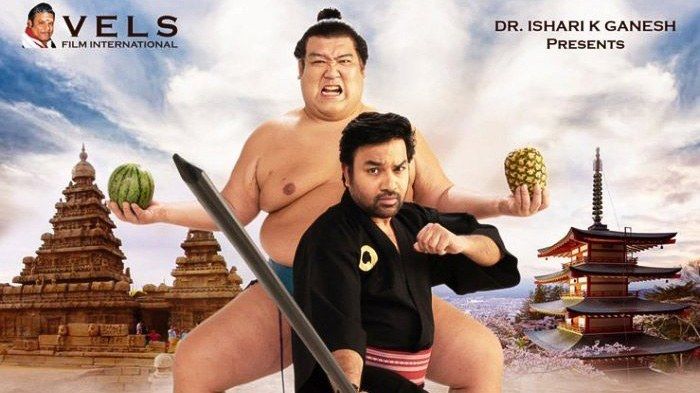 Former sumō wrestler Tashiro Yoshinori is no stranger to the spotlight. Known as Tōōyama in the ring, he rose to the upper ranks of the makushita, the sport’s third division, and was an attendant for leading wrestler Tochiazuma, who made it to the second-highest rank in the sport, ōzeki. Since retiring in 2007, he has continued his attachment to sumō, including stints as a rikishi model in publications like fashion magazine Vogue, where he appeared alongside supermodel Karlie Kloss.

In early 2019, Tashiro says a one-of-a-kind offer showed up in his inbox. The email, sent by the Indian head of a Japan-based company with Indo-Japanese business ties, explained that a film production crew from India was in town and wanted to talk with him about a movie idea, one that might include a starring role for the retired wrestler. After a quick phone call, Tashiro met the film team at his Tokyo office. 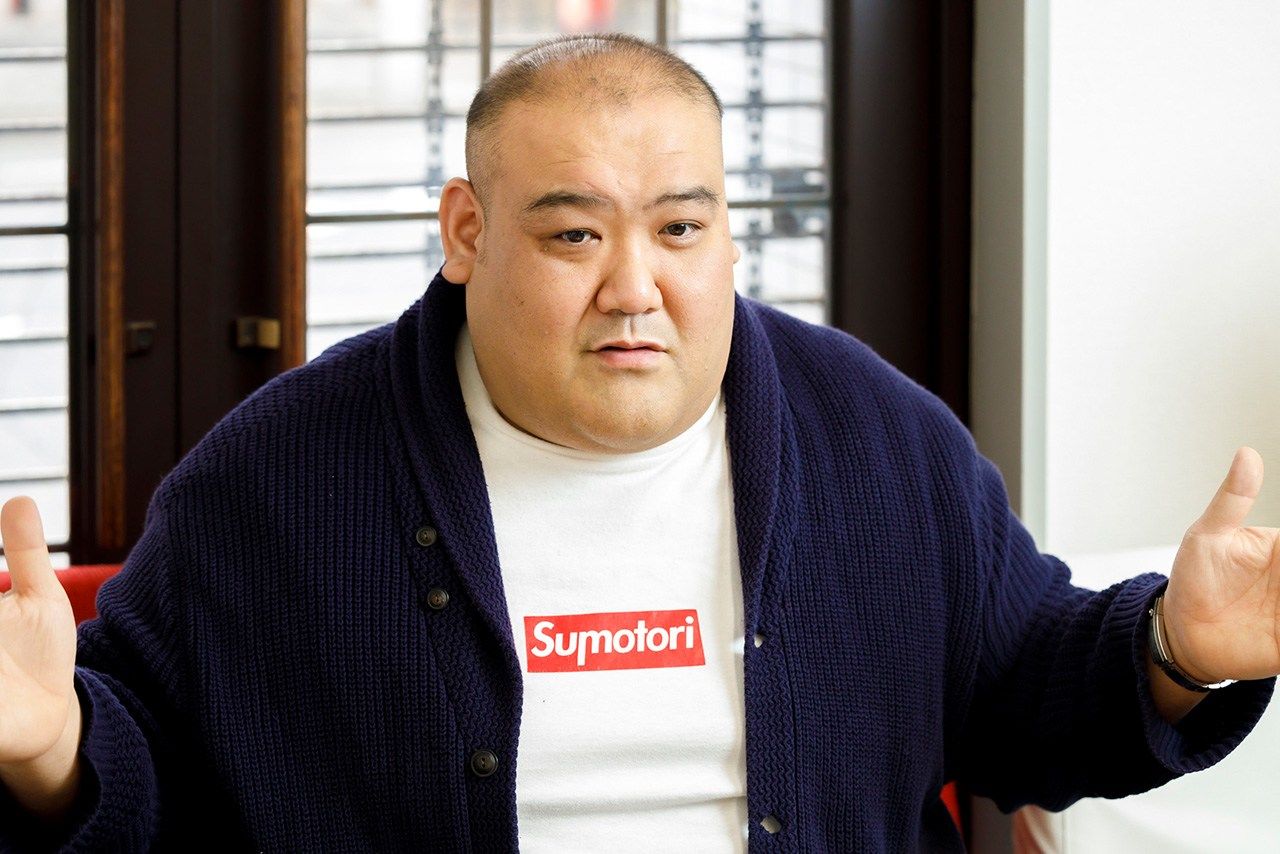 Tashiro Yoshinori made his film debut in the Tamil-language movie Sumo.

The meeting was conducted in a mixture of rapid-fire Tamil, the dominant language of southern India, and English, and Tashiro admits he struggled to get even the slightest gist of what was being said. When asked if he would book a studio for a photo shoot, he tentatively went along, hopeful it would lead to a discussion about pay. At the studio, he obligingly suited up in his mawashi and other sumō gear to pose with cast members, telling himself that the session must be a sort of screen test. It turns out the photographs were for promotional purposes. 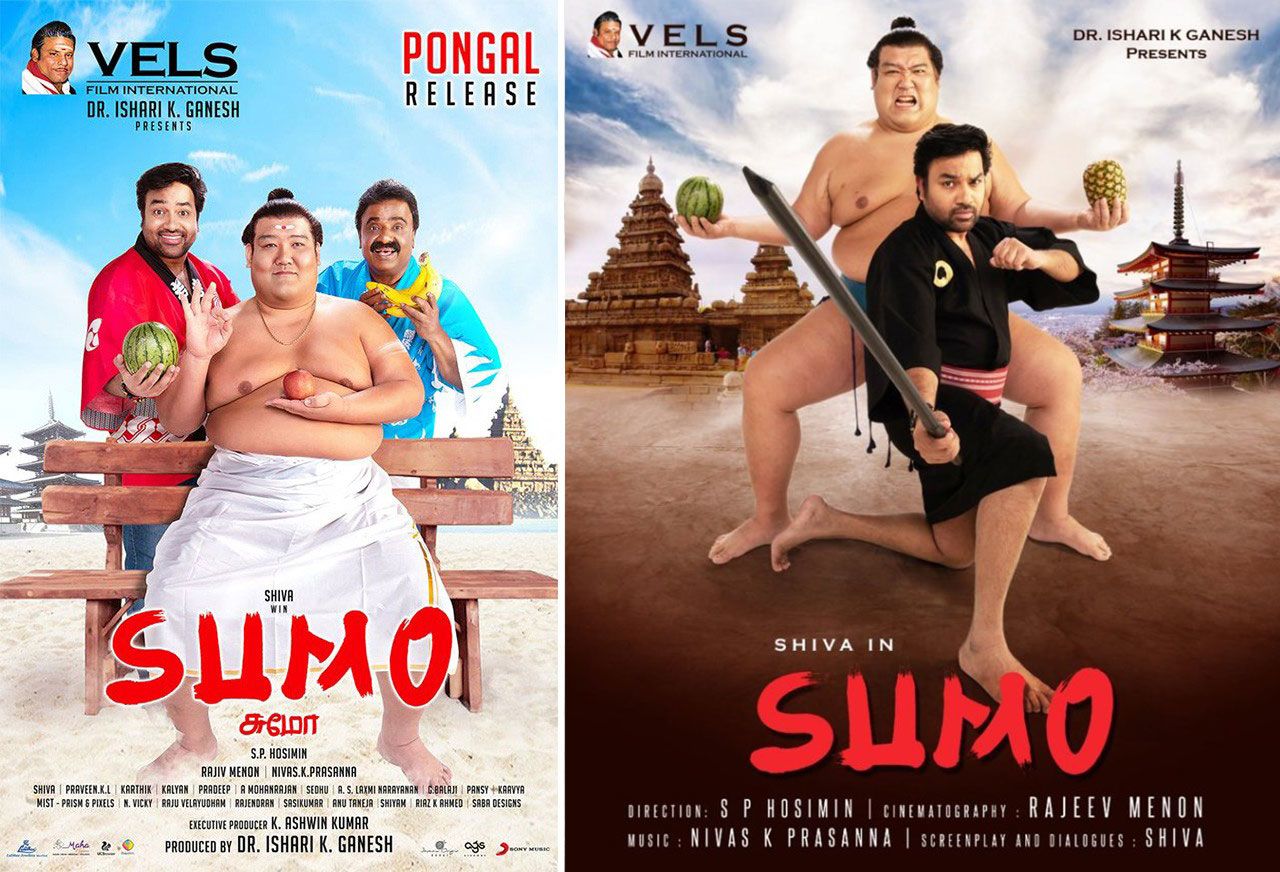 Tashiro was impressed at the speedy way his Indian associates did business, exclaiming: “I hadn’t agreed to anything and they were already shooting pictures for the movie poster.” Tashiro pushed for more than a verbal agreement, though, negotiating even as the production team pushed the project forward at a blistering pace. He eventually got his contract, which he signed one day before shooting for the film, a comedy titled Sumo, got underway.

The simple but outlandish story of Sumo follows the unlikely friendship of an Indian surfer and a Japanese sumō champion who washes up on the beach in southern India. The wrestler, having lost his memory, enlists the help of a colorful cast of locals to help him return to Japan. Back home, he overcomes a host of trials, including a gratuitous confrontation with Japan’s infamous gangsters. Aided by his new surfer buddy, he battles his way back to the top of his sport.

Tashiro says he had only a basic understanding of the storyline—he received a one-page plot summary written in Japanese in lieu of a script—but he made certain before signing on to the project that the director, S. P. Hosimin, would portray sumō favorably. “I never take work that depicts wrestlers as crooked or unsavory characters,” he declares. Once confident the sport would be dealt with respectfully, he happily accepted the role.

Filming got underway in June 2019 in Toyama Prefecture with a star-studded cast that included big names in Indian cinema like the comedian Shiva and the actress and model Priya Anand. Tashiro traveled from Tokyo for the first day of shooting and recalls wryly that the set was relaxed by Japanese standards. He recounts that filming was scheduled to start at nine in the morning, but that late-arriving crew members meant that cameras did not begin rolling until two in the afternoon.

Instead of scoffing at his foreign coworkers’ easy-going regard for schedules, during the month and a half of filming Tashiro came to view their approach as a breath of fresh air from the robotlike punctuality of Japan. In fact, he came to regard it not as a social quirk, but as a driving force behind India’s growing economic vigor. “Japanese prefer things to be done in a set, unchanging way,” he proclaims. “However, this has led to stagnation. By comparison, I found Indians to be incredibly sharp, resourceful, and buzzing with energy. India is a massive country with unlimited potential for shaking up the world.”

There are numbers to back up Tashiro’s assertions. According to the Japan Center for Economic Research, India’s gross domestic product, while currently only half of Japan’s, is rapidly gaining ground, putting the Indian economy on track to overtake Japan as the world’s third largest by 2029.

Sumo is Tashiro’s first foray into the world of cinema, and on set he was surprised to find that scenes unfolded with next to no directing. He says he closely watched his costars for hints and quickly learned he could get on-screen laughs by imitating their gestures. There were also moments of culture shock, such as having male crew members ignore his interpreter because she was a woman.

The Japanese film industry has enjoyed something of a comeback over the last few years, with the steady uptick in moviegoers pushing box office revenue to new highs. However, Tashiro says there is no comparison to the huge sway that Indian films have over that society.

Tashiro remarks that the film crew took a no-nonsense approach to their work. While on location in the south of India, he looked on in amazement as staff setting up scenes yelled at people to ”be quiet” and “get out of the way,” unconcerned whether the offenders were gawking onlookers or locals going about their business. At times the team would even go as far as to block traffic. On the other hand, if background actors were needed, a quick announcement blasted over a loudspeaker would draw a crowd of hopefuls, assuring the director his pick of extras.

Tashiro attributed much of the crew’s swagger to the cultural and financial might of the film industry. When visiting the home of one wealthy Sumo backer, he recalls counting upward of 10 luxury cars in the driveway, something unheard of in Japan. He also notes that top stars like Salman Khan earn massive salaries, even by Hollywood standards, and are revered cultural icons. 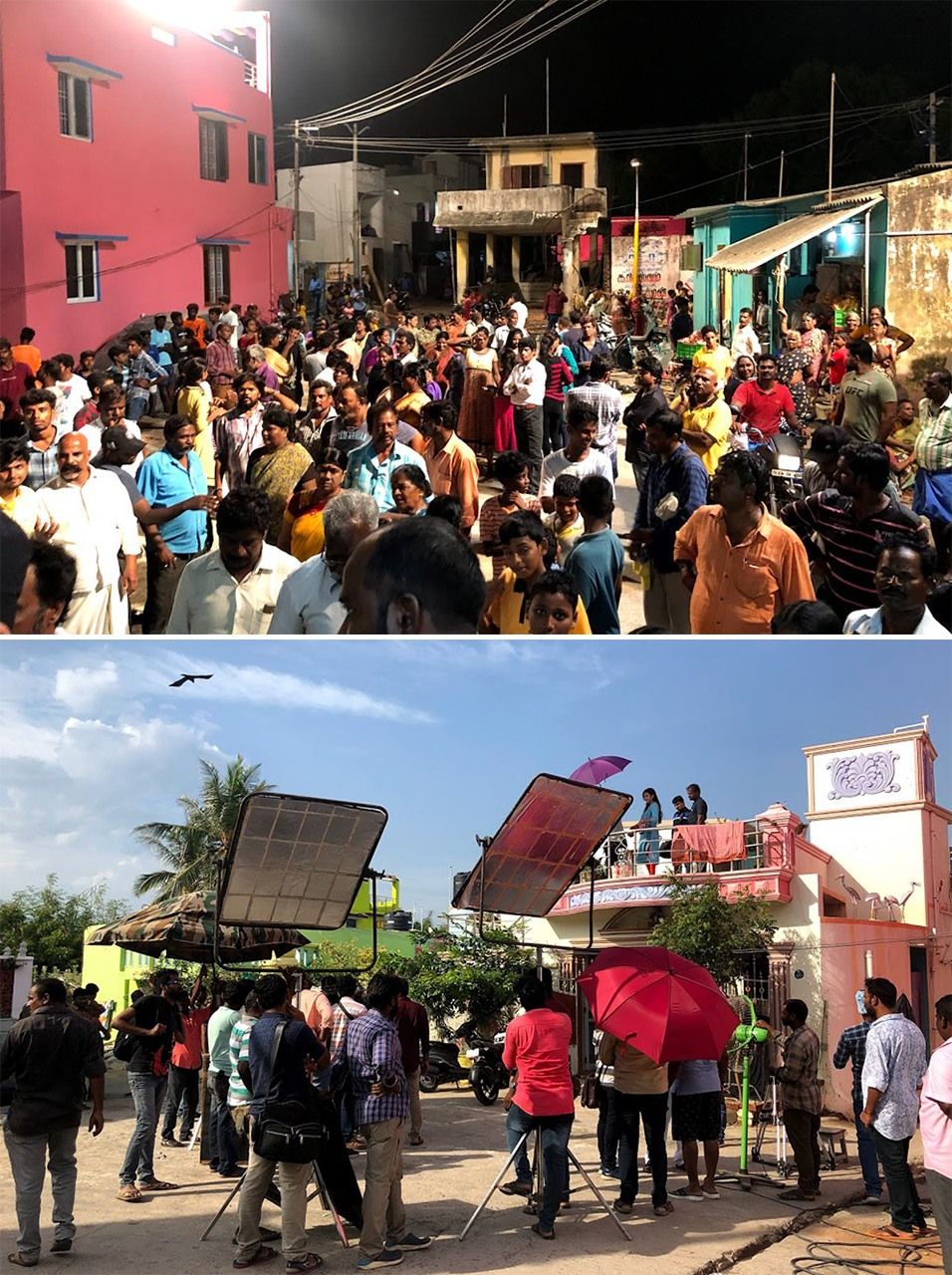 Large crowds of extras gather for outdoor scenes during the filming of Sumo. (© Tashiro Yoshinori)

Tashiro explains that superstars of the caliber of Khan, his costar in a recent Indian television commercial for men’s underwear, draw fans in numbers that are unfathomable in Japan. ”When a movie opens, some large, multiscreen complexes will show just that one film for two or three months straight,” he explains. “What’s even more incredible is that all the screenings—eighty or more a day—will be at full capacity, with diehard fans packing in to watch the film again and again.”

Although the prolific output of India’s film industry has largely focused on domestic viewers, recent releases have struck a chord with international audiences. One such hit in Japan was Baahubali, a two-part action-adventure series set in ancient India. According to Matsumoto Tsukuru of Japanese movie distributing company Twin, the films, released in 2015 and 2017 in India, captivated audiences in ways never seen before. “People completely gave themselves over to the narrative,” he says. “In Japan, there were people shaking tambourines and waving glowsticks as they cheered the hero on,” something he asserts is atypical behavior for Japanese movie buffs. However, such enthusiasm helped draw broader attention to Indian films and paved the way for later hits.

Learning from an Asian Neighbor

Tashiro says his performance in Sumo has led to roles in other international films.

Sumo was scheduled to hit theaters in India in January 2020, but Tashiro is still unsure whether the movie was actually released in its home market. He has been in touch with staff, who with familiar nonchalance assured him that the situation was in hand. He admits he is not concerned and puts his faith in the Indian way of getting things done.

In fact, Tashiro thinks Japan can learn from India. “There is very little about Japanese society today that motivates people. Even young men and women, who should be overflowing with energy and new ideas, are content to take a backseat through life. Unless Japan can jump-start its drive, we won’t stand a chance against the Indian juggernaut.” Taking his own words to heart, Tashiro has begun studying English to give himself a leg up in his career. “Just like in sumō, you have to work hard if you want to step into the ring.”