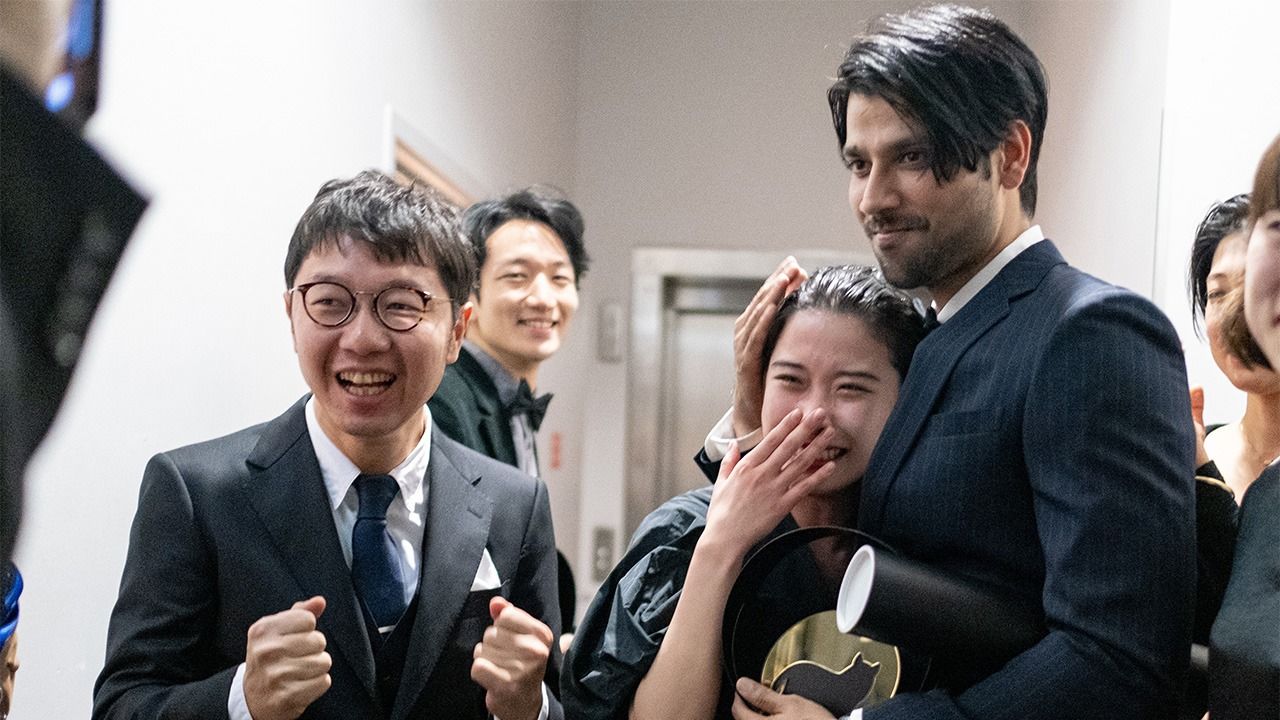 An Indian Filmmaker Brings a Unique Perspective to Japanese Cinema

Entertainment Culture Cinema Jun 18, 2020
The Indian director Anshul Chauhan has shot two feature films in Japan. His first, Bad Poetry Tokyo, won the award for Best Narrative Feature Film at the 2018 Brussels Independent Film Festival. His second, Kontora, was the first Japanese release to win the Grand Prix for the Best Film and the Award for Best Music at the Tallinn Black Nights Film Festival. Chauhan discusses his experiences filming in Japan.

The Background to Bad Poetry Tokyo

Filmmaker Anshul Chauhan, born in 1986, had never watched an entire movie until he was 20. His father, a strict military man, stressed study over recreation. Coming from such a family, Chauhan was schooled at a military academy.

But he did not see his future in the military, and chose to attend a regular university, where he studied geography. During that time, influenced by his favorite anime, such as Naruto, he grew curious about Japanese history and developed an interest in animation. After graduating, he worked as an animator in India and was later employed by a Japanese animation studio.

Chauhan moved to Japan in September 2011, just six months after the Great East Japan Earthquake, despite opposition from those around him. He had never experienced an earthquake in India, and was terrified when one occurred on the day he arrived. Although he enjoyed working at the Japanese company, he also wanted to try making his own films. He went back to India to start shooting independently, with no intention to return to Japan. However, when it was finished, he lost the entire film due to a faulty hard disk. In despair, he resolved to move back to Japan, where he embarked on a new feature film, the 2018 Bad Poetry Tokyo.

In Bad Poetry Tokyo, the lead character, Jun, moves to Tokyo with dreams of being an actress. Instead, she becomes a hostess in a bar. She is betrayed by her lover, who works at the bar, and her face is disfigured in an attack that he orchestrates. Disenchanted, she retreats to her family home. There, Jun finds that her mother is mysteriously missing, so she moves in with her father, despite their sour relationship. She finds comfort in a rekindled friendship, but is enveloped in disquiet, alluded to in the Japanese title, and her strained relationships are set on a collision course. 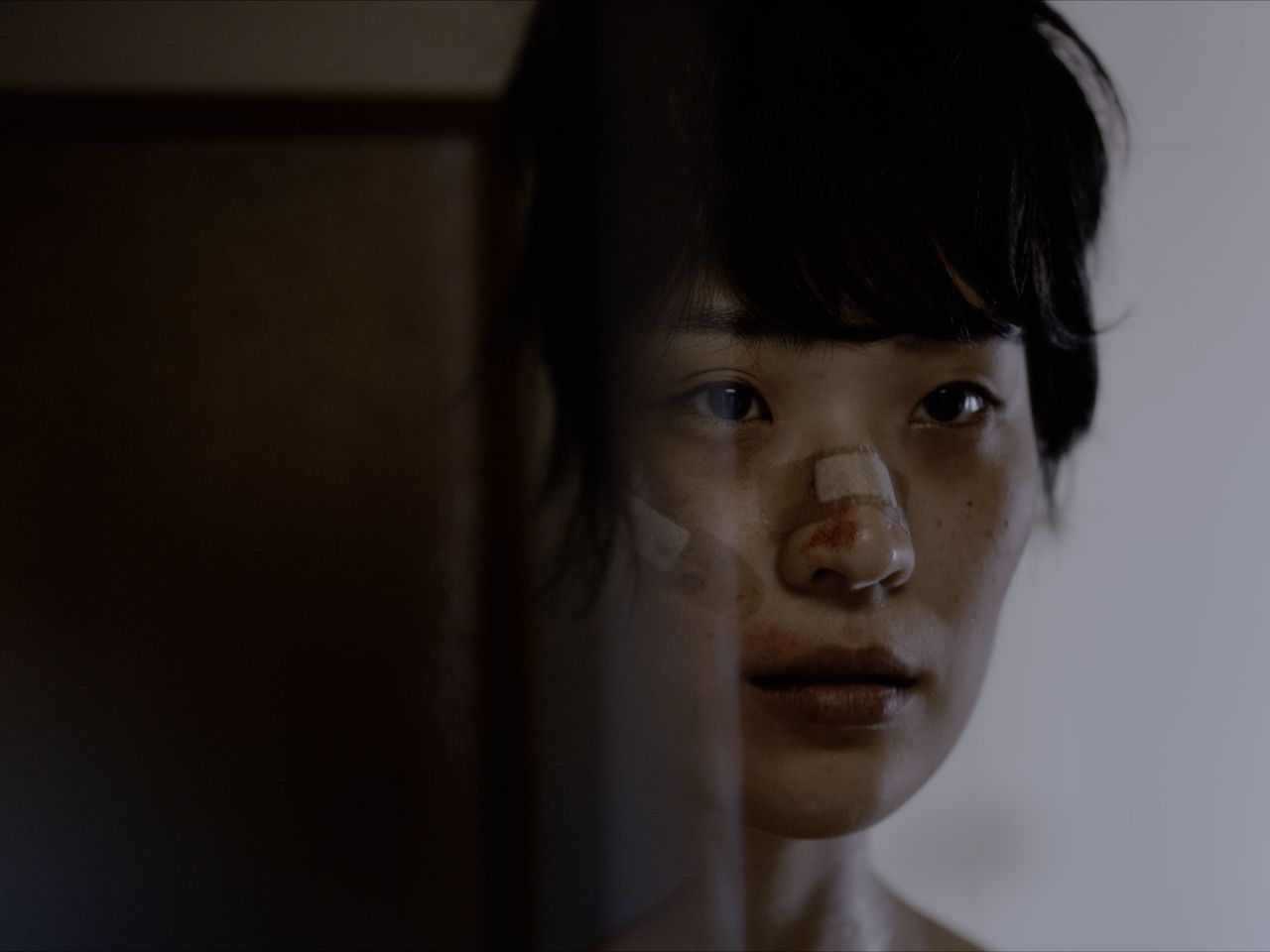 According to Chauhan, “The story is not specific to Japan—it has universal themes. I’m not trying to depict Japanese society. Although I came to Japan and shot here, Japan is just the backdrop—the film is a collation of my ideas at that time. Because I’d never studied at film school, this was my apprenticeship.”

But when the film was shown in theaters, people questioned the accuracy of the Indian director’s portrayal of Japanese society. As he says: “People held preconceptions about the film because I’m not Japanese. The violence inflicted on the female lead also attracted much attention, and people said this was how an Indian director perceived Japan. The more realistic the drama, the more critical people are. It was also the case with Koreeda Hirokazu’s Shoplifters. Criticizing a documentary for being unrealistic is legitimate, but this is irrelevant with fiction. No one measures a zombie film by such a yardstick.”

Criticism was also leveled at the film for being “un-Japanese.”

“In contemporary Japanese films, the acting typically feels exaggerated—to me, it seems unnatural,” Chauhan retorts. “I’ve never seen such emotional displays from Japanese people in real life. If I’d made my films in that manner, they might be seen as conventional Japanese films. I’m very conscious of this during filming, and I direct the actors to strive for greater naturalness.”

Young Japanese Have No Interest in the War

His second film, the 2019 Kontora, begins with the death of the protagonist Sora’s grandfather in military service during World War II. Sora, a high school student, discovers and reads her deceased grandfather’s wartime diary, prompting her to search for a mystery object he buried in her town. A mysterious homeless man who only walks backward appears in the community, and when Sora meets him, a tale begins to unfold that embroils her family. The film’s title is derived from the English “contra,” meaning “opposite.” It refers both to the backward-walking character and the director’s opposition to norms. 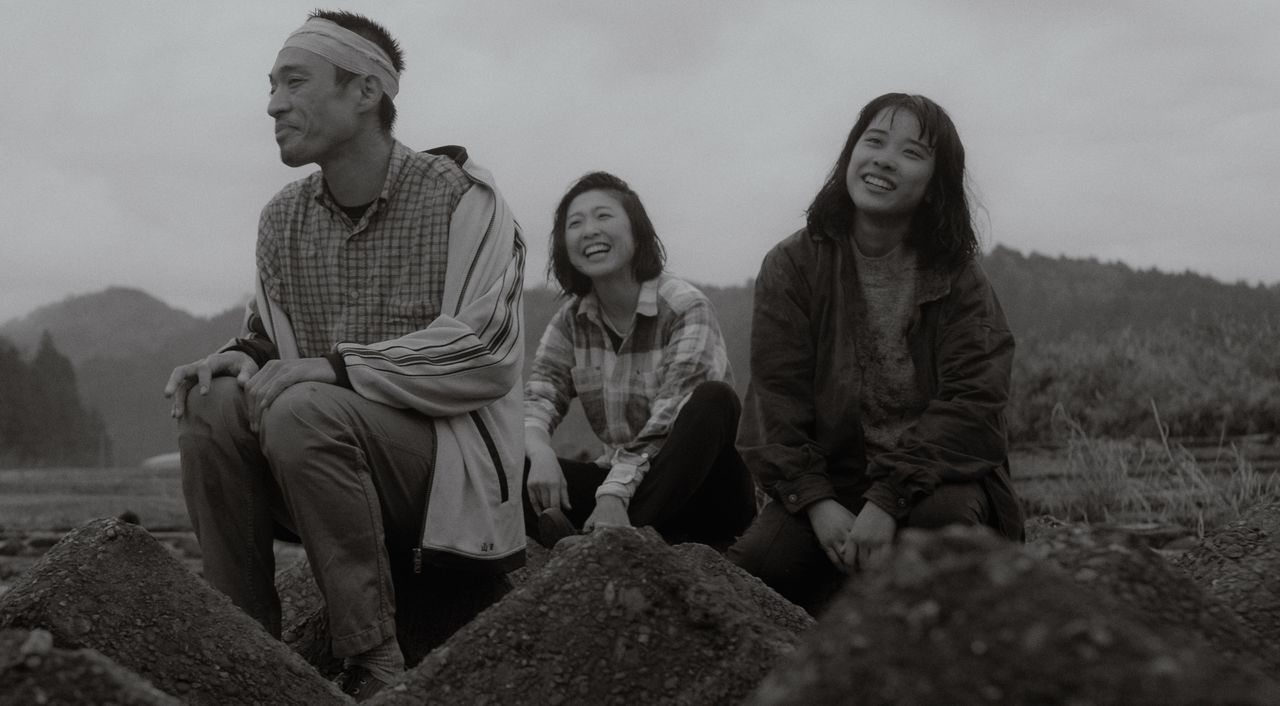 A scene from Kontora. © 2020 Kowatanda Films. All rights reserved.

“I was born the day after my grandfather died,” explains the director. “Once, I had a penchant for wearing my grandfather’s clothing. People mused that I was his reincarnation, and even I felt our strong connection. He was a military man, and he also buried the same item as Sora’s grandfather in Kontora, which we found after his death.”

Unlike Kontora, Chauhan’s grandfather did not leave behind a wartime diary, so what inspired this?

“I had the idea when I learned of an American soldier who documented his wartime experiences in pictures. For the content, I gleaned clues from the published war diaries of Japanese soldiers. We reduced production costs by depicting the war through the diary rather than filming battle scenes. Reading the words of the diary in my film allows viewers to imagine the battle scenes more vividly in their minds.”

Chauhan goes on to explain why he chose a wartime theme: “It strikes me that young Japanese have no interest in the war. By depicting a high school student tracing her grandfather’s wartime history, I hoped to spark the curiosity of younger people. It’s not only the war—Japanese people tend to be disinterested in history and politics in general. Europeans and Indians are able to debate such issues. In Japan, politicians don’t want the youth to point out their faults—it suits them better to stifle concern.”

In the film, Sora’s grandfather was a survivor of the tokkōtai—the special attack units known in English as “kamikaze.” “These men are often portrayed heroically,” says Chauhan, “but when you read their writings, you realize that none of them wanted to die. They weren’t seeking recognition from others; rather, they hoped to resume their regular lives. I don’t aim to change anything—only to share these stories, using my medium, which is film. Due to our tight budget, I made Kontora with just 10 days of filming.” 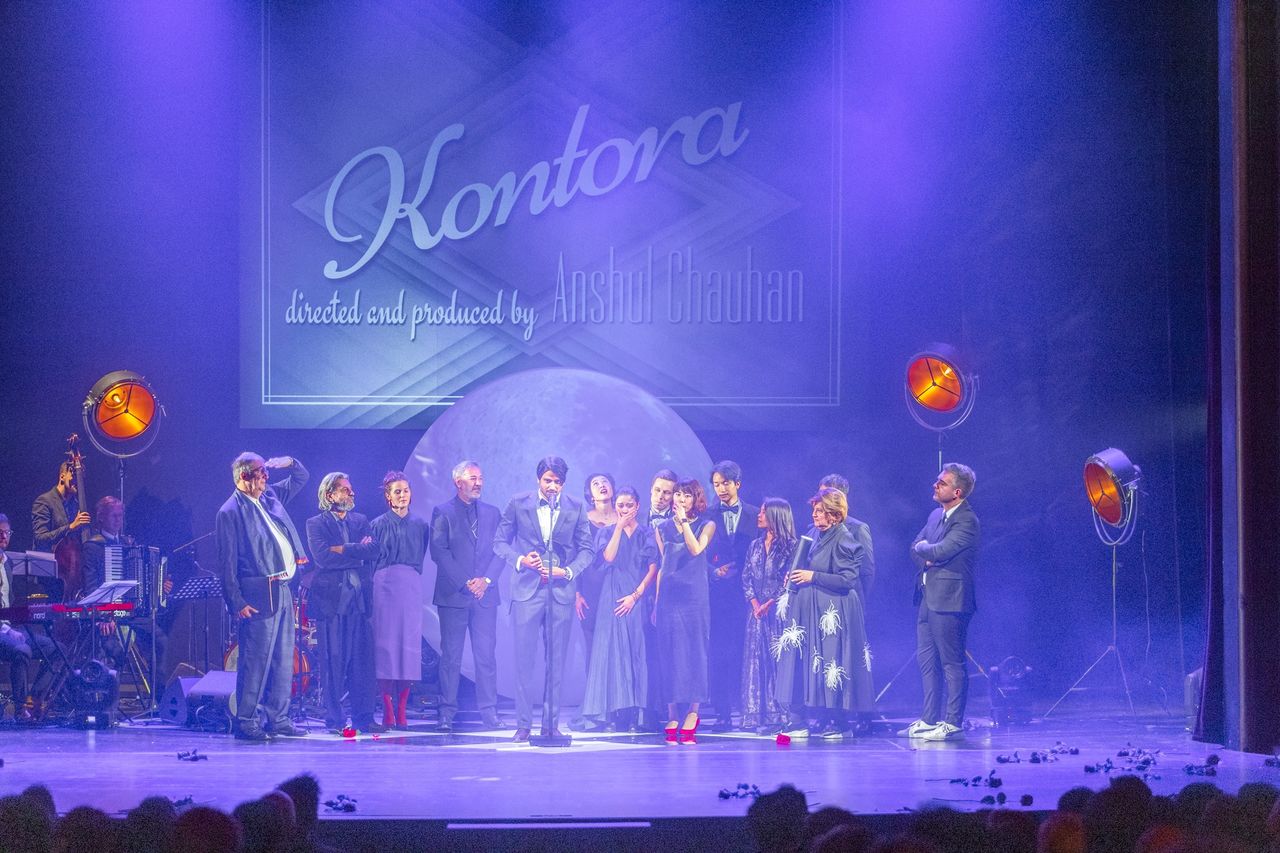 Anshul Chauhan gives a speech on November 30, 2019, after winning the Grand Prix for the Best Film at the Tallinn Black Nights Film Festival. (© Kowatanda Films)

Why Even Film in Japan?

Kontora was shown at the 2020 Osaka Asian Film Festival, receiving the award for Best Actor (Mase Hidemasa). Meanwhile, Bad Poetry Tokyo was screening in Kansai cinemas when the outbreak of COVID-19 led to the closure of cinemas. As a consequence, the film was made available on Vimeo in May.

“I was quite upset when screenings were canceled,” says the director. “It’s also annoying that there’s no assistance for film producers—the Japanese government doesn’t provide support for independent films. To filmmakers, it’s important that their work is preserved permanently, but in Japan, only mainstream films are archived. Consequently, we have to act independently to save our work. There’s no way to know what will become of my films after I die.”

Given these drawbacks, why does Chauhan continue to film in Japan?

“When people ask me, I tell them that I film here as an act of defiance by an Indian against the Japanese government. Although I say this in jest, I’m also half-serious. There are still stories I’d like to film in Japan, but after two features, I’m keenly aware of the difficulties. Currently, I’m writing a feature with Japanese and Indian content. Depending on how it goes, I might film in other countries in the future. If I had an unlimited budget, I’d make a film about Japanese politics that politicians would hate. There’s some things I can do precisely because I’m not Japanese.” 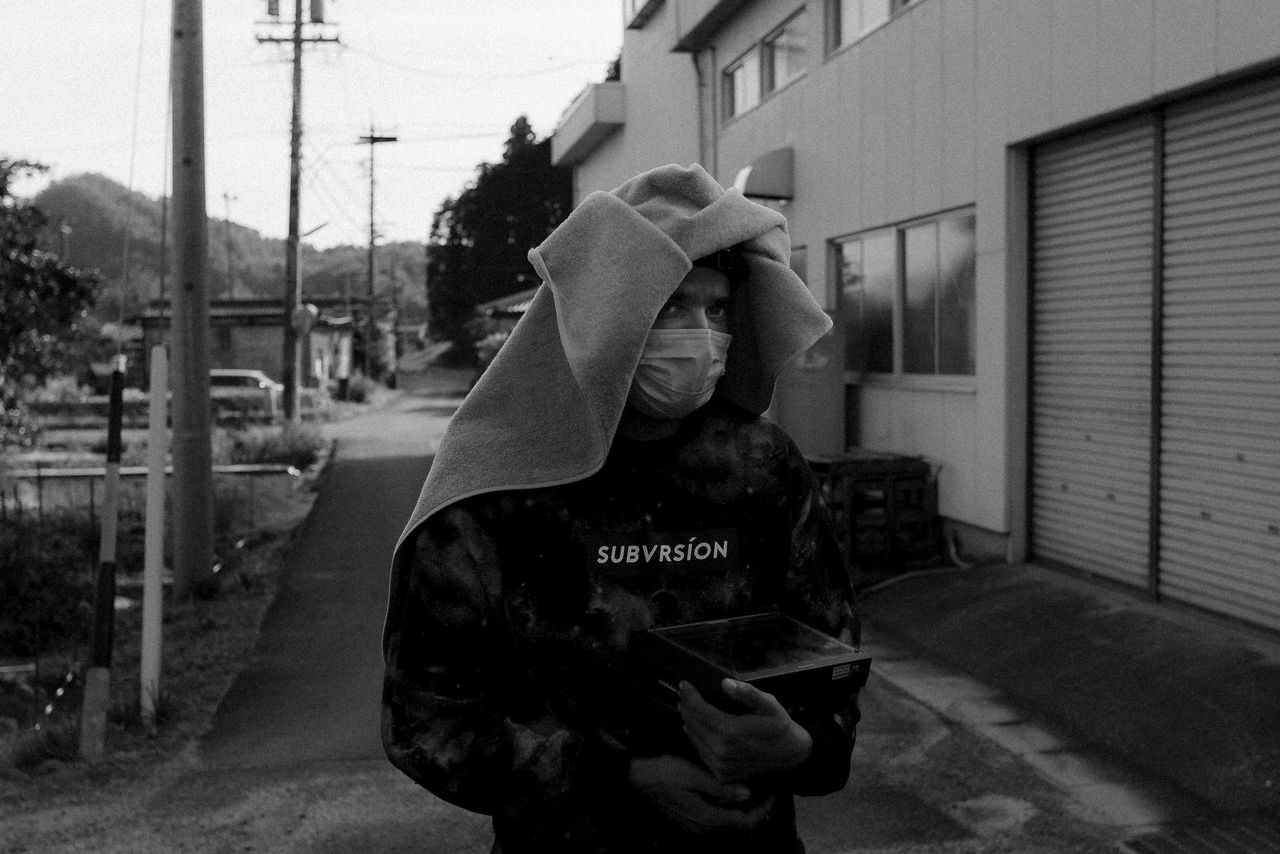 Chauhan on the set of Kontora. (© Kowatanda Films)