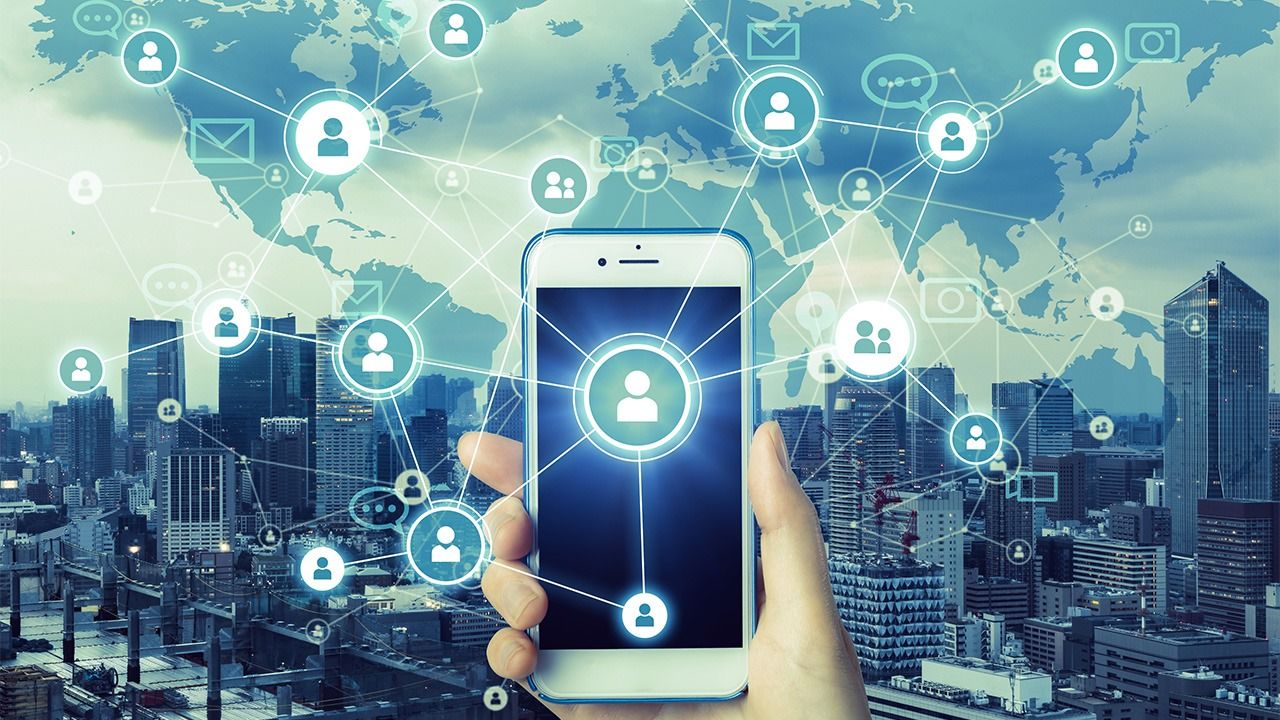 Are the Young Abandoning Line?

Economy Society Oct 7, 2020
Social networking services are now an intimate part of our lives. According to IT journalist Mikami Yō, the social media service users prefer depends on their age and gender. A familiar face on TV and other media, Mikami is also a university lecturer on social media issues. Here he details the latest Japanese social media trends. 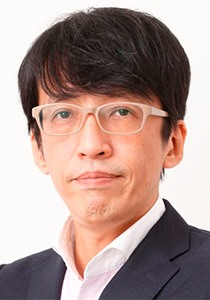 IT journalist specializing in security, social media, and online dangers and annoyances. Has authored many online articles about personal information security, and often appears on television and radio to provide advice for the general public. Currently teaches a course on social media and viral mass-flaming incidents at Bunkyō University.

Compiled from data publicly available as of June 2020.

“For people who want to move away from communicating with real-life acquaintances on Line because they want to let their hair down and take a break from reality, Twitter is a stress-free option,” explains Mikami. “Most users have multiple Twitter accounts on which they assume different personas, in much the same way people behave differently at home and work. Compared to the social minefield of Line, where failure to reply to a message can cause friction, Twitter is a stress-free and anonymous way to be online, which is why it is gaining popularity.”

The ease with which users can express themselves on Twitter can also be a danger, however. In May, professional wrestler and reality TV star Kimura Hana committed suicide at the age 22 after being trolled on Twitter. Mikami notes: “Functionwise, Twitter is already a mature platform. Users are exposed to flaming, defamation and hate speech. The harassment that Kimura faced is just one of the issues presented by Twitter.”

While Twitter is widely used by teenagers and those in their twenties, Instagram’s support base is female. Instagram also boasts many famous users, from celebrities to athletes.

“The number using Twitter has been growing for the last few years,”Mikami says. “Females dominate most age brackets, with over 60 percent of Twitter users aged ten to thirty-nine being female. When I surveyed the students in my class to find out what social media platform they used, I found Instagram was the most popular. Line was the default tool for communicating, but Instagram was head and shoulders above the rest of the social media platforms for this cohort.”

Mikami explains what has driven this growth. “While it began as a platform to upload photographs, Instagram is now dominated by videos. The platform’s revenue has grown significantly as celebrities use it to post Stories, sets of photographs and videos that disappear after 24 hours, and to broadcast concerts. With revenue from e-commerce services and advertising also growing, Instagram is now the biggest earner in the Facebook corporate group.”

Next Mikami turns to TikTok. “This is a Chinese social media platform that’s been a craze for the last three or four years, in which users make short video clips and set them to music. In Japan, TikTok is popular among teenagers and those in their twenties. Aimed squarely at smartphone natives, TikTok displays videos vertically, like Instagram, as opposed to the horizontal format used by Twitter and Facebook.”

TikTok’s growth in popularity, he explains, can also be attributed to the punchy, 15-second default video length.

“TikTok has been designed with the smartphone user in mind. Many users multitask, scrolling through the videos on their timeline while doing something else. People love the way that TikTok makes it easy for anyone to post a video. The big difference between TikTok and YouTube is that even a novice can create a viral video.”

The algorithm, notes Mikami, purposely intersperses top-ranked videos with those that have no views or only a few views, which means that you can go from having only a few hundred views to several thousand overnight. “TikTok also requires less artistic talent than YouTube, as all you need to be able to do is select a track and dance to it. When you consider that TikTok has been constructed so that any video can go viral if it is well-received, you can see why it attracts young people.”

However, as the rift between China—home to ByteDance, TikTok’s parent company—and the United States grows even deeper, a movement has arisen in the United States to ban TikTok, which could have fallout in Japan. Some members of Japan’s Liberal Democratic Party are now calling for the government to place restrictions on the video app in this market as well.

In contrast to Twitter, Instagram, and TikTok, which are mainstays of the younger generation, Facebook’s membership is notably older.

“I use Facebook myself. It’s the social media platform for the older generation,” says Mikami.

“Facebook is most popular among people in their forties, followed by those in their fifties and then in their thirties. The demographic least likely to use Facebook is teenagers. Only a handful of the ninety university students in my class, all of whom are in their twenties, use Facebook. Young people don’t use it at all. Most of those who were on Facebook said they were forced to create an account when job-hunting.”

While in Japan, Facebook may be described as the platform of choice for the middle-aged, in the United States and the rest of the world, between 80% and 90% of the population have Facebook accounts. However, Mikami believes that Facebook is being forced to change its approach.

“For the last seven or eight years, Facebook has been plagued by scandals. The political consulting firm Cambridge Analytica is accused of harvesting the profiles of a large number of Facebook users and using them in political advertisements that supported Brexit and US presidential candidate Donald Trump. There are red flags over Facebook’s harvesting and exploitation of users’ personal information. This said, the platform remains number one in the global social media market.” 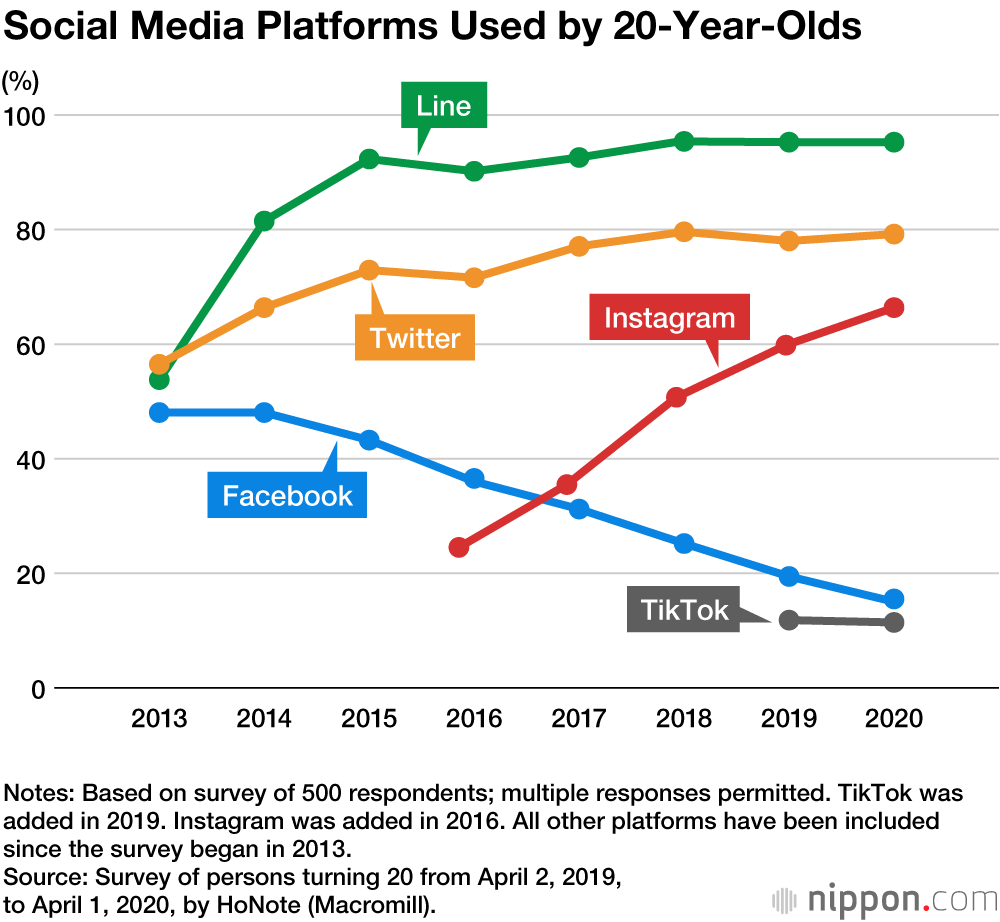 LinkedIn a Flop in Japan

One platform on the list is a force to be reckoned with in the United States but has failed to take off in Japan. It is LinkedIn, aimed at the business market.

“User numbers are extremely low in Japan,” says Mikami. “While LinkedIn officially has 2 million members here, I believe the number actively using the site is lower. In the United States, people use Facebook for personal posts and LinkedIn for work. LinkedIn is chiefly used by headhunters. In Japan, while ways of working are changing, people do not change jobs to the extent that they do in the United States. This is believed to be why user numbers have not grown.”

Each platform in the social media market has its own characteristics, and corporations find it easy to formulate a marketing strategy for social media because they are able to narrow down their target demographic to users more likely to have an affinity for the product or service they are advertising, as Mikami explains.

In considering the latest social media trends, we must also touch on the ways that the coronavirus pandemic has changed our lives. As the population learns to live with COVID-19, one wonders whether people have come to use apps in different ways as well.

“I get the vibe that as the population stays at home, more and more people are going on social media,” notes Mikami. “I feel that Facebook and Twitter posts are being ‘liked’ and shared more frequently. I also feel that our anxiety is linked to social media. As was the case after the earthquake and tsunami of 2011, we are seeing a larger than usual number of critical, condemning, angry, and scared posts.”

Mikami says heavy social media users tend not to consume other forms of media. This means that the official information broadcast through TV, newspapers and other such media is being disseminated less. Social media platforms tend to make a huge volume of information available, and set a low bar for its dissemination and receipt. It is precisely this trait that will make social media, which has rapidly risen to closely trail established media in terms of influence, still more influential in society in the future, even as it grows increasingly important as a set of online tools.