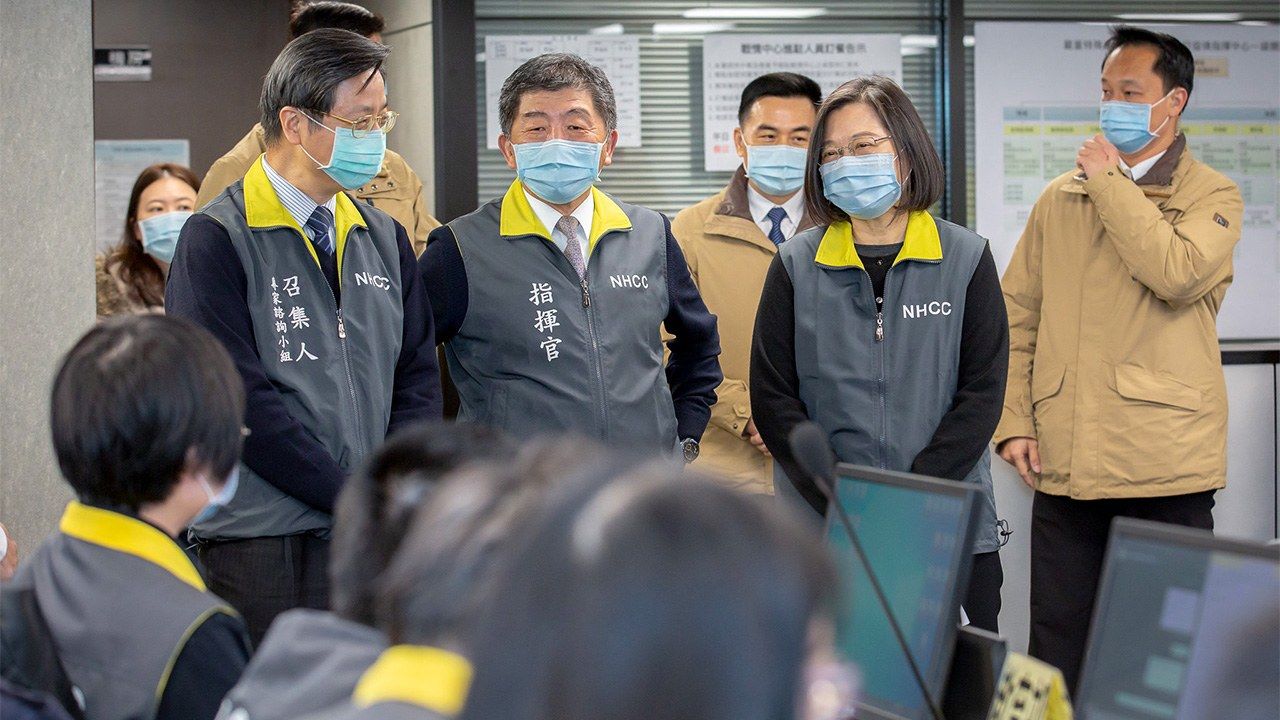 Politics Society Health Mar 2, 2021
A year after coming to Japan to work, I had a chance to return home to Taiwan on a business trip. Due to COVID-19, though, I was quarantined for two weeks upon arrival. It was rough not being able to see my family or friends when I was so close, but the experience helped me to understand why Taiwan is so widely praised for containing the dreaded virus.

Home to Taiwan After a Year’s Absence

I arrived in Japan in February 2020, filled with some trepidation. The novel coronavirus was just starting to spread from China to other parts of the world. Many of the passengers on the plane from Taiwan were wearing masks, but on the monorail from Haneda to Hamamatsuchō only about half the people I saw were masked up. Tokyo’s measures against the spread of the virus did not seem very strict.

By the time a year had passed, the virus was ravaging the world, and Japan was no exception. Since the first infected person was identified in Japan on January 14, 2020, the number of cases has soared to more than 400,000. Taiwan reported its first case one week later on January 21, but the most recent total there has only just topped 900 cases—quite a gap with Japan.

As my year in Tokyo progressed, I could feel the teeming city lose its usual liveliness. It was sad, too, not to be able to enjoy the numerous seasonal celebrations unique to Japan. Spring cherry blossom viewing, summer fireworks. autumn foliage viewing, and winter’s festive such as Christmas events were either cancelled or toned down at the government’s “request” for forbearance, depriving people of opportunities to mingle and enjoy themselves.

As it happened, I was given an opportunity to return to my home of Taiwan to carry out some interviews for an article. Taiwan was being widely praised for its success in containing the coronavirus. How did it keep the infections from spreading? Let me tell you through a recounting of my own personal experience. 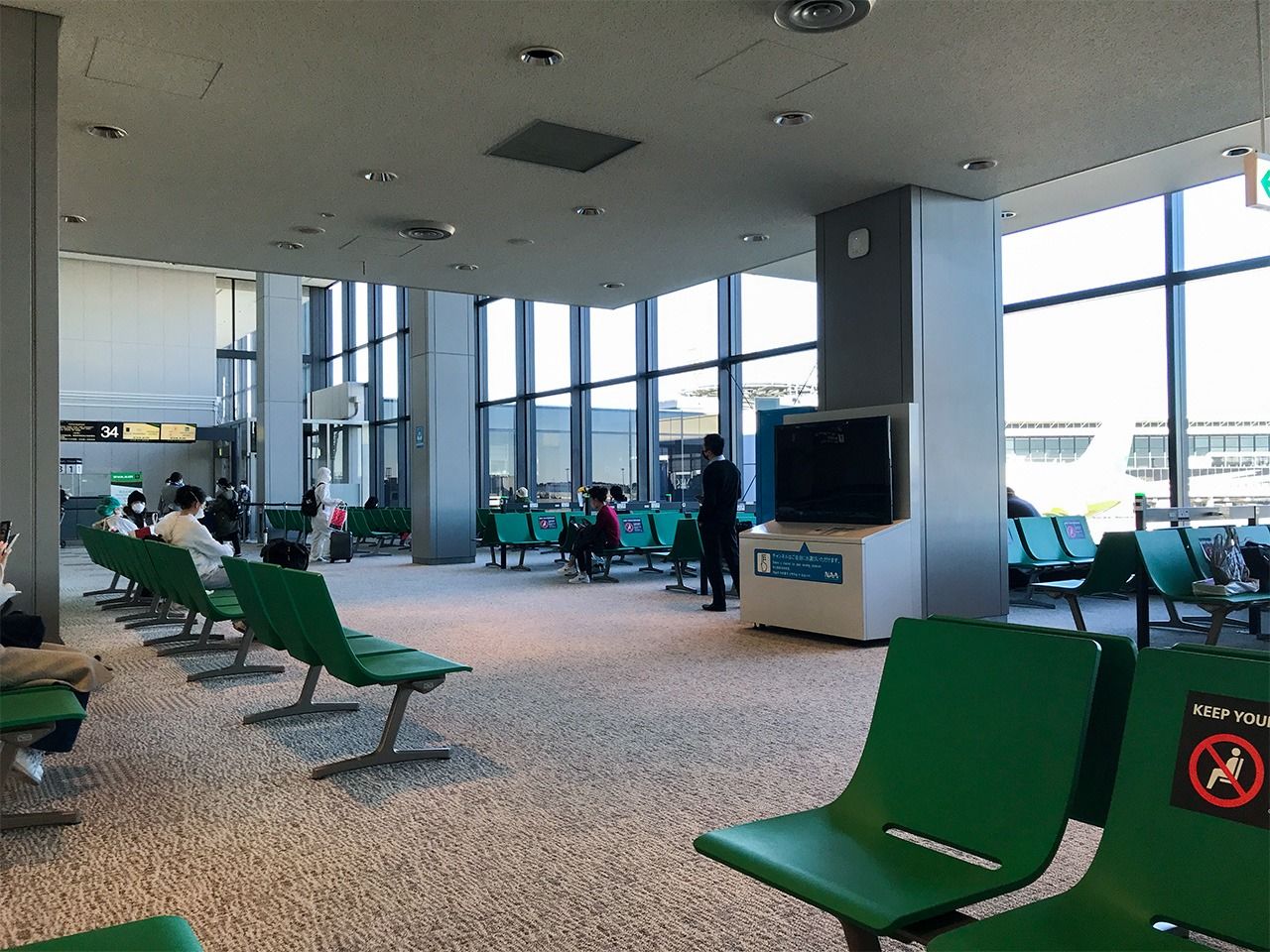 The Narita International Airport boarding area. Some passengers were covered head to toe in protective gear.

It All Starts Before You Even Board the Plane

Measures to control infection were in place even before we boarded the plane to Taiwan. Already, I sensed how determined the Taipei government was to stave off the coronavirus before it could even get to its shores. Prior to our departure from Narita, we were asked to register with a border control system implemented by the Taiwan Centers for Disease Control, an agency of Taiwan’s Ministry of Health and Welfare. As soon as my name and flight number were confirmed, I received a text message from the Taiwan CDC authorizing my entry. This message completed the check-in process at the airport reception desk.

Upon arriving in Taiwan, we were required to show our Taiwan CDC authorization before going through customs. At the same time, a quarantine inspector checked each of our IDs and explained the 14-day isolation requirement, when the quarantine would end, and the high fees that would be charged as a penalty if we failed to obey. They weren’t going to let any of us claim we hadn’t been told!

After these procedures, we were finally allowed to pick up our bags and exit the airport. I noticed that my bag seemed a little damp. It had probably been sprayed with disinfectant. I then made my way to join a long line waiting for the government-approved special taxis we were required to take, as we were not allowed to use public transportation. 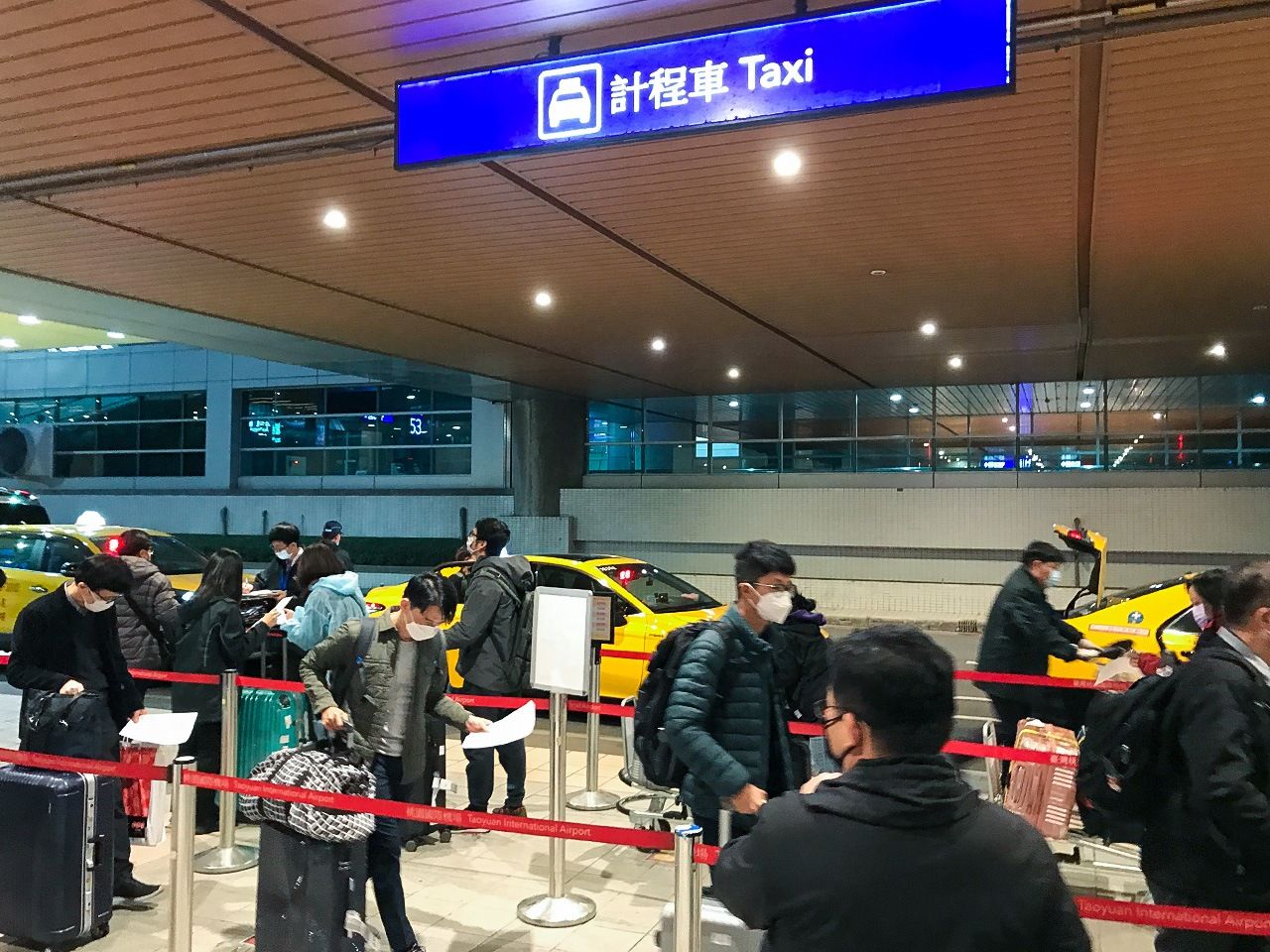 New arrivals to Taiwan line up for the special taxis that have been the required form of transport since April 2020 for everyone arriving from overseas.

To use the special taxis, you have to present a form with your address to the taxi company. The fare is a flat-rate NT$1,000 (around ¥3,700) for anywhere in the city of Taipei. Anything above that is paid for by the Taiwanese government through a subsidy to the taxi driver.

You know your turn has come at the taxi stand when a driver calls out your name and destination in a loud voice. It feels a bit like waiting to be assigned to a unit when you’ve just been drafted into the military.

The taxi driver doesn’t talk or even smile. Conversation is forbidden, in fact, as there is no vinyl sheet between the front and back seats like in a Japanese taxi. Still, when we arrived at my destination, the driver actually smiles. “I hope your 14 days of isolation go well. It’s a little early, but happy Lunar New Year,” he says. For a brief moment I am reminded of how friendly the people of Taiwan are. 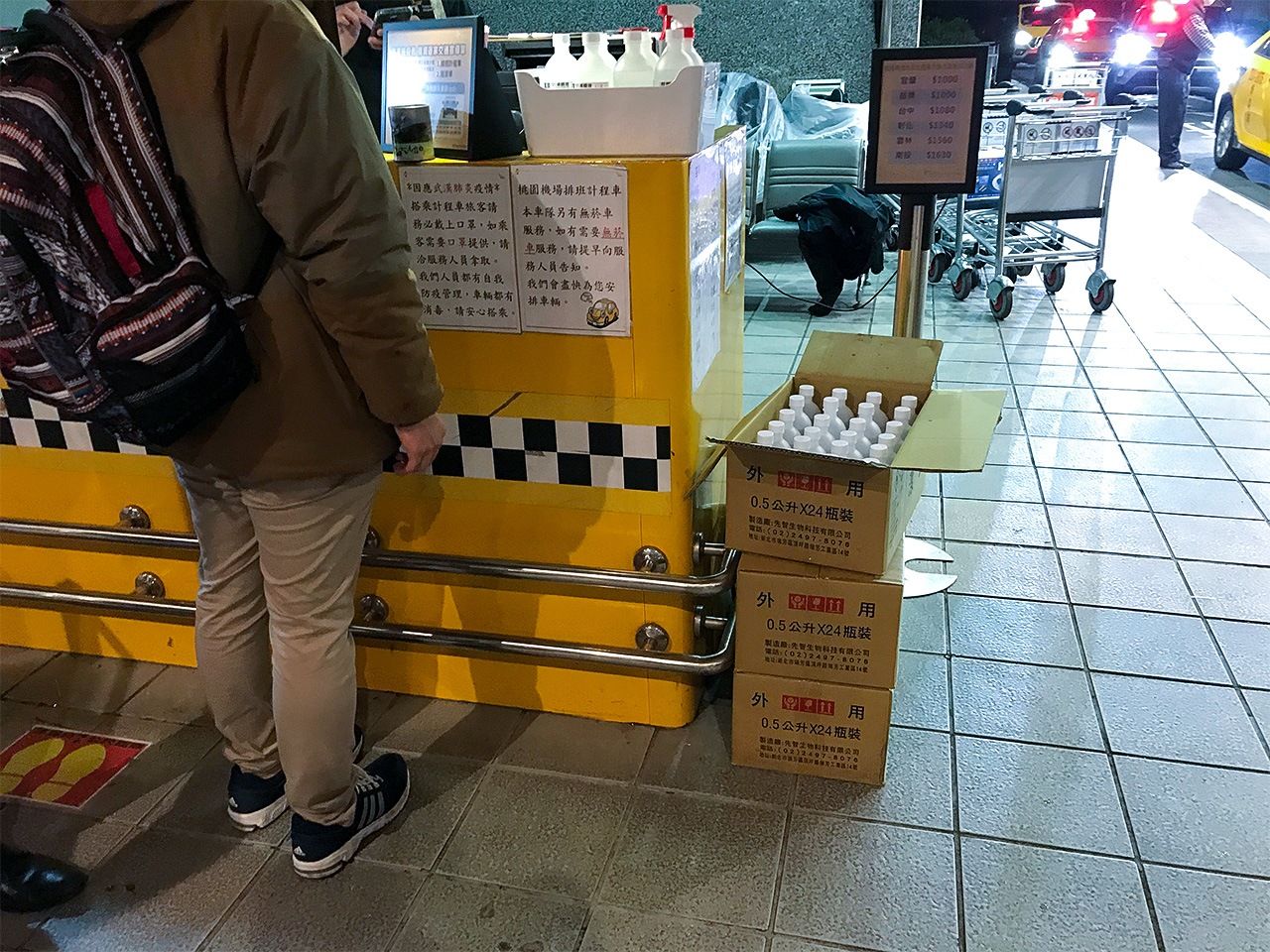 Boxes containing alcohol disinfectant are stacked at the airport taxi stand for taxi drivers to disinfect their vehicles before each new passenger.

Soon after arriving at the place where I will be isolating for the next two weeks, I receive phone calls from the local li, an administrative subdivision of Taipei’s city districts, and from the government authority in charge. Once again, the isolation rules and penalties are explained to me in detail.

Every day during isolation, I am required to report my temperature and any signs of ill health. I am also required to respond to the daily text message sent to my smartphone by the Taiwan CDC. I learned later that this policy of daily checks was instituted after a case in which a person died while isolating.

On the second day of isolation, a “welcome” box is delivered to my door. Inside the box are food items, like oatmeal and biscuits, garbage bags, and a thermometer. 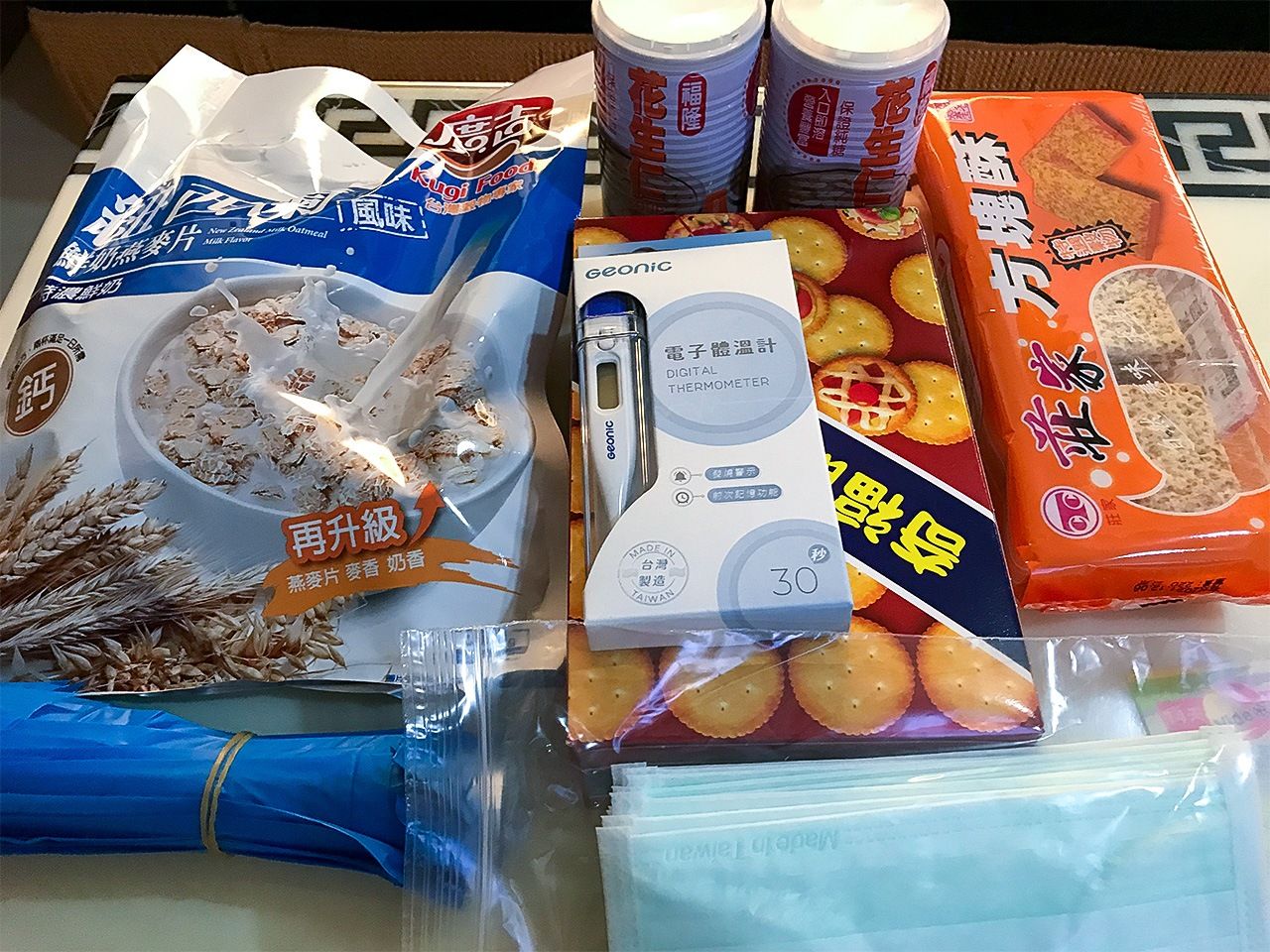 The contents of the “welcome” box: oatmeal, biscuits and cookies, garbage bags, masks, and a thermometer.

There are strict rules about waste disposal during isolation. You cannot take your garbage to the usual disposal location, but instead must contact the local environmental agency a day ahead to have someone come pick it up. Even garbage is disinfected on the theory that until it is clear I am not infected, anything in the bag might carry the virus.

The most important aspect of life in isolation was that we were not allowed to step outside unless we got permission first. The government authorities and police used our smartphone GPS to keep track of our location. Any time there was a change in location, or the phone was disconnected, someone would immediately come to investigate. The penalty was high enough—from a minimum of NT$100,000 (about ¥370,000) to NT$1 million (about ¥3.7 million)—to discourage disobedience.

In some cases, people are forced to miss work due to the quarantine requirement, but those who spend the 14 days without violating the regulations can apply online to the government for compensation for their lost income. This carrot-and-stick approach offering reward as well as penalty is a strong incentive to stay in line.

Taiwan’s strict isolation measures are based on emergency ordinances for tracking and management drafted by the Central Epidemic Command Center, an agency activated by the Taiwan CDC in the event of disease outbreaks. Japan has the same 14-day isolation requirement for persons arriving in Japan from overseas, but there is no oversight by the police or government agencies, and it is easy for people to go out for walks or to shop at a local supermarket.

Japan has no legal framework to require isolation, in fact, and is reluctant to violate basic human rights. This makes it difficult to enforce strict isolation measures.

Sophisticated Measures and Respect for Rights

Taiwan’s strict isolation measures were first implemented in February 2020, around a year ago. The approach Taiwan has taken to “stand strong against the enemy while never underestimating its potency” is based on the lessons learned from its 2003 experience with SARS. I could see from my own experience that the Taiwan government was absolutely determined not to miss even one small symptom of possible contagion.

When my brother returned to Taiwan from Japan this past January, he honestly reported on his declaration form that he had had stomach problems within the past two weeks. Upon arrival, he was immediately whisked away to a hospital, given a PCR test, and strictly quarantined for two days. 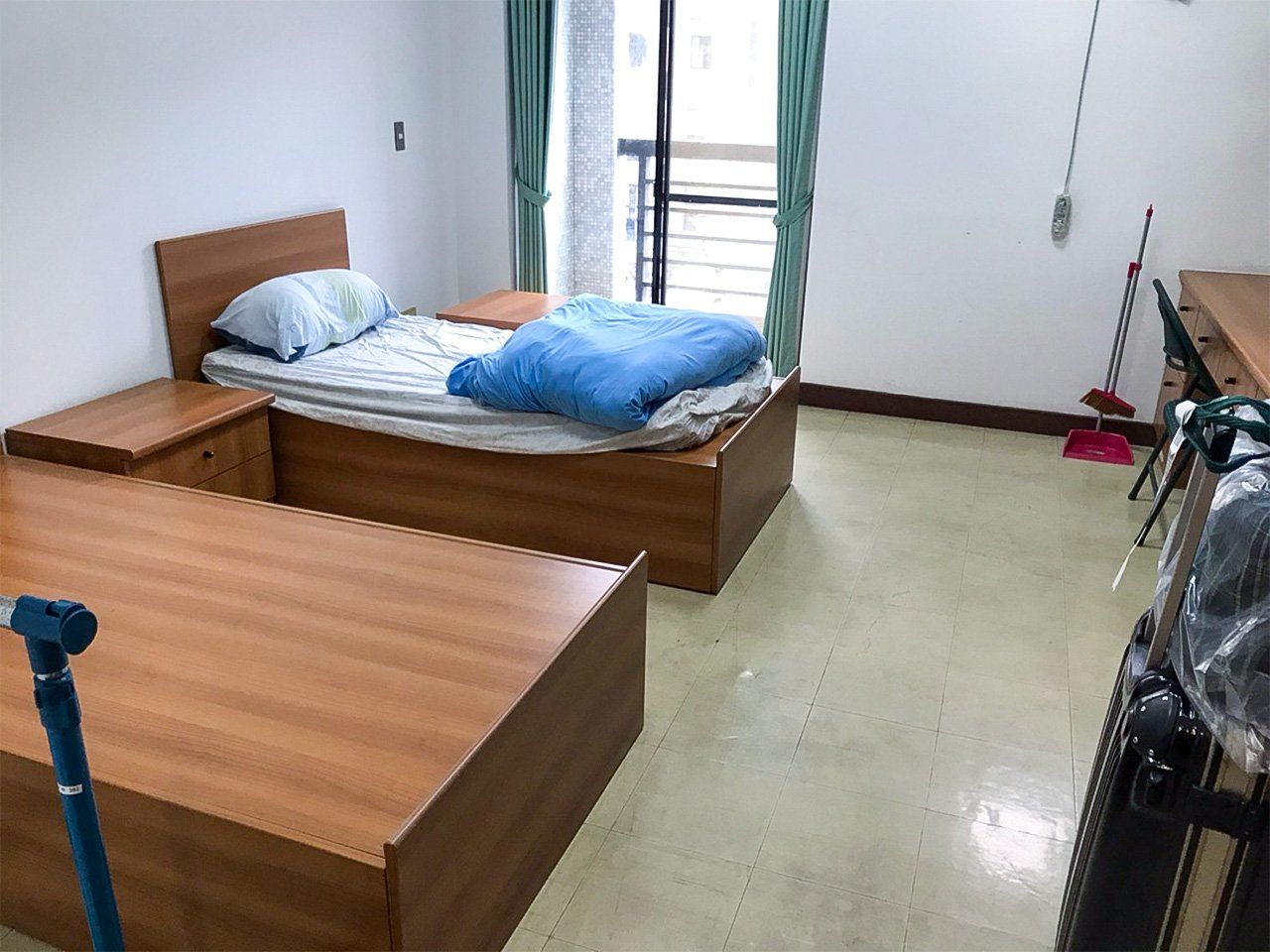 A room at a quarantine station in Taiwan. For even the most minor symptoms, you are required to stay here and undergo a PCR test.

Life in a quarantine station is like being in military barracks. A 7:30 announcement over a PA system lets you know breakfast has been placed in front of your door. The whole day is regimented and includes rounds made by medical staff clad in protective gear. My brother had to have two negative PCR tests before he was finally released and transported to a hotel, where he still had to isolate.

Many countries have similar 14-day isolation policies, but Taiwan was the first to implement such strict measures. There was some resistance at first, as even Taiwan residents complained that the measures were too rigorous. In the final analysis, however, Taiwan’s thoroughness proved successful, and its policies are now being adopted by many other countries.

Taiwan residents returning from overseas find the 14-day isolation requirement an annoyance. Taiwanese entrepreneurs who conduct much of their business overseas have complained, but most people are resigned to it, and believe the inconvenience is worth it if it will keep the virus at bay.

At the same time, there are some local residents who overreact when a newly arrived foreigner or medical personnel is found to be infected, and express displeasure that the person has brought the virus into Taiwan. No one gets infected on purpose, of course, but Taiwan’s society has a tendency to get easily excited. Fluctuations in the daily number of infections have, at times, escalated into political fights. In this respect, the people of Taiwan are very different from the calm Japanese people I am familiar with.

The Effectiveness of Border Control Measures 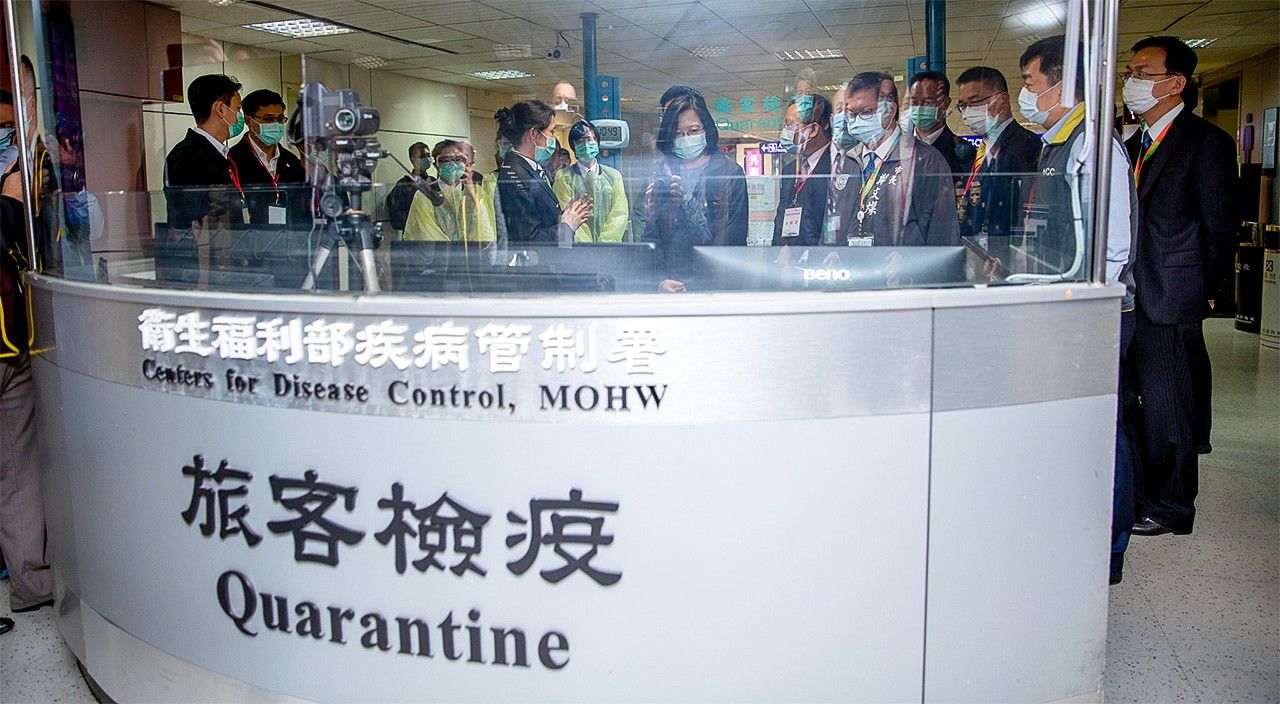 Overall, the biggest difference between the coronavirus measures in Japan and Taiwan appears to be follow-up. Japan’s entry measures are thorough, but once people get through customs and quarantine, they often use public transportation, ignoring the request of the authorities to take a taxi or private automobile.

As I was making my way to Narita International Airport on the morning of January 10, I saw people on the train platform at Shinjuku with bags bearing NRT tags from Narita airport. At the airport, I also saw a lot of people exiting the departure lobby to board buses and trains.

That doesn’t mean any of these people were contagious, of course, but just one asymptomatic person would be enough to spread the disease among many people.

Japan, however, has no laws that will allow it to force all new arrivals to the country to take private transportation from the airport. Neither does it have any plans to provide special taxis, like Taiwan has. On February 3, new laws were approved in the Japanese Diet for special coronavirus measures and revisions of already existing laws related to contagious diseases and quarantine policies. With these changes, it is now possible in a state of emergency for prefectural governors to order businesses to close or shorten their hours, with violators subjected to fines, but authorities are reluctant to actually apply such penalties.

It is no easy task to implement effective measures to prevent the spread of infection while respecting basic human rights and at the same time supporting economic activity. Japan and Taiwan have very different histories, of course, and their approaches to these problems differ. As infections continue to climb in Japan and new strains of the novel coronavirus are discovered, though, it is imperative for the Japanese government to do everything in its power to protect the health and security of the Japanese people.