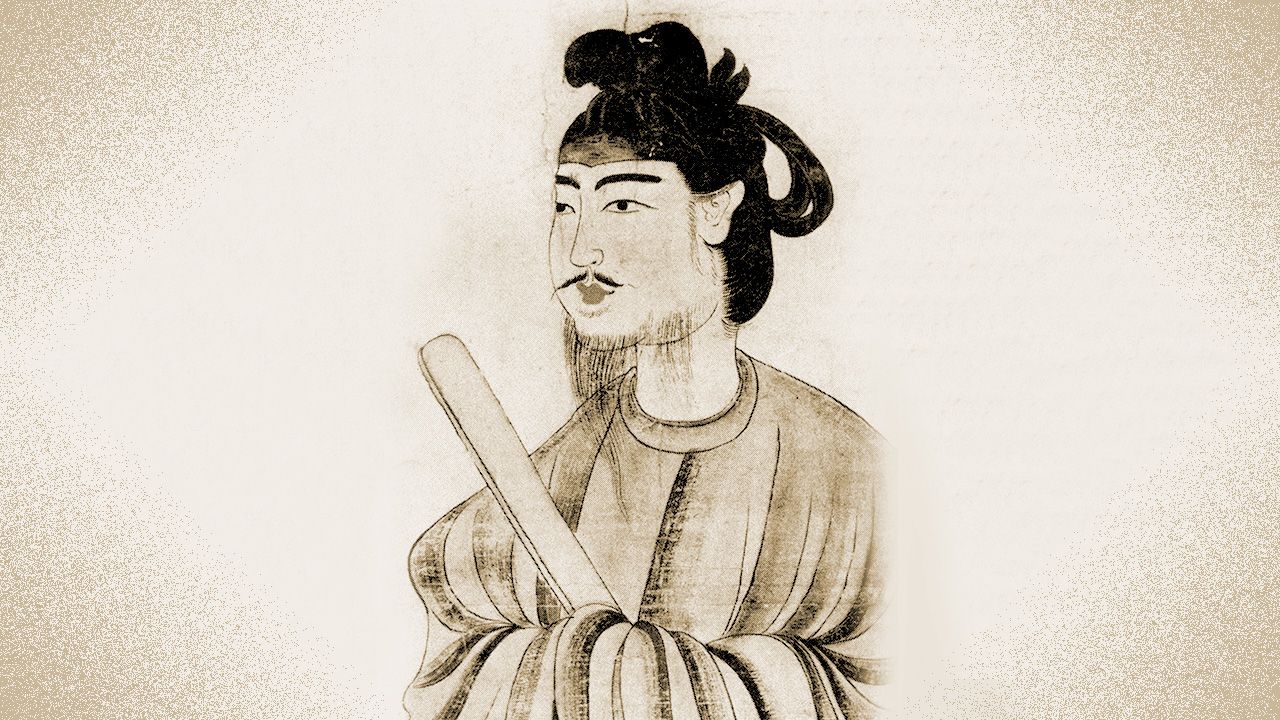 History Apr 2, 2021
Prince Shōtoku was an influential leader in seventh-century Japan, popularly credited with achievements from establishing courtly ranks and a constitution to encouraging the spread of Buddhism and sending envoys to China. Ancient history specialist Tōno Haruyuki delves into the past to consider how to gain a true picture of this semilegendary figure.

An Opportunity for Reconsideration

Prince Shōtoku (574–622), one of the best-known imperial family politicians in Japanese history, is renowned for his cultural contributions. While there are many famous people who lived even more than a millennium ago in Japan, there are very few for whom we can clearly identify their years of birth and death, as well as their achievements.

The reason we know these details for Prince Shōtoku is the reverence shown to him from shortly after his death, which means that many materials and biographical records remain. Next year marks 1,400 years since his death, and during the 12 months leading up to this milestone, Buddhist memorial services will be held at related temples. There are also plans to exhibit cultural properties connected to his life in Nara, Osaka, and Tokyo. It is an opportunity to reconsider the man.

Despite the large number of extant documents and cultural items, it is extremely difficult to gain a true picture of Prince Shōtoku. There is evidence that he was venerated greatly even during his later years, and the process continued after his death. Numerous legendary anecdotes appear in biographical texts, and he was ultimately worshiped as an incarnation of the Bodhisattva Kannon.

Historically, he was known as Umayado, and the name Shōtoku, meaning “sagely virtue,” by which he has come to be known, was applied posthumously. The fact that this happened less than a century after he died shows the speed with which he came to be regarded as exceptional.

The common image Japanese people have of Shōtoku is as follows. In 593, after his aunt Empress Suiko came to the throne, he became crown prince and was appointed as regent. In 601, he had a palace built at Ikaruga, to the northwest of Asuka (now Nara Prefecture), which was then the capital. When he moved there four years later, on the western side of the palace he founded the temple Ikarugadera, now part of Hōryūji, a UNESCO World Heritage site.

He established 12 courtly ranks indicated by colored caps, supported merit-based promotion, drew up a 17-article constitution, and advocated politics based on harmony and centered on the imperial ruler to those who served in the imperial court. As a devout Buddhist, he gave lectures and wrote commentaries on the Lotus Sutra and other such texts. He also dispatched envoys to China and encouraged the adoption of culture from the Asian continent.

Toward the end of his life, he collaborated with the senior statesman Soga no Umako in compiling histories of Japan. He initiated the movement that would lead to a centralized state in the second half of the seventh century, yet died before he could achieve all he wished to.

This is what one might call a standard picture of Prince Shōtoku, based on the Nihon shoki, which was completed a century or so after his death, and the comparatively early biographies. Yet, this was already a considerably idealized picture, and it is dangerous to believe without reservations. Over the years, many researchers have pointed out these dangers and scrutinized his purported achievements.

It is certainly the case that ancient materials make no mention of Shōtoku in relation to policies like the 12 courtly ranks and the sending of ambassadors to China. The 17-article constitution he is said to have written includes points and expressions that appear out of place for the time he was active, and which thereby raise doubts. He is said to have been crown prince (kōtaishi), but this was not a formally designated position until the end of the seventh century. The job of regent (sesshō) appeared even later.

Such considerations invariably result in the doubts, given the lack of solid historical evidence. Indisputable facts are needed to avoid endless discussion. It might seem impossible to provide reliable accuracy on events of more than 1,400 years ago, but I realized that such a source can be found among the voluminous writings concerning Shōtoku. This is the inscription on the aureole framing the gilt bronze statue of the Buddha, flanked by two Bodhisattva in Hōryūji’s Main Hall.

The inscription on the back of the frame consists of 196 characters arranged in a grid of 14 rows and 14 columns. This states that the statues were created after Shōtoku’s mother, his wife, and Shōtoku himself died in succession from 621 to 622. The date of Shōtoku’s death is given as the twenty-second day of the second month in the year corresponding to 622 (now accepted as April 8 by the modern calendar). Naturally, the statues and inscription have long been famous, and there was a well-established debate between those who saw it as reliable and others who said it was engraved later.

In this sense, it is not a new discovery, but focusing on the engraving leads to fresh evidence. The inscription, a 14x14 square of characters, fits into a larger square that has been flattened out on the frame. This indicates that the inscription was planned when the aureola was made. There are also spots visible on the same side, where gilt has stuck. These points demonstrate that the inscription and statues are from the same time. It is difficult to completely resolve any doubts that the inscription is a later addition just by debating the text, but a look at the physical aspects seems conclusive.

The most important fact one can take from the inscription on the back of the frame is that Shōtoku was already an exalted enough personage to be called hōō at the time of his death. Written as 法皇 here, in other texts it is often 法王, but is a term of respect frequently applied to Shōtoku. In the seventh century, the kanji 皇 and 王, now meaning “emperor” and “king,” were used in much the same way. The character 法 is a reference to Buddhism, recognizing his erudition in this area.

There has been a tendency toward skepticism as to the various lectures and commentaries on Buddhist texts attributed to him, as well as to the many temples he was said to have founded. While the hōō description does not mean that we should simply accept the legends about him, he undoubtedly possessed extraordinary knowledge and understanding of Buddhism. Putting together the content of his commentary on the Lotus Sutra and its characteristics as a cultural property gives a view of the real Shōtoku. The 17-article constitution, about which doubts have also been raised, places a clause encouraging Buddhist faith ahead of one exhorting respect of imperial orders, and in other ways broadly seems to be his work. I write more about this in my book Shōtoku Taishi: Hontō no sugata o motomete (Seeking the Real Prince Shōtoku).

Establishing a Place for Buddhism

However, I want to point out the great influence Shōtoku had on Japan’s transformational adoption of foreign culture in the Asuka period (593–710). During his era, Buddhism had a considerable impact. While he was a devout Buddhist, he did not enter the priesthood, instead acting as a politician to establish a place for the religion in society.

Apart from the Lotus Sutra, a central text in Buddhism, the writings he chose to talk about and annotate were the Vimalakirti Sutra and the Srimaladevi Simhanada Sutra, which are respectively about a lay priest and a queen. By choosing to promote Buddhism in particular, Shōtoku likely thought to use continental culture to bring together a country of unceasing disputes between powerful clans, creating a more civilized society. Looking at the extant sources, it is difficult to say that Shōtoku was prominently active in politics, but he appears as an indefatigable and learned figure working behind the scenes supporting Empress Suiko and Soga no Umako to bring policies into force.

What of Shōtoku’s appearance? The image of him familiar to older Japanese people from having formerly appeared on the ¥1,000 banknote is now believed to actually show an aristocrat of the Nara period (710–94). The central figure in the triad of statues at Hōryūji is said to be a likeness of Shōtoku. As it also represents the Buddha, it is stylized, but perhaps here we can glimpse Shōtoku’s face. Incidentally, from this statue it is also possible to calculate a height of just under 165 centimeters, which was quite tall for the period.

(Originally published in Japanese on March 8, 2021. Banner image: A picture once thought to have been of Prince Shōtoku, used as the basis for the ¥1,000 banknote in the twentieth century, is now generally considered to show an aristocrat from the Nara period. © Jiji.)