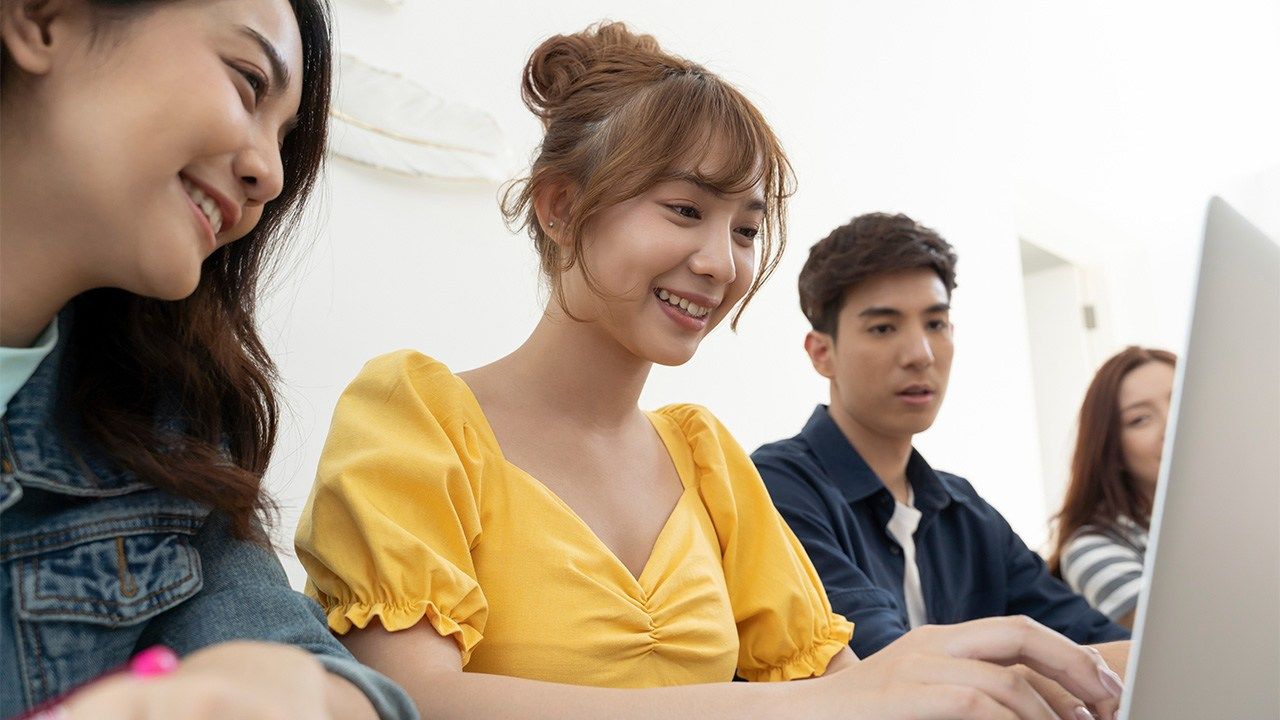 Society Economy Jun 30, 2021
Dentsū is home to Wakamon, a dedicated research group that closely observes and researches the tastes and activities of young people—the sources of many fashions and trends. Data on Generation Z, has been a significant influence on companies’ decisions and strategies in recent years. With that in mind, we asked Wakamon’s Yōmaru Masaya for insights on this generation. 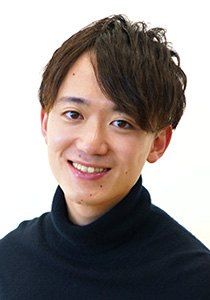 Joined Dentsū straight after graduating from the University of Tokyo in 2017. His focus as a member of Dentsū’s Future Creative Center goes beyond communication development to include expanding creativity in service and business development. Active in Dentsū’s Wakamon research group, he pursues his personal mission to “encourage young people not to give up.” Has received accolades including an AdFest Gold Media Lotus Award and a PR Awards Asia gold prize.

A Half-Step Closer to the Future

Yōmaru Masaya, a planner and copywriter for the Wakamon group—a Dentsū research team focusing on the thoughts and activities of Japan’s wakamono, or “young people”—explains the intent behind its creation. “This research group was formed about ten years ago to serve as an in-house think tank. We focus on certain characteristics of young people, how they are ‘the first people to catch on to new things and are ‘the closest to the future.’ By coming to understand the reality of this generation, we want to get our own look a half-step ahead into the future. Since then, Wakamon has been a source of insight in our main business of advertising, of course, but also in the development of products and business strategies for many companies.”

Team members cover a wide age bracket, from new graduate hires to 20-year company veterans. They belong to different departments within the company, lending their cooperation to the “virtual department” Wakamon. “Since we have members from various departments,” notes Yōmaru, “they can take the knowledge they acquire from Wakamon back to their own department and make use of it in their work. We regularly share our research data within the company, as well as externally through publications and articles for outside media as well as the contents of Dentsū-hō, our own media site.”

A term originally coined in the United States, Generation Z refers to the demographic cohort born from the mid-to-late 1990s through the early 2010s. This group follows Generation X, born in 1960–74, and Generation Y, arriving from 1975 through the early-to-mid 1990s. As the first social generation to have grown up with access to the Internet all their lives, members of Gen Z, colloquially known as zoomers, have been dubbed “digital natives” and have a vastly different set of values than the generations before them.

Yōmaru explains the various methods Wakamon uses to examine the mindset and values of Generation Z. “First of all, as part of our quantitative research, we collect data by means of a comprehensive large-scale survey of roughly 10,000 young people conducted every two years, along with input from the CircleApp communication application we developed for university students involved in club activities in combination with a monthly ‘Student Check-in Survey.’ To get a real sense of the lives of young people today that can’t be derived from data alone, in 2017 we launched βutterfly, a cocreation platform for companies and Generation Z. As one of the activities of βutterfly, we receive ‘next trend’ reports from current students on different themes each month, such as relationships, health, and dining. Through discussions with them on these topics, Wakamon members get a glimpse of the future in certain areas and grow the knowledge base that we draw on in our work.”

He notes that there are times when the knowledge gained from such research makes it feel like they really are “a half step into the future.”

“For example, in the past we asked for opinions through a survey on upcoming event trends. Considering the responses we received, we predicted that the focus would shift from the traditional style, with seated audiences being entertained by the talent on stage, to an ‘every seat is a stage’ situation, with each member of the audience playing a more active role in the entertainment being presented.” Thanks to today’s widespread use of social media, Yōmaru says, it feels like this prediction has come true. “Nowadays, it’s perfectly normal for people to come together on social media and discuss the events they enjoy, and even fans of niche content are more able than ever to find one another and enjoy their fandom together. All this has lowered the barriers to individuals looking to put on an event of their own.” 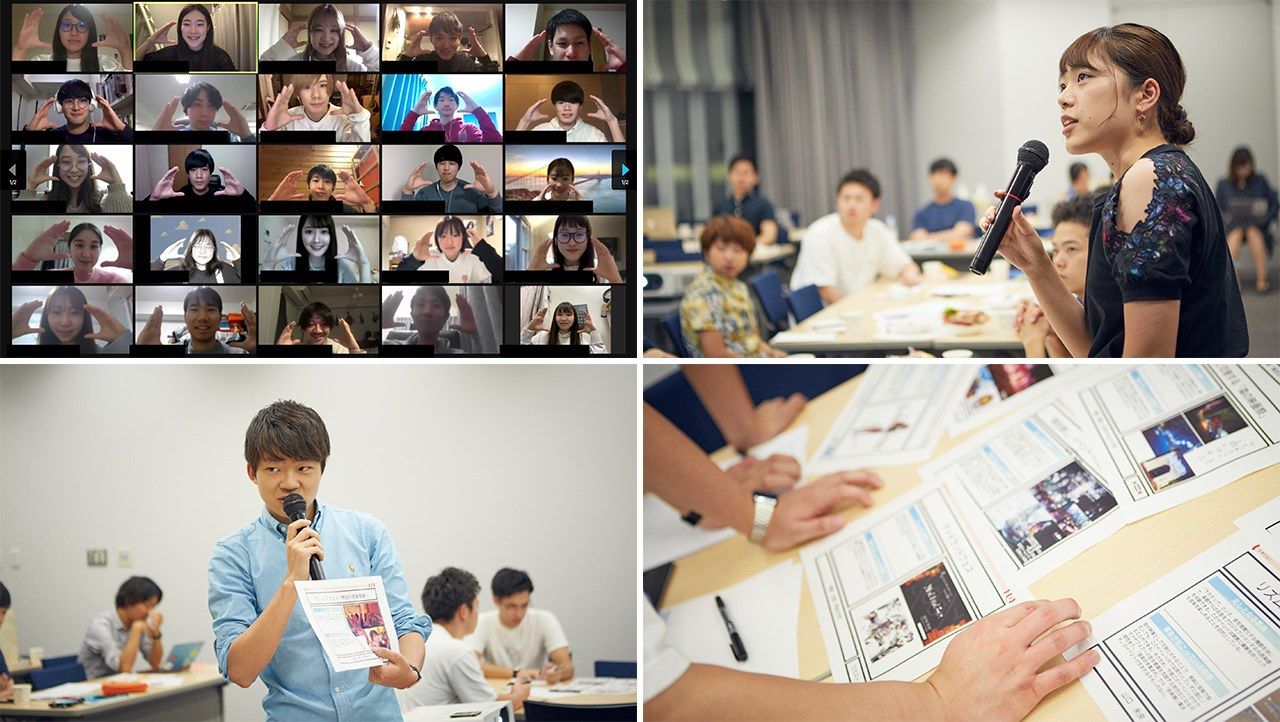 Originally, the activities of Wakamon centered on ideas and proposals related to advertising, but recently there has been a sharp increase in requests and inquiries from companies wanting to revise the ways they recruit and hire job-seeking students. Following the inevitable change in hiring systems brought about by the COVID-19 pandemic in 2020, Dentsū established 47 Internship, an online program with one student participant from each of Japan’s 47 prefectures. The students get the opportunity to make contact with companies without the costs and difficulties of relocating, and companies receive new feedback from students of different regions across the country, making for a win-win situation that has earned high praise from both parties.

Yōmaru explains why he thinks “insecurity” and “time poverty” are the definitive characteristics distinguishing this young cohort from others. “Generation Z has grown up burdened with insecurity. In contrast to the previous generations that experienced the benefits from Japan’s economic boom, zoomers have seen a sluggish Japanese economy throughout their lives. Add to this terrorism and natural disasters, and they know all too well about life’s risks. They’ve grown up witnessing things like the end of the lifetime employment system, which no one thought would ever change, and the fall of well-established companies. So from early in life they are saving money, developing their strengths and skills, and sharpening techniques for sound living.”

This is vividly shown by the mindset of job-hunting students. In the CircleApp survey for university students conducted in 2020, 94.1% of respondents answered that they wanted a guaranteed department assignment before joining an employer—a far cry from the standard at large Japanese firms, which have traditionally assigned new hires after taking them on. The results revealed that 58.9% of respondents plan to quit working or change jobs within five years, 84.3% would quit within three years if the job does not suit them, and 35.1% think the company they work for would not be around when they turn 65 years old. Such results would probably be unbelievable to the generation for whom lifetime employment was the norm.

Yōmaru points to “time poverty” as the second key characteristic. “With the spread of smartphones and social media, the amount of information we can access in one day has increased dramatically. For Generation Z, information and content is not something to go out and search for, but something to select from among the waves that arrive naturally on their devices. We’re seeing a tendency for time performance to take priority over cost performance. Younger viewers tend to dismiss traditional TV programming as something that doesn’t start when you want it to, and rather than carve an hour out of their day for a 60-minute drama, they prefer programs that can be viewed in 20-minute increments. So we’re likely to see the promotion of more condensed, optimized content.”

With a laugh, he continues: “Even before the COVID-19 pandemic we thought that online drinking parties would catch on since we heard people saying that the fixed two-hour length for a party at a restaurant is too long. At the time, though, no one believed us. Of course, while avoiding infection is certainly one driver of these online get-togethers today, for zoomers, online drinking parties that you can essentially start and finish whenever you want are a sensible means of communication.”

What is the best way to communicate with Generation Z, then?

Yōmaru provides the answer. “It’s really important to take a horizontal approach, looking at them from an equal level rather than looking down at them. Since zoomers realize that there is no right answer from experience, things won’t go well if you treat them in a condescending way. This is even more true now that the pandemic has shown that the common sense of the past doesn’t hold sway anymore.”

And the definition of what is “cool” is also changing, making a nontraditional approach necessary to gain the respect of Generation Z.

“Up to now, coolness was heavily based on appearance, or what could be seen—think smoking, fighting, and rebellious acts. For Generation Z, however, what matters more is the stand someone takes. Here examples are Billie Eilish, who daringly avoids feminine styles, and Taylor Swift, who doesn’t shy away from making political statements. The ‘it’ factor that has won the loyalty and support of fans is based not only on their talents as singers and songwriters but also on the strong beliefs and convictions they hold. To enjoy the support of Generation Z, you have to take your own stand and be able to communicate it.”

Although Not Believers that “Patience Wins the Day”...

Summing up the basic stance of Generation Z in one phrase, Yōmaru says, “They may not be believers in patience winning the day, but they’re a generation that puts everything they’ve got into what they enjoy.” As evidence of that, he notes that as old perceptions of what was once considered “good” are revised, only what is seen as truly necessary remains.

He continues, “Zoomers are harsh toward things they see as irrational or unreasonable, but they give everything they’ve got to what they like. For example, they don’t go out drinking with their colleagues, but they go to the gym every day. It might be that they shy away from job transfers, but have a strong motivation to move to the countryside. These drives come out in the career path students choose as well. I hear comments like ‘Dentsū is my choice if I’m looking for a job, but I’m also thinking about starting my own business’ from students who come to our company as part of visits putting them in touch with alumni from their alma mater. They’re actively working on disparities in the world, increasingly taking action to start businesses to address such issues.”

The group’s analysis reveals that a growing number of Generation Z students are aiming to do freelance work or start their own business as a result of their experience making money from what they like, such as by monetizing their YouTube and Instagram content. Yōmaru notes that this type of action by students is welcome as Japan’s global innovation ranking slides downward.

I myself belong to Generation Z, and many of my peers aimed to start their own business while still students. One started a bar before he graduated from university, and there was another who was managing a share house while studying. It is not so uncommon these days for new graduates to work freelance straight away as I do.

Yōmaru offers his conclusions for Generation Z into the future, saying, “In the end, their preferences, rather than their concept of the right or wrong thing to do, will be the primary factor influencing their actions.” The personalization pursued by zoomers is spreading to every area, and he notes that it is highly probable we will come to have a “society without correct answers.” It will be interesting to see how our society changes down the road as these free-thinking young people get older.