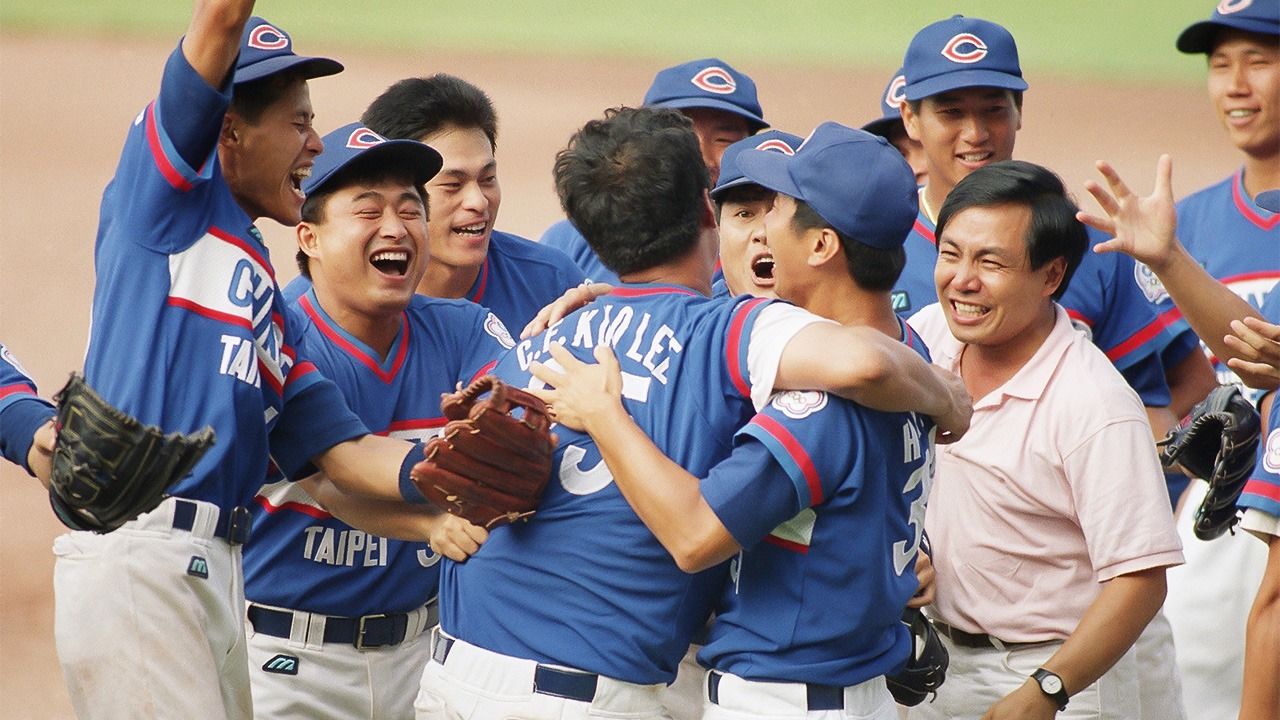 Cheering for Taiwan’s Olympians as a Japanese

Society Sports Tokyo 2020 Oct 16, 2021
As a Japanese writer living in Taiwan, the author has chosen to cheer on Taiwan, rather than Japan, during the Olympic Games. This is not just because of his deep affection for Taiwan; it’s also because of something that happened 29 years ago.

The Tokyo Olympics have come to an end.

In the 17 days of competition, Taiwan, competing as Chinese Taipei, achieved a bumper haul with a total of 12 medals, including 2 golds, 4 silvers, and 6 bronze medals, which greatly exceeded original expectations. This more than doubled Taiwan’s previous record of five medals at Athens in 2004. The exciting events were broadcasted on Taiwan’s internet TV channels for days and went viral on social media.

So, how did the Japanese living in Taiwan, including myself, see this spectacle? My impression is that almost all of us were full of goodwill and joy whenever Taiwan athletes won medals. “Congratulations Taiwan!” That’s a straightforward sentiment.

Having that said, the situation changed when I saw the men’s extra-lightweight (under 60 kilograms) final jūdō match between Taiwan and Japan. Being a Japanese, it’s natural for me to cheer for the Japanese jūdōka, yet I didn’t want Taiwan to lose either. I think many people were watching the match with similarly complicated feelings.

Still, as a Japanese, I chose to cheer for Taiwan during the Olympics. Some might think that I am weird or abnormal, but I do have my own reasons. I’d like to share what I’ve experienced so far, and what I think about Taiwan in relation to the Olympic Games.

The first Taiwan-Japan Battle was in 1992, when the Taiwanese media were still using “Sino-Japanese Battle” to describe games between the two sides. My first time to hear this term was in the baseball semifinals of the 1992 Barcelona Olympics, when baseball first became an official Olympic event. At that time, professional players were not allowed to join the event, and the teams were quite different from today. Cuba was said to be the team with overwhelming strength, followed by Japan, Taiwan, and the United States as the second-tier powerhouses. Eight countries in all participated in the tournament, and the preliminaries were held in a single round-robin tournament, with the top four teams advancing to the semifinals.

Japan finished in second place in the preliminaries, while Taiwan finished in third (both had the same number of wins, but Japan was ranked higher for giving up fewer runs), and thus they advanced to the semifinals. At that point, the Taiwan-Japan matchup was realized, and the winner would advance to the gold-medal game.

From the perspective of the Taiwanese, who hadn’t won any medals in the Olympics for some time, this victory was one they desperately wanted. Thanks also to the huge popularity of baseball in Taiwan, the match between Taiwan and Japan gained nationwide attention.

At the time, I was working in a publishing house in Taipei. On the day of the competition, I felt a strange atmosphere once I arrived at the office. I didn’t feel any different than usual myself, but no one would talk to me. Even when I asked my female assistant, “Is something wrong?” She just smiled and didn’t say anything.

Having heard what I asked, the director of the art department next to me replied: “It’s because of the Sino-Japanese Battle tonight.”

Perhaps because of my clueless expression of surprise, the art director added one more word: “Baseball!” It was then I realized that Taiwan and Japan would face each other in the semifinals.

Even though I thought to call it a Battle was still a bit too much, the office had already switched to the “battle mode” and I could feel people’s great hopes for the Taiwan team. When I responded, “Got it. I think it’d be great for Taiwan to win, so I’ll cheer for Taiwan too,” the art director flatly rejected that idea: “No.”

In the end, Taiwan won the game and advanced to the final round. The next day, when I arrived at the office, the atmosphere was still a bit odd. Everyone seemed to be waiting for me to arrive, and when I had settled in, the art director asked:

“Is there anything you want to say?”

“So, how are you feeling now?”

Everyone was laughing and seemed to be very happy. Looking at their sincere and harmless smiles, I found them adorable. I could not be angry at this situation.

From Sympathy to Empathy

On the day of the Taiwan-Japan semifinal game at the Barcelona Olympics, my words to the art director, saying it was great that Taiwan won, were from the heart. I really did mean them.

There was a reason behind my statement—an experience I had two years before the Barcelona Olympics, during the Beijing Asian Games in 1990.

That year, Japanese athletes were collecting medals as if they were digging a gold mine. Meanwhile, Taiwan just occasionally won a few bronze or silver medals, but no gold.

At that time, I was living in Japan in a rented house with some Taiwanese friends, and we gathered every night to watch the games on NHK’s satellite channel.

“Japan is mighty, isn’t it?” I was kind of proud to say that. In the face of its Asian competition, Japan was looking very strong.

What my friends were looking forward to was the men’s decathlon, where Taiwan’s top athlete, Lee Fu-an, had the best record in Asia so far. This was the most likely gold medal for the Taiwanese team.

At last, the two-day men’s decathlon got underway. On the first day, Taiwan’s athlete came out on top. Just a few days earlier, my friends had been suppressing their emotions, yet at that moment they could no longer hide their passions. “Go Taiwan!” they shouted. “Let’s win the gold medal!”

The next day, I came home from work, and my friends were watching the games on TV. They seemed a little depressed, though. “Did Taiwan win the gold medal?” I asked them.

“No way,” One of them replied dejectedly.

“Why? Wasn’t Taiwan in the lead yesterday?”

Lee had failed three times in the pole vault on the second day, leaving no record in that event and falling out of the running for a medal. (A second Taiwanese competitor, Ku Chin-shui, ended up with the silver medal, but this was not the gold they were hoping for.)

My friends looked very disappointed. The greater the expectation, the greater the disappointment. I found that my own pride—“Japan is mighty”—I had felt before had disappeared. My heart was full of sympathy for my friends.

My friends hadn’t given up yet. There was still a possibility that an unknown athlete would win gold unexpectedly, so they kept cheering hard. I decided to cheer for Taiwan with them. But even though several Taiwanese athletes made it to the finals, they lost and came up with either silver or bronze medals.

“We don’t need any more silver or bronze,” sighed my friends. “Even if there’s only one, I just want a gold medal.”

It was then I thought to myself: “Japan has been winning gold medals every day; we’ve got enough. Let’s save our effort and win more at the Olympics next time instead.” Even this was an extravagant thought, I must admit, given that my friends next to me were so hungry to see even one gold medal for their homeland.

This triggered a sudden change in my mind—I wished from the bottom of my heart that Taiwan could win a gold medal. My sympathy echoed my friend’s feelings and finally transformed into empathy.

There were only a few events left in the Asian Games, and I cheered for Taiwan in every one of them. I didn’t care if Japanese athletes were involved. I was just hoping that Taiwan would win a gold no matter what.

After a few days, sadly, the Asian Games ended with no first-place finishes for Taiwan.

The Beijing Asian Games came to an end. However, this marked a new beginning for me.

From that time forward, whenever there was an international sporting event, especially the Olympics, I would always cheer for Taiwan and hope for a Taiwanese gold medal. I moved out of that old shared apartment, and my friends, who had watched the Beijing Asian Games with me, also moved on to new places. Even so, I still remembered the strong desire we had when we were longing for the gold medal. “Oh God, please let Taiwan win gold!”

More than a decade later, during the Athens Olympics in 2004, I saw the news that Taiwan had won a gold medal. The winner was Chen Shih-hsin in the women’s taekwondo event. Although I didn’t know anything about the sport, it was great to hear the news. I was overwhelmed with joy because Taiwan had come out on top at last.

Almost two more decades passed. This time, it was the Tokyo Olympics. As I mentioned above, Taiwan has achieved excellent results this time, taking home 12 medals in all. Compared with the Taiwan of the 1990 Beijing Asian Games, this appears like a totally unexpected achievement.

Right now, I am not as emotional about Taiwan winning gold medals as I used to be. In some tournaments, Taiwan has improved to a level that could leave Japan in the dust. Still and all, I do cheer for Taiwan.

Whenever a Taiwanese athlete wins a medal in the Olympic Games, my Facebook is flooded with news and reports about it. Everyone grins from ear to ear. Seeing their adorable faces makes my day.

My 30 years of cheering for Taiwan during the Olympics and other global tournaments have finally brought me here—to this joyful experience.

(Originally written in Japanese. Translated by Leung Thomas King Tong as part of an internship program with Ritsumeikan University and edited by Nippon.com. Banner image: The Taiwan baseball team celebrating their victory over Japan in the Barcelona Olympics baseball semifinalson August 4, 1992. © AP/Aflo.)