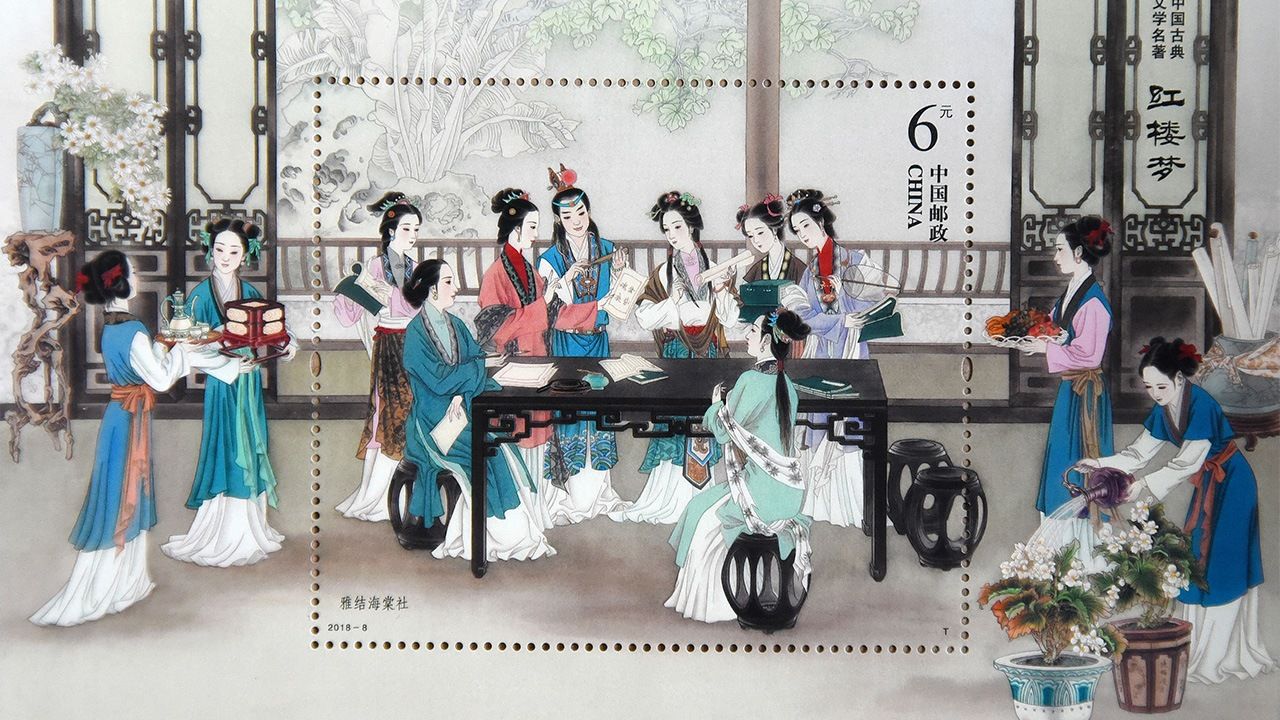 Epics of Aristocratic Love: “Dream of the Red Chamber” and “The Tale of Genji”

Books Entertainment History Culture Feb 10, 2022
Many Chinese classics have long been loved and read in Japan, but Dream of the Red Chamber is relatively little known. Japan-based Akutagawa Prize winner Li Kotomi recommends the eighteenth-century masterpiece, suggesting similarities with The Tale of Genji.

I was at an event planning meeting with a few other writers, and the idea came up of introducing our most recommended romance novels to readers. But my suggestion of bringing the Chinese classic Hong lou meng (trans. Dream of the Red Chamber) met with only confusion. 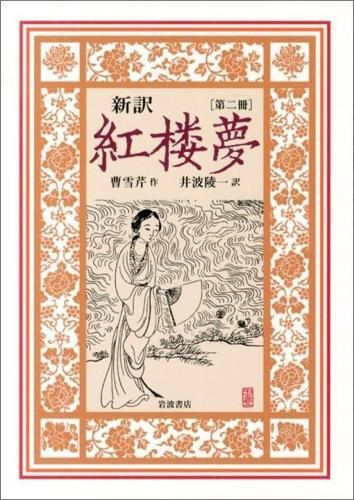 It seems that Japan prefers Western literature these days, even among those who read foreign literature, while Asia tends to be neglected. For example, the literary magazine Gunzō put out a special edition in June 2020 based on a survey asking 70 people in the literary world—authors, critics, bookstore staff, and researchers—to name their favorite translated novel. Only around a dozen named an Asian work (with South Korea most commonly represented). Reading the list made me sad, somehow.

Naturally, the state of international society and the differences in national power are reflected in publishing and literary translation, but in the particular case of Dream of the Red Chamber, it strikes me as something of a mystery of literary history. Nearly all of China’s classic novels have been popular in Japan and had an impact on its culture and literature.

For example, Shui hu zhuan (trans. The Water Margin) was adapted into the 98 volumes of Nansō satomi hakkenden (The Eight Dog Chronicles), several stories from the San yan and Er Pai collections became the basis for stories in Ugetsu Monogatari (trans. Tales Of Moonlight and Rain), and of course Xi you ji (trans. Journey to the West) became a popular television series in Japan. San guo yan yi (trans. Romance of the Three Kingdoms) and Feng shen yan yi (Investiture of the Gods) were adapted into manga, and further back, Jin ping mei (trans. The Plum in the Golden Vase) even inspired shunga erotic woodblock prints. And yet, the greatest of China’s literary classics, Dream of the Red Chamber, remains almost unknown in Japan.

I do suppose that it lacks the grand battles and sweeping drama that one finds in Romance of the Three Kingdoms or Journey to the West, and has no master of intrigue like the former’s Zhuge Liang nor characters matchless in combat like the latter’s Sun Wukong. The world Dream of the Red Chamber depicts is defined by delicate emotional subtleties and human relationships within aristocratic society. In more modern terms, while Romance of the Three Kingdoms and Journey to the West are big-tent entertainment, Dream of the Red Chamber is literary fiction, something personal to the author. It is no surprise then, that those earlier narratives are more popular.

Even so, I feel like it is still too little known. For here we have Genji monogatari (trans. The Tale of Genji), a novel that has been read in Japan for a thousand years. This too is a work that intimately depicts delicate emotional subtleties. A Japan which so loves Genji has no reason to ignore Dream of the Red Chamber. And yet it simply is not popular. Why is that? For anyone even slightly familiar with Japanese and Chinese literature, it really should be perplexing. I too was perplexed.

My doubts were settled, though, when I watched an online lecture by the scholar of Chinese literature Ōki Yasushi. He said that long ago, before the internet, novels that found popularity in China often had a lag of some 100 years before hitting it big in Japan. Since Dream of the Red Chamber was published in China in the late eighteenth century, that 100 years’ lag found Japan beyond the Meiji Restoration of 1868, when intellectuals’ interests had shifted from China to the West. “Aha,” I thought. That means that Dream of the Red Chamber is unknown in Japan because of a simple historical accident. But I found that accident so unfortunate that I have decided to take up the cause myself and offer my take on what makes the book so enchanting.

I was in elementary school the first time I picked up Dream of the Red Chamber. It was one of my father’s old books, and had been hidden on the bookshelves at my grandmother’s house. The title was enticing, but it was as thick a dictionary, and when I flipped through, I found that it had neither illustrations nor explanatory notes. Needless to say, I soon gave up. When I finally read it as a high school student, though, I found the extravagant world, elegant writing, sensitive poetry, and tragic love story utterly enchanting. I later took a class at university on the text, so I was able to reread it over and over with reference to all kinds of literary theory.

For those who have yet to read it, Dream of the Red Chamber is a 120-chapter novel published in the late eighteenth century. It is regarded as one of the greatest classics of Chinese literature, and has been loved for over 200 years. I have heard it said in China that if the world were to end and survivors could take only one book with them into space, many would choose this one.

The author was Cao Xueqin, but the story goes that for some reason the chapters from 81 on were lost (or never written in the first place?), so the currently published chapters 81-120 are thought to be later additions by a person named Gao E. For that reason, in some of the latter section characterizations change, and the story has inconsistencies. Eileen Chang, the famous Chinese author, said that there were three things she regretted in life: that shad have so many bones, that Chinese crab apple blossoms have no scent, and that Dream of the Red Chamber is unfinished.

The protagonist is nobleman Jia Baoyu, son of an aristocratic family. In those days, the respected path for men in society was to take the National Examination to become a bureaucrat and bring honor to his family, but Jia Baoyu prefers to spend his time with young women. He lives in a beautiful garden called Daguanyuan, where only women are allowed to enter. He spends his days there surrounded by talented young women immersed in conversation, feasting, and poetry.

While focusing on the decline of the heavenly Daguanyuan garden from its heyday to collapse and the tragic love between Jia Baoyu and the heroine Lin Daiyu, Dream of the Red Chamber vividly depicts the various human dramas of the aristocratic family, as well as their relatives and servants. The story is not limited to the mortal world, either. It extends to the celestial plane and world of myths, with over 700 named characters. If you include the unnamed the number goes beyond 900.

The number of characters and the epic scale invite comparisons with Japan’s great classic, and indeed some people have called it “The Chinese Tale of Genji”—while in Chinese speaking areas, that work is often called “The Japanese Dream of the Red Chamber.”

The books do indeed have many things in common. Examples include the strong influence of Buddhist thought (such as the view of impermanence and the concept of karmic response) and strong characterization, despite the large number of characters. In yet another coincidence, just as the last 40 chapters of Dream of the Red Chamber are considered the work of a separate author, some believe that the last ten chapters of Genji are not by Murasaki Shikibu. In terms of length, The Tale of Genji has 1,000,000 Japanese characters, while Dream of the Red Chamber comes in at around 800,000 Chinese characters, but when Chinese is translated into Japanese the number goes up, so they’re likely about the same.

The central figures of both stories, Jia Baoyu and Hikaru Genji, spend their time surrounded by women, and both are noblemen blessed with beauty and talent. However, I don’t want people to think that Jia Baoyu is a romantic flirt like Hikaru Genji.

I read Lin Wenyue’s Chinese translation of Genji when I was in university. It was so difficult I had to repeat sections over and over, and it took me a year to get through the whole thing.

I fear that I may anger fans of the story, but I ended up with an image of Hikaru Genji as a feckless playboy who went from one woman’s bed to the next. He would even revert to force if refused—meaning he was a rapist. He cast off some women when he was done playing with them, and others in his life died through the curse of ikiryō, living spirits of vengeance. At one point, Genji flees from political strife and complications with women to the provinces, but even in his life of despondency and exile ends up finding a new woman.

This playboy gene is passed on to future generations, and it is infuriating to read in the later Uji chapters how Kaoru and Niou—terrible stalkers—are so persistent in courting Ukifune that they drive her to attempt suicide. Even after reading all of Yamato Waki’s Genji manga, taking a university course on the 10 Uji chapters, and watching anime and film adaptations, I cannot bring myself to like the story, because every male character in it is pure garbage. No matter how much people tell me that men in the Heian period (794-1185) were expected to behave so, as a modern reader, I simply cannot enjoy Genji like a Heian reader would have.

That is one major difference between Hikaru Genji and Jia Baoyu, who simply does not treat women badly. No matter their station in life, he treats the women around him with consideration and meticulous care. The book is full of scenes where he does a girl’s makeup or combs her hair. Although he was born a man in an overwhelmingly male-dominated society, he never exploited his superior station, and always derided men, including himself, as “bearded, thick-browed, dirty things” and pronounced that “girls are made of water, men are made of mud.” He spent his life in the paradise of Daguanyuan with some 60 beautiful women, but the feelings he expresses are more akin to friendship and family feeling, with no room for sexuality to intrude. The only romantic feelings he expresses are toward a single person, the heroine Lin Daiyu, and those develop slowly over the course of their long life together. Their interactions are deeply spiritual. They simply recite poetry together, play games, and discuss Buddhism and history, sometimes arguing and sometimes making up.

Of course, the origins of Genji and Dream of the Red Chamber are over 700 years apart, and no one should judge the works solely on the character of the protagonist alone, ignoring all historical background. What I want to say is this: fans of the elegant aristocracy of Genji really should read Dream of the Red Chamber, while those who are irritated by the misbehavior of its male characters, including Hikaru Genji himself, absolutely must read it.

(Originally published in Japanese. Banner photo: Chinese postage stamp based on Dream of the Red Chamber.)