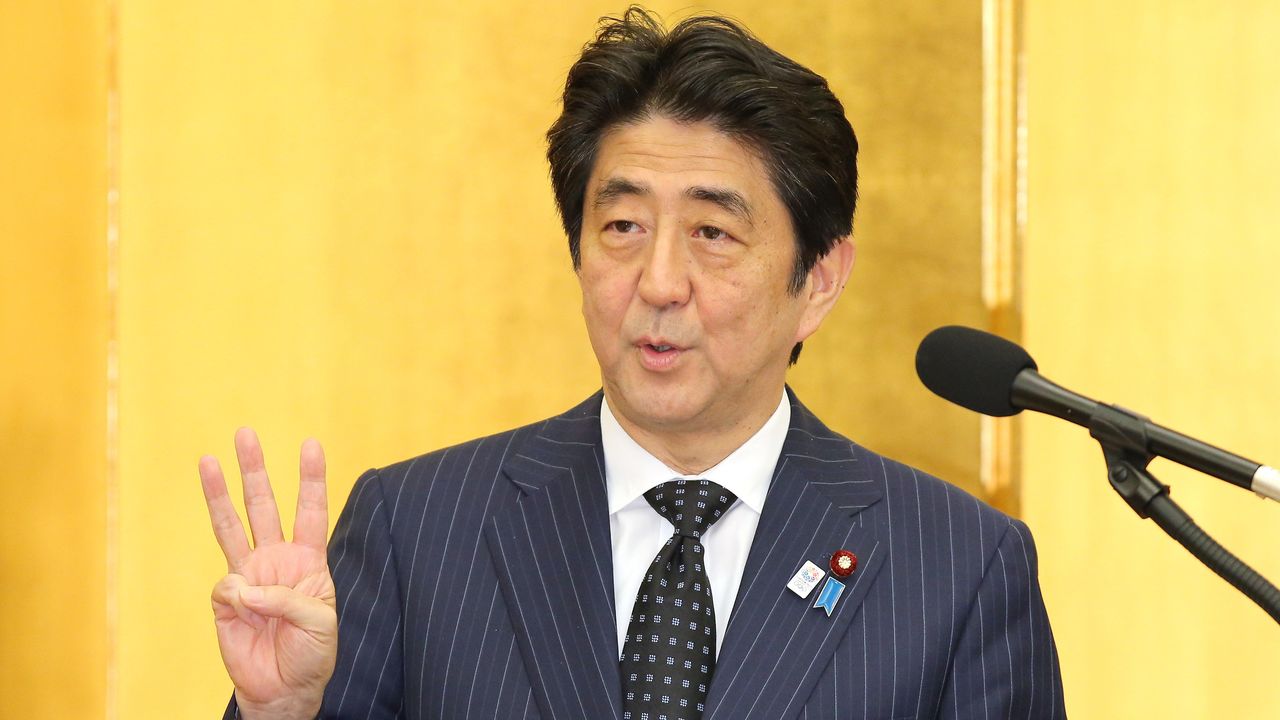 Abenomics: The Reasons It Fell Short As Economic Policy

Politics Economy Jan 19, 2022
Abenomics, the policy approach rolled out by Abe Shinzō and continued by Suga Yoshihide, is on the way out with Kishida Fumio’s advocation of a “new capitalism.” A look at what Abenomics involved, its effects on Japan’s economy, and the question of whether Abe achieved his intended objectives.

The Meaning of the Three Arrows

The administration of Prime Minister Kishida Fumio advocates a “new form of capitalism” that prioritizes income redistribution. Even as he was running for the presidency of the Liberal Democratic Party, Kishida called for a transition from the neoliberal polices that have continued since the reforms carried out by the 2001–6 administration of Koizumi Jun’ichirō, making it clear that he intends to draw a line with the economic policies of his two predecessors, Abe Shinzō (2012–20) and Suga Yoshihide (2020–21). To properly evaluate Kishida’s new capitalism, we must first clarify what economic policies Abenomics consisted of.

Opinion is divided about Abenomics, the key policies in the economic realm of the Abe administration. These underwent major changes during the Abe years, and they were not consistent from beginning to end. Despite these shifts, they retained the label of Abenomics, making a consistent evaluation difficult.

At the start of his new administration in 2012, Prime Minister Abe announced economic polices featuring three policy “arrows.” The first arrow in the quiver, aggressive monetary policy, would have the Bank of Japan implement quantitative easing. The second arrow, a flexible fiscal approach, anticipated massive public works spending. The third arrow was a strategy aiming for sustainable growth.

The BOJ’s quantitative easing policy, which it continues to implement, is the injection of vast amounts of liquidity into the economy through aggressive purchases of Japanese government bonds. The aim is to instill expectations that prices will rise among market participants. Should these inflationary expectations strengthen, the real interest rate (the nominal interest rate minus the expected rate of inflation) will theoretically decline; the hope was that higher capital spending would follow in turn. Deflation and low interest rates have persisted for many years in Japan, and there is little room for reducing the nominal interest rate further. For this reason, quantitative easing was seen as a way to lower the real interest rate by way of higher prices.

There is no guarantee, however, that prospects for higher prices will be sufficient to place the economy on a growth path. Prime Minister Abe believed that a fundamental overhaul of Japan’s economic system was needed to achieve sustainable growth. Policies for achieving this aim were growth strategies, the third arrow of Abenomics.

Structural reforms, however, will be accompanied by considerable pain as workers are forced to change occupations and as subsidies are terminated. Since the results of these reforms will not materialize immediately, fiscal expenditures, the second arrow of Abenomics, were needed to fill the gap as mitigation measures.

To summarize, Abenomics at the onset aimed to surmount deflation through monetary policies, to support the economy through fiscal expenditures for the time being, and to implement painful structural reforms at the same time to return the economy to a growth path.

In other words, quantitative easing and fiscal expenditures were meant to be temporary measures, and structural reforms were positioned as the core policy for achieving economic growth—at least, that is thought to be Abe’s initial thinking. Whatever people’s views about this policy package, they had to admit it had a logical basis for achieving sustained growth.

Following the start of the Abe administration, the content of Abenomics underwent gradual changes. The greatest change was the disappearance of structural reforms, which at one time were meant to be the core of the policy package. While repeatedly promoting these reforms at first, Prime Minister Abe eventually stopped mentioning the phrase, perhaps out of concern for his approval rating. What came to be presented as structural reforms were various subsidies and support for companies. Although such measures were important, they were no longer measures for achieving a fundamental overhaul of the economy.

As a result, Abenomics came to depend solely on the first arrow of quantitative easing. In what we might call the latter era of Abenomics, depending on how exactly we define the policy, it became nothing more than QE. While opinion is divided about Abenomics, if we take it to be only this, there is little doubt that it fell short as economic policy.

When Abenomics was first implemented, inflationary expectations materialized in foreign exchange and stock markets, which resulted in rising share prices and a depreciating yen. The consumer price index (all items), which was negative in January 2013 immediately after the start of the Abe administration, rose to 1.7% in May 2014. The index then turned negative, after which it rebounded to 1.5% in 2018. The index subsequently revisited negative territory toward the end of the Abe administration, influenced in part by the COVID-19 pandemic.

Viewed from the discipline of economics, Abenomics can be said to have been effective in generating inflationary expectations in the market and in reducing the real interest rate. Economic policies, however, are meaningless if they do not change the real economy. There is no avoiding the conclusion that the policy to surmount deflation was never realistic and ended in failure.

During the years of the Abe administration, real GDP growth averaged only 0.9% (2020 is excluded because of the COVID-19 pandemic). Corresponding figures were 1.0% for the 2001–6 Koizumi administration, 1.5% for the 2009–12 period when the Democratic Party of Japan was in power, and 0.9%, when Prime Ministers Hashimoto Ryūtarō (1996–98) and Obuchi Keizō (1998–2000) were engaged in massive public works spending. And not only does the Abe administration rank the lowest in GDP growth (annualized rate based on quarterly real GDP), personal consumption also recorded negative growth during the Abe years.

Some commentators maintain that Abenomics can be commended for reducing the unemployment rate and for increasing exports. The unemployment rate, however, simply held to its low level without joblessness becoming a social issue. While exports rose in value, they increased very little in volume, and it is plain to see that the growth of exports merely reflected the depreciation of the yen.

Since structural reforms were abandoned early on, it cannot be said that Abenomics contributed to dramatic changes in the export competitiveness of Japanese companies. Low wages are considered a problem in Japan, which means that citing the unemployment rate and exports as achievements of Abenomics misses the mark.

Objectively speaking, the unavoidable conclusion is that Abenomics failed. In reaching this conclusion, however, it is not the author’s intention to deliberately denigrate Abenomics. While Abenomics may rank last in numerical terms, GDP growth was low for all administrations under consideration. In all cases, sufficient growth was not achieved, a reality that deserves a closer look in terms of the study of economics.

The policies of the Hashimoto and Obuchi administrations can be understood as classically Keynesian, since they centered on massive public works spending. Quantitative easing, the one lasting portion of Abenomics, is plainly monetary policy. While it is difficult to identify a clear economic theory behind the structural reforms of the Koizumi administration, it is possible to classify them together with the supply-side economic policies adopted by the United States in the 1980s.

Setting aside the period of DPJ rule, which featured no prominent economic policies, successive administrations have implemented economic policies straight out of economics textbooks: Keynesian policies that work through demand, supply-side policies that strengthen the supply side, and monetary policies. What does it mean that none of these were able to place Japan’s economy on a growth path?

When Abenomics began to be implemented, many economic analysts argued that monetary policies would not be effective unless Japan’s rigid economic system were changed. These voices were disregarded as they were overshadowed by the enthusiastic support gathered by Abenomics. Their criticism similarly applies to public works spending. Although the massive outlays of the Hashimoto and Obuchi administrations led to a surge in government debt, the multiplier effect was insignificant.

The multiplier effect is commonly used to examine the effectiveness of fiscal expenditures. Theoretically, this effect is dependent on the propensity to consume. When many citizens are hesitant to consume, the effect of fiscal expenditures becomes vanishingly small. The huge uncertainties of Japanese consumers are restricting the growth of consumption, and it is highly probable that this situation is limiting the effectiveness of economic policies. The same can be said for the expectation that monetary policies would enable the growth of capital spending.

Keynesian economics assumes that people spend a certain portion of their income. Keynes also believed that consumption was strongly influenced by subjective factors. In his General Theory of Employment, Interest, and Money, he argued that people would refrain from spending income depending on the relationship between expected future income and needs. In other words, economic policies will not be fully effective unless the current weakness of consumer sentiment is replaced with confidence.

There can be no doubt that pensions, healthcare, and other social security issues are at the root of the uncertainties plaguing Japanese society. These uncertainties will not be eliminated without systemic reforms. What the administrations under consideration have in common is their failure to undertake the fundamental reform of the social security system. This, I believe, is the main reason for the stagnation of Japan’s economy.

(Originally published in Japanese. Banner photo: Prime Minister Abe Shinzō speaks about the three arrows of his economic policies at a reception following an academic meeting on Abenomics on May 30, 2013, in Minato, Tokyo. © Jiji.)