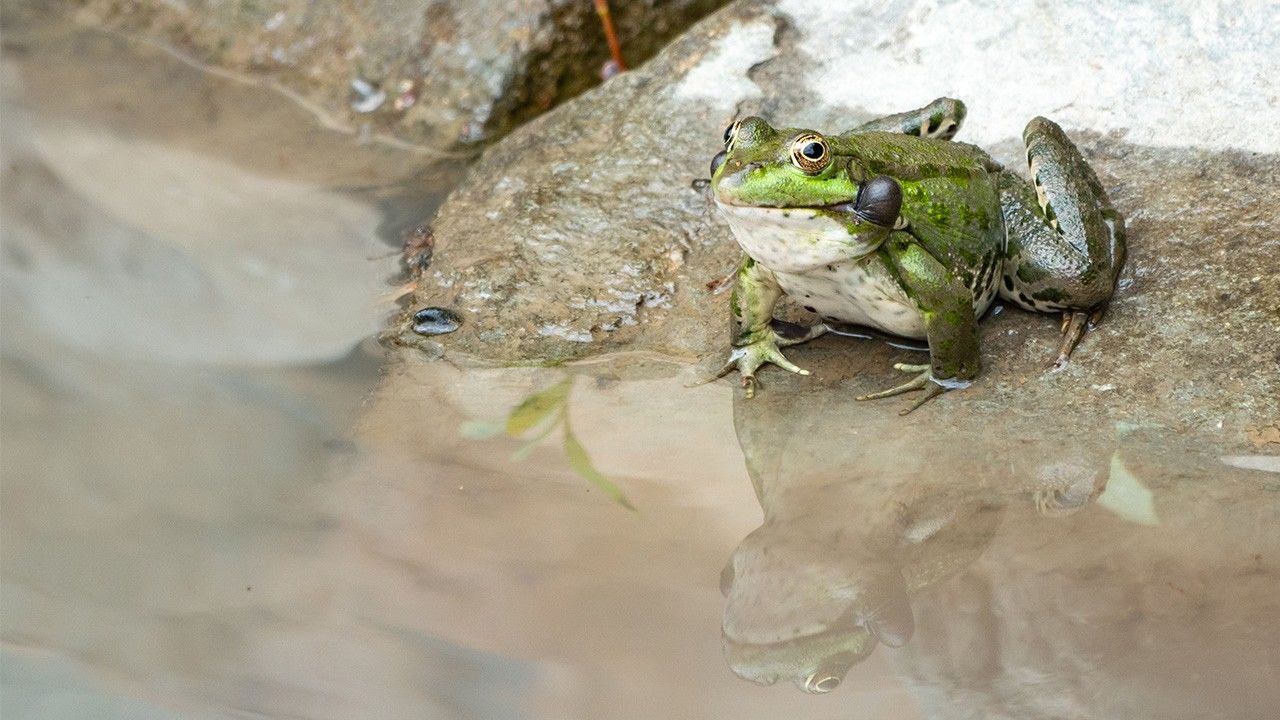 The Making of Haiku: An Introduction to Japan’s Poetry of Concision

Culture History Nov 18, 2021
Originally from Japan, the haiku has won appreciation around the world. This short form of poetry has its roots in earlier forms like waka and linked verse, but developed its own identity over centuries of composition by writers like Matsuo Bashō and Masaoka Shiki.

Old pond—
a frog jumps in;
the sound of water

Japan’s haiku have spread around the world, and poets are composing adaptations of the form in a multitude of languages. The poem of the frog and the pond is representative not only of the works of Matsuo Bashō (1644–94) but also of haiku themselves, and has made Bashō internationally known. Even so, few people can precisely define what haiku are. In this article, I will examine the nature and history of the form.

Characteristic for their brevity, haiku developed initially in the Japanese language. In Japanese, they must typically meet the following conditions.

The 5-7-5 form refers to the number of beats in each section. For example, Bashō’s famous haiku begins furu ike ya, which could be represented musically as five notes: ♩♩♩♩♩. However, haiku are not required to stick rigidly to this pattern. Writers may opt to have one extra beat in a section, which is referred to as jiamari. One beat fewer, also possible, is known as jitarazu, although this tends to be more unusual.

In the world of haiku, there are words associated with specific seasons, known as kigo. Poets often consult a saijiki dictionary, which collects and categorizes these season words. For example, the “moon” (tsuki) is categorized as an autumn word, while “flower” (hana), taken as referring to cherry blossoms, is classified as a spring word. In many cases, the kigo happens to have become associated with a season due to longstanding custom, and the saijiki acts as a guide to such conventions. Although it was considered acceptable to include multiple season words in the same haiku through the Edo period (1603–1868), in the modern era that became viewed as unorthodox, and the standard now is to use just one kigo.

There are traditional haiku that meet the two conditions described, and “avant-garde” ones that do not. The latter includes jiyūritsu (free-meter) haiku that ignore the form and muki haiku that do not include a season word. Nonetheless, simply meeting the two conditions is not enough. For example, putting a season word into a traffic safety slogan does not make it a haiku. The expression of the writer’s feelings and individual perspective is crucial.

While not a condition of being a haiku, the kire, or “break,” is another important element, separating the form into two parts. Often this break is signaled by the use of a kireji, or “cutting-word.” Typical examples are the particles ya, as in Bashō’s poem, and kana—which act as exclamations of emotion—or forms of auxiliary verbs like keri and ran. As one function of the kireji is as a focus of emotion, although it may seem apparently illogical, it can be placed at the end of the haiku. There are also haiku without a kire at all.

Before the haiku, the main form for Japanese poetry since ancient times was the waka in its short version of 5-7-5-7-7. If two writers collaborated, one writing the 5-7-5 section and the other the 7-7 section, this was known as renga (linked verse). From around the eleventh century, renga developed into long sequences of multiple sections with 5-7-5 and 7-7 alternating.

Within a hundred-section renga sequence, the first 5-7-5 part was called a hokku. It was composed by a guest at a gathering, including a topic matching the season with a mood of greeting the other participants. Both the form and season word in today’s haiku were carried through from the hokku.

In the medieval period, renga were generally perceived as a form of waka, which meant that they needed to maintain the same elevated vocabulary and tone. However, some poets found this overly restrictive and began holding their own gatherings encouraging free use of wordplay and commonplace vocabulary. Their creations became known as haikai no renga or haikai for short, and outstripped traditional renga in popularity during the Edo period. Among the most famous haikai practitioners were Bashō, Yosa Buson (1716–83), and Kobayashi Issa (1763–1827).

Poets initially composed with the idea that they were creating part of a sequence, and the hokku was seen only as a starting point. Gradually, however, the 5-7-5 hokku began to be appreciated as an individual work in its own right. Incidentally, all such poems were called hokku during the Edo period, although it has become standard to talk of, for example, Bashō’s haiku, even if that term did not exist in his lifetime.

Shiki and the Birth of the Haiku

The modern history of the haiku begins in the late nineteenth century with Masaoka Shiki (1867–1902). He denied the literary worth of haikai no renga beyond the original hokku, viewing the 5-7-5 poem as complete in itself, and renaming it the haiku. Contrasting with the group activity of the haikai, the haiku was a creative individual endeavor. Shiki also advocated following the shasei (sketch from life) method in composition, under the influence of Western art.

Takahama Kyoshi (1874–1959) was a literary successor to Shiki, maintaining the emphasis on form and season words in traditional haiku, as well as objective sketches from life and a focus on natural beauty. A key phrase associated with him is kachō fūei, which means the praise and expression in poetry of natural phenomena, including people. In contrast, Kawahigashi Hekigotō (1873–1937) was a central figure in a movement of more socially engaged, new-style haiku, which might deviate from the standard form or omit season words. These opposing approaches to the haiku—traditional and avant-garde—have continued until the present day.

Bashō raised the light literature of haikai into a highly symbolic form of poetry, and his works became the wellspring for haiku. His “frog” poem was originally a hokku followed by a 7-7 section composed by one of his disciples; the season word “frog” is associated with spring. It simply describes an old pond and the sound of water from a frog jumping into it, but there are many interpretations of what Bashō was trying to express.

Some have suggested his aim was to deliberately shift from the waka tradition of connecting frogs with their calls to create a fresh image of the creature leaping into water. In the famous kana preface to the tenth century collection Kokin wakashū (Collection from Ancient and Modern Times), there is mention of the calls of the frog, but replacing those with splashing water may have been the poet’s way of expressing the joy inherent in the arrival of spring.

However, his disciple Kagami Shikō (1665–1731) wrote that Bashō had been deep in meditation when the sound of the frog entering the pond carried him to enlightenment, and this has inspired a variety of profound analysis. Many commentators make a connection with Zen and other Buddhist teachings. The poem has established itself as a symbol of haiku in its fame and influence.

Cockscombs—
there must be
fourteen or fifteen

Shiki, the author of this poem, spent much time bedridden due to tuberculosis of the spine, and died at the age of 34. Even so, he was able to revolutionize the haiku form.

Here the season word is the cockscomb, representing autumn. The garden plant is known for its bright red stalk and flowers in early fall. The kireji is beshi. Shiki composed the haiku at the age of 33, while confined to his bed and looking out at the cockscombs in the garden. While there has been debate over its literary merits, it certainly applies the shasei approach of sketching from life, putting into words the lucid sensation of all that touches Shiki’s consciousness to convey the deep emotion that comes from being alive.

(Originally published in Japanese on October 12, 2021. Banner photo: A frog prepares to jump into a pond. © Pixta.)