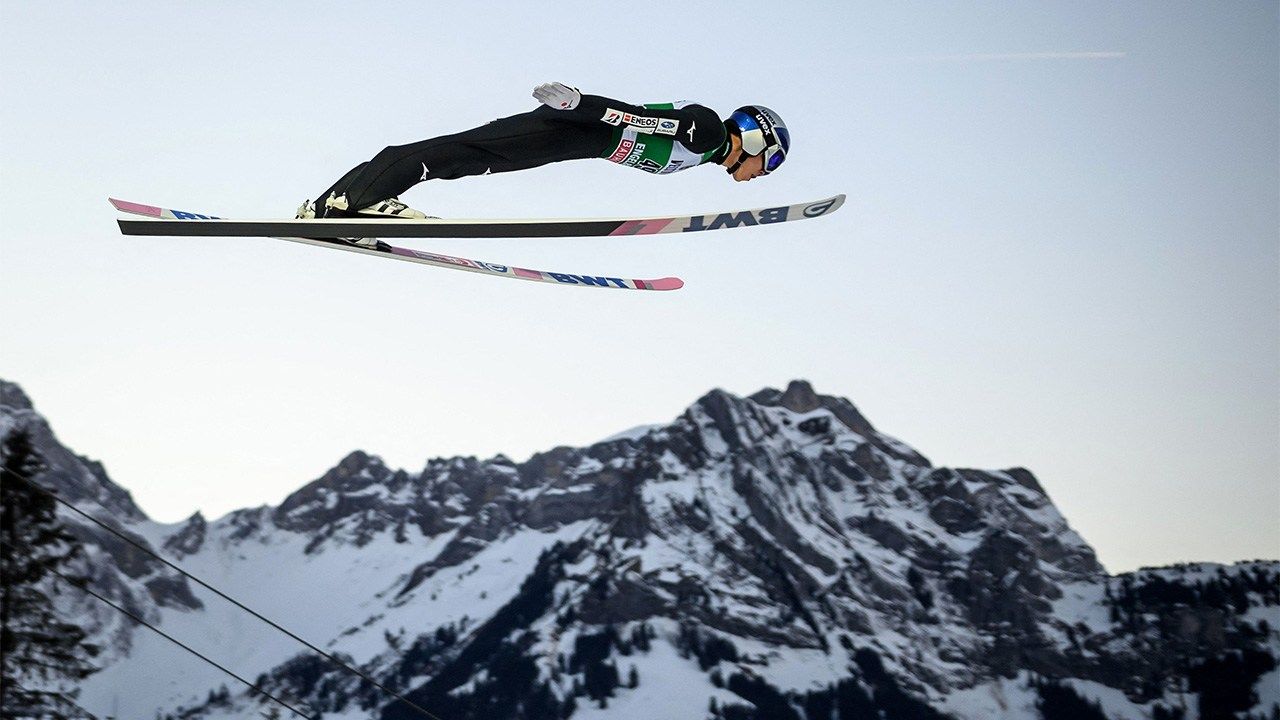 Sports Feb 4, 2022
Japanese ski Jumper Kobayashi Ryōyū is in fine form heading into the Beijing Winter Olympics. The 25-year-old is at the top of the World Cup standings and is coming off a dominant showing at the prestigious Four Hills series, the final qualifying event before the games. Still, he will face a competitive field and must pull out all the stops if he hopes to capture Japan’s first men’s individual gold in more than two decades.

Japanese ski jumper Kobayashi Ryōyū is enjoying a stellar season ahead of the Beijing Winter Olympics. As of January 23, the native of Iwate Prefecture is a close second in the World Cup rankings with 6 titles and 2 silvers in 17 appearances on the large hill, including his second championship in the renowned Four Hills series. While the Olympics will present Kobayashi a slew of challenges to contend with, including an unfamiliar venue, he is looking to ride his momentum into the competition in a bid to bring home gold for Japan. 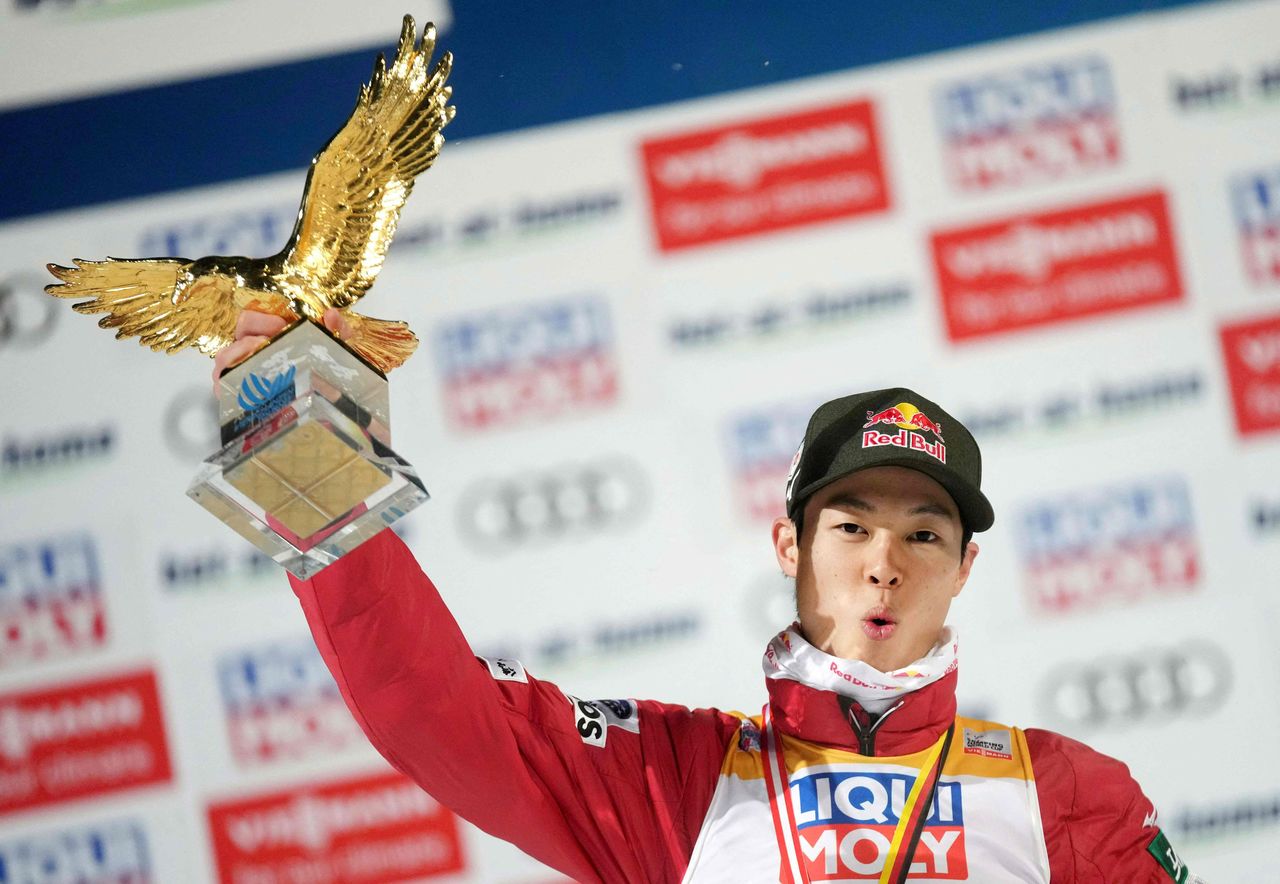 Kobayashi Ryōyū lifts the golden eagle trophy after clinching the overall title at the Four Hills Tournament in Bischofshofen, Austria, on January 6, 2022. (© AFP/Jiji)

The 25-year-old Kobayashi has quickly risen to be a force on the World Cup tour. In 2019 he won the overall championship for the first time and had top-five finishes in the subsequent two seasons, coming in third in 2020 and fourth in 2021.

Key to his success has been his consistency and his rock-solid technique. In particular, he is known for maintaining a stable crouch on the inrun, the first part of the ski jump extending to the end of the ramp, and for timing his takeoffs with near perfection. Kobayashi has learned from a Japanese legend of the sport, mastering these lessons to become one of the top ski jumpers in the world.

Kobayashi was born in Matsuo, a village nestled in the Ōu Mountains. Iwate is not known as a cradle of ski jumping, a title that is held by the prefectures of Hokkaidō and Nagano, but Kobayashi took up the sport as a boy through the influence of his older brother Junshirō, who will be his teammate in Beijing. He made his first halting jumps in elementary school off a home-made ramp in his yard. When in the fifth grade, his prowess in ski jumping and the Nordic combined earned him a spot in a newly launched prefectural initiative supporting gifted youth athletes.

Participating in the program for two years, Kobayashi tried his hand at various sports, and being naturally athletic, he excelled at most. He earned highest marks in pursuits like wrestling and rugby, with his great agility giving him a distinct edge. He also took part in monthly seminars in areas such as strength training meant to lay the groundwork for a career in sports. Outside the program, he played baseball in elementary school and was on the soccer team of his junior high.

Kobayashi had his pick of sports, but he eventually settled on ski jumping and the Nordic combined, following in brother Junshirō’s footsteps. He won national titles in junior high and high school, but his accomplishments as a junior competitor fell short of his sibling, who steadily pulled ahead in the trophy count. 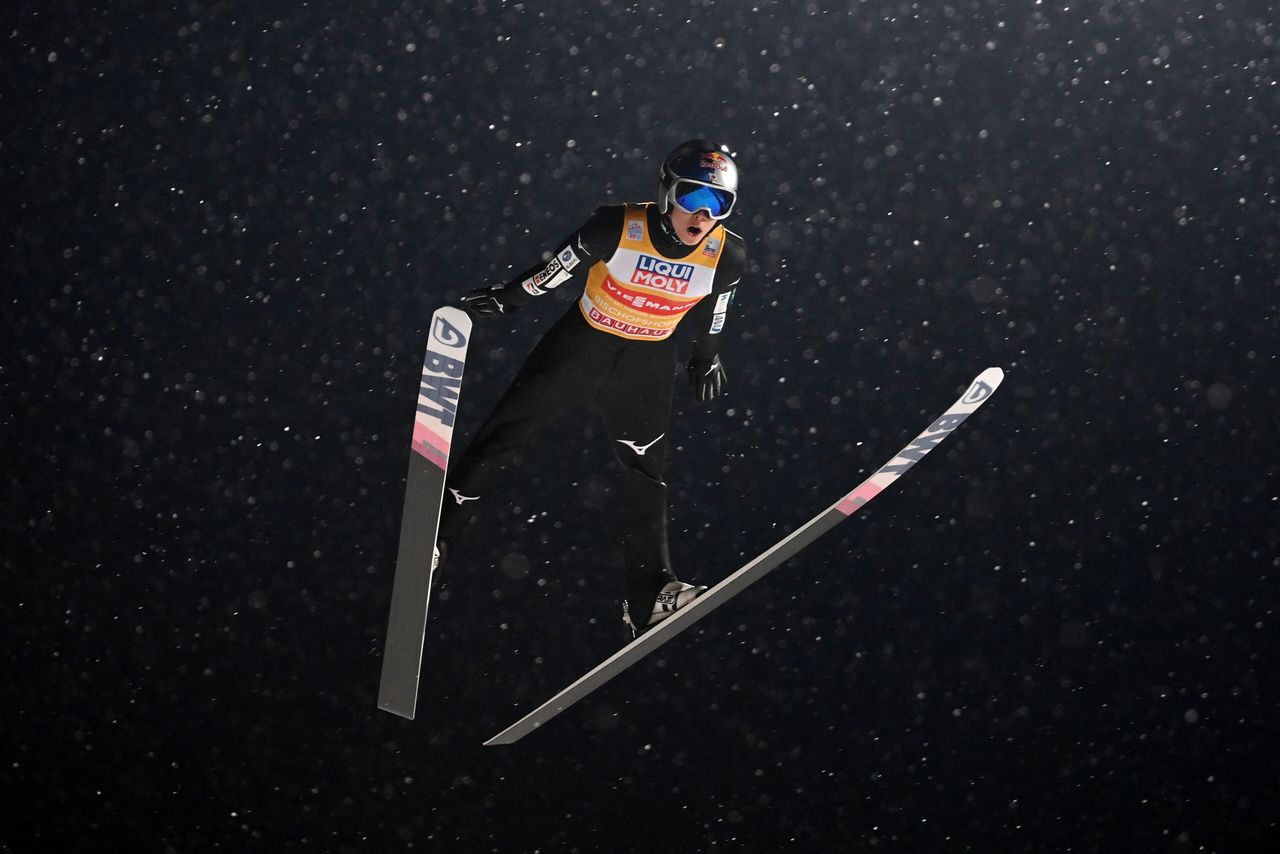 Kobayashi sails through the falling snow during the last leg of the Four Hills tournament in Bischofshofen, Austria, on January 6, 2022. (© AFP/Jiji)

Kobayashi’s life as a competitor changed when he met ski jumping legend Kasai Noriaki. A veteran of eight Winter Olympics, Kasai was impressed by Kobayashi’s jumping style, which he considered similar to top European competitors. Kasai was competing and coaching for a company-sponsored team and offered Kobayashi a spot.

After joining the team, Kobayashi decided to drop the Nordic combined to focus solely on ski jumping. Kasai, who is still active on the ski jumping circuit, took him under his wing and taught him all the tricks of the trade he had learned over his long career, including how to propel off the ramp and ways for staying calm when the pressure is on. It was not long before these sessions started paying dividends.

Kobayashi in his first year with the team made his debut at a World Cup event in Zakopane, Poland, during the 2015–16 season, where he placed seventh. He joined the World Cup tour in earnest the following season, but he would need time to hit his stride.

In 2018, he earned a spot alongside Kasai and his brother Junshirō on the Japanese team for the Pyeongchang Olympics. Although something of an unknown going into the games, he stepped into the spotlight with a seventh-place finish on the normal hill, the highest of any Japanese competitor, and then in the “ace” role as the pivotal final jumper for Japan during the team competition. 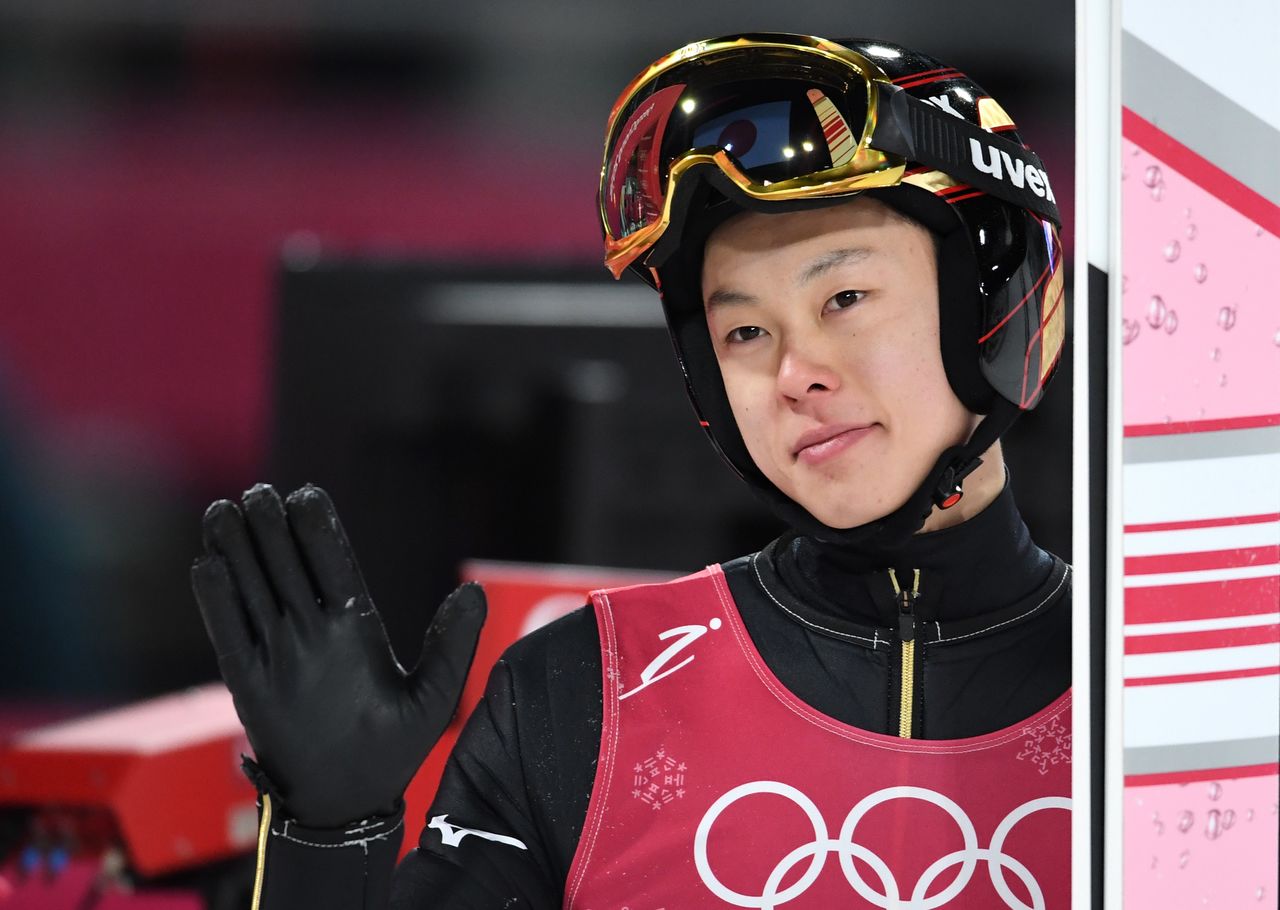 Kobayashi during the normal hill competition at the Pyeongchang Olympics on February 10, 2018. (© AFP/Jiji)

The 2018–19 World Cup circuit was Kobayashi’s breakout season. He took the lead in the standings in just the second event in Ruka, Finland, his inaugural win on the tour, and never looked back. He would claim a total of 13 World Cup titles, the second-most in a single season, on his way to becoming the first ski jumper outside of Europe to win the overall championship.

Looking back at the accomplishment, Kobayashi credits his stability coming down the ramp. “Being consistently solid on inruns made all the difference.”

Strong in Any Weather

While winning a World Cup title requires consistency over the long run, success at the Olympics calls for competitors to be ready on the day. Kobayashi has yet to earn an individual medal in his three outings at the biennial World Ski Championships, which raises concerns about whether he will be able to step up his game in Beijing.

In ski jumping, though, weather conditions can also have a huge impact on a competitor’s showing. It is anyone’s guess what conditions will be like at the “Snow Ruyi,” the Zhangjiakou National Ski Jumping Center, but armed with the skills learned under Kasai’s guidance, Kobayashi has demonstrated the ability to perform even in less-than-ideal circumstances.

Kobayashi will likely compete in all four ski jumping events at the games: the normal hill, the large hill, the team large hill, and the newly added mixed team competition. The first of these, the normal hill, kicks off on February 5, and fans will be watching intently to see if Kobayashi will spread his wings and soar to the top of the medal podium.

(Originally published in Japanese. Banner photo: Kobayashi Ryōyū glides against a backdrop of mountains during a World Cup events in Engelberg, Switzerland, on December 18, 2021. © AFP/Jiji.)