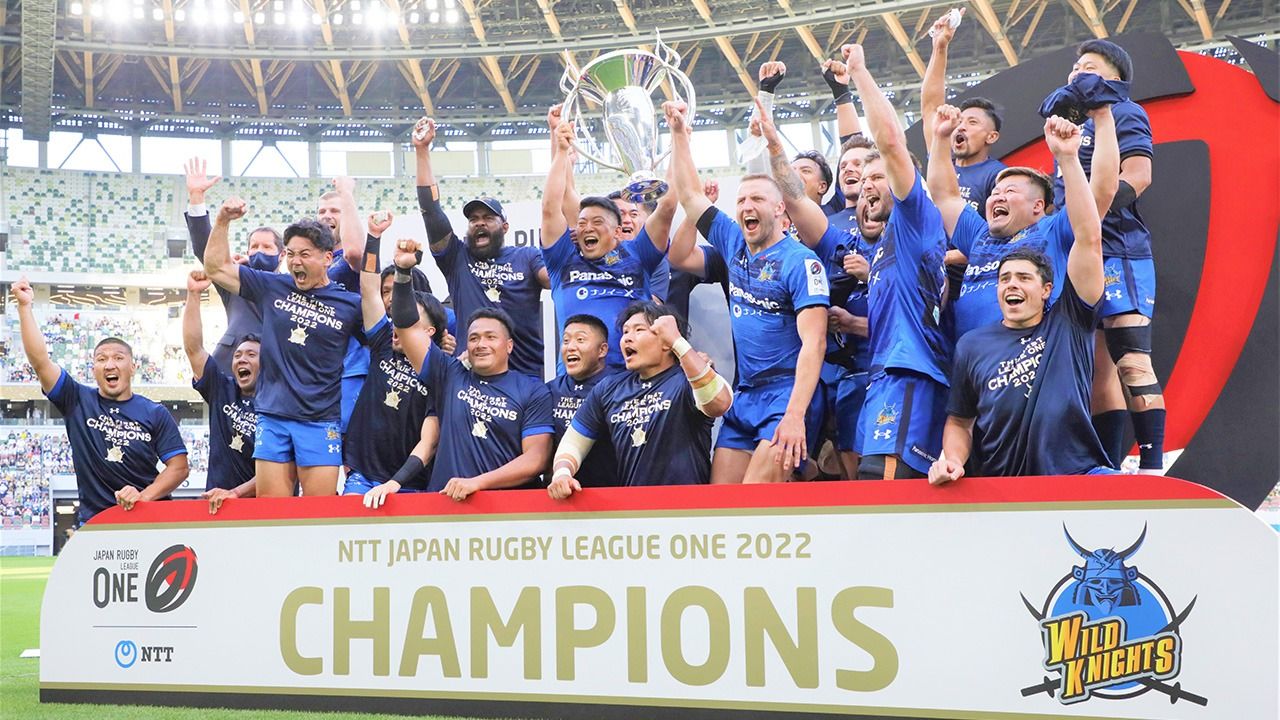 League One Season Review: Topflight Rugby in Japan Finding its Footing After Relaunch

Sports Jul 19, 2022
League One, Japan’s top-tier professional rugby competition, closed out its first season since being revamped in an effort to bolster the level of the sport in the country and attract new fans. It was a bumpy ride at times for clubs and league management, who had to deal with a slew of challenges presented by the COVID-19 pandemic. Below we consider what changes are needed ahead of next season.

Off to a New Start

The 2022 launch of Japan Rugby League One marked a new chapter for professional rugby in the country. Formerly the Top League, the competition kicked off in January and showcased 24 teams across three divisions—12 in the first tier and 6 each in the second and third. Clubs dropped the names of corporations fielding teams—a feature of the Top League since 2003—for regional designations, and were given more autonomy in business matters. The league also bolstered its lineup of foreign players with several international superstars, increasing its appeal at home and overseas.

The Saitama Wild Knights were crowned champions of the inaugural season, downing Tokyo Sungoliath 18–12 in the final at the new National Stadium in Tokyo on May 29. The match featured such Japanese national team players as Wild Knights’ Yamasawa Takuya and Inagaki Keita and Sungoliath’s Nagare Yutaka and Nakamura Ryōto. Spectators also cheered on Tokyo’s Damian McKenzie, but it was Saitama’s world-class defensive system that carried the day, holding the league-leading Sungoliath offense tryless.

Although All Blacks star McKenzie came up short for his team in the final, he demonstrated that rugby in Japan has plenty to offer top international talent. During the season, he wowed fans with his ability to make big plays and led the league in scoring. As the stakes increased during the playoffs, though, his abilities as a team player showed through, solidifying his role as a central pillar of the club. 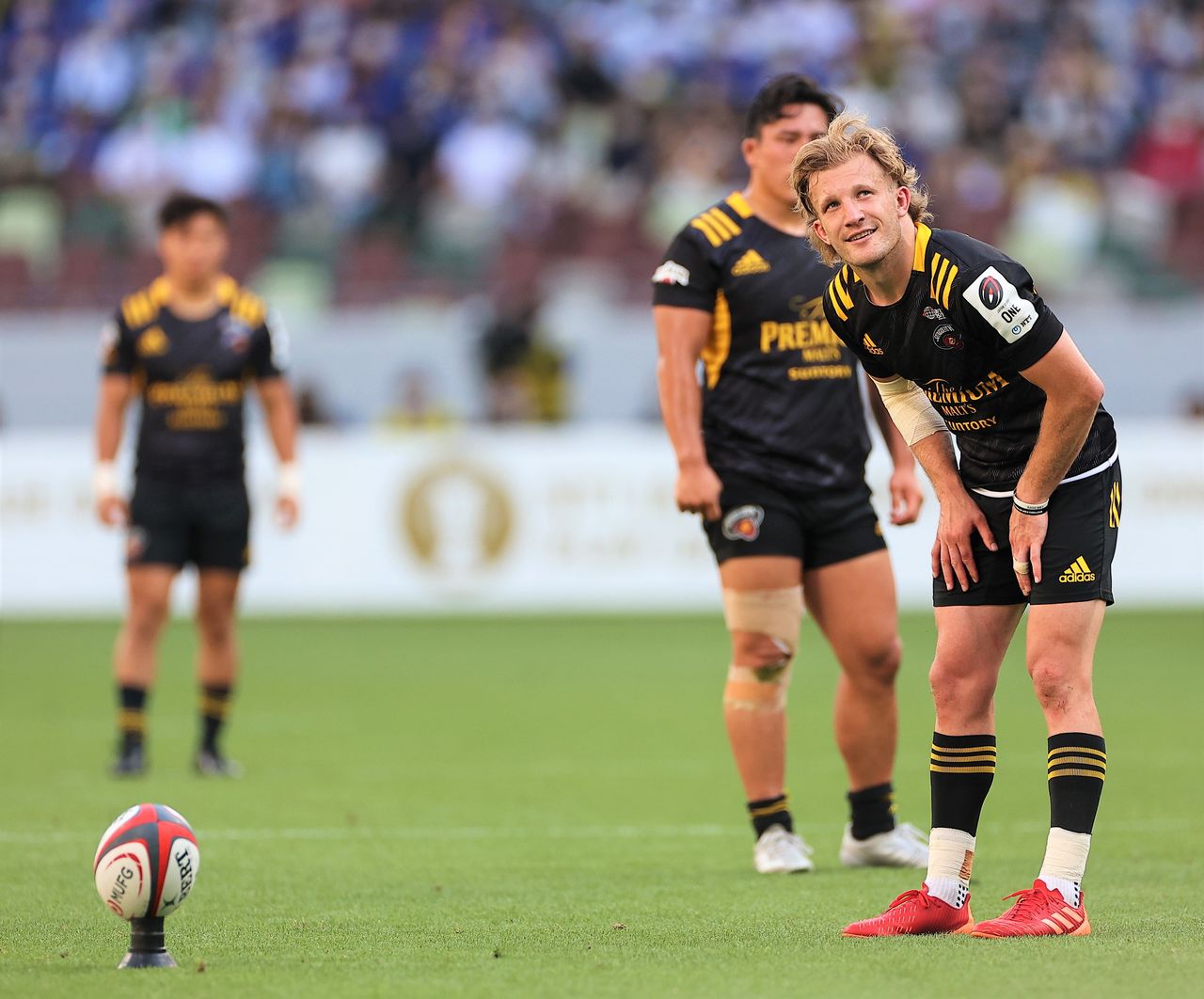 New Zealand player Damian McKenzie flashes his iconic smile before taking a penalty kick during the League One final. (© Jiji)

A New Approach to Rugby

A major change with the launch of League One was that clubs now run their own promotional activities, including holding the rights for ticket sales and venue management, rather than the governing body Japan Rugby Football Union, as was the case with the Top League. Subsequently, it falls to organizations to come up with distinct business and marketing strategies to attract sponsors and build their fanbases.

The Wild Knights, for instance, established new management company Panasonic Sports shortly after the season kicked off. In doing so, it joins Panasonic Holdings Corporation’s other professional teams, volleyball squad Panasonic Panthers of the V. League and J. League soccer side Gamba Osaka, in becoming a fully commercial venture, with the firm managing promotional events for home games and bolstering the team’s businesses activities in other ways.

Of particular interest has been the club’s effort in building a regional presence. The Wild Knights originally had a clubhouse in Ōta in Gunma Prefecture. But in August 2021, it chose Kumagaya in neighboring Saitama Prefecture, one of the venues for the 2019 Rugby World Cup, as its new hometown. In September, the Knights opened the Kumagaya Sports Hotel overlooking the team’s practice ground, and in March of this year, it launched the Wild Knights Clinic, a chiropractic and rehabilitation facility that serves players as well as other athletes and members of the surrounding community.

Tokyo Sungoliath, on the other hand, has taken a different approach. When competing in the Top League, the team was managed by Suntory Group’s corporate social responsibility division. With the start of League One, it remained part of the conglomerate, but was brought under the umbrella of the newly formed sports business development section.

The club’s general manager, Tanaka Kiyonori, calls this a “hybrid” system.” Up to now, the team operated solely on the yearly budget it was allocated,” he explains. “From this year forward, though, we also have to develop new commercial opportunities with the aim of creating a sustainable sports business model. The approach makes us something of a cross between a sports club and a business organization.”

Other League One teams will have to consider their needs in deciding whether to follow the Wild Knights in becoming fully professional sports clubs or take the Sungoliath hybrid approach. Although there is no right answer, the directions organizations take will be crucial in determining the future of professional rugby in Japan.

All in a Name

Looking back on League One’s first season, a number of issues stand out. Perhaps the most obvious was the difficulty in keeping the names of clubs straight. With teams dropping their corporate titles for regional designations, five clubs in the first division wound up featuring either Tokyo or Tokyo Bay as part of their names. Nicknames tended to be a mouthful, and the use of abbreviations like BL Tokyo (Brave Lupus Tokyo) and BR Tokyo (Black Rams Tokyo) only compounded the confusion.

The trouble with new team names was highlighted by the bewildering tendency of foreign-born coaches to continue referring to opponents by their old corporate designations out of convenience, which seemed to reporters like myself as giving credence to the practice. If clubs are to increase their regional presence, the league and teams will need to come up with a strategy for making names catchier and easier to distinguish.

The league’s COVID-19 policy also proved to be a point of contention. It was up to organizations to control infections among staff and players, and teams that were unable to field a full roster prior to a match were forced to forfeit the contest. However, this hardline approach ended up working against clubs as they tried to get their fledgling operations off the ground, with 18 of the 96 scheduled games being cancelled.

Team representative for Green Rockets Tōkatsu, Kajihara Takeshi, expressed his frustration at the policy in the July issue of Rugby Magazine. He described the team having one of its eight home games cancelled as “a major blow to our bottom line” and stressed that there was “room for improvement” with regard to the policy, which does not allow for matches to be rescheduled. “Sponsors paid to advertise at the game, and there were other commitments that also came to naught. I hope the league recognizes just how seriousness an issue this is.”

The league cannot ignore the financial burden and other harm to clubs from cancelling matches. It remains unclear, however, what changes, if any, it will make ahead of next season. 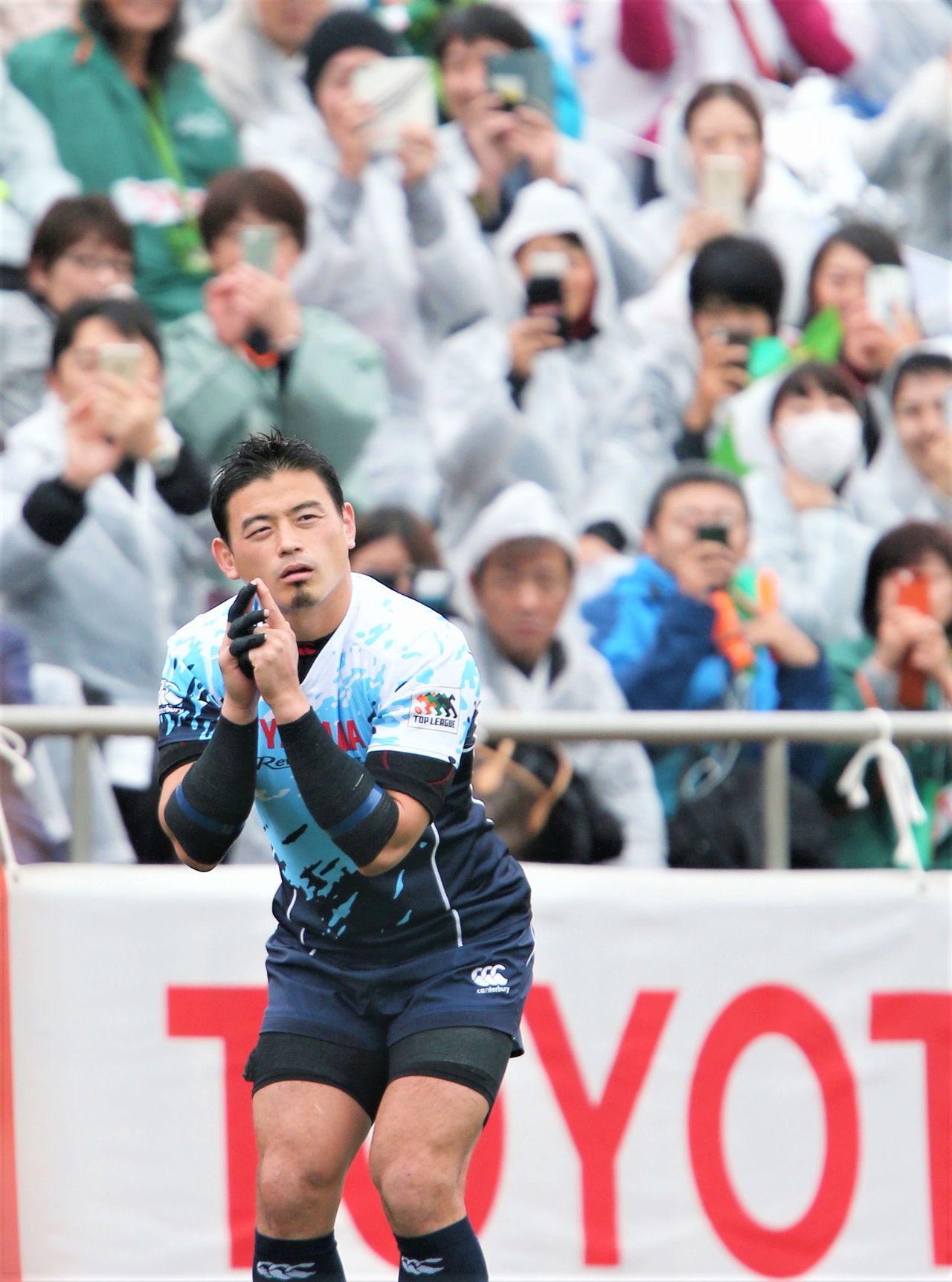 Gorōmaru Ayumu during his days playing for Yamaha (now the Shizuoka Blue Revs) strikes his trademark pose ahead of taking a kick. (© Jiji)

The inaugural season has given clubs a lot to mull over, and organizations are using the off-season to revamp their strategies, including optimizing staff and thinking up different ways to draw fans and improve the stadium experience. Unfortunately, the league’s new business approach has claimed casualties, with several teams either downsizing their operations or withdrawing from the competition altogether. However, there remains ample room for the league to grow as long as organizations use the lessons of the pandemic-marred 2022 season to improve governance and management.

Next year’s Rugby World Cup in France gives the league a golden opportunity to capitalize on the excitement generated by the tournament. Fans in Japan will closely follow the progress of the national team, but there is a real chance that the interest stirred up by the event will quickly dissipate after the final whistle and that rugby will fall off the public’s radar for another four years. To avoid this, League One should look to successful domestic leagues for sports such as baseball and soccer as guides in developing teams with strong hometown identities that keep fans coming to matches.

(Originally published in Japanese. Banner photo: The Saitama Wild Knights celebrate becoming the first champions of Japan Rugby League One after defeating Tokyo Sungoliath at the National Stadium in Tokyo on May 29, 2022. © Jiji.)