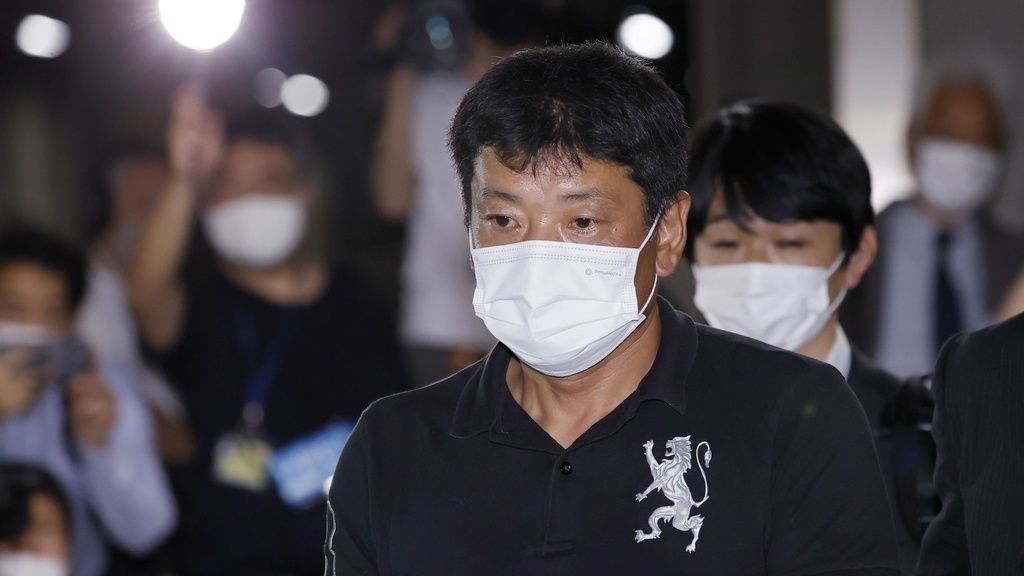 Society Health Aug 17, 2022
Subsidies totaling ¥5.5 trillion have been paid to sustain businesses whose sales have plummeted in the COVID-19 pandemic. Accompanying this has been unprecedented fraud, though, with 3,770 arrested as of the end of May for illicitly claiming subsidies. Okukubo Yūki, author of a book on pandemic-related fraud, talks about the situation. 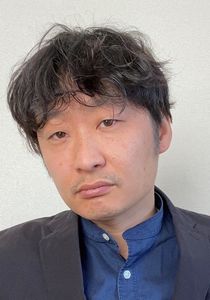 Freelance writer. Born in 1980 in Ehime Prefecture. Received a BA in economics from Sophia University. After doing studies at the City University of New York, he went to China, where he investigated social issues such as medical care and intellectual property rights. He returned to Japan in 2008 and began contributing articles to weekly and monthly publications while investigating how national policies and international events affect those on the periphery of society. In 2016 his Weekly Spa article on abuse by foreign residents of the national healthcare system was taken up in debate in the Japanese Diet, eventually leading to reforms of Health Insurance Act. His books include Rupo shin-gata korona sagi: Keizai-taisaku 200-chō en ni sukuu shōtai (Special Report on COVID-19 Subsidy Fraud: The Exploitation of ¥200 Trillion in Economic Measures).

A Burgeoning Crowd of Young Suspects

INTERVIEWER  Thousands of arrests have been made in connection with fraudulent claims of pandemic benefits intended for businesses harmed by COVID-19 and the reduced consumption accompanying it. Why have these scams reached this level?

OKUKUBO YŪKI  One major issue is the fact that an unprecedented amount of money from the national treasury was devoted to this massive economic measure, and the government and related organizations were under pressure to pay out the funds promptly. Another reason is the fact that criminal ringleaders started working on scams immediately after the launch of the subsidy payment system. I imagine that those among them with a nose for this sort of thing quickly realized that there was great potential for scams of this kind to be successful. A feeling seems to have spread among their accomplices, who participated in name-lending schemes allowing the creation on paper of nonexistent businesses to apply for payouts, that the anxiety in society caused by the COVID-19 pandemic created the perfect conditions for them to swindle as much money as they liked.

INTERVIEWER  Seventy percent of the suspects arrested on suspicion of fraudulent receipt of subsidy funds are in their twenties or even younger. Why do you suppose so many young people have engaged in this sort of crime?

OKUKUBO  I think probably they applied for subsidies based on the idea that they would be losing out if they didn’t receive any money, without even being aware that what they were doing was fraud, because they were encouraged to apply by older people. Quite a few university students nowadays are active in cryptocurrency and forex investment. They are actively involved in making money.

INTERVIEWER  Fraudulent receipt of financial subsidies is clearly a scam. In spite of this, do you believe that defrauding a public fund entails some different sense of guilt in the perpetrator than defrauding individuals would?

OKUKUBO  The kind of bank transfer fraud in which elderly people are scammed out of their retirement benefits is the kind of crime that would weigh on anyone’s conscience to some degree. In contrast, however, there’s much less guilt involved in scamming a government that has set aside money in its budget for the purpose of distributing funds widely among the populace. And when someone is encouraged to engage in this sort of fraud by a crime ringleader, all one has to do is provide the ringleader with one’s name, bank account, a copy of a driver’s license, and the like, and the ringleader does the rest. Since such a person doesn’t get his own hands dirty, he doesn’t feel as guilty. Those who encourage others’ participation in schemes of this sort say things to lessen the sense of guilt. One cliché that seems to pop up commonly in such cases is “If it were illegal, it wouldn’t have been approved.”

INTERVIEWER  Is this done to reassure the accomplices?

OKUKUBO  Yes, because if the bureau with jurisdiction approves the application then one could say that there was nothing wrong with it. This is something mentioned often at gatherings of people who are to allow their names to be used in the scams. I think it works psychologically like “if everyone crosses the street when the light is red, then it isn’t scary.”

One in Ten Applications Suspicious?

INTERVIEWER  Some of the people involved in this fraud are in professions that demand a high degree of ethics, such as employees of the National Tax Agency and career bureaucrats at the Ministry of Economy, Trade, and Industry? Why is this?

OKUKUBO  Illegally receiving money from the subsidy program for the sustainability of businesses doesn’t require knowledge of any advanced techniques known only to NTA officials. This may have made people in these positions the first to realize how easy it would actually be to cheat the system and identify the loopholes. Filing an application to illegally receive subsidy funds requires that fabricated earnings figures for the previous year be reported to the local tax office. Employees at these offices are always on the watch for attempts to hide or misreport earnings, but criminals may have discovered that they aren’t very interested in the earnings reports themselves. What’s more, ringleaders carrying impressive titles like “NTA officer” or “certified accountant” could more easily take advantage of these young people and convince them to get involved in these crimes.

OKUKUBO  Something I heard when interviewing former METI bureaucrats was that approximately 10 percent of all payments of public benefits and subsidies are improper, which doesn’t seem unreasonable, especially if one takes into account payments that are not clearly illegal. I think the total amount of money that was obtained illegally from the subsidy program will increase even further, as will the amount of money returned. The problem is this: even if the government demands that criminals pay back the money they illegally obtained, those who were persuaded to engage in these scams had 20 to 30 percent of the money they swindled skimmed off by the crime bosses, and additionally may have suffered losses after investing the money they obtained, which means that they have very little of it left. To convince these people to voluntarily return the money they swindled, I think the government should look into things like deferred payment and installment payment plans.

INTERVIEWER  Do you think that one of the factors that induced so many people to engage in this scam was the simplified application process meant to streamline relief to businesses?

OKUKUBO  I think that the problem was not so much that the application process was overly simplified but that the simplifications were poorly thought out. In other words, the simplifications made it easy for those planning to swindle the government to file their papers, while those who were making legitimate applications still faced a relatively cumbersome process. For example, since those who file tax returns by mail don’t have official hard copies for their own records, they have to go to their local tax office and obtain an official receipt stamp. Thus, the aspects of the process that people would have liked to have been simplified were not.

INTERVIEWER  It’s very difficult to verify cases where something other than the pandemic was the actual reason for a person’s decreased income. What should have been done to clarify this?

OKUKUBO  This is a difficult problem indeed. Personally, I think that this stipulation—whether the decrease in income was due to COVID-19 or not—didn’t need to exist. Today’s economy is bewilderingly complex, and even a seemingly unrelated event can have an economic effect on people. In other words, it’s often difficult to directly ascribe a decrease in income to the pandemic. I don’t think it was necessary to confirm that anyone’s lost income was specifically due to COVID-19, as it had such a widespread impact.

INTERVIEWER  In your book on fraud targeting pandemic benefits, you suggest that payments intended to sustain businesses should have been paid uniformly to everyone who applied.

OKUKUBO  Many sole proprietors run microbusinesses. If the government wanted to provide these businesspeople with swift support, one option was to have made payments to all of them uniformly. This is because uniform payments would mean that those applying would not have to spend time preparing documentation and the review process could have been streamlined. The review process could have consisted solely of checking to ensure that those earning above a certain level did not receive payments. For example, there were a total of 1,980,000 sole proprietors as of June 2016 throughout Japan. Even if the government had paid them 1 million yen each, the total would have been under 2 trillion yen.

INTERVIEWER  In the course of your reporting, did you speak directly to those who engaged in fraud?

OKUKUBO  Although this was after my book came out, there was a case in which a former employee of the Okinawa Times was arrested. I spoke with two people who were involved in the application process, an accountant and a company executive, both of whom told me quite a bit. The accountant said, “I simply performed my job as an accountant. I wasn’t involved in the impropriety.” But in the end, both the accountant and the company executive were arrested. For each job they were involved in, they split 15 to 20 percent of the takings.

INTERVIEWER  Moving on to problems with how subsidies were paid out, while there is much debate among experts over this issue, what measures do you think should have been taken?

OKUKUBO  The bottom-line reason why this type of fraud became so widespread is the fact that the Small and Medium Enterprise Agency didn’t coordinate whatsoever with the national tax authorities. Many of the illegal applications involved underreporting the actual amount of earnings listed in their business ledgers for the previous year. If officials had checked and confirmed the consistency of the figures in these ledgers with the figures reported to the tax office, the scams would have been quickly detected. If there had been coordination between the SME Agency and the local tax offices, officials could have performed checks even after applications had been sent, which would have allowed them to prevent these scams. If there are obstacles to this kind of coordination—for example, a lack of communication between different administrative offices or legal obstacles—then these are exactly the kinds of issues that the Diet and other relevant bodies should have taken up in debate and set up measures to deal with.

A program in which the Small and Medium Enterprise Agency paid out subsidies beginning in May 2020 to businesses that suffered major losses as a result of the COVID-19 pandemic. There were a total of 4.41 million applicants, and a total of ¥5.5 trillion was paid out to 4.24 million of the sole proprietors and SMEs that applied. The program stopped accepting applications in February 2021. The maximum payments were ¥2 million to each SME and ¥1 million to each sole proprietor. No police reports were filed or damage investigations launched in cases where those who illicitly received payments voluntarily paid the money back.

(Originally published in Japanese. Banner photo: Taniguchi Mitsuhiro, arrested on suspicion of defrauding the subsidy system to sustain businesses, arriving at Narita Airport after having been extradited from Indonesia, June 22, 2022. © Kyōdō.)