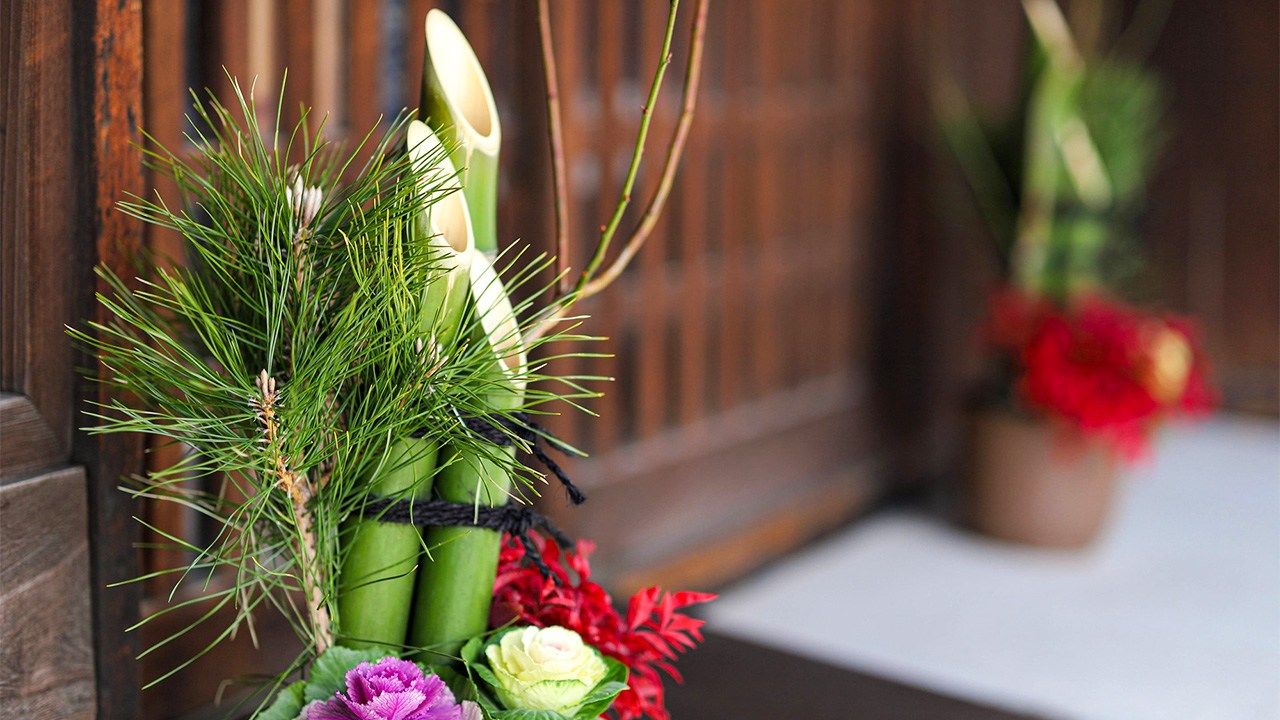 Culture Society History Dec 26, 2022
Japan traditionally rings in the New Year over three days, with many people using the extended holidays to visit family, renew old ties, or just relax at home. An expert on Japanese folklore and classical literature looks at the origins of the ancient custom.

Celebrating the start of a new year is an important event around the globe. While January 1 is a recognized holiday in many countries, in Japan, gantan (New Year’s Day) marks the beginning of three days of celebrations known as Shōgatsu.

Japan’s New Year tradition has its origins in China, whose kanji writing system, Confucian philosophy, Buddhist religion, and a core of legal and ethical codes heavily influenced neighboring societies. In particular, the Sui Dynasty during the sixth and seventh centuries helped spread the idea of New Year as an important celebration across the East Asian cultural sphere and beyond.

In the Sinosphere, New Year was a time when subjects were expected to dutifully pay their respects to the Chinese emperor, with failure to do so being considered an act of rebellion against the ruler. Retainers would face north, the direction of the imperial seat, and extend New Year’s greetings to the emperor, symbolized by the North Star. The emperor in turn gazed down on his subjects assembled to the south, which is why traditional palaces like those at the Tang Dynasty’s (618–907) capital of Chang’an, the imperial palaces in Nara and Kyoto, Shuri Castle in Okinawa, and the palaces of the different Korean kingdoms were constructed with southern courtyards.

The New Year ceremony, called chōga in Japanese, was followed by a large banquet. Japanese rulers during the Tang Dynasty considered the ritual important enough that they sent envoys across the East China Sea at the height of typhoon season in order to pay respects to the Chinese emperor and participate in the New Year’s celebrations.

Starting in the latter half of the seventh century, though, Japanese court officials began conducting chōga in Japan. The practice eventually made its way to the provinces, where instead of showing deference to the sovereign in far-off China, regional representatives of the central government would face toward the imperial palace in Nara or Kyoto to offer New Year’s greetings to the Japanese emperor, followed by the customary banquet.

Over time, the seasonal ritual spread to villages and households throughout Japan. In the New Year, members of communities would gather at the house of the village head and relatives would travel to the home of the family patriarch to offer greetings and to feast. Custom dictated that residences be thoroughly cleaned in preparation for the festivities and that New Year’s decorations be put up. Hosts were also expected to provide their guests with a spread of celebratory dishes, and both were expected to attend the important occasion dressed in formal attire. 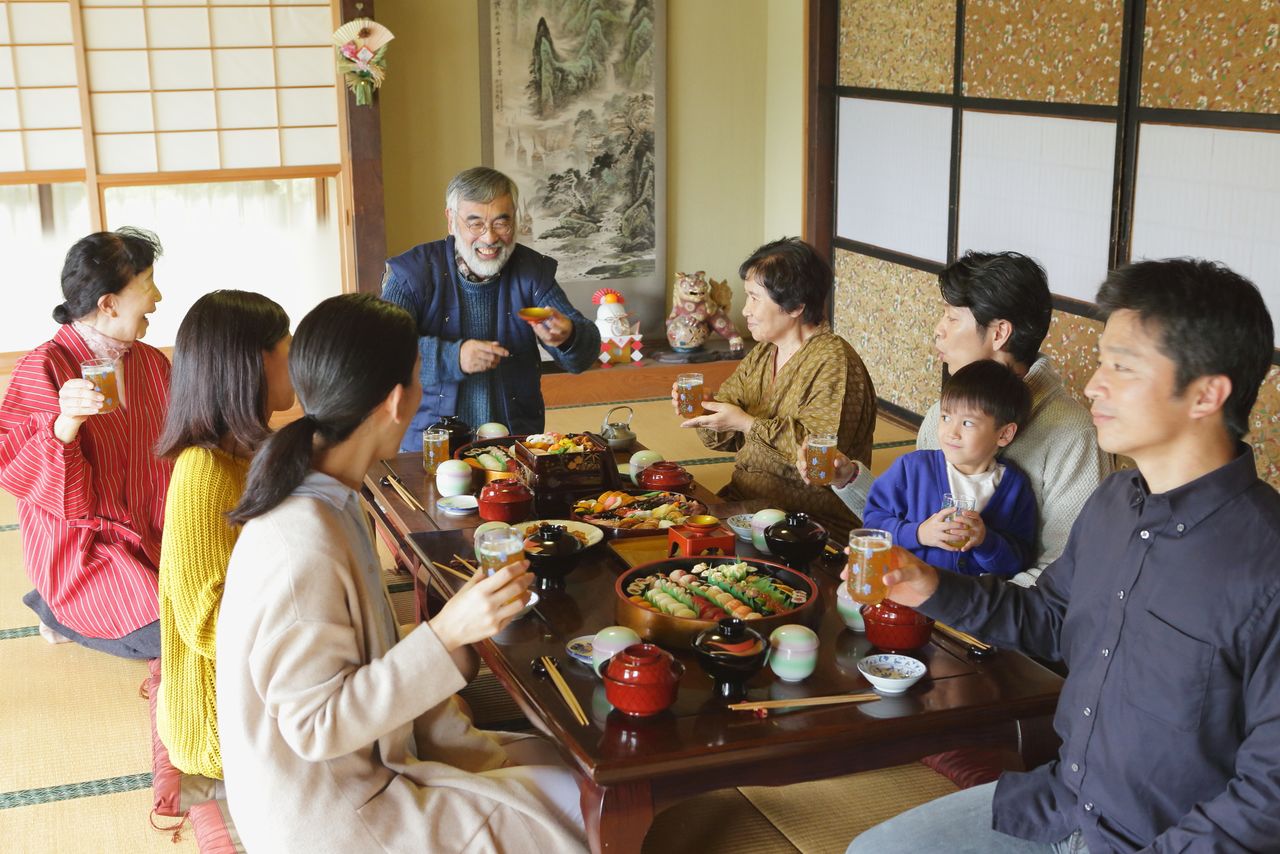 New Year is traditionally a time when family members gather together. (© Pixta)

In this way, New Year celebrations grew to be the most important yearly event in people’s lives. Today, Japan celebrates Shōgatsu according to the Gregorian calendar rather than by traditional lunar reckoning, as in China and South Korea, but regardless of the difference in timing, New Year remains an extended holiday and a peak travel time as people are expected to return to their ancestral homes. This sharply contrasts with Western countries, where New Year’s Day typically marks the end of the long Christmas and holiday season and the return to business as usual.

The Manyōshū, Japan’s oldest anthology of waka poetry, compiled in the eight century, closes with a verse by Ōtomo no Yakamochi describing a New Year banquet attended by district governors in Inaba, which today is part of Tottori Prefecture. Ōtomo was appointed by the imperial court as governor of the remote province in 758, and he penned the poem following attendance at his first chōga after taking up his post, an event that was marked by snow.

May joyous things
Pile up higher and higher
Like the first snow
That falls today,
At the start of the New Year

Ōtomo keeps with the celebratory mood of the season in seeing the accruing snow as a harbinger of prosperity for the coming year. Today, 1,300 years since the verse was recorded, Shōgatsu in Japan remains a special occasion for renewing ties and getting an auspicious start to the year.