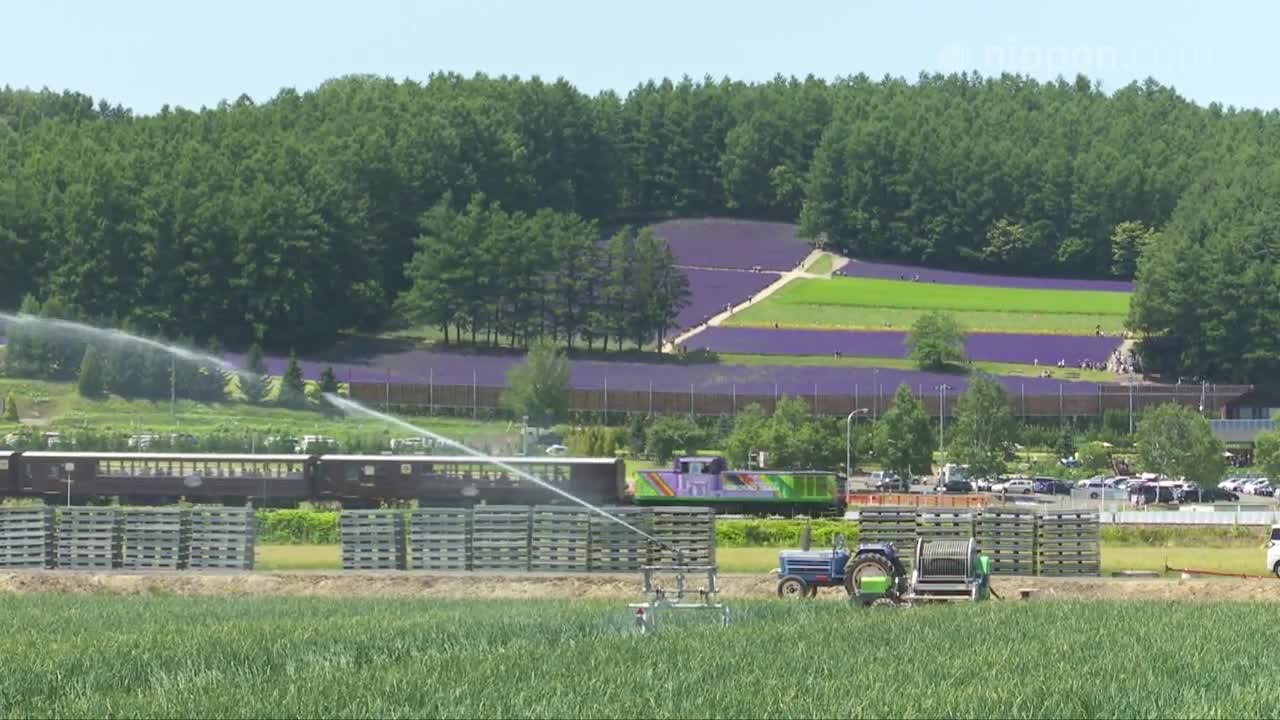 JR Hokkaidō has begun service on its Furano-Biei Norokko-gō sightseeing train in time for the peak season for lavender. The line had been scheduled to begin its services on July 1, but the date was pushed back because of the COVID-19 situation. After preventive measures were taken, including a reduction of the number of seats, service began on July 18. The sightseeing train has three round trips daily on the JR Furano Line from Asahikawa to Furano. The glass windows of the train are removed, allowing the passengers to better enjoy the view of the lavender in full bloom while enjoying the fresh breeze and expansive sensation—something like riding in the back of a farm pickup truck.

The Furano Line dates back to 1900, so it is celebrating its 120th anniversary this year. On the first day of operation for the Norokko-gō, the local mascot Hesomaru was on hand to greet passengers at Furano Station and hand out potato chips produced in the vicinity. Eager railfans were also in attendance to snap photos of the “headmark” insignia attached to the front of the diesel train to mark the anniversary. Ordinarily, the Norokko-gō will run daily during the summer and autumn seasons, but in 2020 its services are limited to weekends and holidays up to September 22.