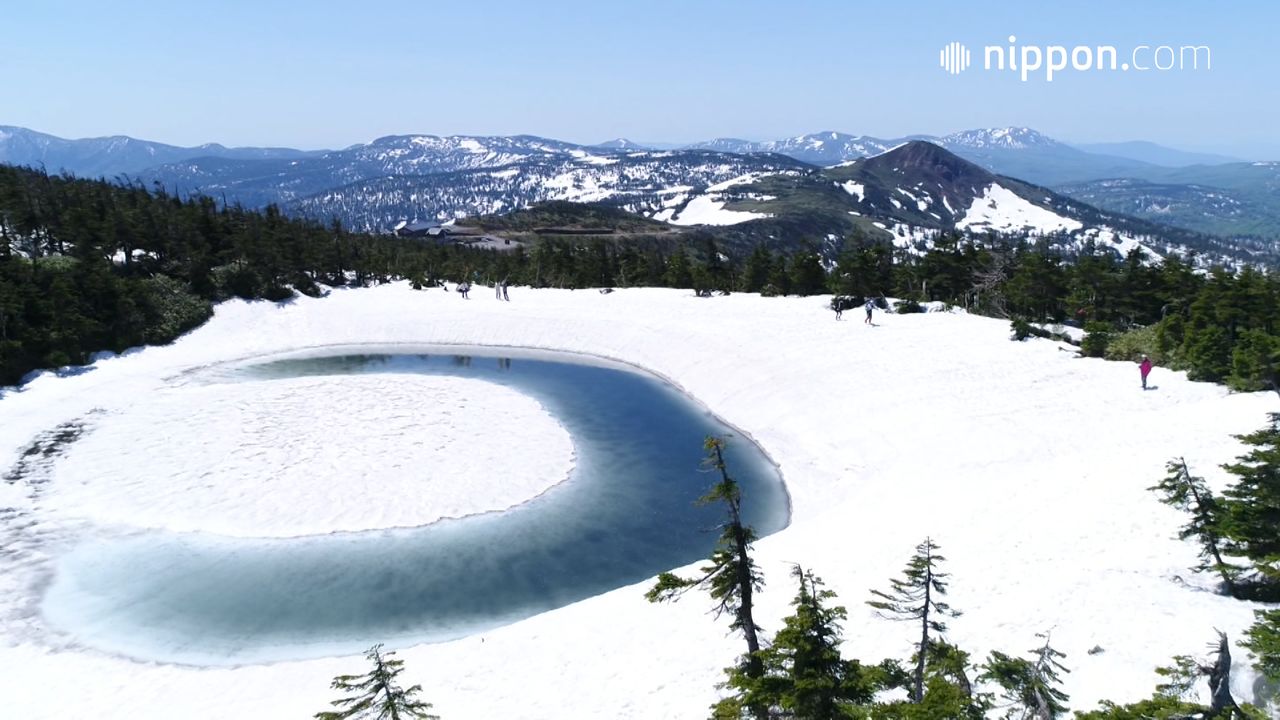 The gentle slopes of Mount Hachimantai rise to an elevation of 1,613 meters from a plateau spanning the border between Akita and Iwate Prefectures in northern Honshū . The forested area around the summit is dotted with numerous bodies of water, including Kagami Pond in Senboku, Akita, a circular pool with a flat, reflective surface like a mirror (kagami). In the late spring, the pond’s covering of ice and snow starts to thaw, and a ring of open water forms around the edge, leaving a white disk in the middle, as shown in this video. Next, a pool of water gathers in the center of the white disk, making the pond look rather like a huge eye. This is the source of the name given to this striking seasonal feature: Hachimantai Dragon Eye. It can generally be seen from late May through early June.