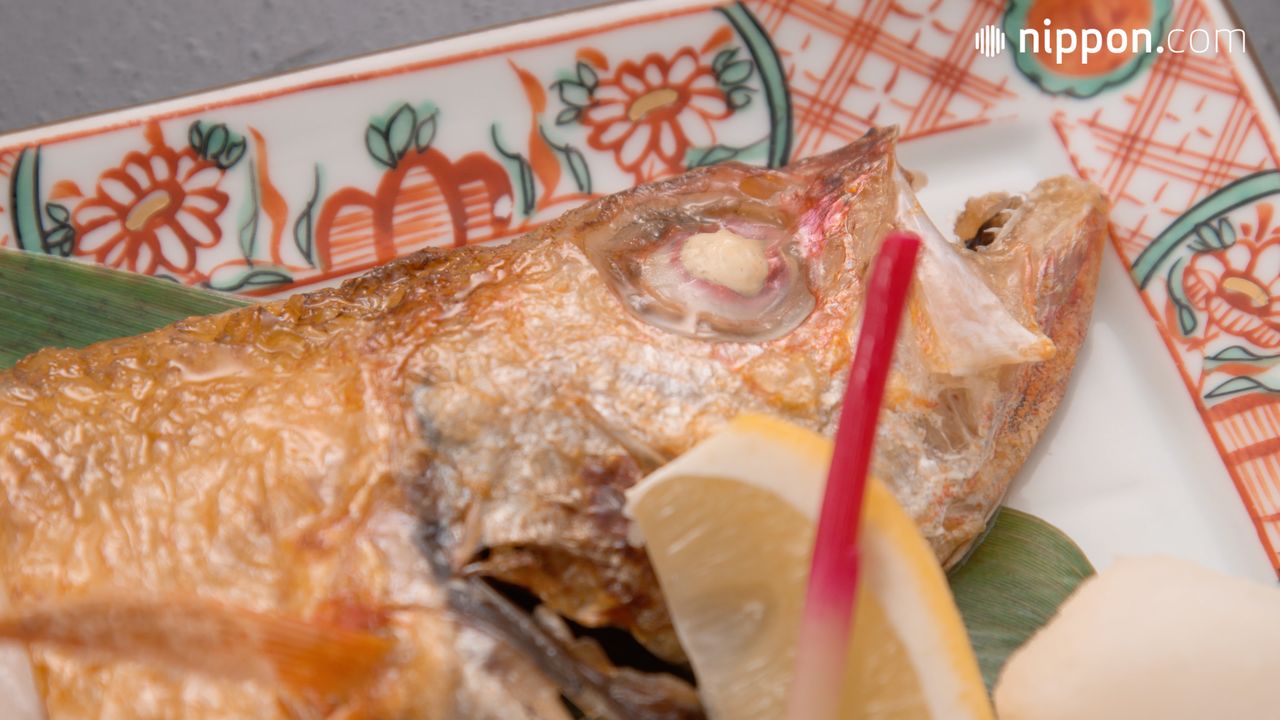 Kanazawa Seafood Delight: Mouthwatering “Nodoguro” Is the Finest in Whitefish

The city of Kanazawa in Ishikawa Prefecture is blessed with an abundance of seafood. One especially popular fish is nodoguro (blackthroat), a winsome creature with large red scales and goggle-eyes. It is known as the finest in whitefish for its rich flavor and for fat that melts on the tongue.

While its proper Japanese name is akamutsu (blackthroat seaperch), along the Sea of Japan coast the fish is commonly known as nodoguro for the patch of black on the lining of its throat, as though stained with India ink. The name nodoguro has been gaining currency nationwide and is increasingly thought of as a prize fish.

Nodoguro can be prepared in a variety of ways. As sashimi, the flesh can be savored as is and is thick and chewy. When having nodoguro shabu shabu dipped in ishiru, a traditional fish sauce of the Noto region, it is recommended that pieces be quickly swiped through the sauce, then eaten rare. And simple salting and grilling brings out the sweetness of the fat as it oozes through the crispy skin, making for an unexpectedly blissful experience.