Culture Feb 9, 2018
On a cold day, nabe (hot pot) is perfect for warming both body and soul. Here we introduce some of Japan’s most popular varieties.

Gathering together around a steaming nabe (hot pot) is a classic way of staving off the winter blues in Japan.

The pot is placed on a portable heat source—typically a gas cartridge stove—on the dining table. Once the base of kelp dashi (stock) or water is boiling, diners add ingredients such as seafood, meat, tōfu, and vegetables. As the pot simmers, they serve themselves with chopsticks, transferring the cooked items to their own bowls, and adding seasonings like soy sauce, miso, and sesame sauce, or the citrus-based ponzu. Easy to make and adapt to personal tastes and numbers, nabe is a perennial favorite.

Some varieties are usually cooked and served in a glazed earthenware pot, including mizutaki and fugu (blowfish) nabe. Although this means a longer cooking process, these vessels are good at retaining heat, which is ideal for this cuisine.

Other kinds are prepared in an iron or stainless-steel container. An iron pot good at conducting heat is used for sukiyaki. A specialist pot for cooking shabu shabu is round with a chimney-like protrusion rising from the middle. Offal nabe is served in a shallow stainless-steel pot.

There are many regional varieties of nabe with their own local flavors. For example, salmon chunks are the main feature in Hokkaidō’s Ishikari nabe, while taro and beef are popular in Yamagata Prefecture, and anglerfish is a common ingredient in Ibaraki Prefecture. Seasonings may also have their own local twists. Supermarkets now sell a wide range of instant nabe sauces and mixes.

In Japan, sharing food from the same pot is a time-honored way to bring friends, family members, and colleagues together to communicate and enjoy themselves. After the main ingredients are finished, rice and eggs are often mixed with the remaining soup to make a porridge, or noodles are added.

Read on for a list of nine nabe from traditional favorites to relatively recent creations.

A local specialty of Fukuoka in Kyūshū that has become popular throughout Japan, this hearty nabe is filled with chicken on the bone and vegetables. The chicken’s long stewing time gives the dish its delicious and distinctive white soup. 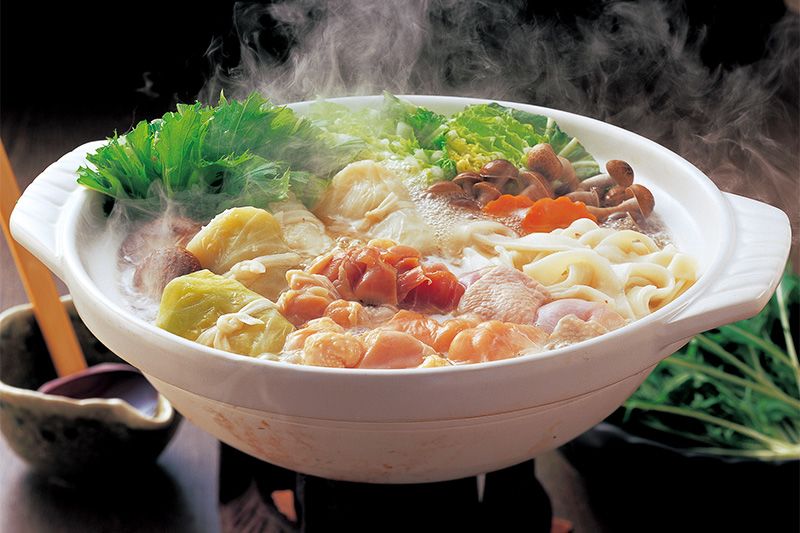 Salty-sweet sukiyaki consists of slices of beef cooked together with accompaniments such as napa cabbage, negi onions, shungiku garland chrysanthemum, and shirataki starch noodles. They are seasoned with a sauce made from sugar, soy sauce, and mirin (sweet cooking sake). Ingredients are typically dipped in raw beaten egg before eating. 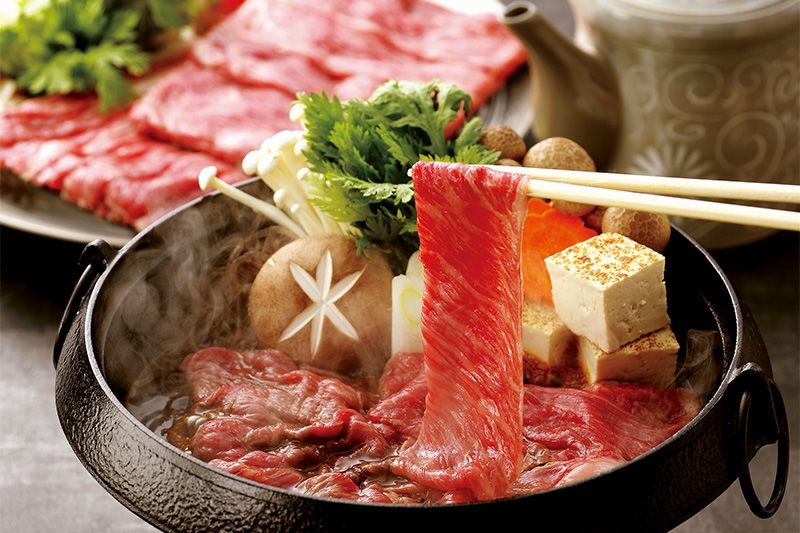 A relative newcomer, it combines traditional dashi with soymilk, giving a delicate flavor to meat, seafood, and vegetables. For those who like a touch of spice, chili oil or fragrant yuzukoshō offsets the main broth nicely. 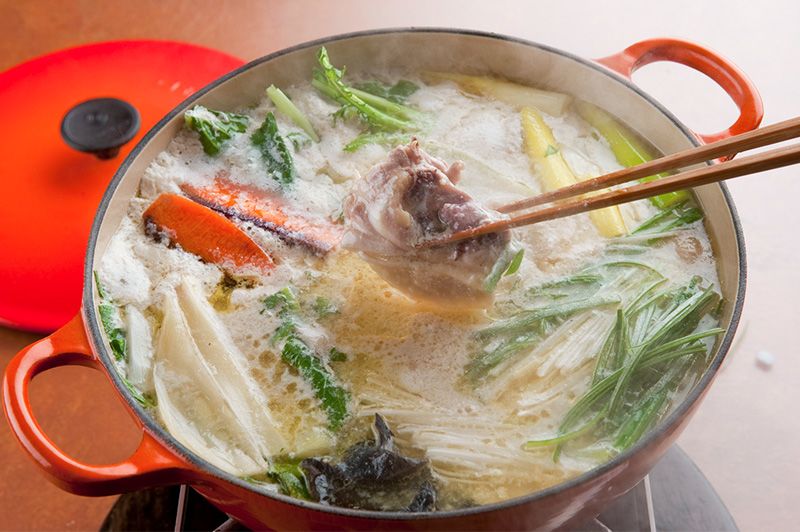 This dish hails from the Ishikari area of Hokkaidō just north of Sapporo, a place famed for its seasonal salmon run. It mixes salmon chunks with vegetables and tōfu in miso-flavored dashi. To add a fragrant touch, sprinkle sanshō (Japanese pepper) on top before eating. 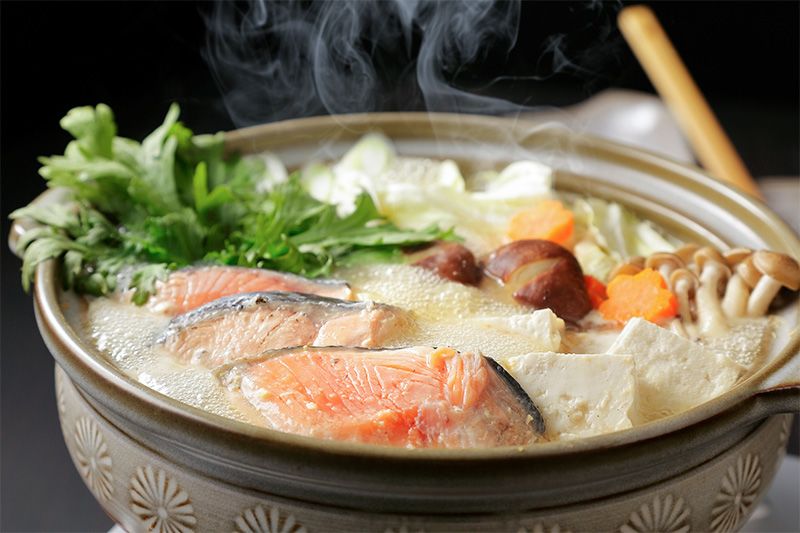 This Hiroshima specialty uses local oysters and is characterized by the circle of miso that rises like an embankment around the edge of the pot. Tōfu and vegetables fill out the dish. Pushing the miso down and mixing into the nabe adjusts the flavor. 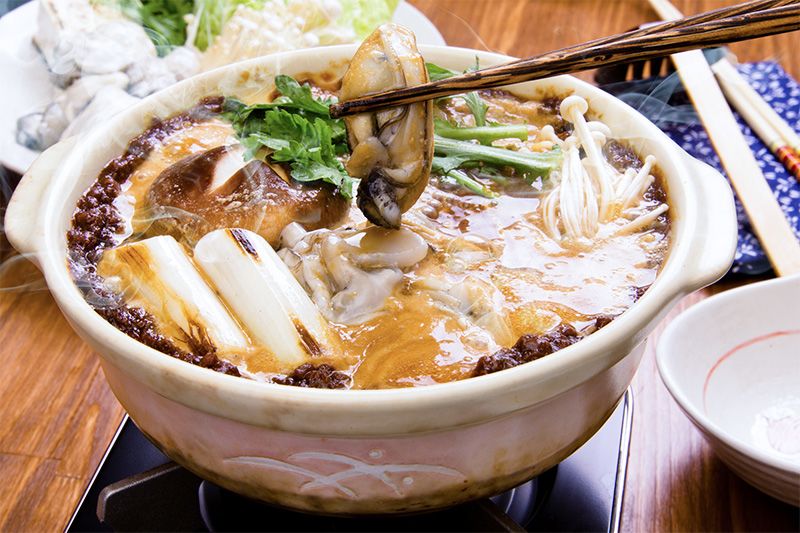 To eat shabu shabu, briefly immerse thinly sliced beef or pork in searing hot water and then dip it into a preferred sauce, such as sesame or ponzu. Vegetables and tōfu offer support, but meat takes center stage. 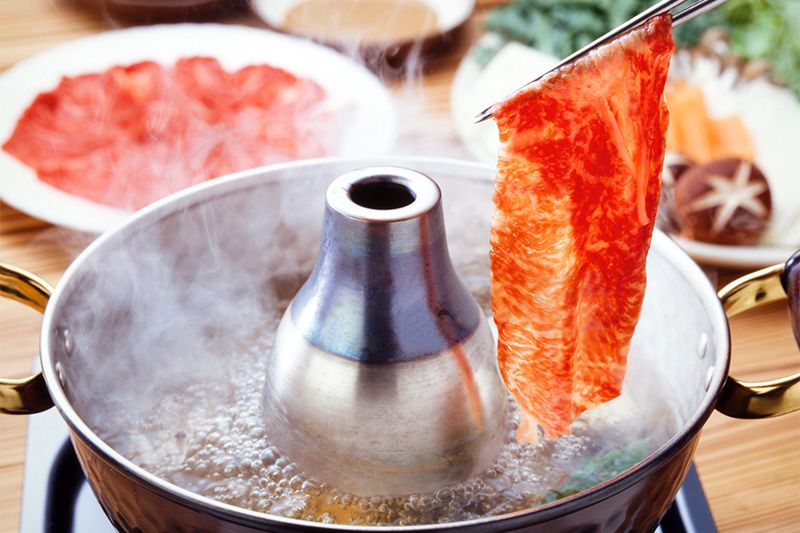 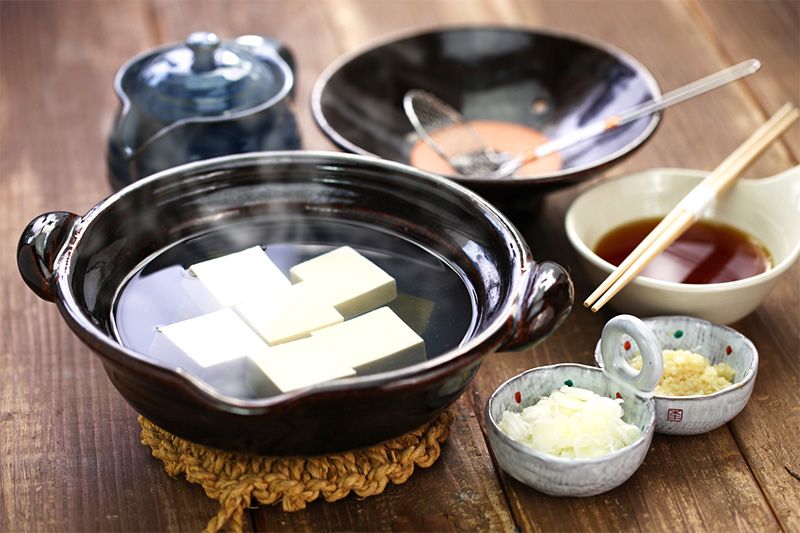 Pork offal and nira (garlic chives) nabe flavored with soy sauce became a popular dish in postwar Fukuoka. It can now be found throughout Japan, sometimes in dashi flavored with miso or salt. It usually includes cabbage and garlic, but those who want a little fire can add chili pepper. 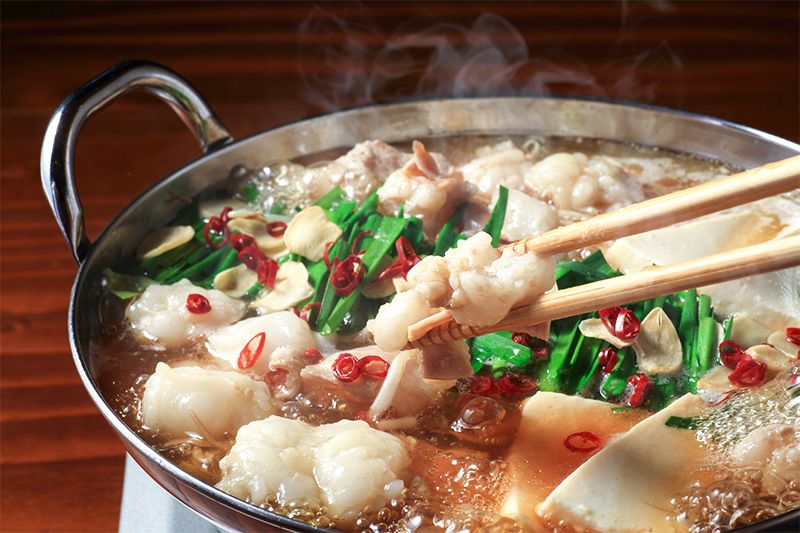 A nabe variation imported from neighboring Korea that warms the body in winter with its bright red chili. To a dashi base flavored with meat, add pork, negi, napa cabbage, tōfu, and other ingredients. Flavor with soy sauce, garlic, salt, and chili. 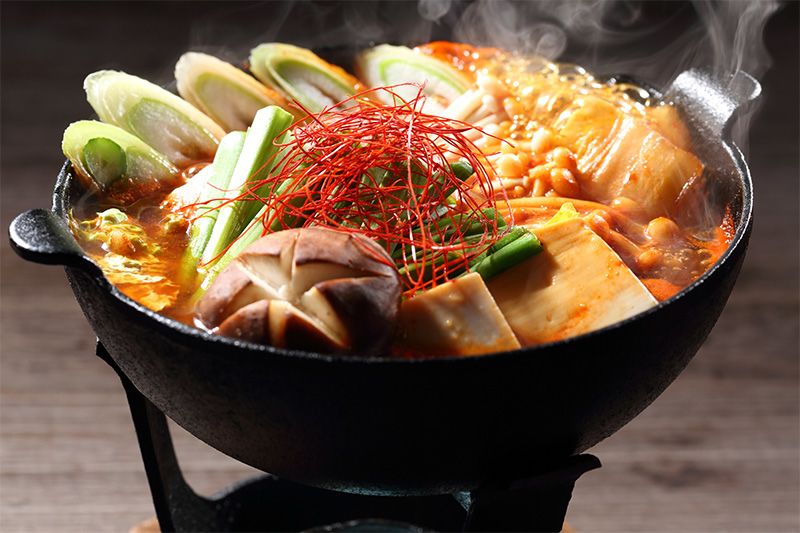