On January 16, the government of India announced that the International Gandhi Peace Prize for 2018 would go to Nippon Foundation Chairman Sasakawa Yōhei, for his efforts toward eradicating Hansen’s disease (leprosy) in India and elsewhere around the world. 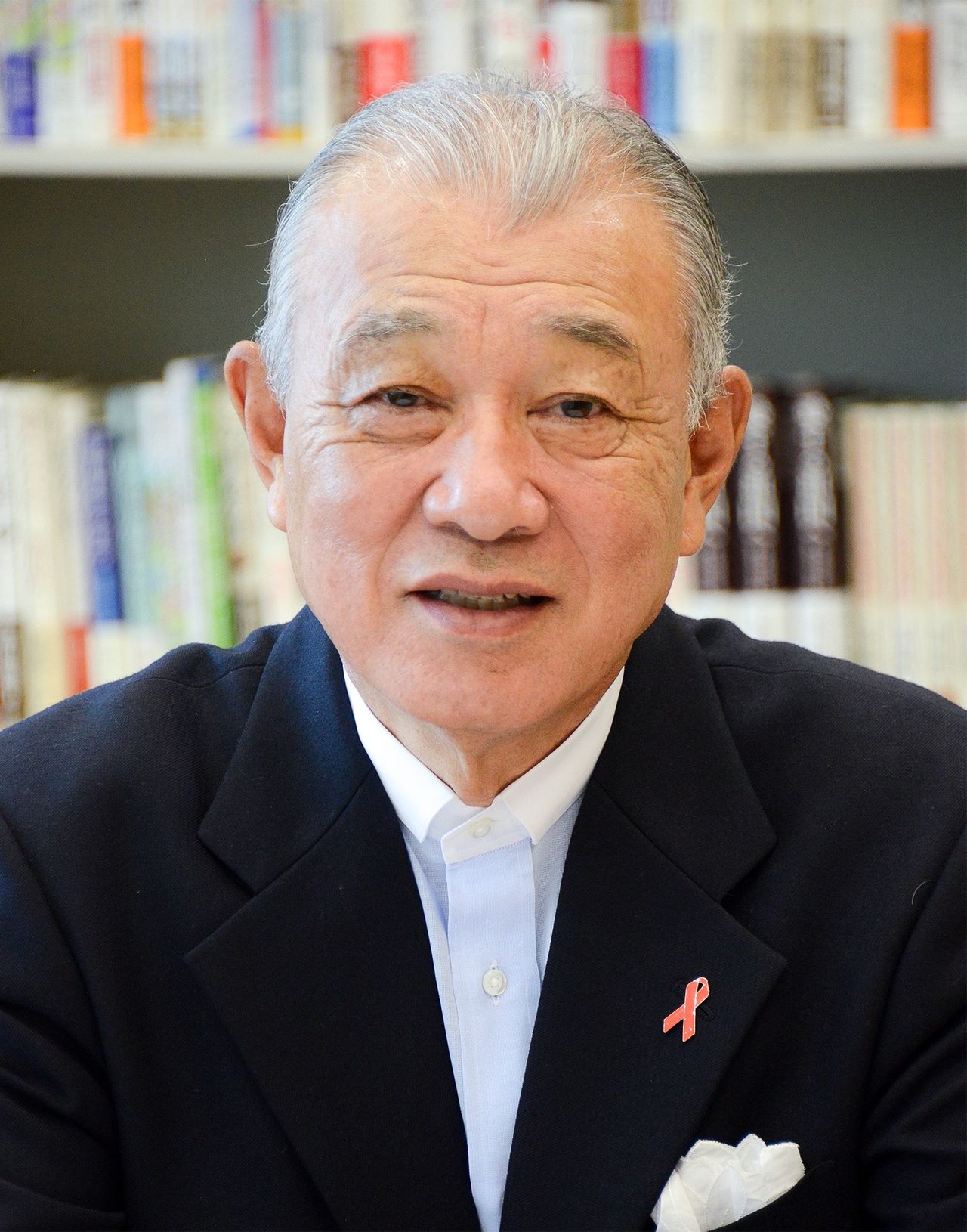 Sasakawa, now 80, has worked for more than half of his life to combat Hansen’s disease and the social stigma associated with it. Serving in recent years as the World Health Organization’s Goodwill Ambassador for Leprosy Elimination, he has focused in particular on India, which has the world’s largest population of sufferers of the disease, making repeated visits to the colonies where they were historically segregated and promoting measures to restore their economic autonomy and combat prejudice against them in society.

Asked for comment, Sasakawa remarked: “It was a tremendous honor to receive word of this recognition in this, the 150th year since the birth of Mahatma Gandhi, who strove during his life to secure proper treatment for Hansen’s disease sufferers. I view this prize as one conferred on all those who are still working to support those with the disease. With this prize the Indian government is recognizing all that has been done to restore social standing to those who have the disease or have recovered from it, and I am proud to accept it on all of their behalf.” Sasakawa went on to extend his thanks to Indian Prime Minister Narendra Modi and others in the Indian government, along with the many individuals who have taken part in actions related to Hansen’s disease over the years.

The International Gandhi Peace Prize was established in 1995 to mark the 125th birthday of the Indian human rights leader. It has previously been awarded to individuals like former President Nelson Mandela (in 2000) and Bishop Desmond Tutu (2005), both from South Africa, and to institutions like the Bangladeshi Grameen Bank founded by Muhammad Yunus (2000). Many recipients have also received Nobel Prize honors. Sasakawa is the first Japanese to receive the Indian award.

The prize is accompanied by a cash award of 10 million Indian rupees (about ¥15 million). The date and time of the formal award ceremony have yet to be announced.