Shodō: The Art of Calligraphy

Culture Art Nov 26, 2019
After Kanazawa Shōko created an artwork with the character for “prayer” and donated it to the Vatican, she was invited to the November 2019 mass held by Pope Francis in Tokyo.

Kanazawa Shōko, an acclaimed calligrapher who has Down syndrome, was among the 50,000 people who filled Tokyo Dome to see Pope Francis hold a mass during his visit to Japan.

In a spirit of requiem for the victims of the Great East Japan Earthquake and subsequent disasters, Kanazawa took brush to paper, creating calligraphy for the character 祈 (inori; prayer). After she donated this artwork to Vatican City via its diplomatic mission in Tokyo, she was invited to attend the mass. 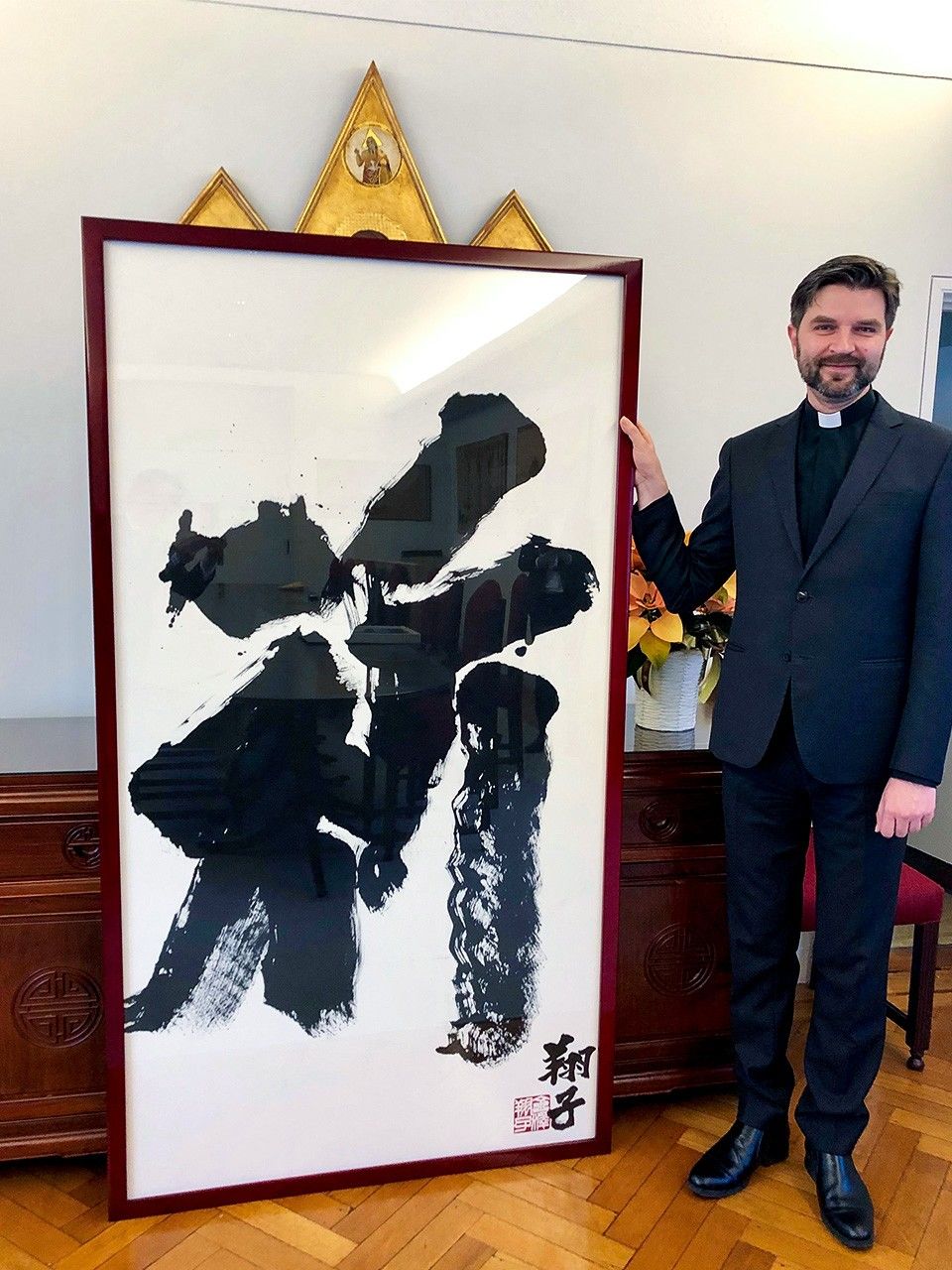 While she was unable to meet the pope, her mother Yasuko says that Kanazawa tightly held the rosary she had been given by the Vatican as she prayed earnestly through the mass.

Since making her full-fledged debut as a calligrapher at the age of 20, Kanazawa has been active in exhibitions and performances in Japan and around the world. She is also an official artist for the posters for the 2020 Summer Olympics in Tokyo.