Society Dec 28, 2019
The first year of the Reiwa era, 2019, saw the passing of some major figures from the Japanese scene.

Umehara made a name for himself with his bold theories on everything from ancient Japanese history to Japan’s literature and religious themes. Born in 1925 in Miyagi Prefecture, he studied philosophy at Kyoto University and went on to serve as a professor at Ritsumeikan University. In 1987 he became the first head of the newly established Nichibunken, the International Research Center for Japanese Studies. His many and varied works include Kakusareta jūjika (The Hidden Cross), arguing that the Nara temple Hōryūji was built to pacify the spirit of Prince Shōtoku, and Mori no shisō ga jinrui o sukuu (The Wisdom of Forests Will Save Humanity), pressing for revitalization of Japan’s traditional forest-based culture. He also branched out into writing modern scripts for kabuki and nō performances. Toward the end of his life he remained a vital messenger to society, helping to found the Article 9 Association, dedicated to opposing revision of Japan’s “peace constitution,” and arguing that the March 11, 2011, disaster was one with its roots in human civilization. 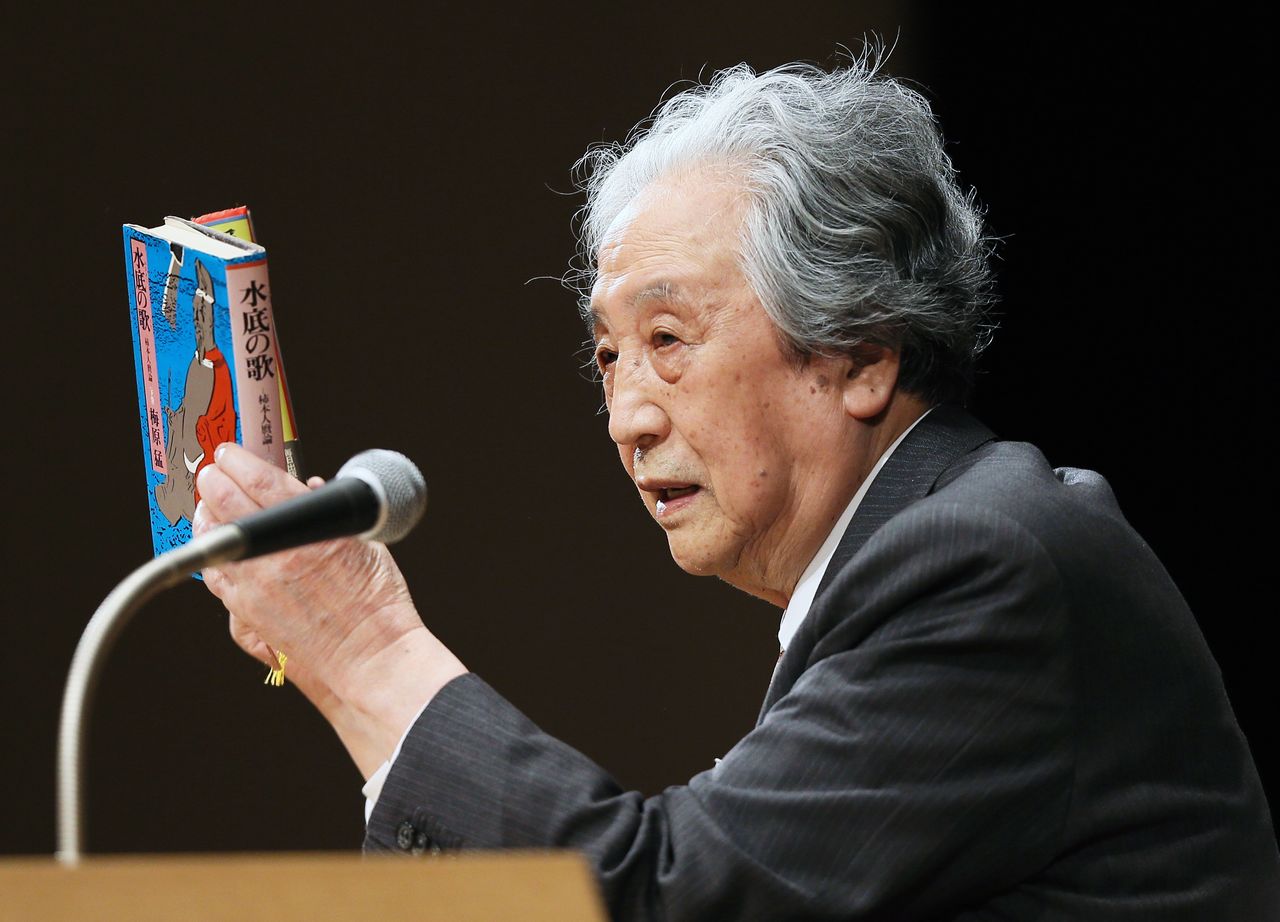 Sakaiya, known for coining the phrase dankai no sedai (equivalent to “baby-boom generation”), wrote a bestselling book by that title in 1976, when he was a career official in the Ministry of International Trade and Industry. This prophetic novel explored a near future when the postwar baby boomers reached old age, bringing demographic stresses to a grayer Japan with fewer young people. After graduating from the University of Tokyo, he entered MITI in 1960. There he would perform central work on the successful 1970 Osaka World Expo and be involved with Expo ’75, held in Okinawa, and in planning for the development of new energy sources. He left the bureaucracy in 1978 to pursue his writing and speaking career, but would return to public service as director general of the Economic Planning Agency and special advisor to the prime minister.

In 1940, as an 18-year-old student at Columbia University, Keene discovered Arthur Waley’s translation of The Tale of Genji, launching his connection with Japan. He began studying the Japanese language once war broke out the following year. The US Navy stationed him in Hawaii at first and in Okinawa once fighting there ceased, assigning him to handle interpretation and translation. After the war he returned to academia and studied Japanese literature in earnest. In 1953 he returned to Japan to study at Kyoto University. He would befriend celebrated authors like Kawabata Yasunari, Mishima Yukio, and Tanizaki Jun’ichirō while he produced English translations of Japanese literature and otherwise helped to introduce the country’s culture to overseas readers. After the March 2011 disaster struck Tōhoku, he proclaimed, “I want to die as a Japanese person,” taking Japanese citizenship and living his final years in the country.

To Read on Nippon.com:

The inventor of Rupan sansei (Lupin III) debuted his creation in a manga magazine in 1967. The quirky adventures led by the title character, a master thief, drew on artistic inspiration from American comics and quickly won fame for the writer who named himself Monkey Punch. Katō was born in Hamanaka, Hokkaidō, in 1937. After graduation from high school he headed to Tokyo to make himself a career in manga, publishing his first professional work, a series of 4-cell gag strips titled Pureibōi nyūmon (Introduction to the Playboy Lifestyle). Lupin, his most famous creation, arrived two years later and would go on to countless print, TV, and film adaptations, notably the 1979 masterpiece The Castle of Cagliostro, directed by Studio Ghibli’s Miyazaki Hayao. Katō was an early adopter of computers and other digital tools for his manga creation and served as the first head of the Digital Manga Association.

Koide, born in Chiba Prefecture in 1939, helped train many of Japan’s top female runners during his coaching career. As a collegiate runner for Juntendō University, he took part in the annual Hakone Ekiden race three times, but never went on to run in the Olympics or World Athletics Championships. It was in coaching where he found his true calling. His unconventionally warm relationships with his charges set him apart from many of his Spartan trainer peers, but the success of his approach was clear. He coached Arimori Yūko to a 1992 silver medal at Barcelona and a 1996 bronze at Atlanta; in 2000 he coached Takahashi Naoko to her win at Sydney, the first Olympic marathon gold for a Japanese woman.

Born in 1924 in Osaka, Kyō gained global fame for her appearances in classic films of the 1950s. In Japan she was known as the “grand prix actress” for capturing foreign film awards including the Leone d’Oro at the Venice Film Festival. She earned renown for her bewitching roles in celebrated films like Kurosawa Akira’s 1951 Rashōmon, Mizoguchi Kenji’s 1953 Ugetsu, and Kinugasa Teinosuke’s 1953 Gate of Hell. Her stage career began in 1936, when she joined the Shōchiku revue in Osaka, quickly making a name for herself as a child prodigy with her boogie-woogie dance performances. Following World War II she remained active on the stage and television in addition to carving out an indelible place in the history of Japanese film.

As the chief of Johnny and Associates, the talent agency that produced boy-band megastars like SMAP and Arashi, Kitagawa shaped the popular entertainment landscape of the late twentieth and early twenty-first centuries in Japan. Born in Los Angeles in 1931, he handled interpretation duties when Japanese singer Misora Hibari and other entertainers traveled to the United States for performances after the war. This forged his connection with Japan’s entertainment world, and he moved back to the country soon afterward. In 1962 he launched the Johnnies, a singing and dancing group of young men, and formed his production agency to manage them. This would form his blueprint for the bands that later made him wealthy through TV and film appearances, as well as album sales. The mogul was dogged by scandal, including accusations that he had sexually abused his charges, and he stayed out of the public eye, never accepting interview requests and leaving almost no photographs of himself behind.

Satō, one of Japan’s leading soprano singers, was born in Tokyo in 1958. Her fame in Japan took her to the Kōhaku uta gassen, NHK’s year-end song contest; she was also appreciated by global music lovers. After studying at the Kunitachi College of Music, she also graduated as the youngest-ever lead soloist at the Cultural Affairs Agency Opera Studio before making her 1984 debut in Lehár’s The Merry Widow and Verdi’s La Traviata. After a period of study in Milan, Italy, she took the stage at the Vienna State Opera and other top theaters in Europe, wowing audiences with her rich range and polished tone. She would go on to collaborate with Vladimir Ashkenazy and many other leading conductors and orchestras in the West.

Born in 1931 in Osaka Prefecture, Yachigusa entered the Takarazuka troupe in 1947, swiftly carving out leading roles for herself as an innocent young girl on both stage and screen. Her film debut came in 1951; she would soon be starring alongside Mifune Toshirō in the 1954 Samurai I: Miyamoto Musashi and in a 1954 Italian-Japanese coproduction of Madama Butterfly. Her acting talents won her numerous roles, including on the small screen during the 1960s “golden age” of television in Japan. She put her range on display in particular in the 1977 serial drama Kishibe no arubamu (Photos from the Shore), in which she depicted a faithful wife and mother who leaves family life behind to plunge into extramarital dalliances. 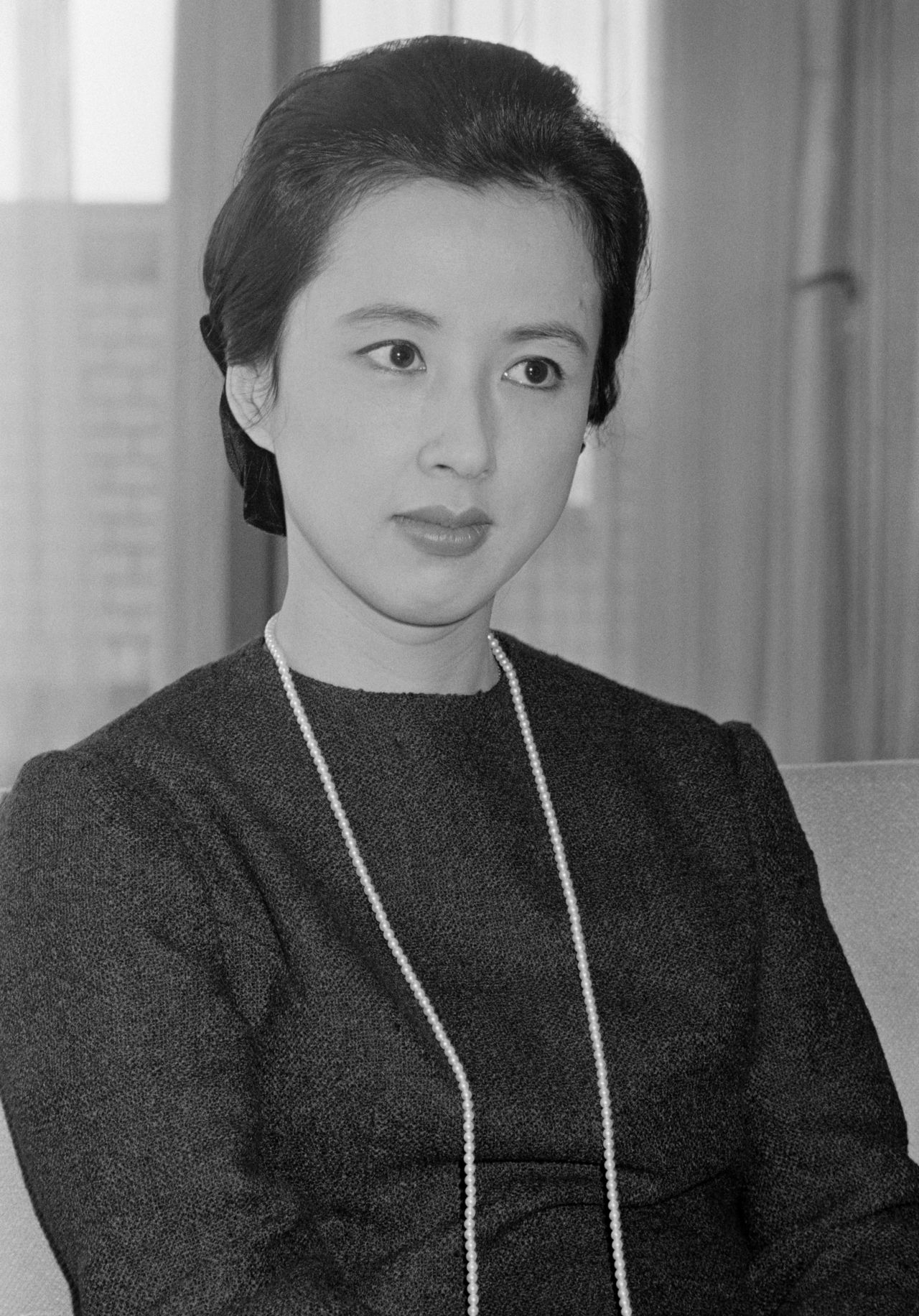 In 1969, exactly half a century ago, Kaneda became the first, and only, pitcher in Japanese pro baseball history to throw 400 wins. He racked up 20 or more wins in 14 straight years of his 20-year career, pitching 365 complete games and striking out 4,490 batters in all—a string of records unlikely ever to be broken in Japan. Born in 1933 as Kim Kyung-hong, a Zainichi Korean-Japanese, he left high school early in his native Aichi Prefecture to join the Kokutetsu Swallows in 1950. The southpaw used his height to deliver fearsome fastballs and a curveball that opposing batters said “seemed to fall from the second story of a building,” winning 22 games in only his second season. In 1965 he transferred to the Yomiuri Giants, where he played for four seasons until his retirement. As manager of the Lotte Orions (now the Chiba Lotte Marines), he took his team to a Japan Series championship in 1974. A fan favorite, “Kaneyan,” as he was nicknamed, brought his sharp tongue and insight to a later career as baseball commentator and television personality. 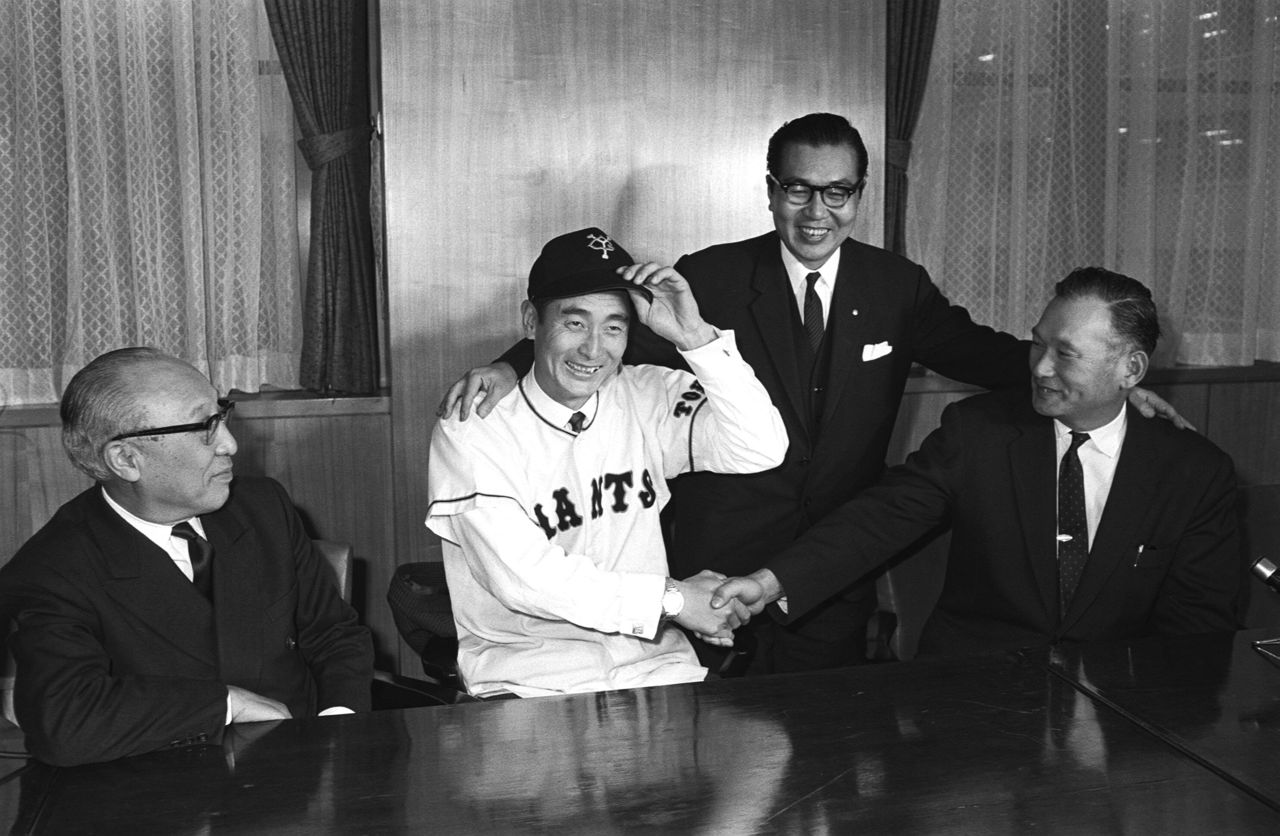 As head of the United Nations agency handling refugee affairs, Ogata took a hands-on approach to her work, appearing in conflict zones around the world as part of the job of protecting refugees. Born in 1927 to a diplomat father and a maternal grandfather, Inukai Tsuyoshi, who was prime minister until his 1932 assassination, she spent much of her childhood overseas. After graduation from the University of the Sacred Heart in Tokyo she earned her master’s degree in international relations from Georgetown University and her PhD in political science from the University of California at Berkeley. In 1976 Japan named her as its first female envoy to the United Nations. In 1991 she took the helm at UNHCR, a body she would lead for three terms and 10 years in all. There she dealt with the Kurdish refugee crisis in Iraq, the Bosnian conflict, and the mission to aid Rwandan refugees, all to high global acclaim. After leaving that post she served as Japan’s special representative on reconstruction assistance to Afghanistan and as president of the Japan International Coordination Agency, where she focused on boosting assistance to African and other nations.

Born in 1918 in Gunma Prefecture, Nakasone served as prime minister of Japan in 1982–87. After graduating from Tokyo Imperial University in 1941, he entered the Home Ministry before taking an officer’s post in the Imperial Japanese Navy. He entered politics after the war, winning a House of Representatives seat in 1947. He would hold a seat until 2004, winning reelection 19 times. He served in posts including minister of transport, director general of the Defense Agency, and minister of international trade and industry before becoming president of the Liberal Democratic Party in 1982 and taking the nation’s premiership. Under the banner of “closing the books on Japan’s postwar politics” and taking the country into a new era, he oversaw the privatization of the Japanese National Railways, Nippon Telephone and Telegraph, and Japan Tobacco and Salt, in addition to other reforms in the public sphere. Internationally, he worked to deepen ties with the United States, forging his first-name-basis “Ron-Yasu” ties with President Ronald Reagan while also pursuing warmer relations with Seoul and Beijing—a goal that was undermined in 1985 when he became the first prime minister in the postwar era to visit Yasukuni Shrine in his official capacity.

To Read on Nippon.com:

Nakamura was engaged in providing medical care and supporting agricultural revitalization in war-torn Afghanistan for more than three decades. An honorary citizen of the country, where he was known as Kaka (Uncle) Murad, he was on his way to work at an irrigation facility when gunmen attacked his car near the city of Jalalabad, taking his life. Born in 1946 in Fukuoka, he earned his medical degree at Kyūshū University and went on to work in hospitals in Japan. In 1984, he traveled with the Japan Overseas Christian Medical Cooperative Service to work at a hospital in Peshawar, Pakistan. (This place would give Peace Japan Medical Services its other name, Peshawar-kai.) From this base he began providing medical services to people in refugee camps in neighboring Afghanistan, where he established a medical clinic in 1991. Beginning in 2000, when Afghanistan was struck by a devastating drought, he began digging wells and constructing irrigation canals. To the end of his life he remained focused on grassroots humanitarian efforts carried out alongside the local residents benefiting from them.

(Originally published in Japanese. Banner photo: Nakamura Tetsu, at left, in 2009, and Ogata Sadako in 2002. Both photos © Jiji.)